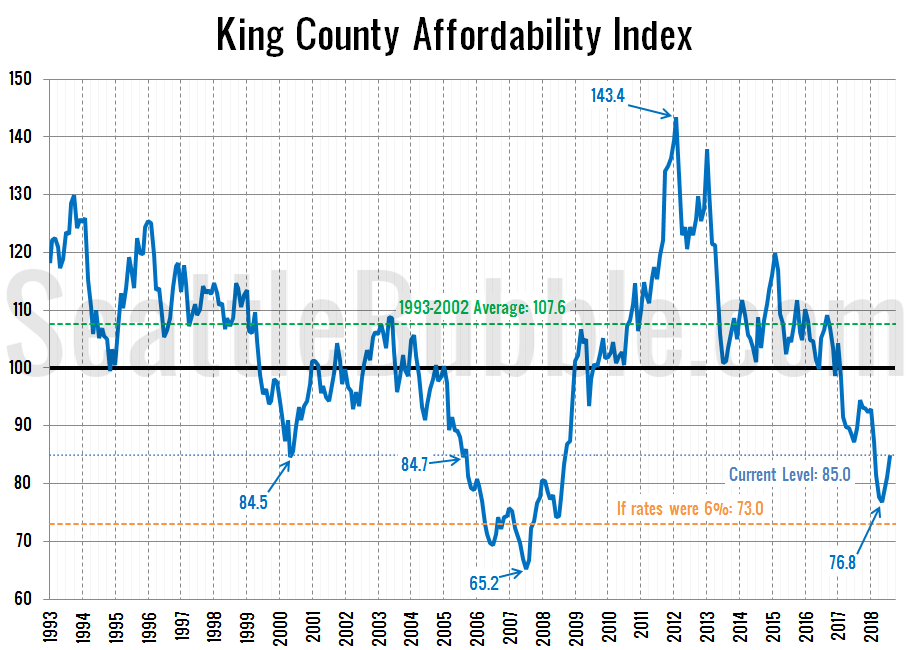 By popular request, let’s take a look at our affordability index charts for the counties around Puget Sound.

As of August, the affordability index has bounced up slightly from its May low (which was the lowest point since nearly a decade ago in July 2008), but still sits at the very low level of 85.0.

For context, eighty-six percent of the 306 months on record back through 1993 have had a higher affordability index than what we had in August 2018.

An index level above 100 indicates that the monthly payment on a median-priced home costs less than 30% of the median household income. 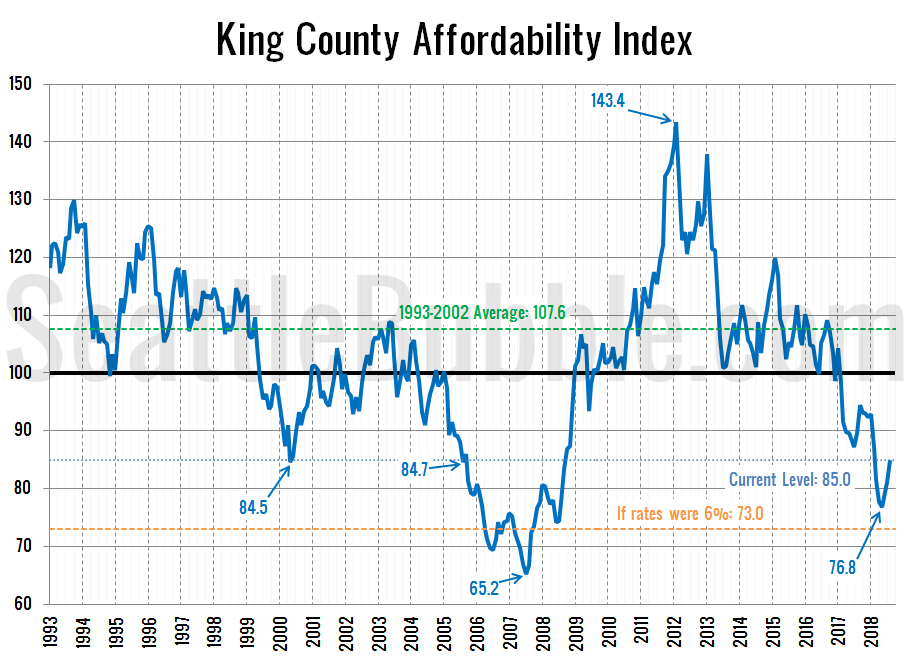 If rates went up to a more historically “normal” level of 8 percent (the average rate through the ’90s), the affordability index would be at 59.1—six points below the record low level that was set in July 2007.

The entirety of the bump in the affordability index over the last few months is due to slipping home prices, which peaked in May at $726,275 and have since fallen $57,275 to $669,000. I suspect that the near-record-low levels of affordability may be a big factor in why sales have slowed (and thus inventory has increased) this year.

Meanwhile, while mortgage interest rates did climb late last year and early this year, they have been relatively stable over the last few months. 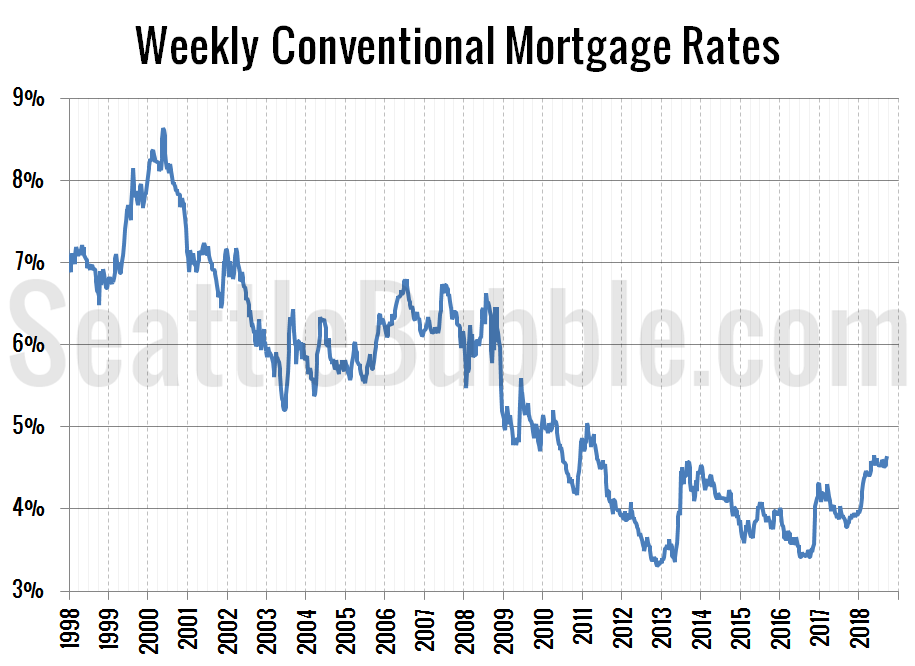 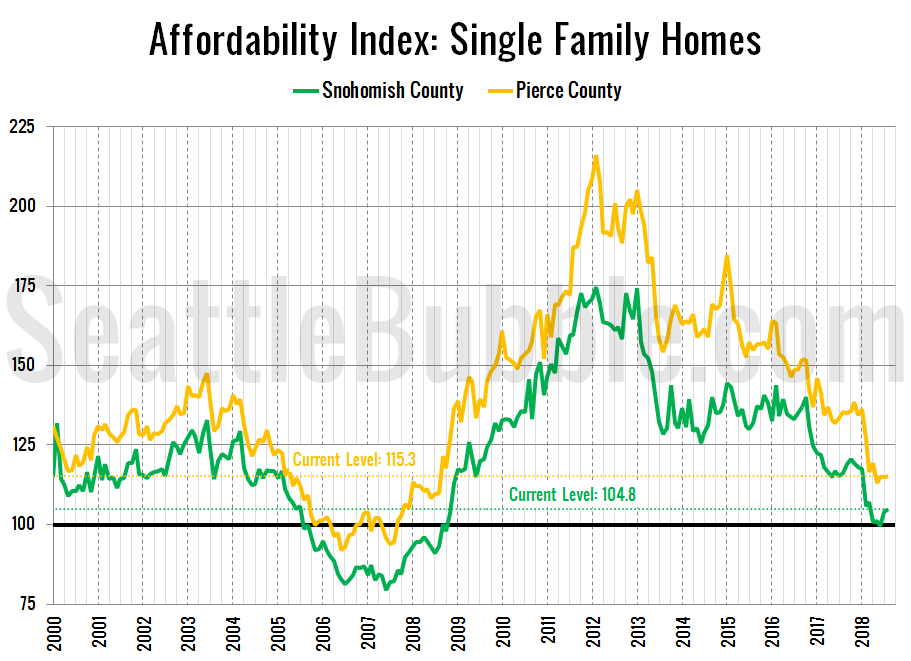 The affordability index in Snohomish currently sits at 104.8, while Pierce County is at 115.3. Both down considerably over the last few years, and at levels comparable to late 2008. 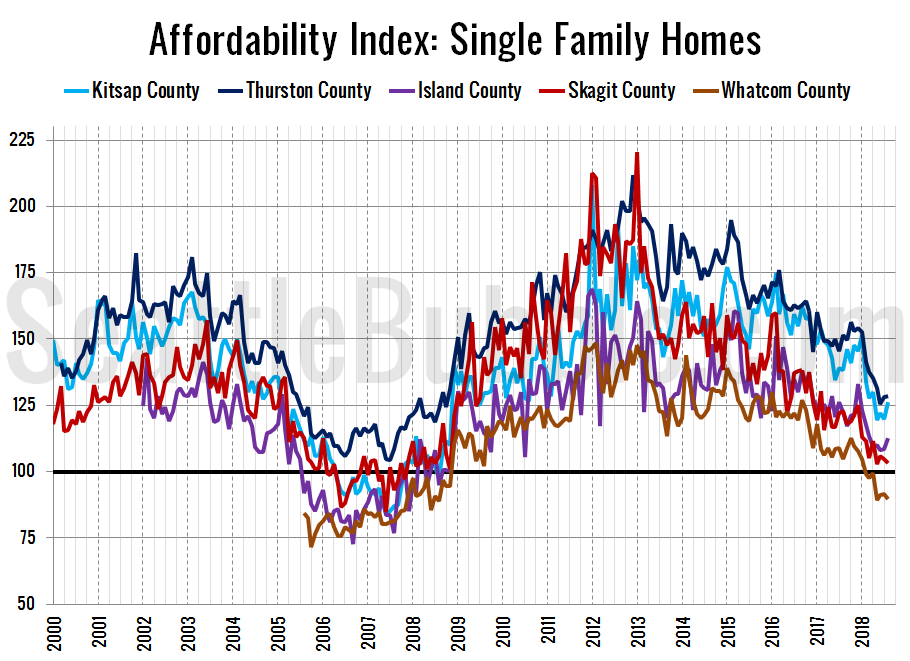