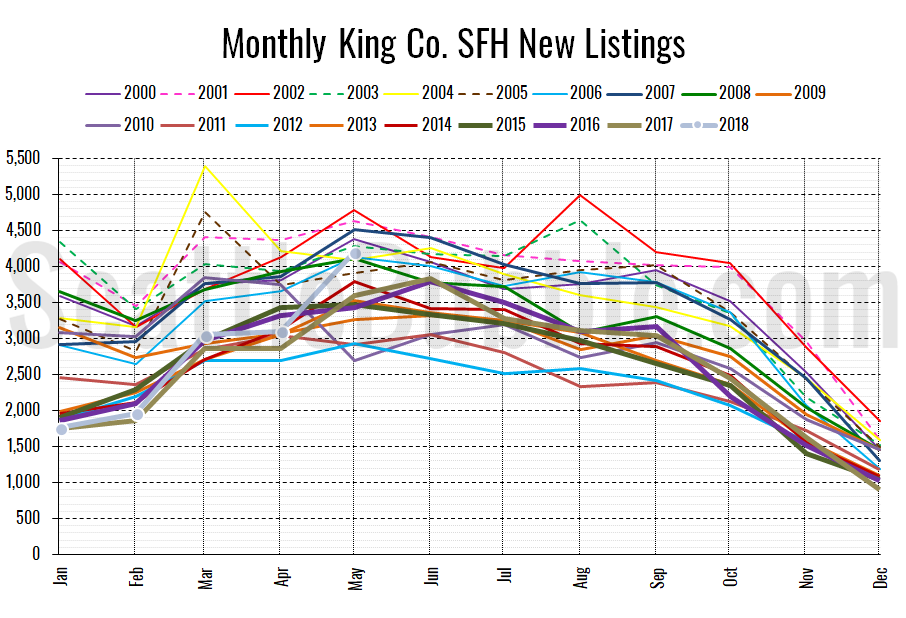 May market stats have been published by the NWMLS, but their press release isn’t out yet, so let’s just dive into the numbers.

The big news in this month’s numbers is the big bump in both new listings and total on-market inventory. The last time we had more than 4,000 new single-family listings in a single month in King County was July 2007.

If that month sounds familiar it may be because that was also coincidentially (?) the month that home prices peaked in the Seattle area during the previous housing bubble. Hmm…

In my opinion it is still too early to call an inflection point yet, but this surge in listings definitely has my attention. 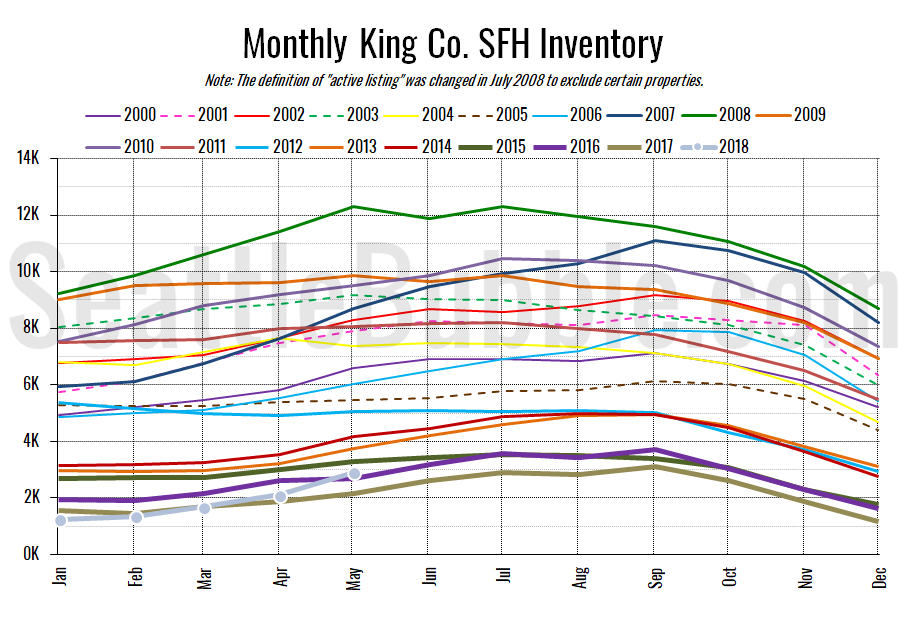 Inventory rose thirty-seven percent from April to May, and was up thirty-six percent from last year. That’s a non-trivial increase.

New listings were up seventeen percent from a year ago, and hit their highest level in over a decade. 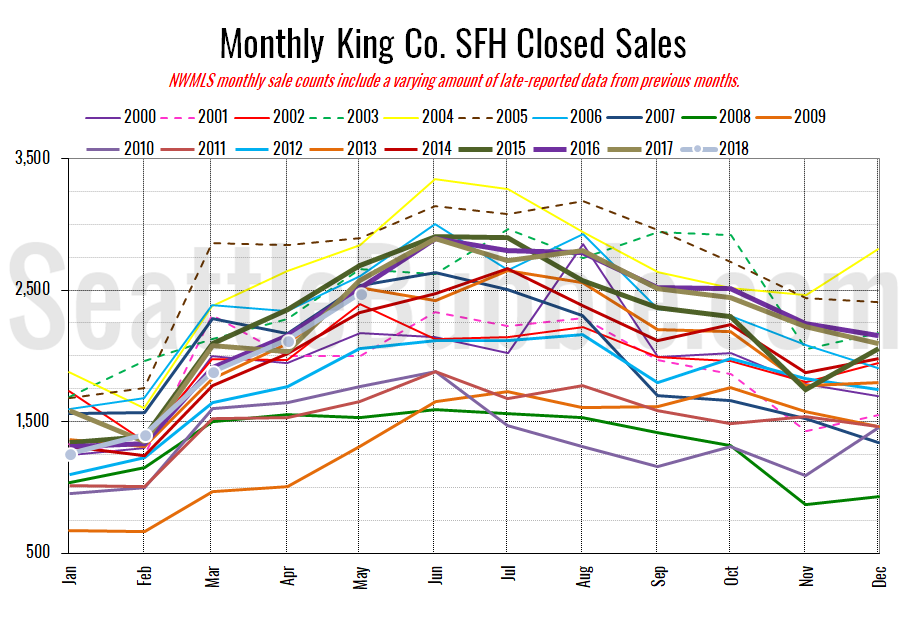 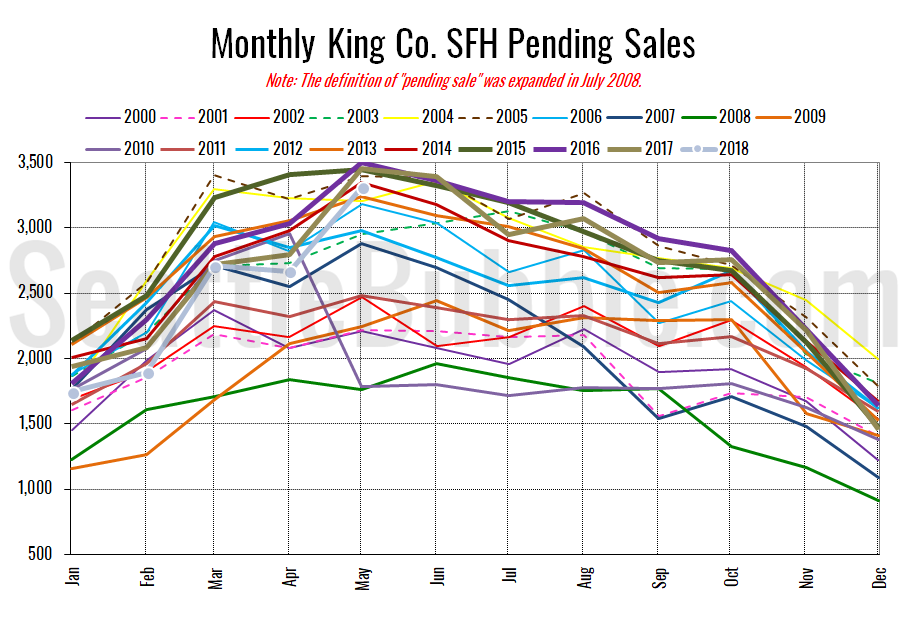 Pending sales were up twenty-four percent from April to May, and were also down four percent year-over-year. 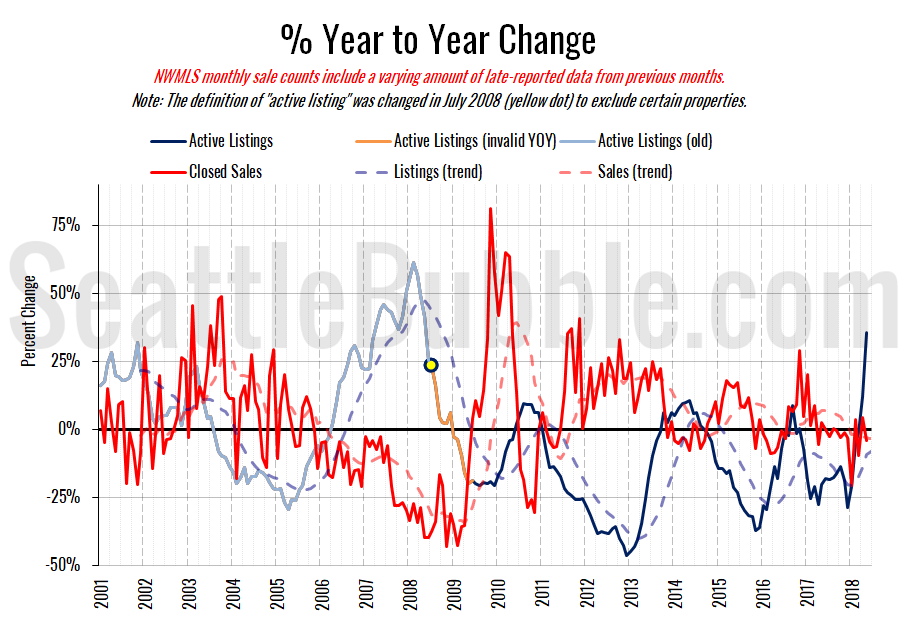 That is a huge spike up into the black for the inventory/supply line. For buyers’ sake, I hope the trend continues and isn’t just a one-month flash. 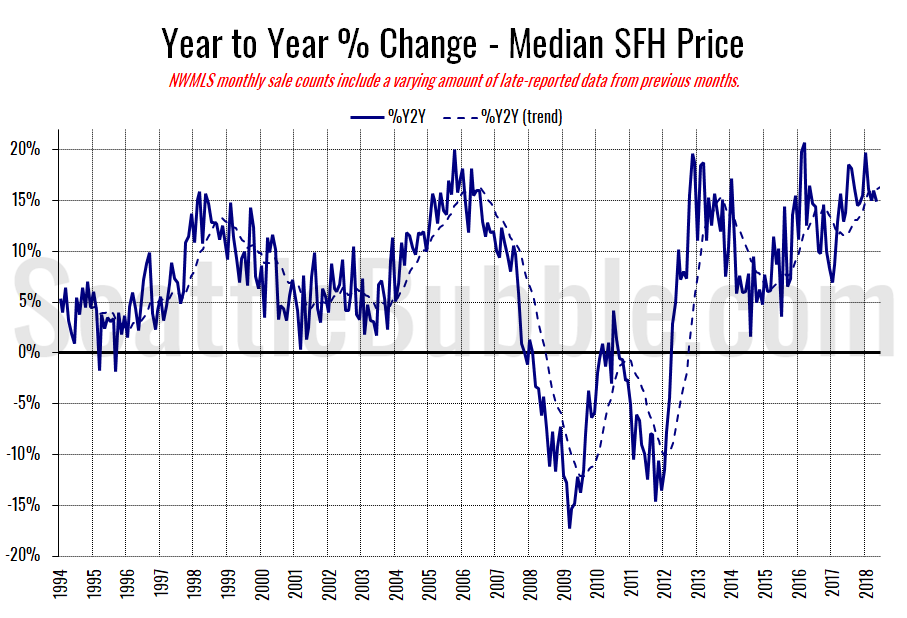 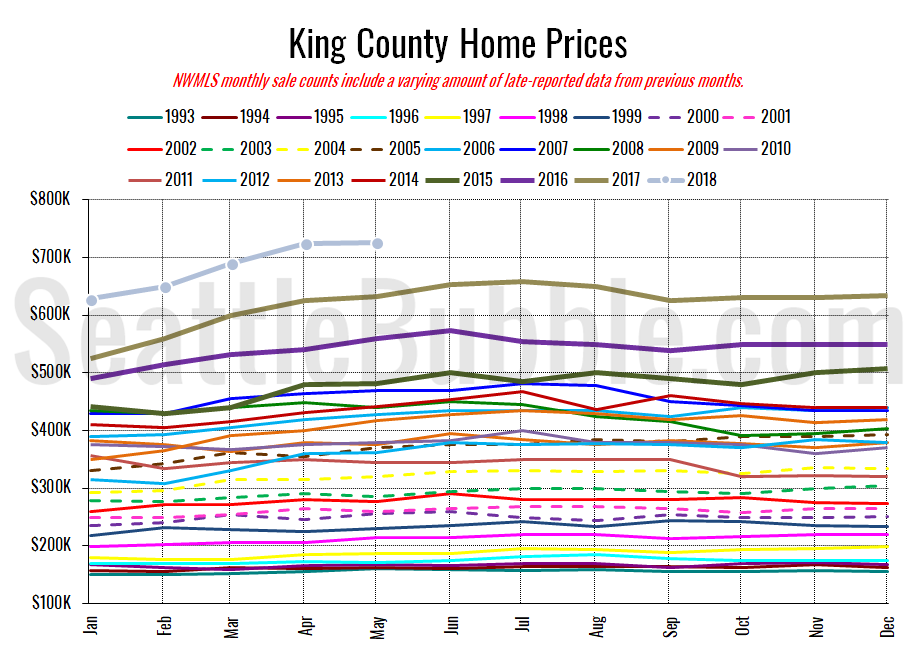 The Seattle Times hasn’t posted a story yet, when they do I’ll likely update this post.