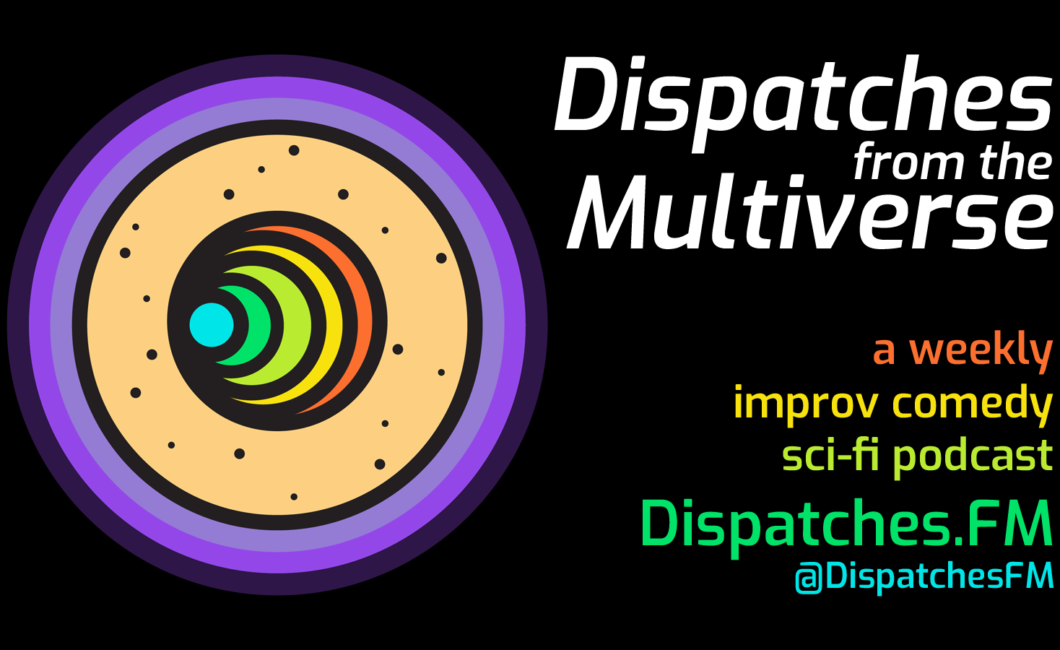 Yes, I finally jumped on the podcasting bandwagon. No, it’s not a real estate show. It’s an improv comedy sci-fi show called Dispatches from the Multiverse about an inventor who accidentally invents a machine that opens portals to other dimensions.

Hi, I’m Max. I’m an engineer and inventor. A couple years ago I sold my self-driving virtual reality software company to Amazon for a few hundred million dollars. After my contract at Amazon was up, I started working on my next major market disruption: a quantum bagel toaster.

I thought I finally had a working prototype that would project an instant bagel-toasting vortex onto any surface, but when I put the bagel on it, the bagel fell through and disappeared. After some experimentation I came to a stunning realization…

I know this sounds crazy, but it seems that I have accidentally invented a device that opens a portal to another dimension.

Each week I visit a new dimension and I’m documenting my incredible travels and discoveries on this podcast.

If that sounds funny and/or entertaining to you, subscribe and listen on iTunes, Stitcher, Google Play, or just go listen on the show website. Each episode is about twenty minutes long and we’re releasing new ones each week on Tuesday morning.

Thanks in advance for checking it out, and enjoy the show!

Now back to your regularly scheduled programming…