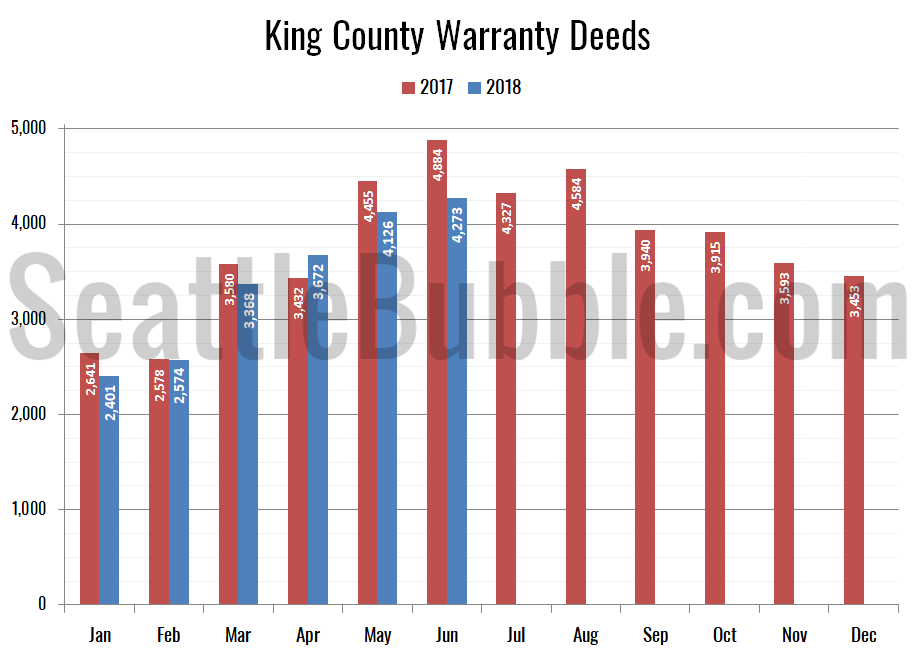 Last month we noticed a big surge in listings in King County in our preview data for May, and in June it looks like the trend is getting stronger. On-market listings of single-family homes nearly hit their highest point in four years in June, surging 28 percent in a single month.

The overall summary for June is that sales edged up from May, but saw the biggest year-over-year decline since April 2011. Listings shot up and are starting to form a very interesting trend. Foreclosures are still few and far between. 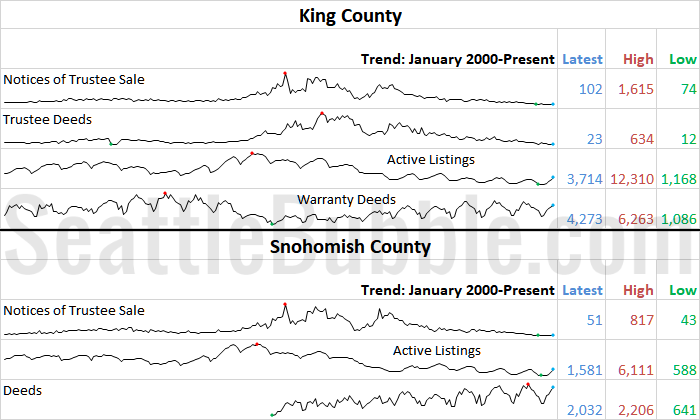 Since this is still the biggest news, let’s start with an update of the inventory charts, updated with previous month’s inventory data from the NWMLS. 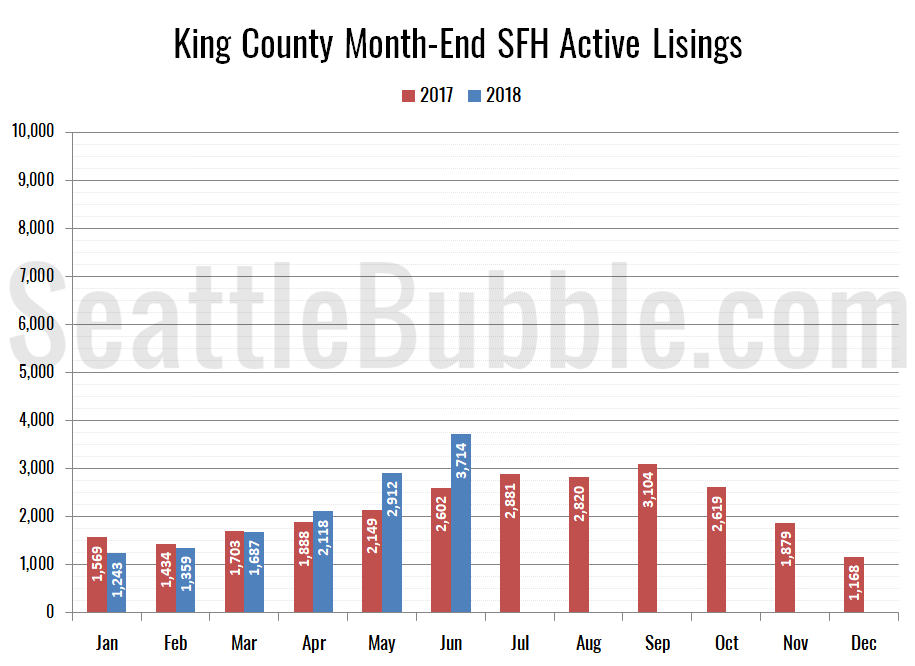 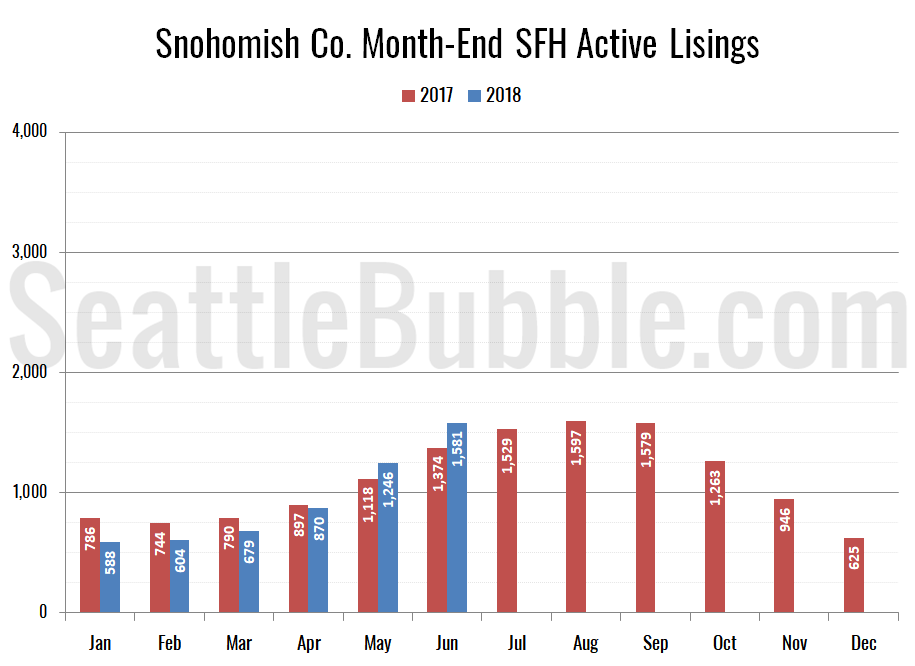 The number of homes on the market in King County shot up twenty-eight percent in June. Last month I was concerned that the surge might be a data collection error, but the NWMLS official numbers confirmed it, and the trend is getting stronger. Year-over-year listings were up 43 percent from June 2017, which is the largest year-over-year listings increase since April 2008.

In Snohomish County the inventory gains were still smaller at fifteen percent, but they are picking up some steam as well. 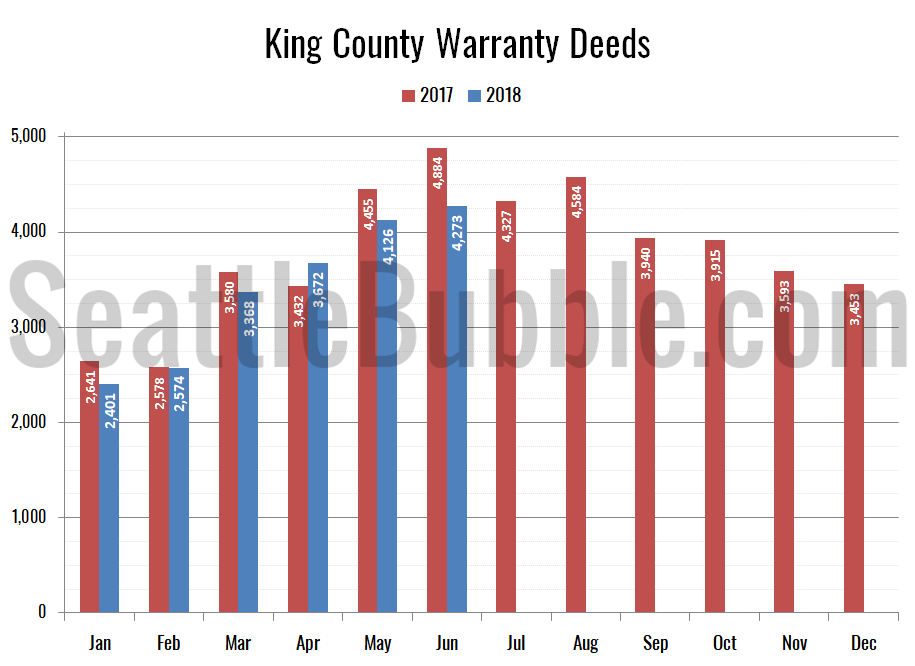 Sales in King County increased four percent between May and June (a year ago they rose ten percent over the same period), but were down thirteen percent year-over-year.

It’s still far too early for buyers to throw a party to celebrate the market turning in their favor, but the increasing supply and softening demand we’ve seen in the last few months is definitely encouraging. 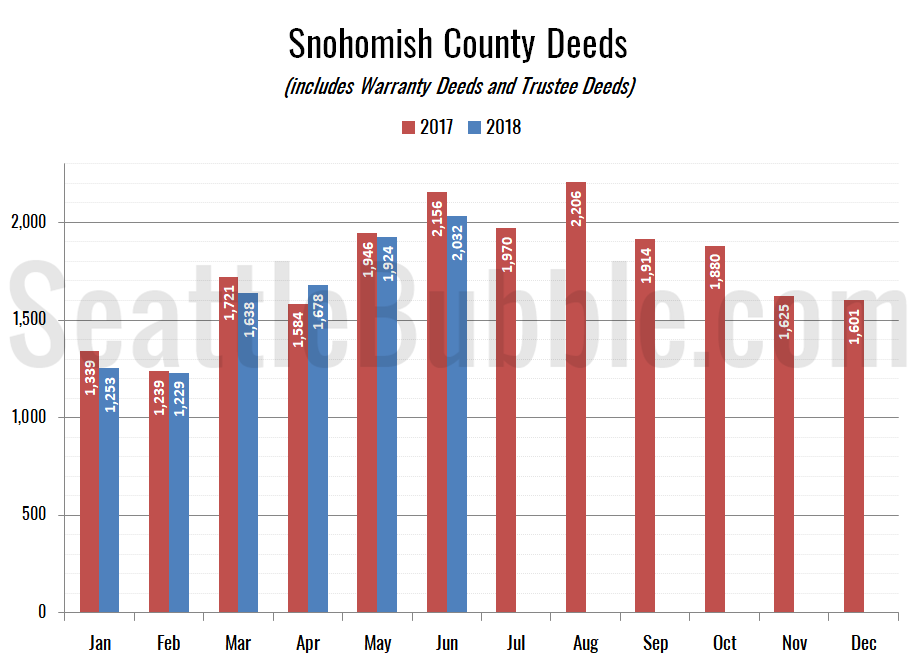 Deeds in Snohomish increased six percent month-over-month (vs. a eleven percent increase in the same period last year) and were down six percent from a year earlier. 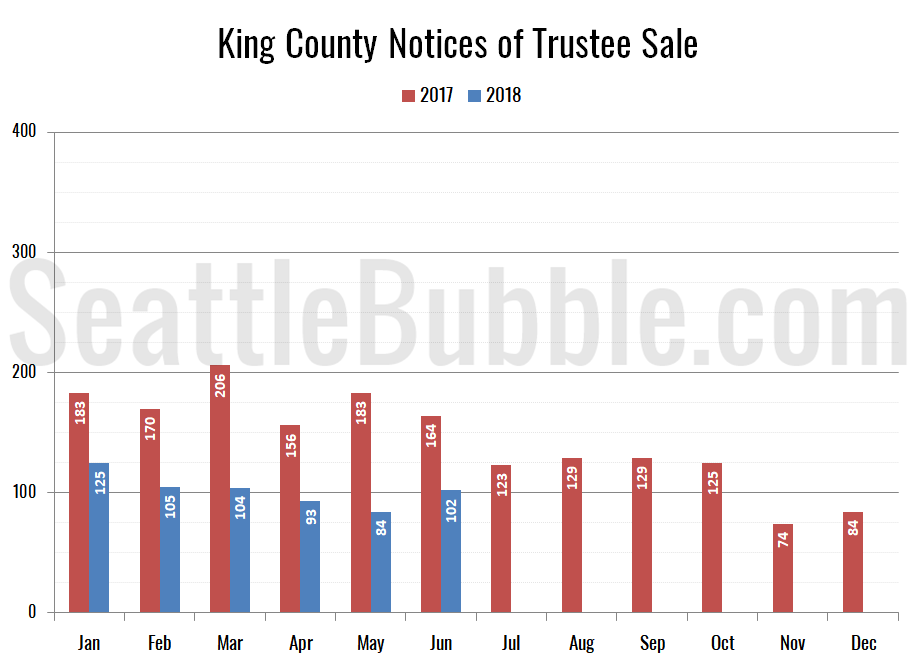 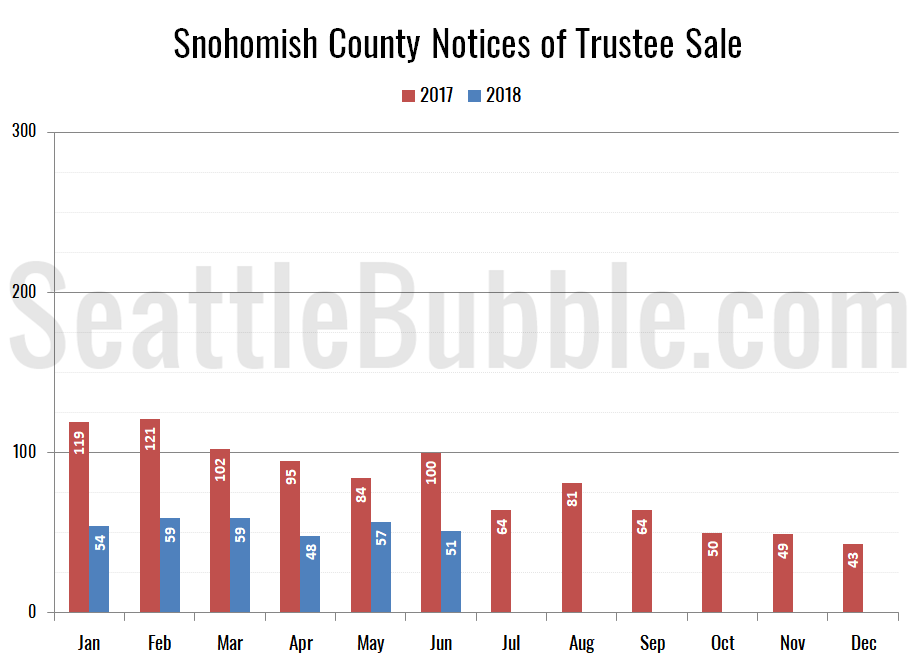 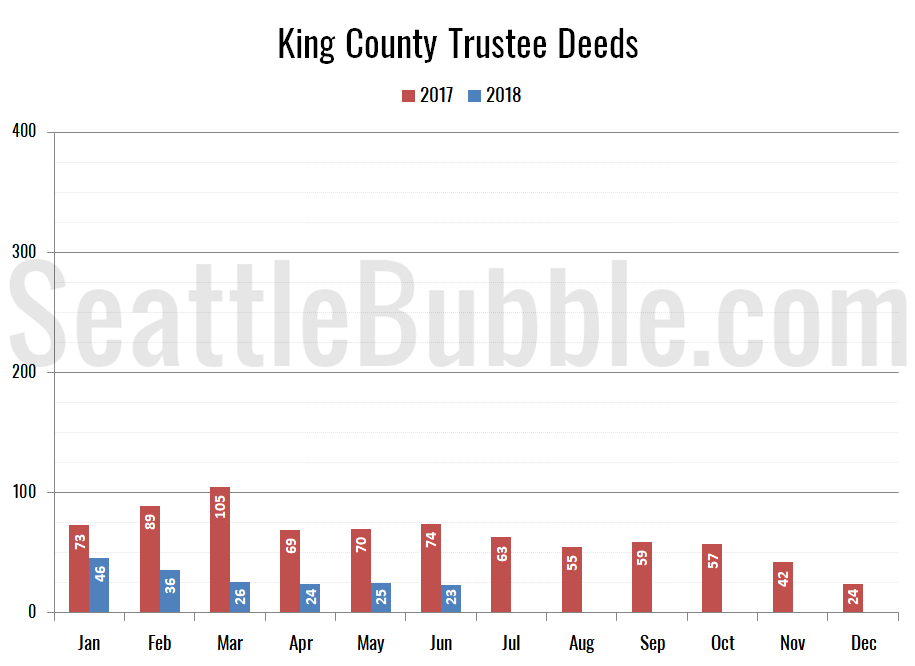 Trustee Deeds were down sixty-nine percent from a year ago. The only time there have been fewer trustee deeds than we’ve seen over the last few months was August through October of 2003.