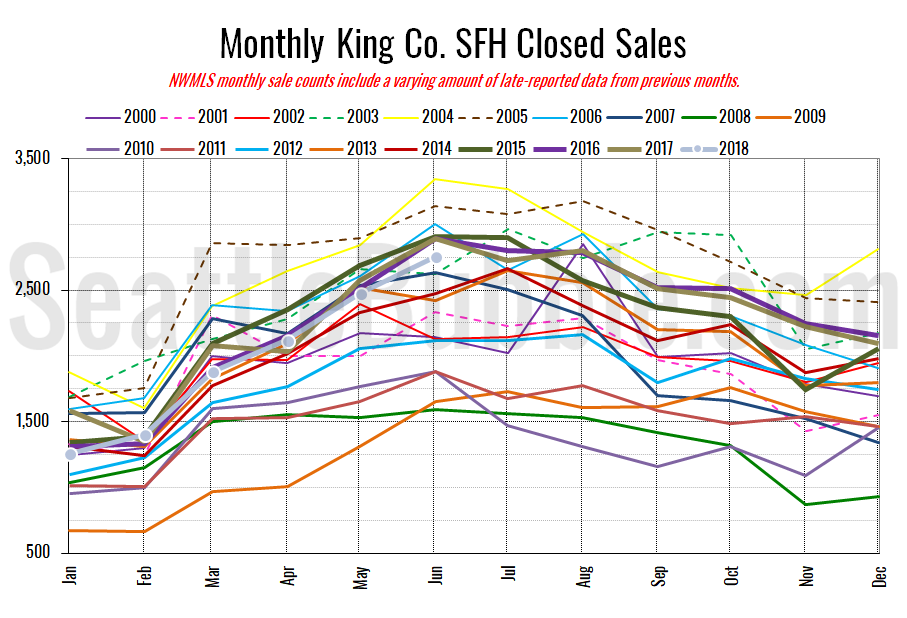 June market stats were published by the NWMLS last week. Here’s a quick look at the home salesperson spin via their press release:

Home buyers around many parts of Washington state had more choices and less competition during June, prompting some industry leaders to comment on “a feeling of change in the market.”

“Inventory is up and demand has dropped,” reported Robert Wasser, an officer with the board of directors at Northwest Multiple Listing Service. That combination is “a pretty simple economic recipe for a softening market,” he added in commenting on the latest MLS statistics.
…
“Although still a quick response market, with more new listings coming on the market during the summer months, we experienced dispersed buyer energy due to the greater availability and selection,” stated J. Lennox Scott, chairman and CEO of John L. Scott Real Estate.

No need for alarm! It’s just a “simple economic recipe”! 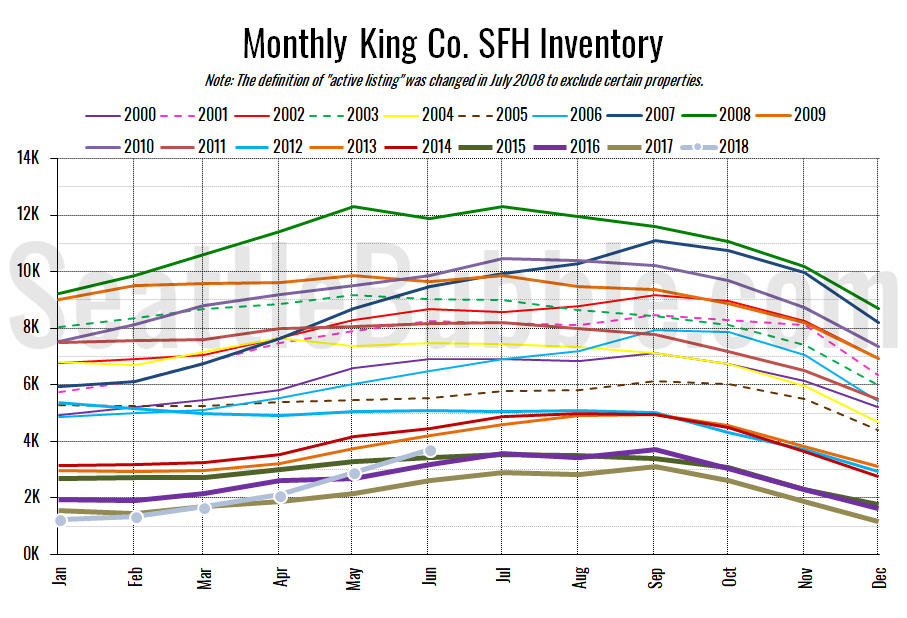 Inventory rose twenty-eight percent from May to June, and was up forty-three percent from last year. We’re definitely forming an interesting trend now. This year has seen listings building up a lot faster than any recent year. Meanwhile, sales are softening, too… 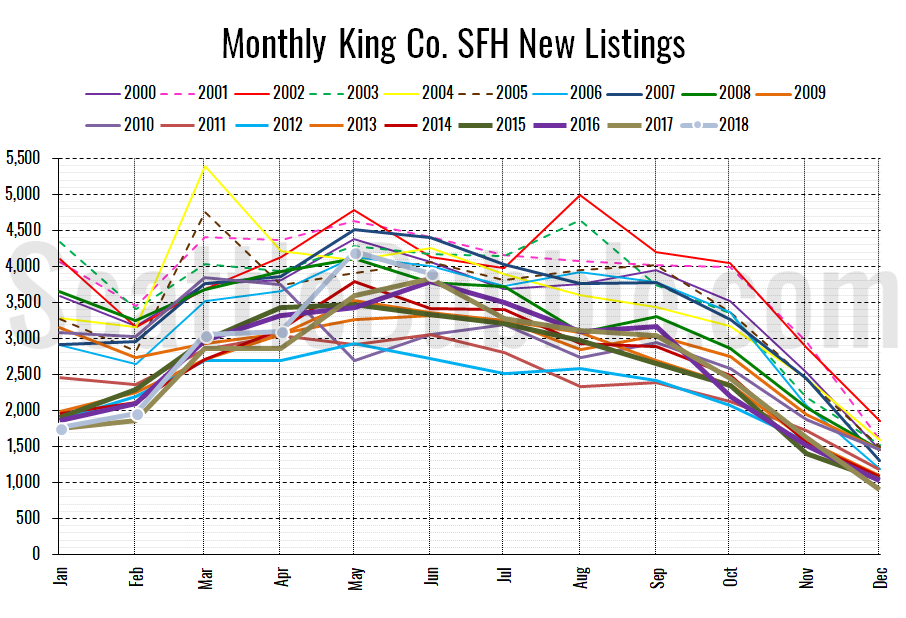 New listings were up two percent from a year ago, but dipped slightly from the record high level posted in May. 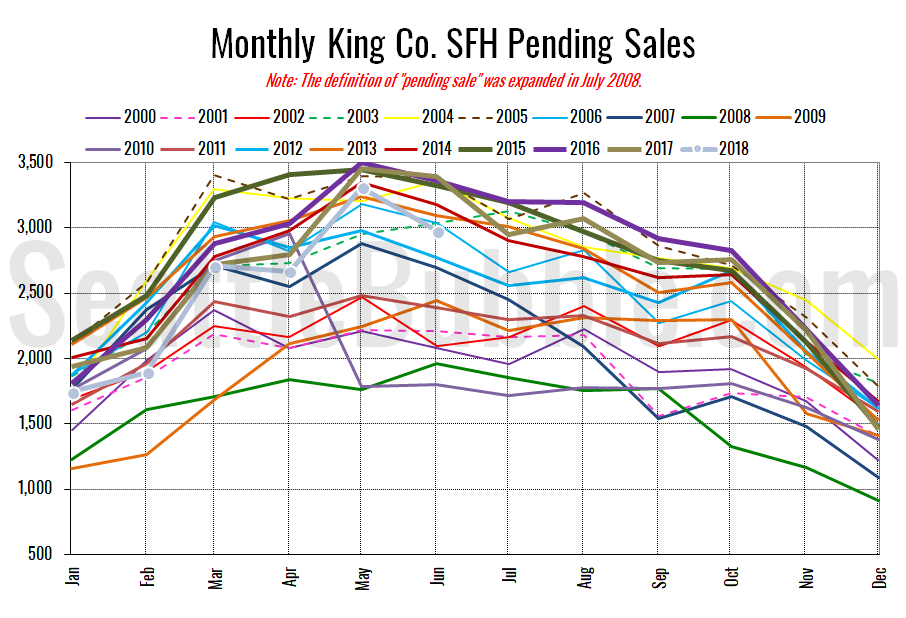 Pending sales were down ten percent from May to June, and were down twelve percent year-over-year. 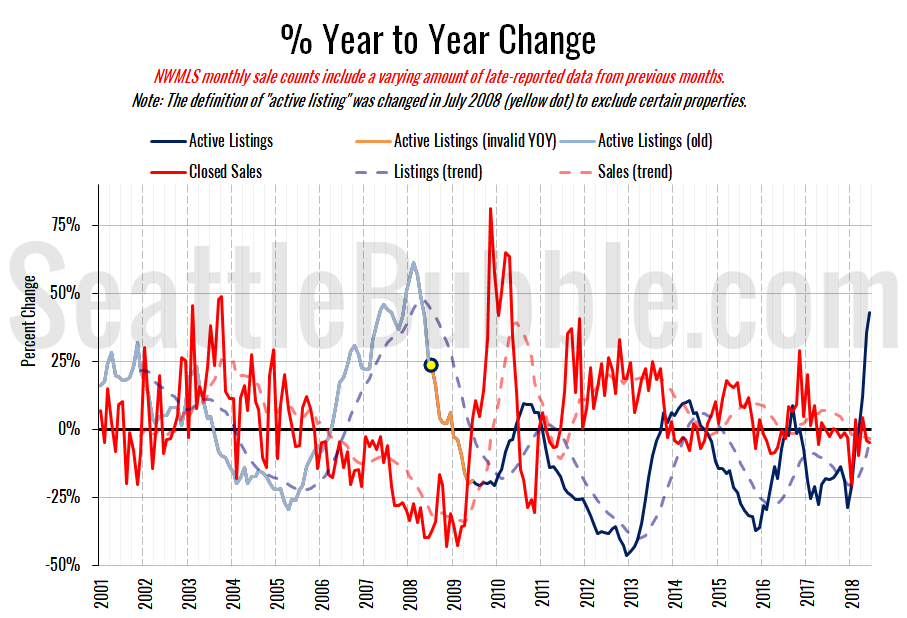 The recent surge in listings is extremely evident in the above chart. June saw the largest year-over-year listings increase since April 2008. 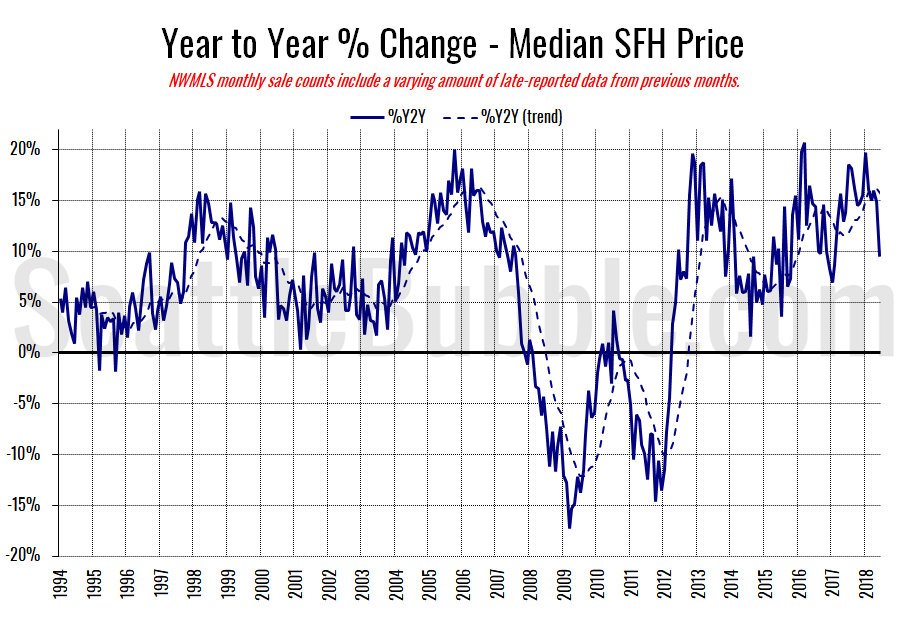 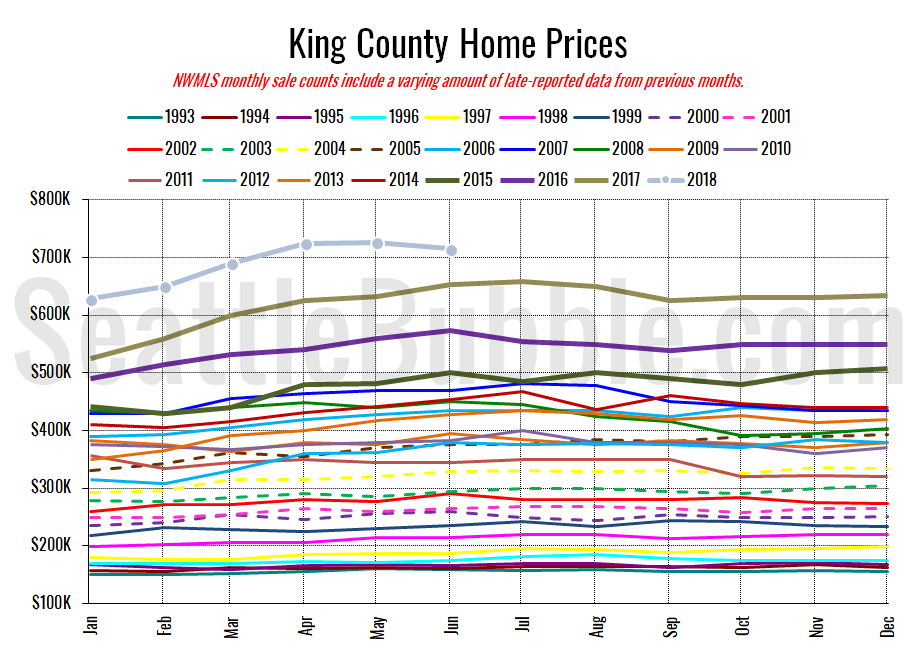 It’s interesting to me that we’ve been flat to slightly down since April. That’s a pretty big deviation from normal years. Between 2000 and 2017, April to June has seen an average gain of 3.5 percent. Over the last six years the lowest gain we’ve seen over those months was 4.2 percent. This year prices fell 1.4 percent. Very curious.