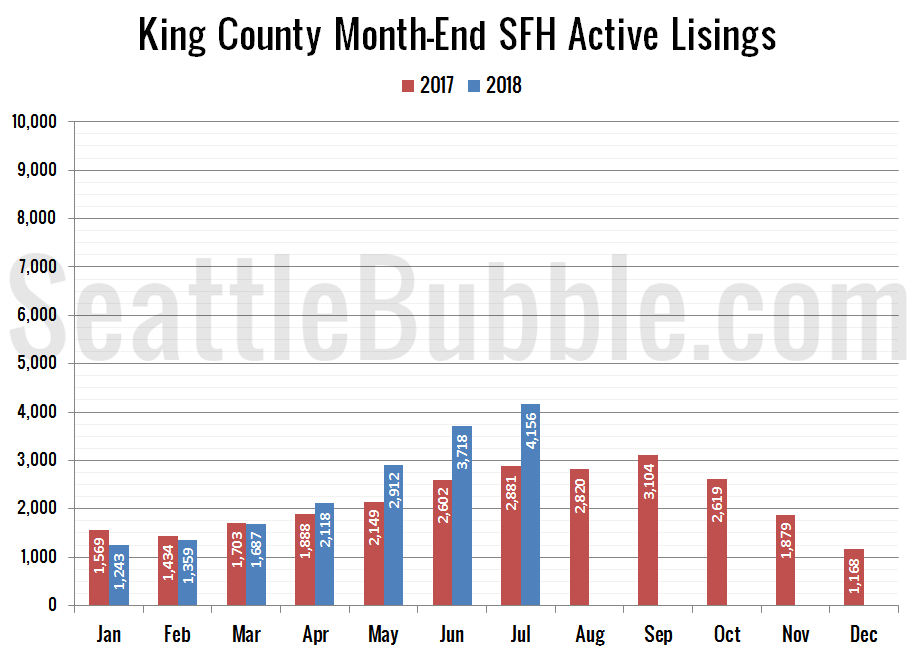 The 2018 listings surge continued in July, with on-market single-family inventory hitting its highest level since October 2013.

Here’s the overall summary for July: Sales fell both month-over-month and year-over-year. Listings shot up yet again. Foreclosures are still at all-time lows. 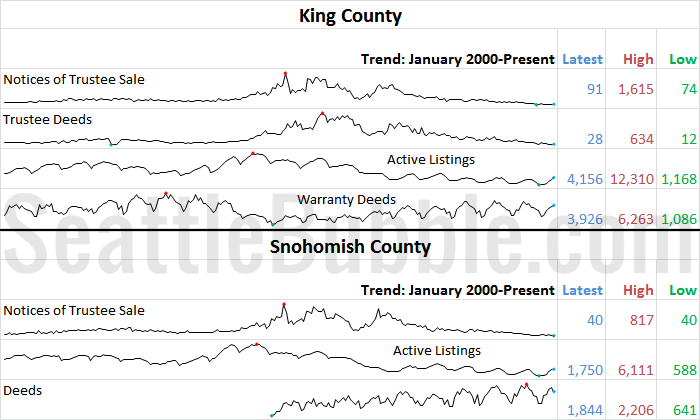 Since it is still the most interesting thing going on in the market today, let’s start with an update of the inventory charts, updated with previous month’s inventory data from the NWMLS. 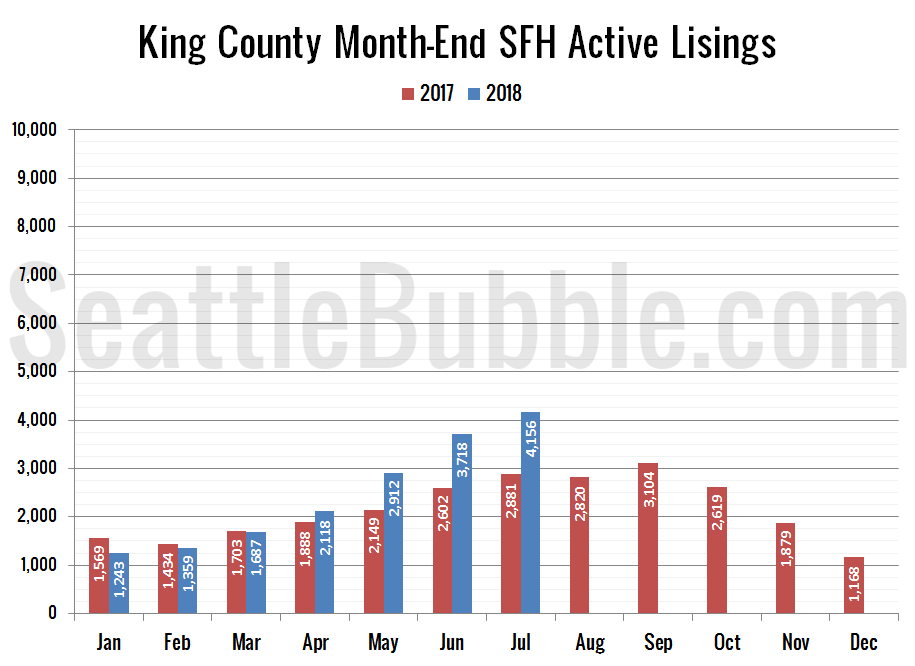 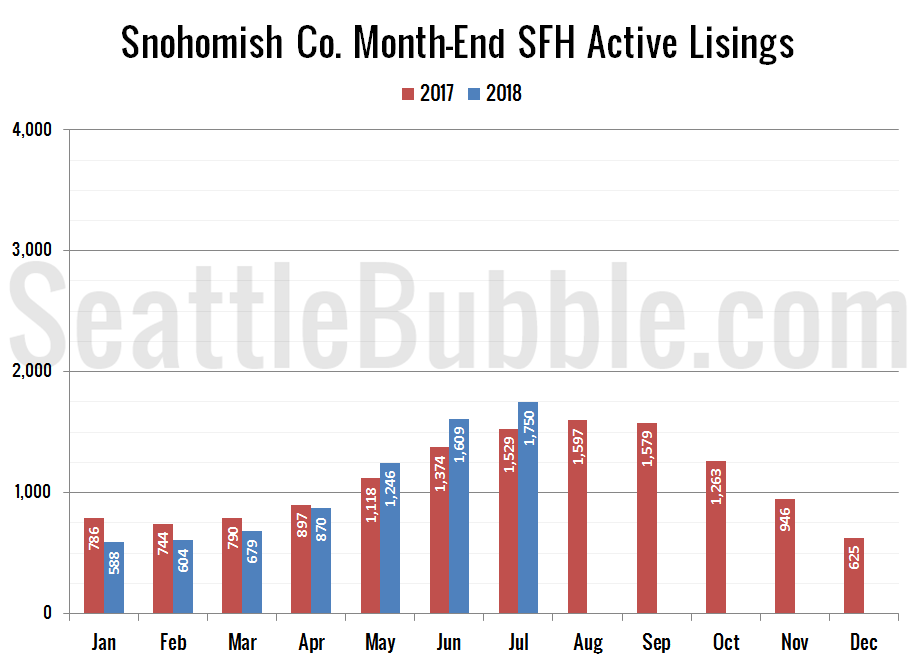 In Snohomish County the month-over-month inventory increase was smaller at nine percent, and the year-over-year growth was fourteen percent. 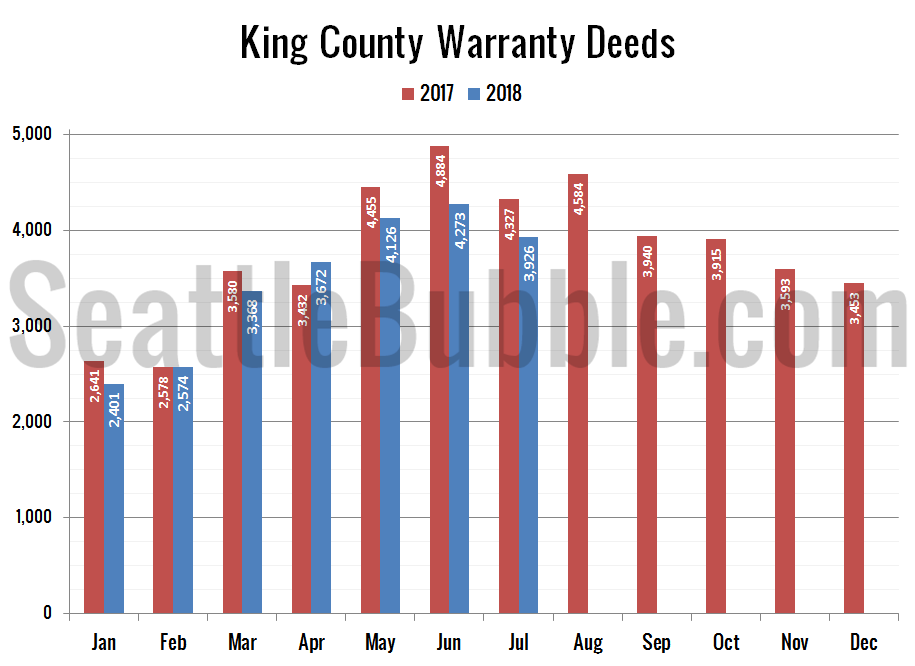 Sales in King County fell eight percent between June and July (a year ago they fell eleven percent over the same period), and were down nine percent year-over-year.

If I’m a hopeful home buyer, I’m definitely encouraged by the trend over the last few months, even if the market is still pretty tight right now. At least things are moving in a more favorable direction. 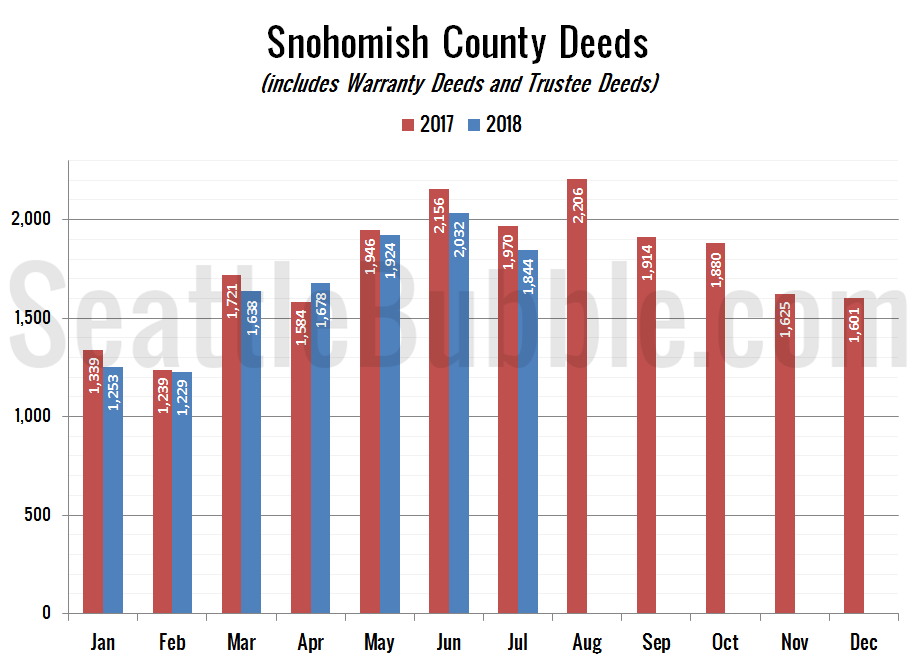 Deeds in Snohomish dropped nine percent month-over-month (about the same as the same period last year) and were down six percent from a year earlier. 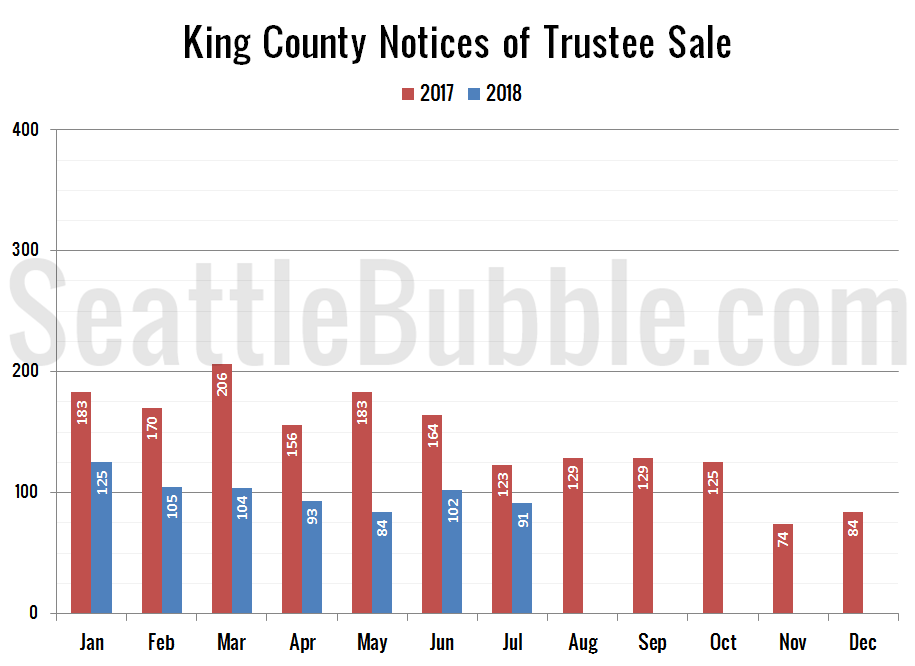 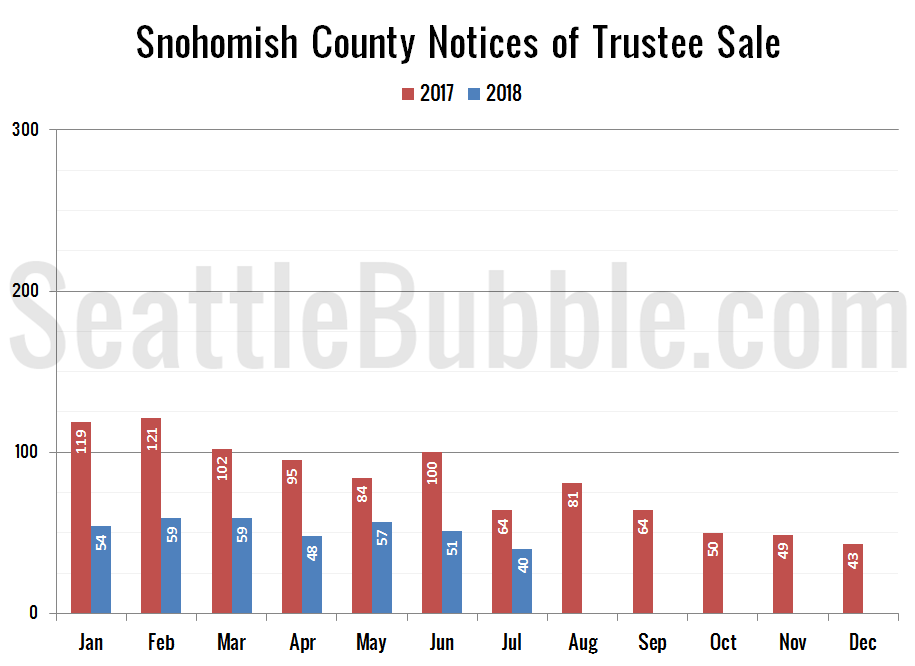 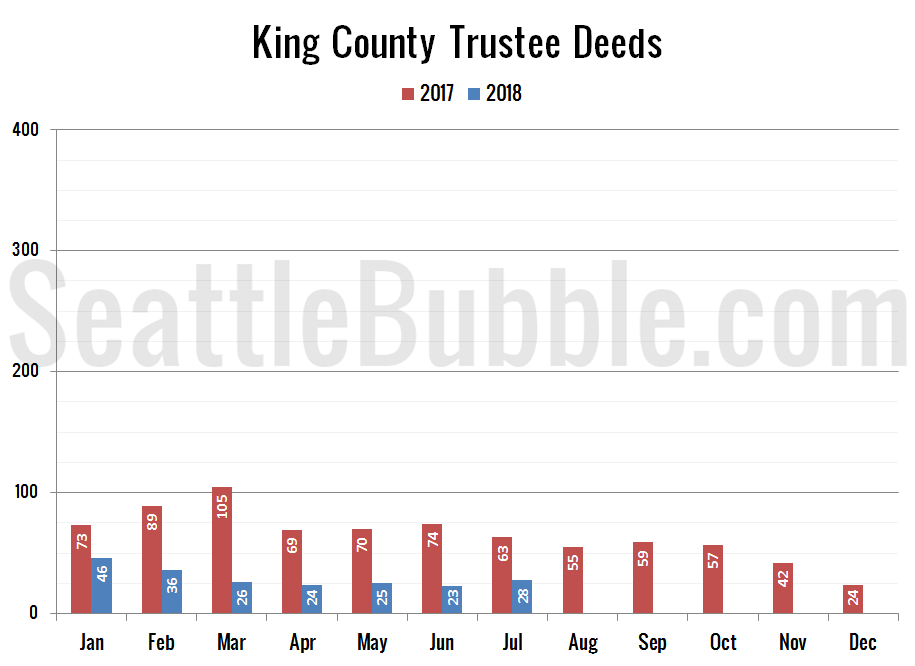 Trustee Deeds were down fifty-six percent from a year ago. The only time there have been fewer trustee deeds than we’ve seen over the last few months was late 2003.