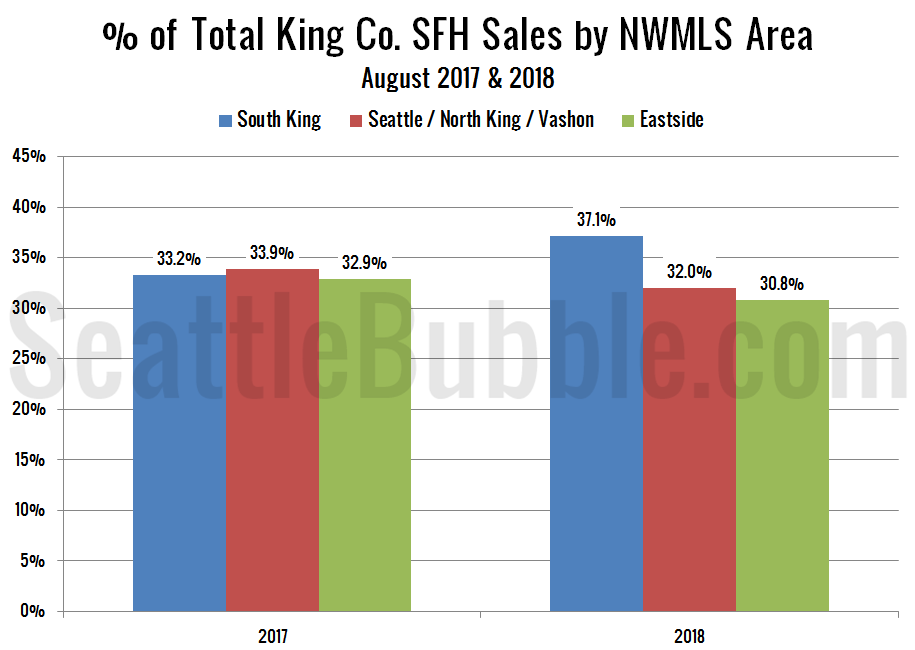 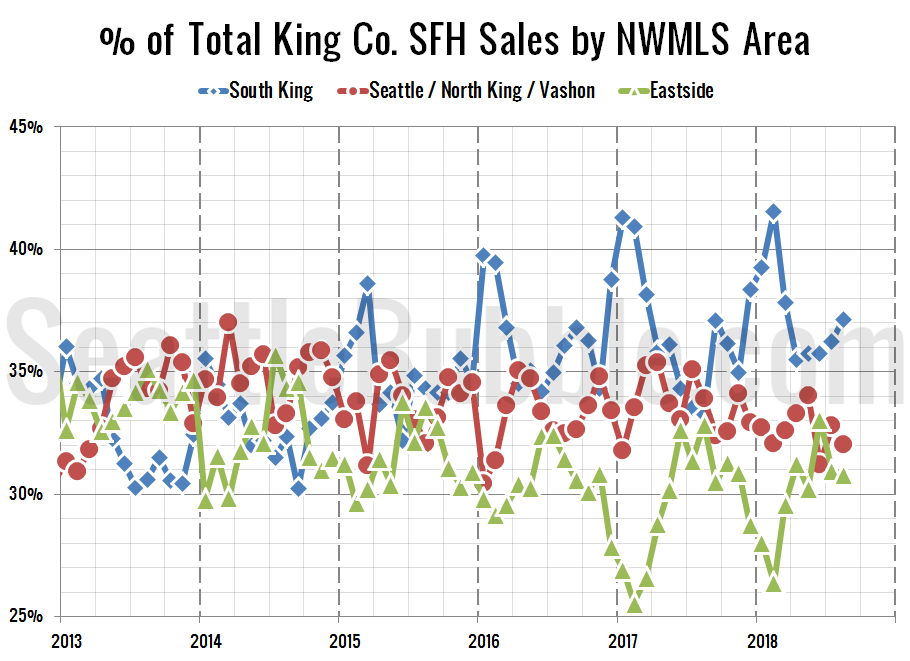 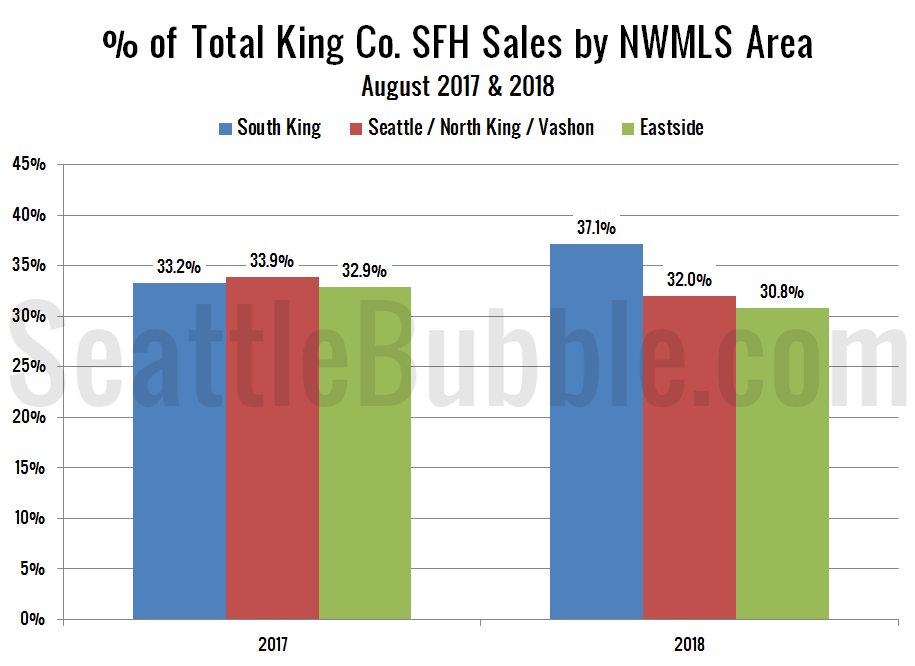 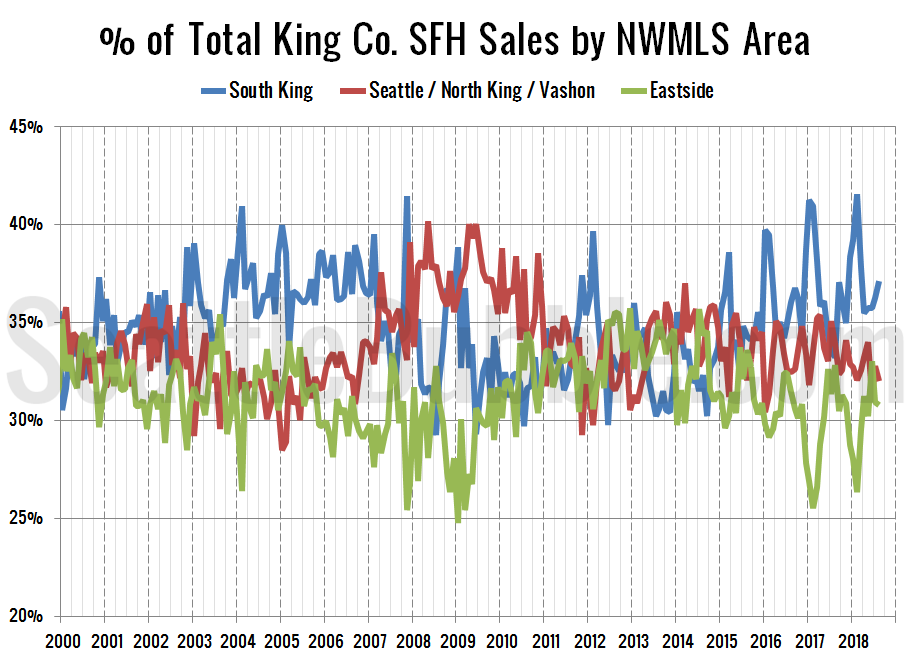 We’re still seeing the same pattern this year that we saw during the bubble years of 2004-2006—a much larger percent of sales taking place in the low tier regions and a lower sales share for the high tier Eastside regions. 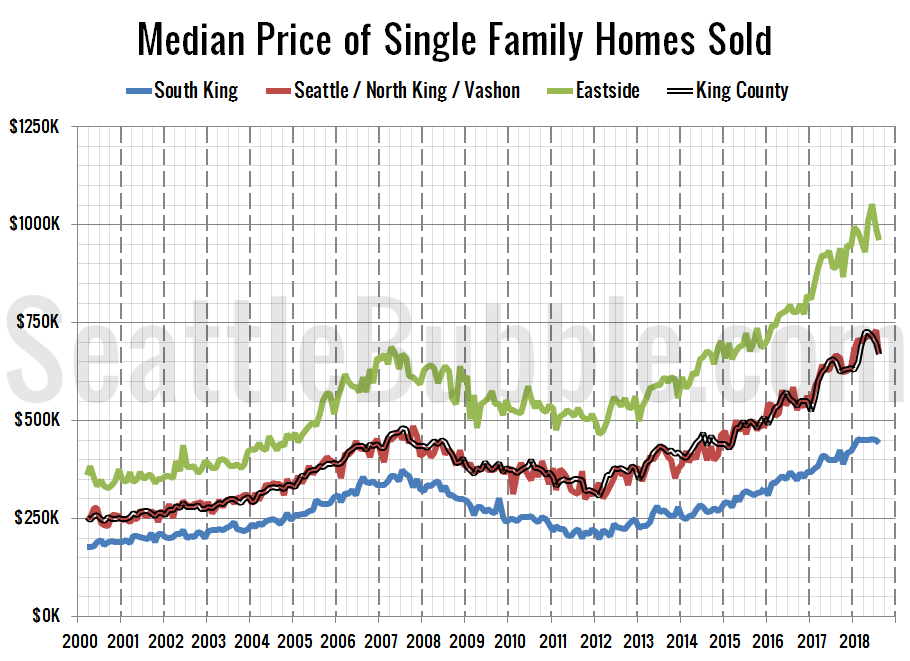 Twenty-five of the twenty-nine NWMLS regions in King County with single-family home sales in August had a higher median price than a year ago, while just nine had a month-over-month increase in the median price.