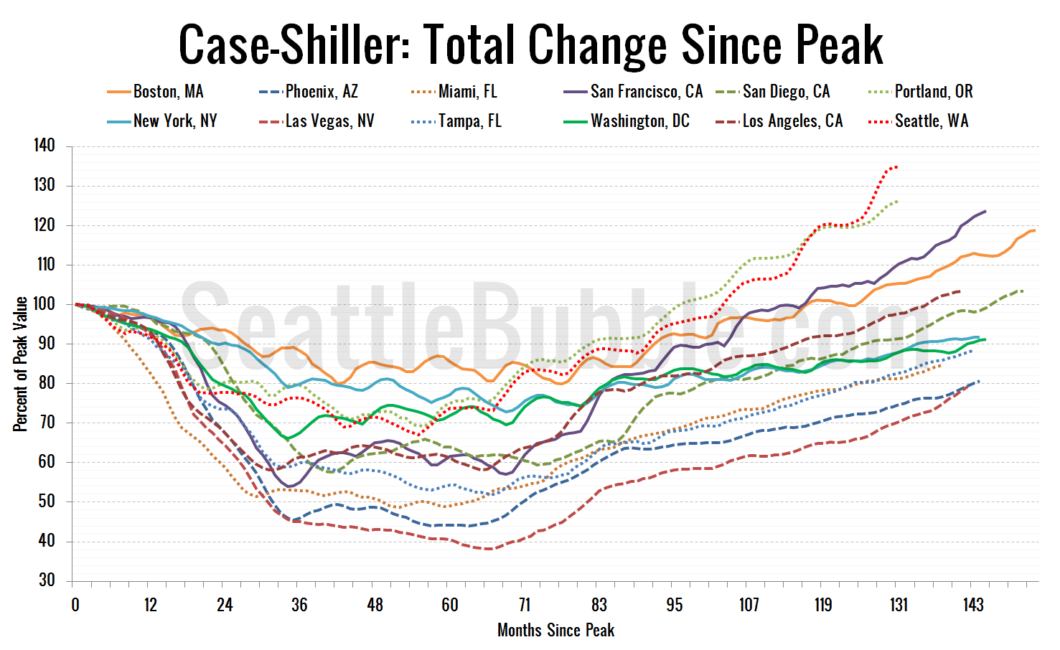 Let’s have a look at the latest data from the Case-Shiller Home Price Index. According to July data that was released today, Seattle-area home prices were:

Each month from February through May, Seattle had the biggest month-over-month gains of all twenty Case-Shiller markets. In June the rank fell to #8, and in July it dropped all the way to the bottom at #20. However, Seattle still has the second-highest year-over-year price growth. The only metro area with higher price growth from a year earlier in July was Las Vegas at 13.7 percent. 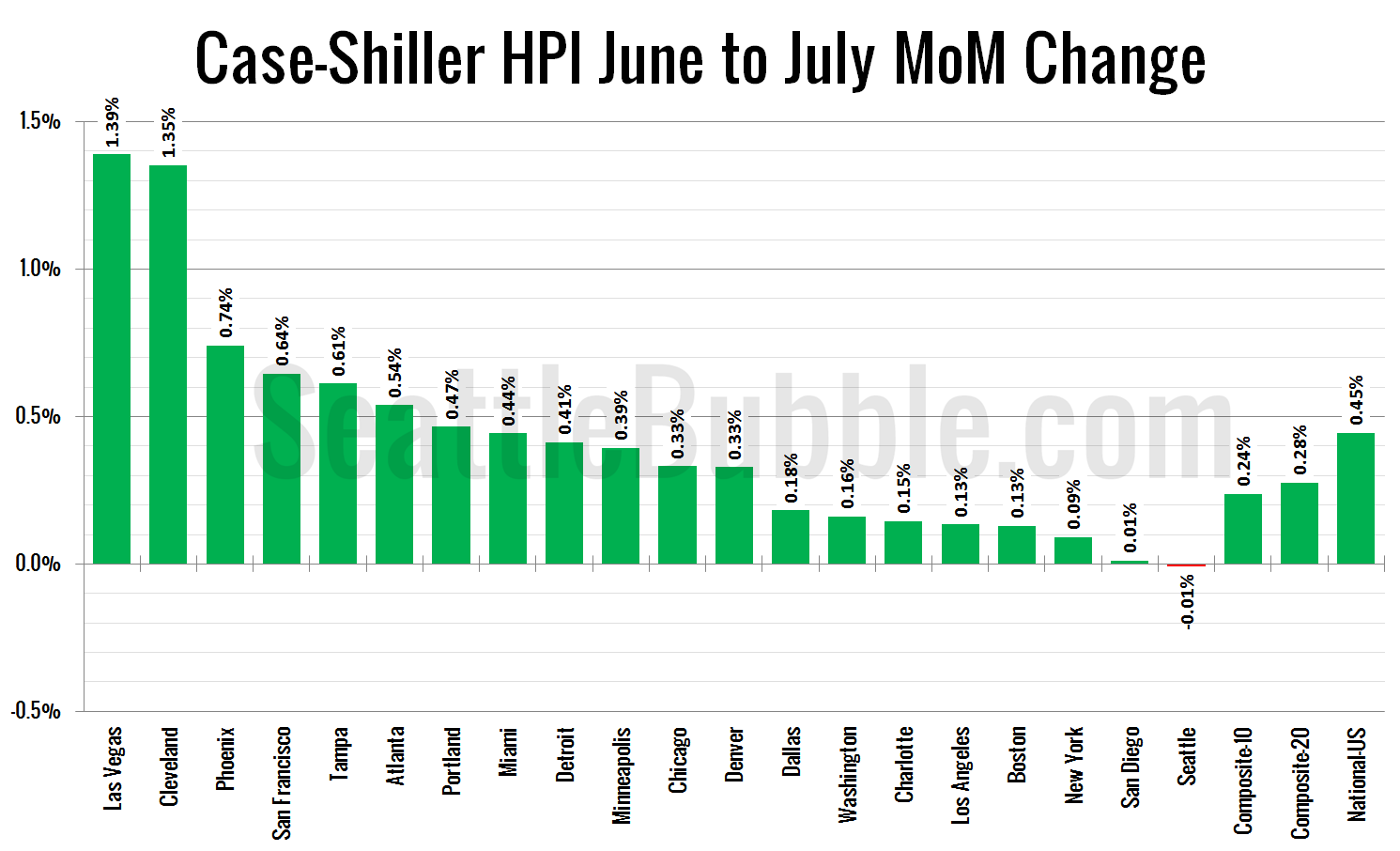 Seattle’s year-over-year price growth is falling. From September 2016 through May 2018 our market had the largest gains, but for the last two months Las Vegas has been on top.

Here’s the interactive chart of the raw HPI for all twenty metro areas through July. 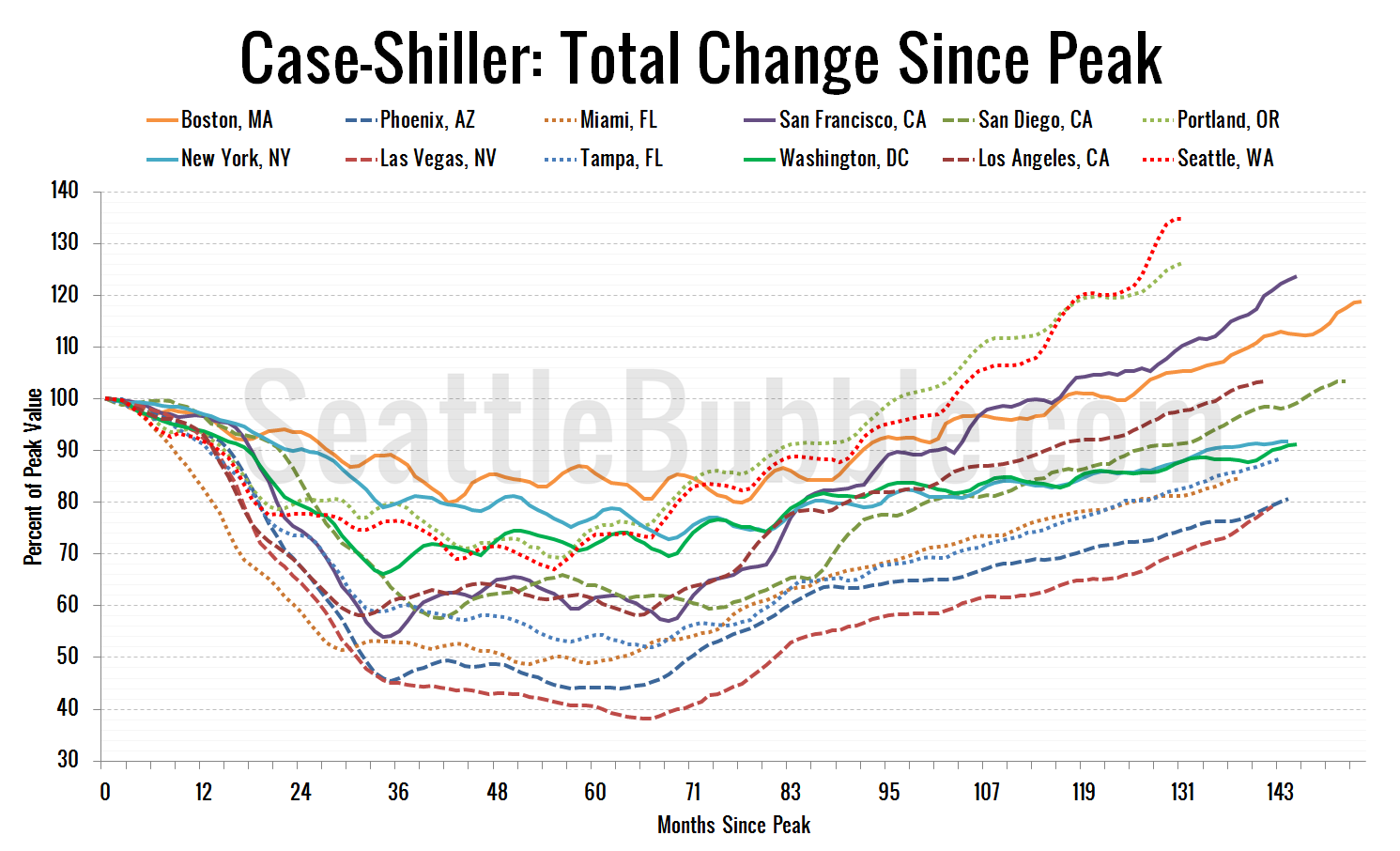 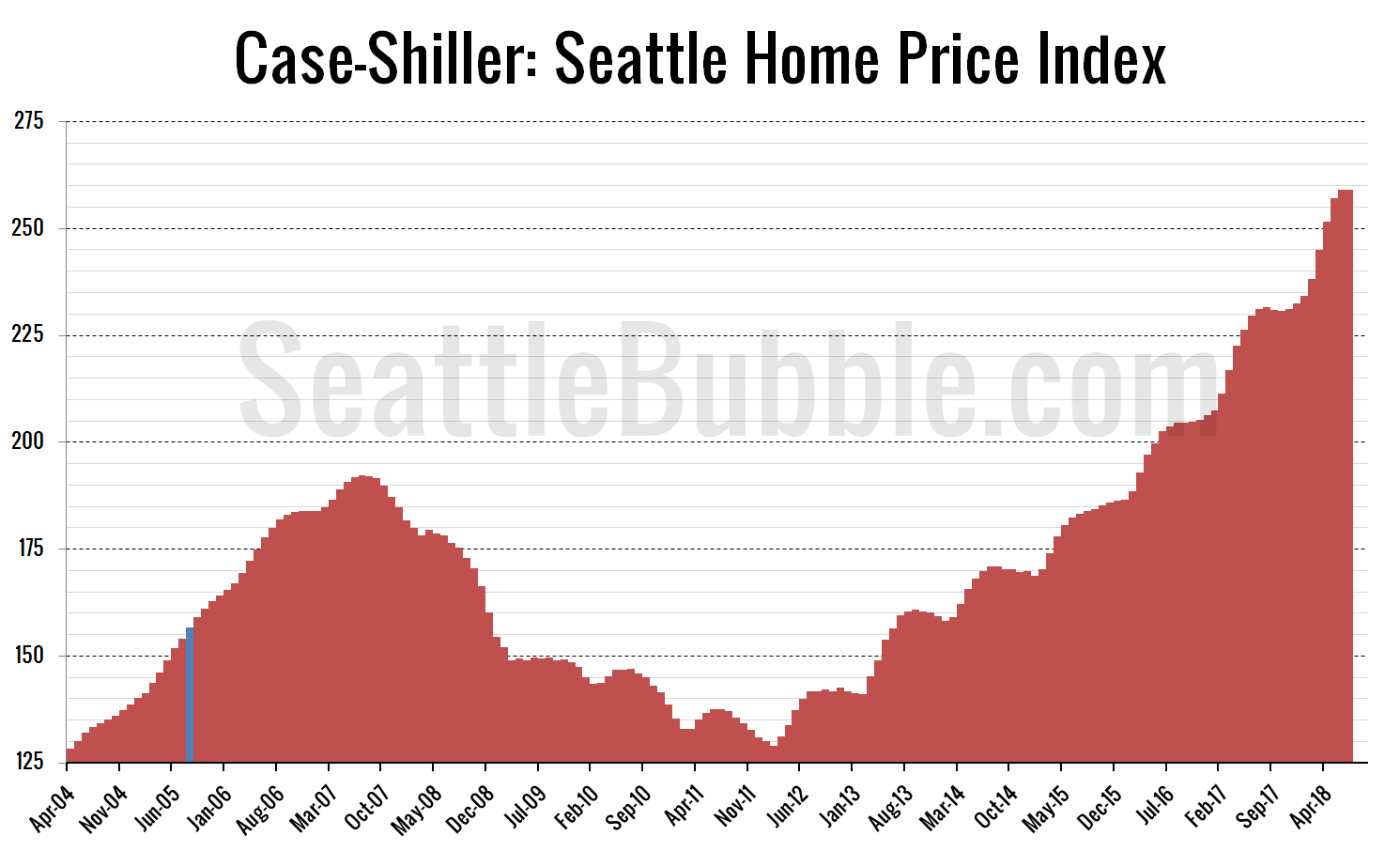 Here’s the Seattle Times’ story about this month’s numbers: As Seattle home prices dip, outer reaches of metro area are humming along