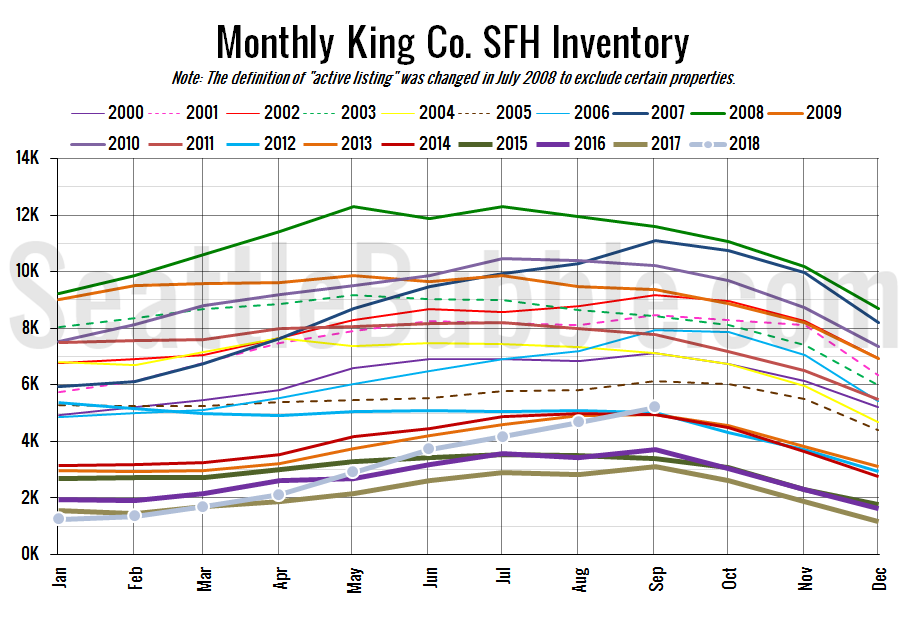 September market stats were published by the NWMLS today. Home prices have leveled off as sales continue to slip and inventory piles up. Year-over-year listing growth hit its highest level ever as the number of homes on the market reached its highest level since January 2012.

Balance “finally returning” to housing market as buyers welcome more choices, moderating prices
Housing inventory continued to improve during September while the pace of sales slowed in many counties served by Northwest Multiple Listing Service. “Balance is finally returning to the market, and with it, slowing home price growth,” stated OB Jacobi, president of Windermere Real Estate.
…
J. Lennox Scott, chairman and CEO of John L. Scott Real Estate, encouraged would-be buyers to “put extra focus on October,” which he described as the last great month for new listings until March 2019. “Over the winter, new monthly resale listings will lower by approximately 50 percent compared to summer months.” He also noted interest rates, currently in the upper 4 percent, are projected to rise in the coming months.
…
Despite slower sales, Northwest MLS spokespeople remain upbeat.

“The housing market close to the job centers has gone from a historic extreme-frenzy market in the spring down a few levels of hotness to a strong level of pending sales activity for new listings,” said Scott.

When is J. Lennox Scott ever not “upbeat” about the prospects for the housing market?

Trick question! The answer is never!

Inventory rose twelve percent from August to September, and was up 67.9 percent from last year. Before this year, the highest year-over-year inventory gain was 61.3 percent way back in February 2008. The last time there were over 5,000 homes on the market at the end of September was in 2012. 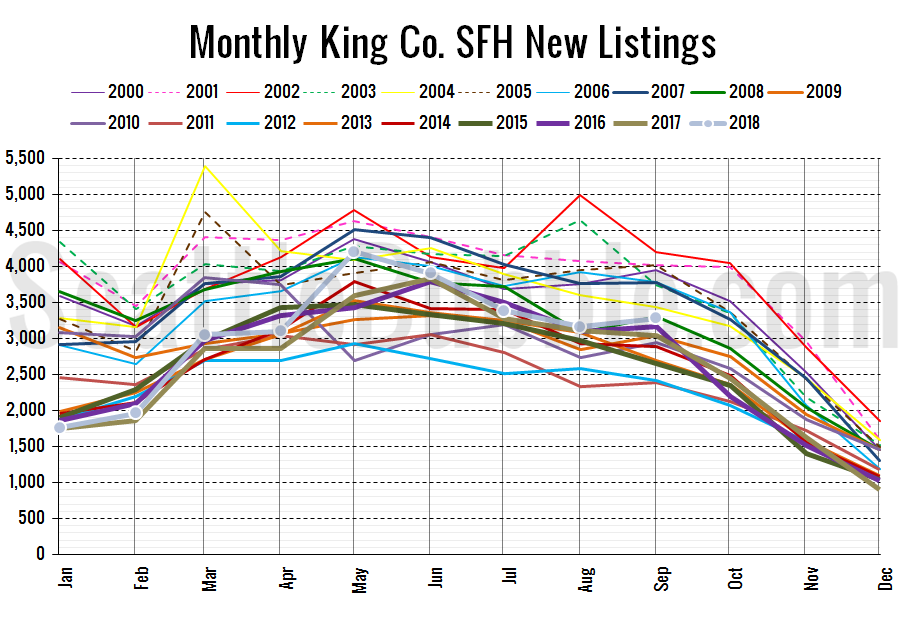 New listings were up eight percent from a year ago, and edged up slightly from August to September, which is fairly typical for this time of year. 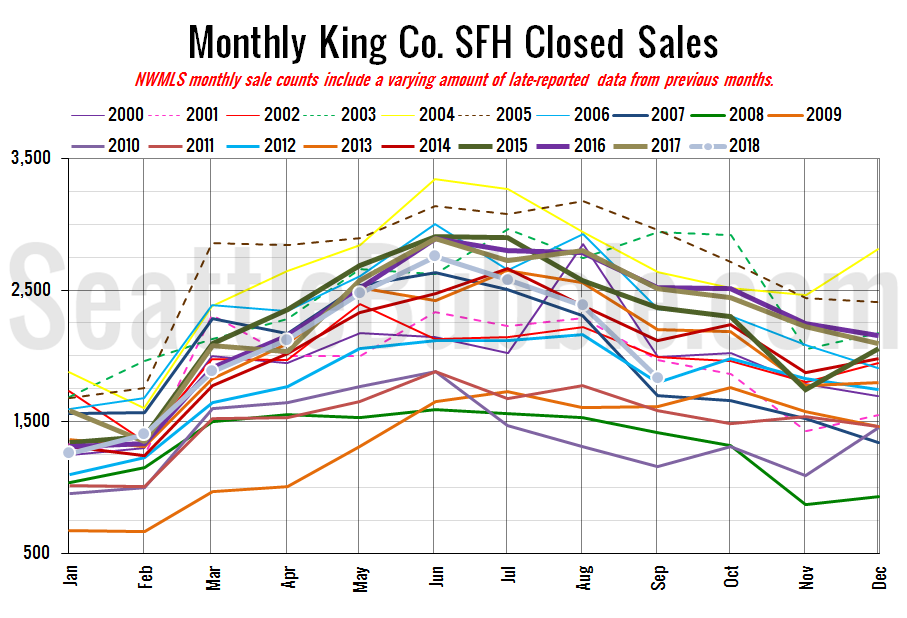 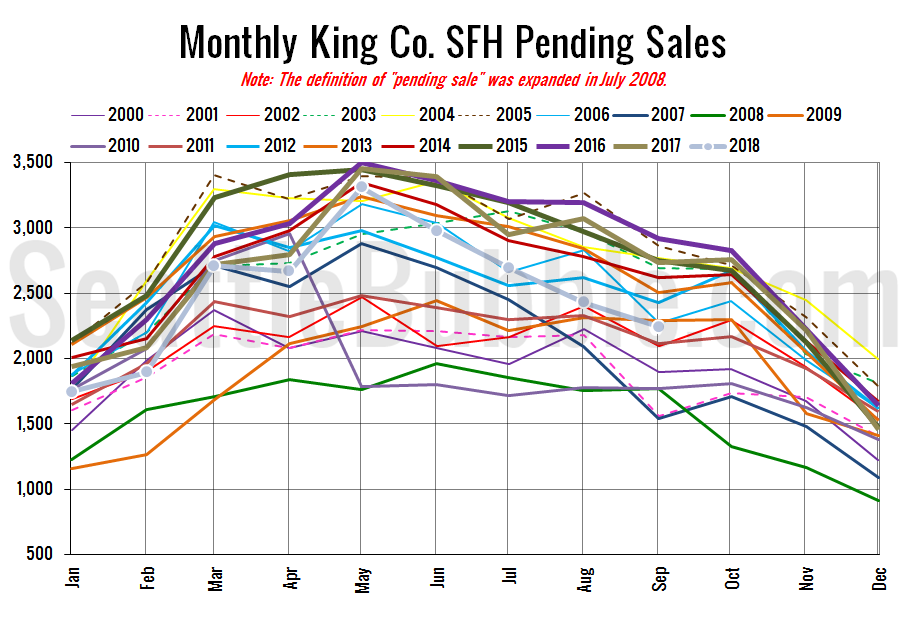 Pending sales were down eight percent from August to September, and were down 18 percent year-over-year. 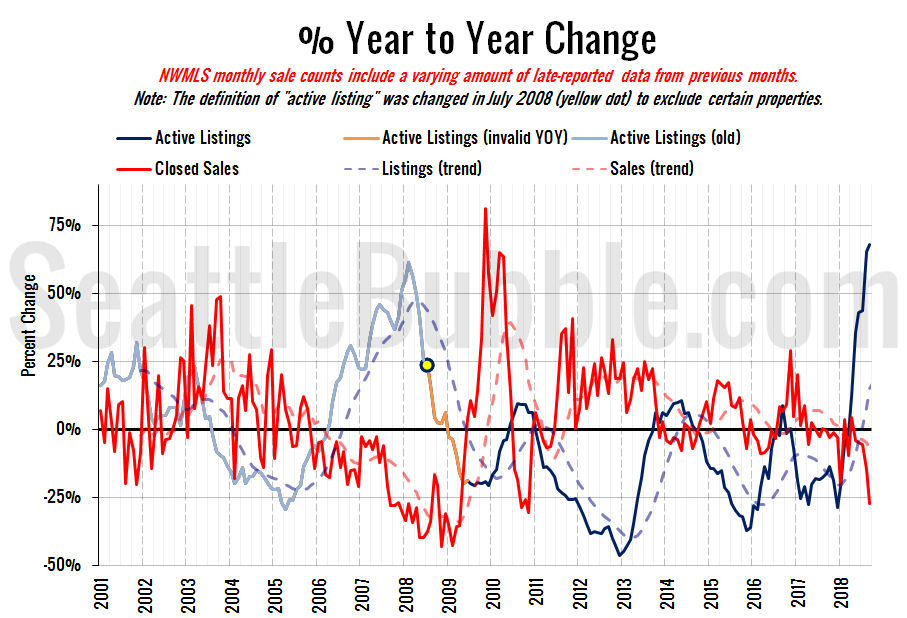 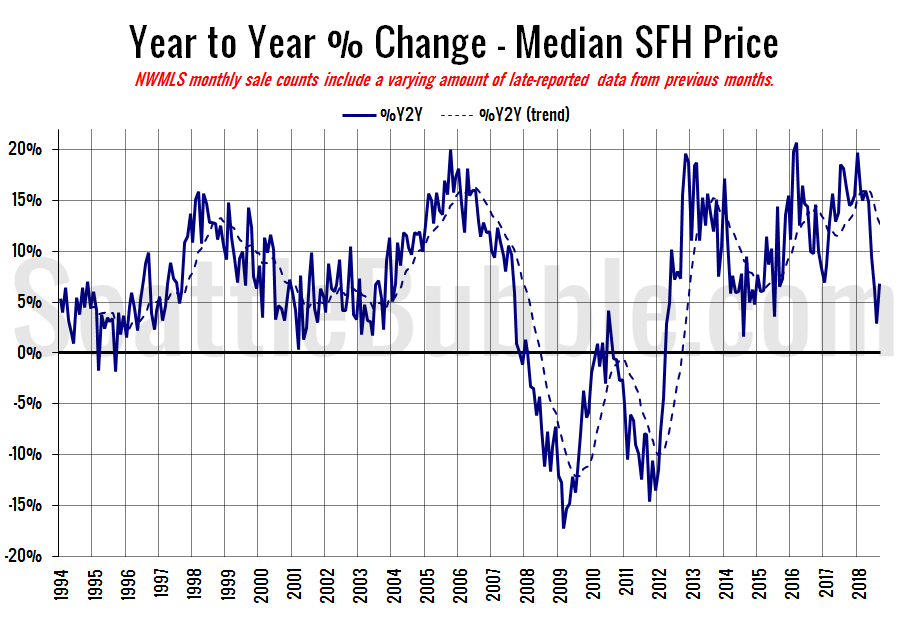 Year-over-year home price changes edged up from August to September, only because last year prices fell in September but this year they were basically flat, as you can see in the next chart. 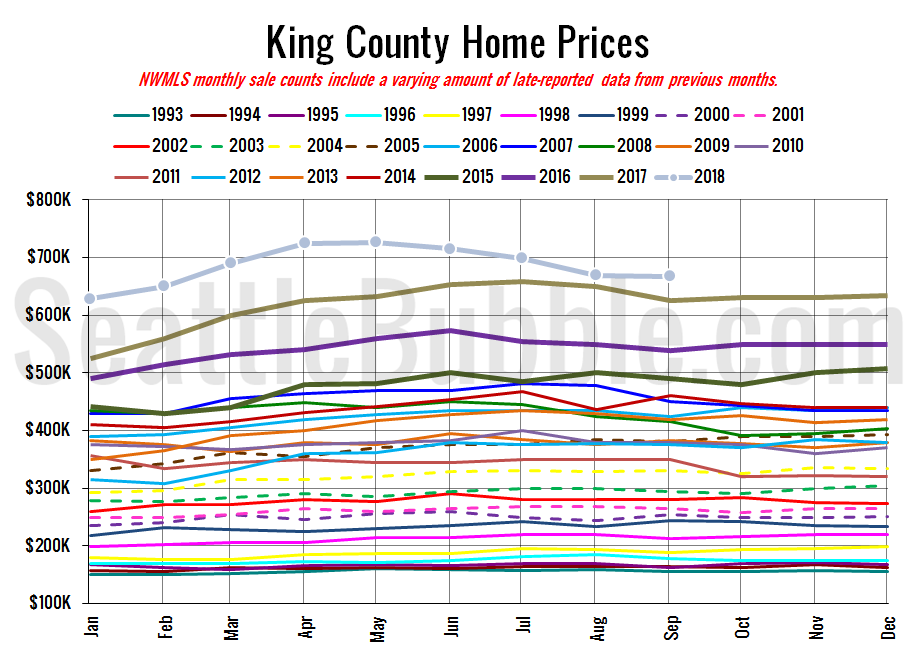