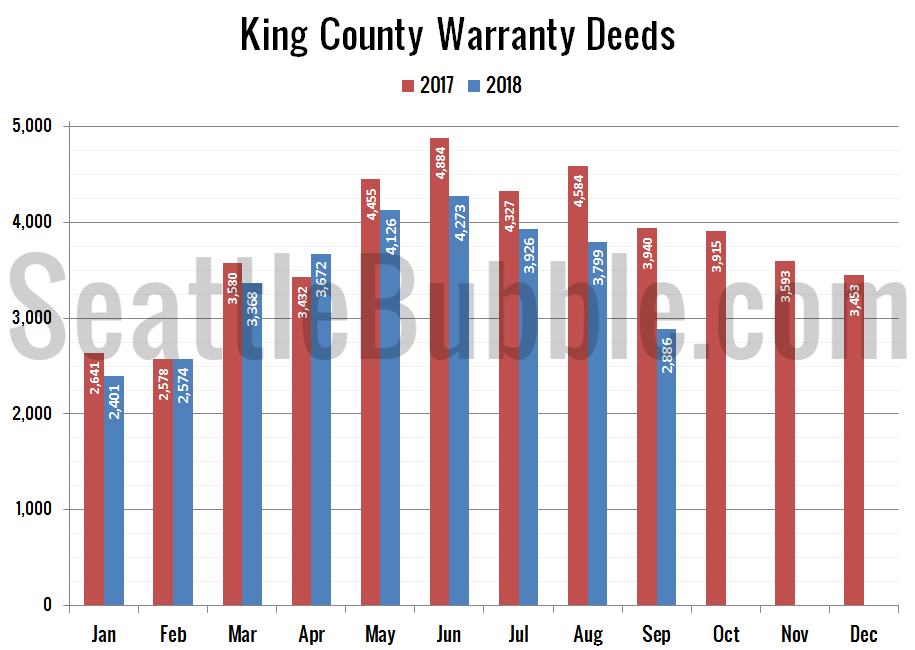 Home sales volume was at its lowest September level in six years for both King and Snohomish County last month, dipping over 22 percent from a year ago. As a result, the number of homes on the market hit its highest point since early 2012. Foreclosures are still at all-time lows.

Now that September is wrapped up, let’s have a look at all of our early indicators for the month. 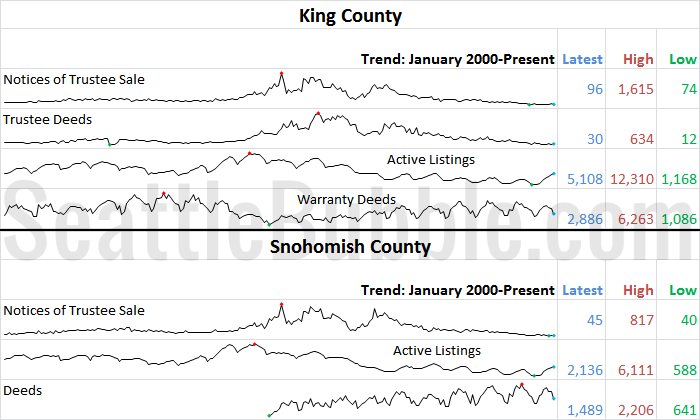 Rapidly declining sales is the biggest thing that jumps out to me in this month’s data, so let’s look at total home sales as measured by the number of “Warranty Deeds” filed with King County: 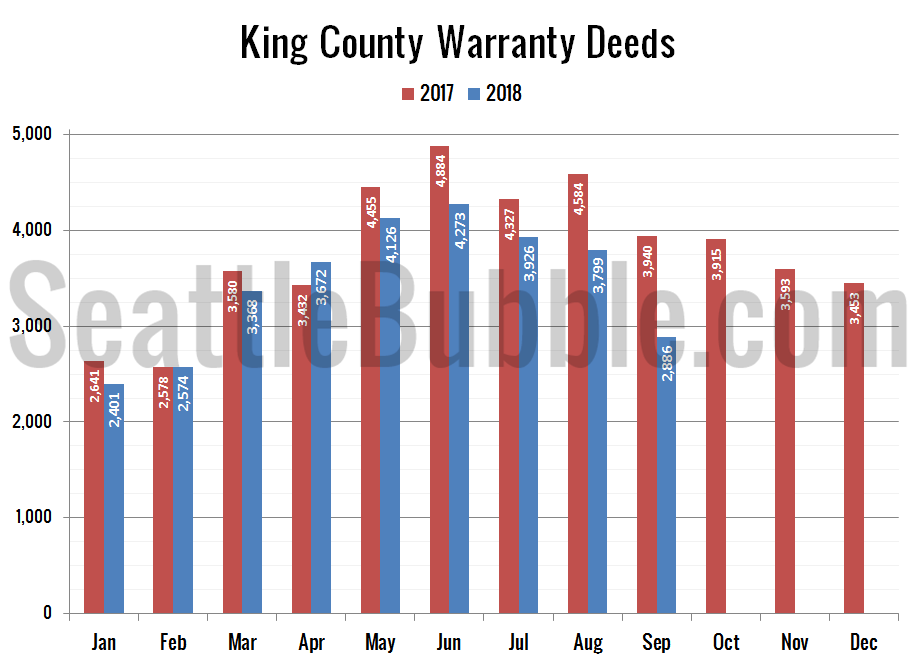 Sales in King County fell twenty-four percent between August and September (a year ago they fell fourteen percent over the same period), and were down twenty-seven percent year-over-year. That’s the largest year-over-year drop since May 2009—just eight months after the financial collapse kicked off in September 2008. 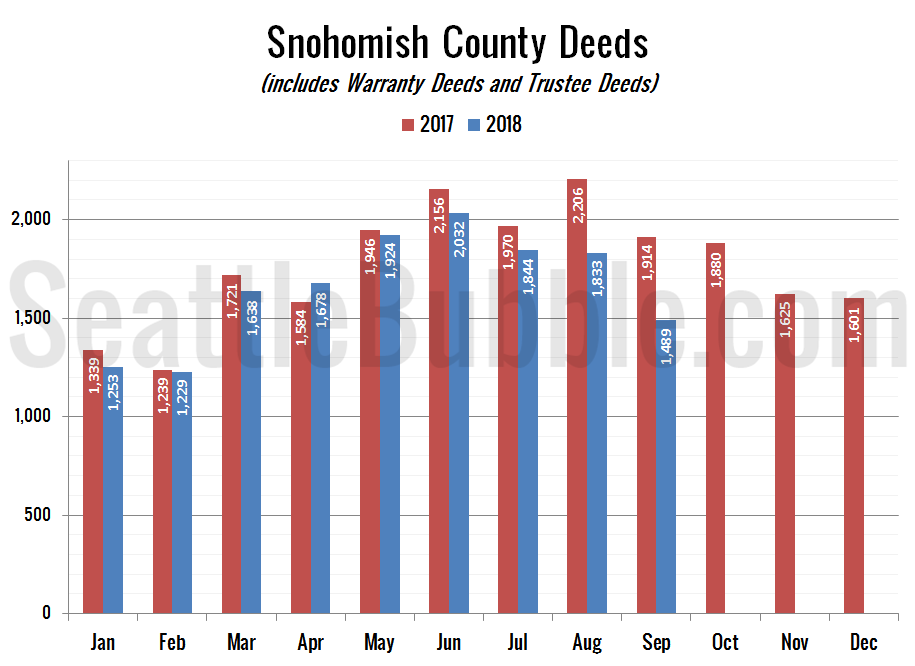 Deeds in Snohomish dropped nineteen percent month-over-month (versus a drop of thirteen percent in the same period last year) and were down twenty-two percent from a year earlier. 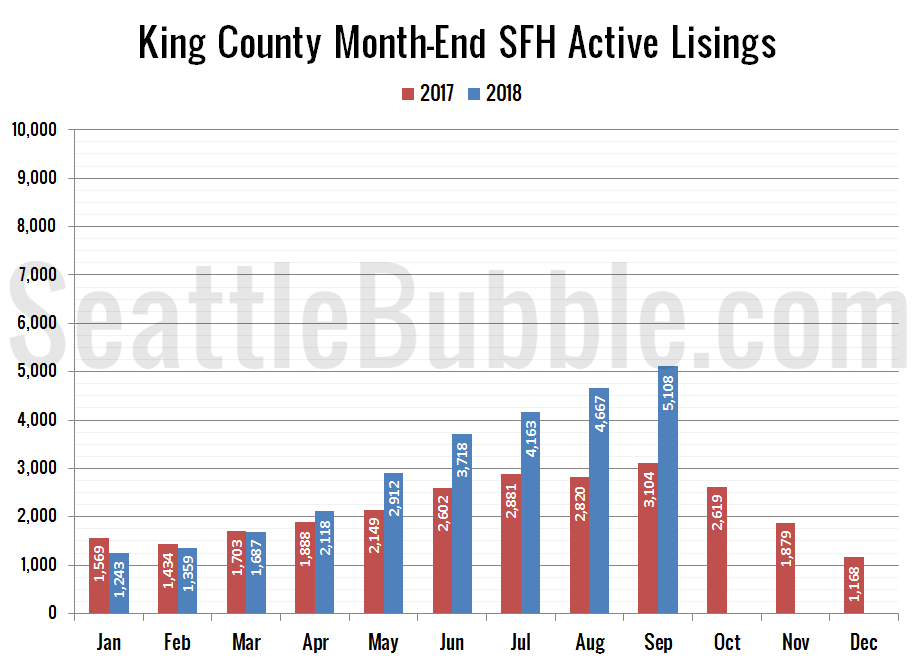 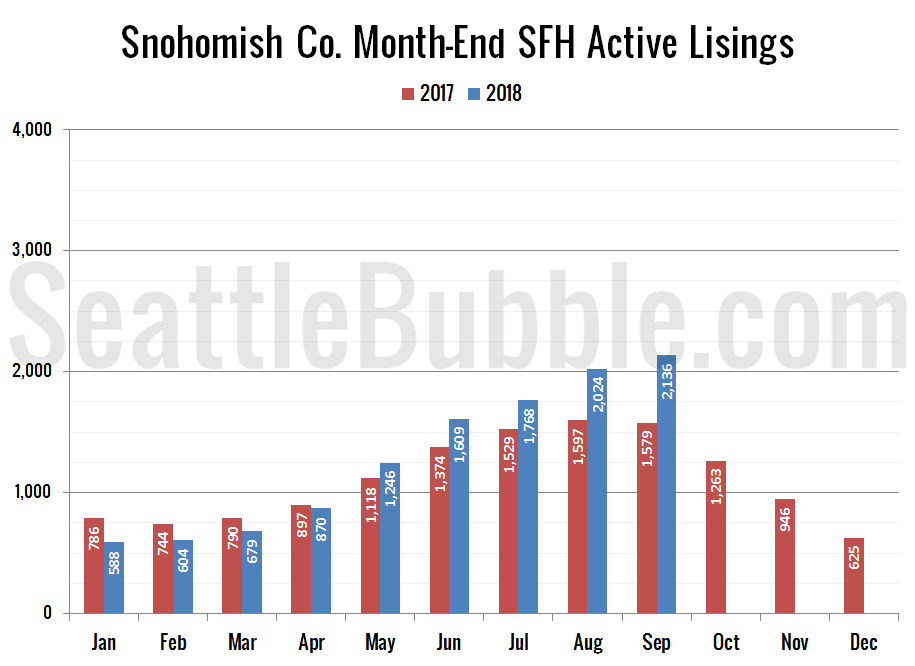 The number of homes on the market in King County rose nine percent from August to September. Year-over-year listings were up 64.6 percent from September 2017, which is down just a bit from the all-time high year-over-year gain of 65.5 percent that was set just a month earlier in August.

In Snohomish County the month-over-month inventory increase was smaller at six percent, but the year-over-year growth was still sizable at 35 percent. 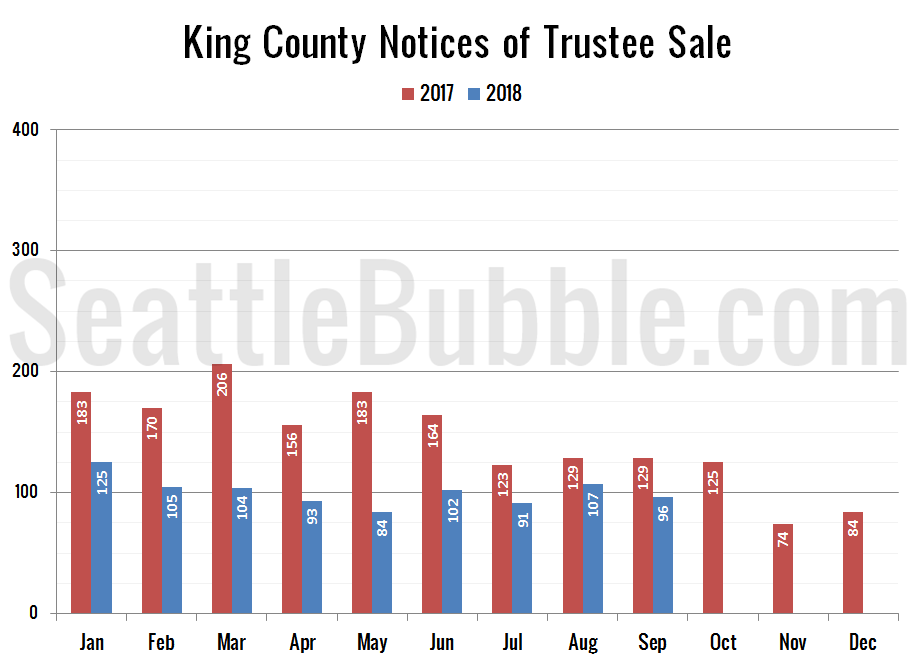 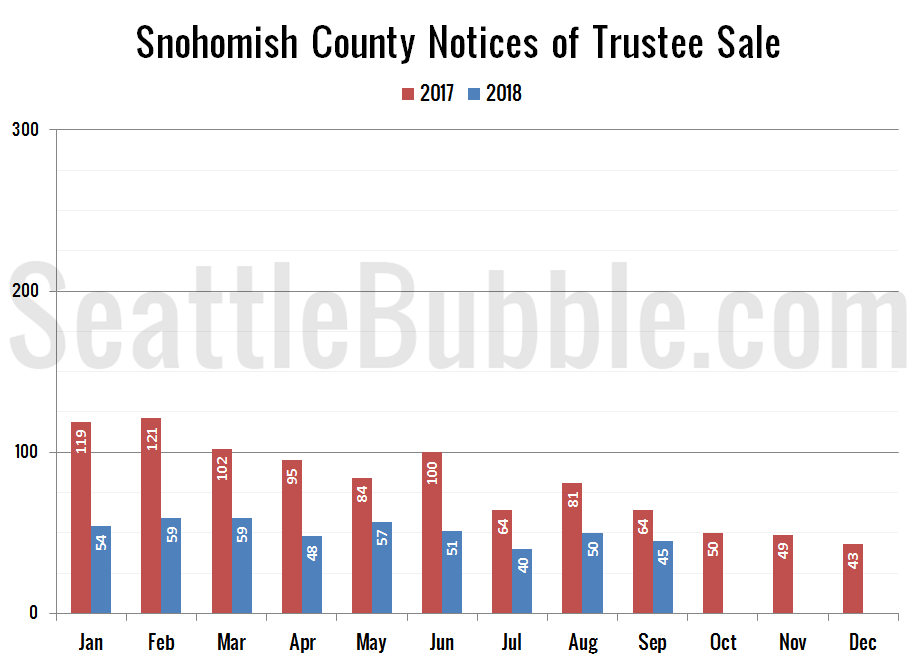 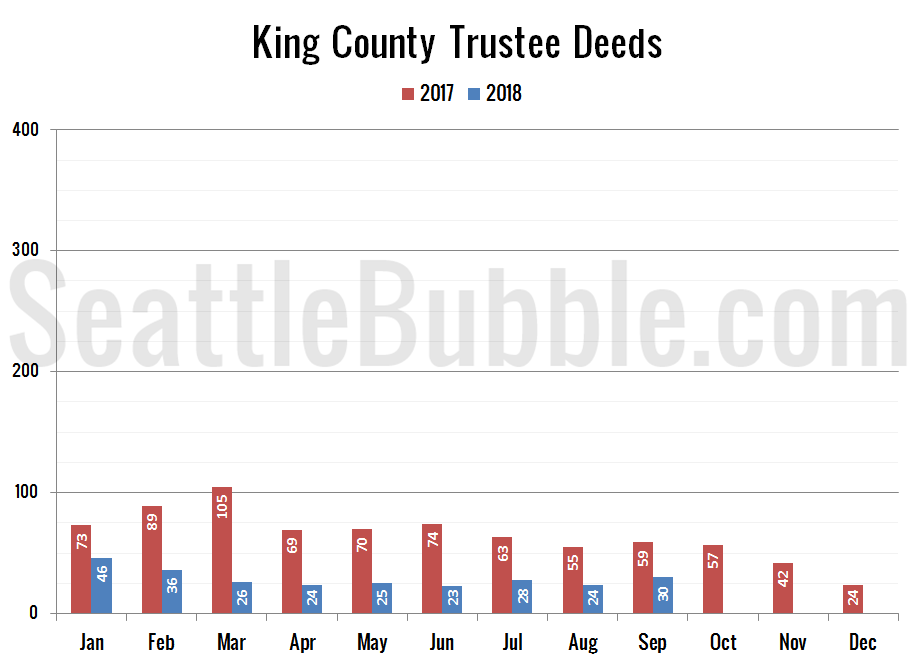 Trustee Deeds were down forty-nine percent from a year ago. The only time there have been fewer trustee deeds than we’ve seen during 2018 was in late 2003.