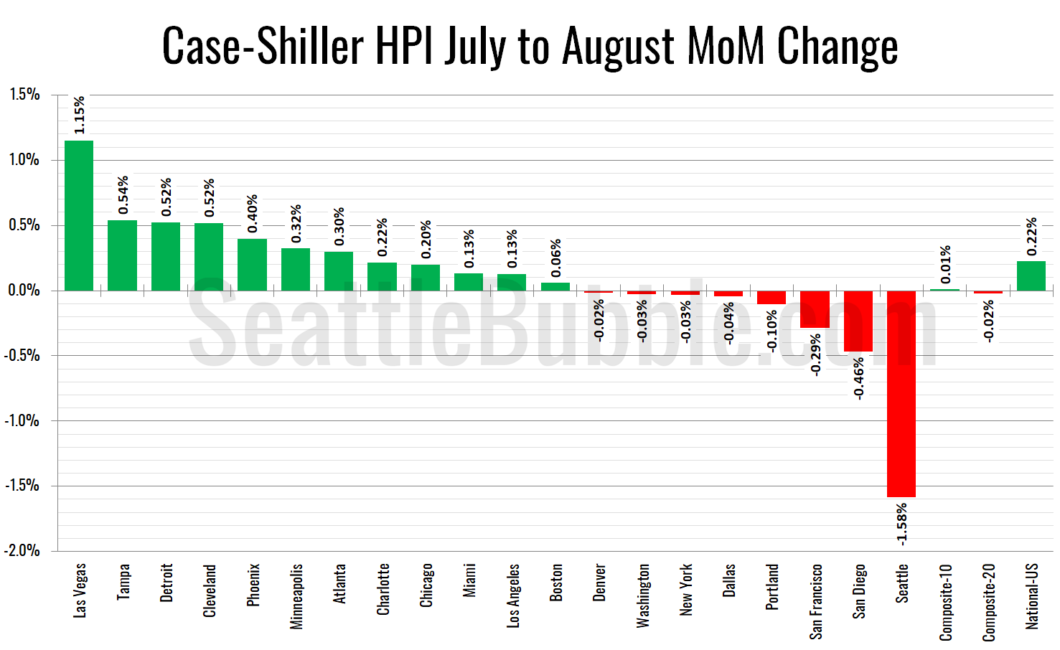 Let’s have a look at the latest data from the Case-Shiller Home Price Index. According to July data that was released today, Seattle-area home prices were:

Last year at this time prices were down 0.3 percent month-over-month and year-over-year prices were up 13.2 percent.

After falling to dead last in month-over-month price changes in July, Seattle continued its streak at #20 in August. This follows a four-month streak at #1 earlier in the year.

Seattle is still near the top in year-over-year price growth though. Two metro areas had higher price growth from a year earlier in August: Las Vegas at 13.9 percent and San Francisco at 10.6 percent. However, if the current trend continues for a few more months, Seattle won’t be near the top for long… 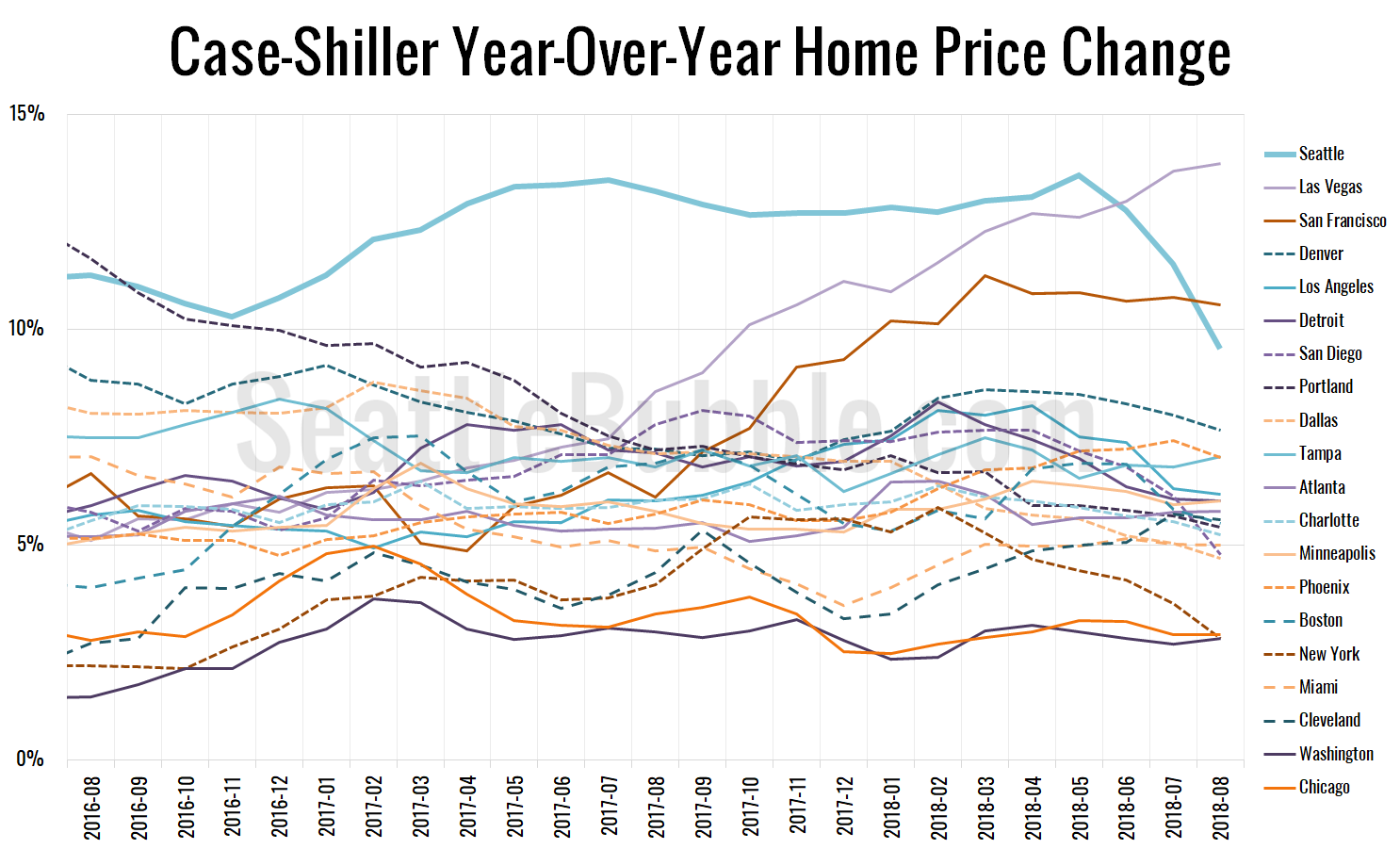 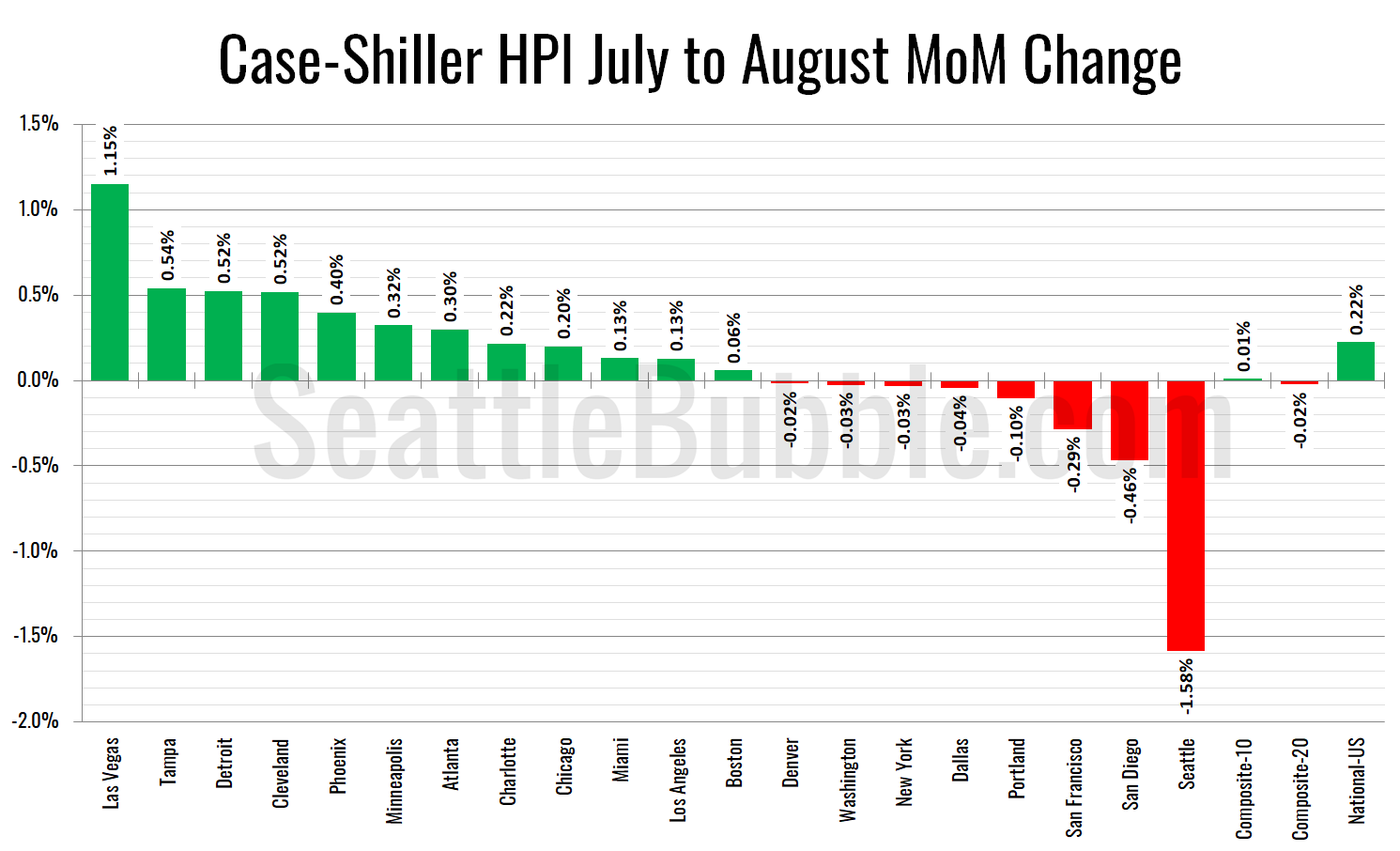 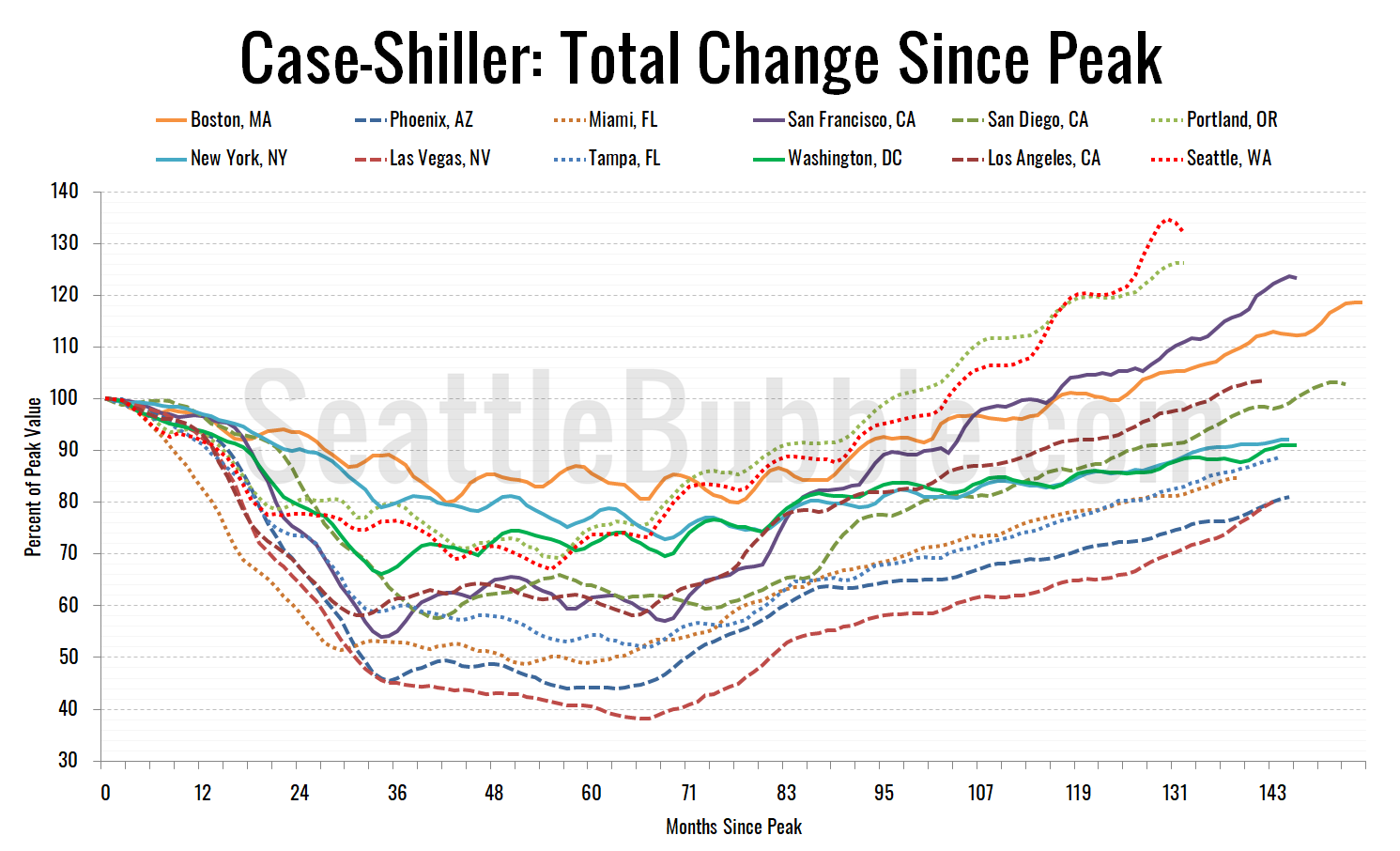 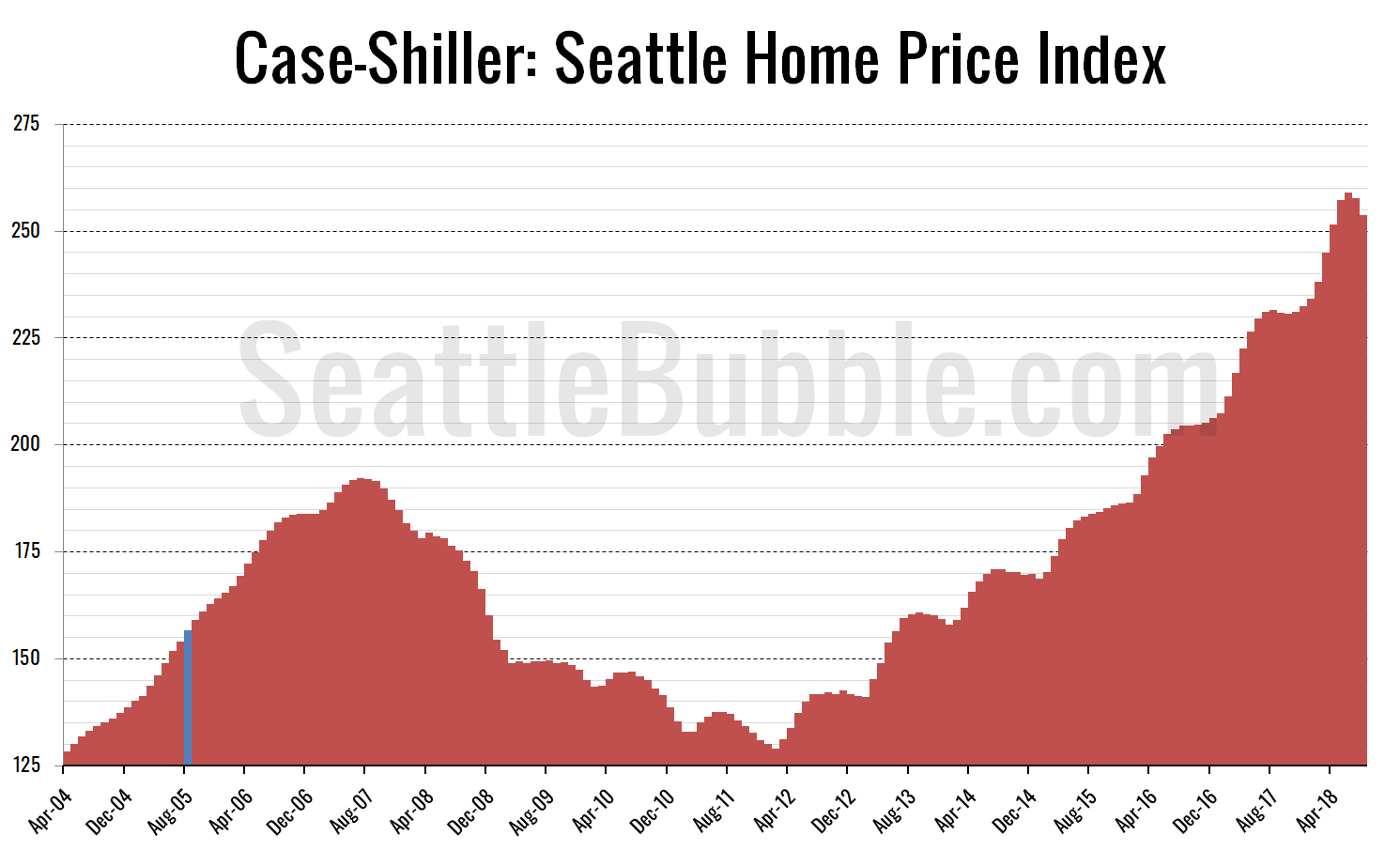 Here’s the Seattle Times’ story about this month’s numbers: Average Seattle-area home selling for below list price for first time in 4 years

That headline seems to have been inspired by something I tweeted yesterday morning (with data from the Redfin Data Center):