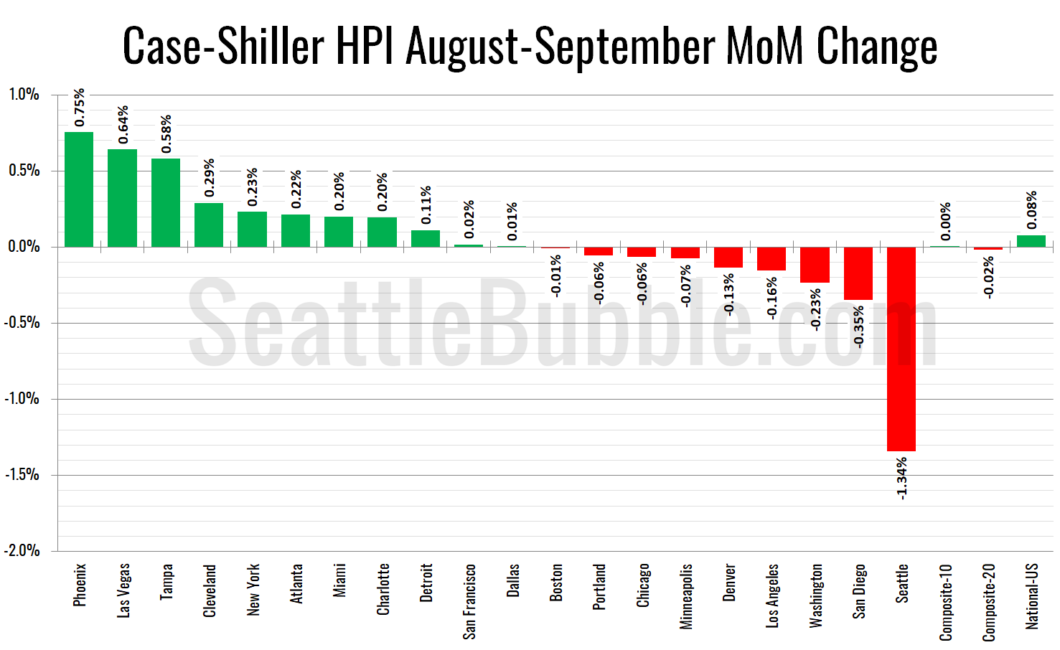 Let’s have a look at the latest data from the Case-Shiller Home Price Index. According to September data that was released today, Seattle-area home prices were:

Last year at this time prices were down 0.3 percent month-over-month and year-over-year prices were up 12.9 percent.

Seattle’s streak of dead last for month-over-month price changes increased to three months in September. Quite a flip from the four-month streak at #1 earlier in the year.

Seattle is still at #3 in year-over-year price growth, but falling fast. Two metro areas had higher price growth from a year earlier in September: Las Vegas at 13.5 percent and San Francisco at 9.9 percent. 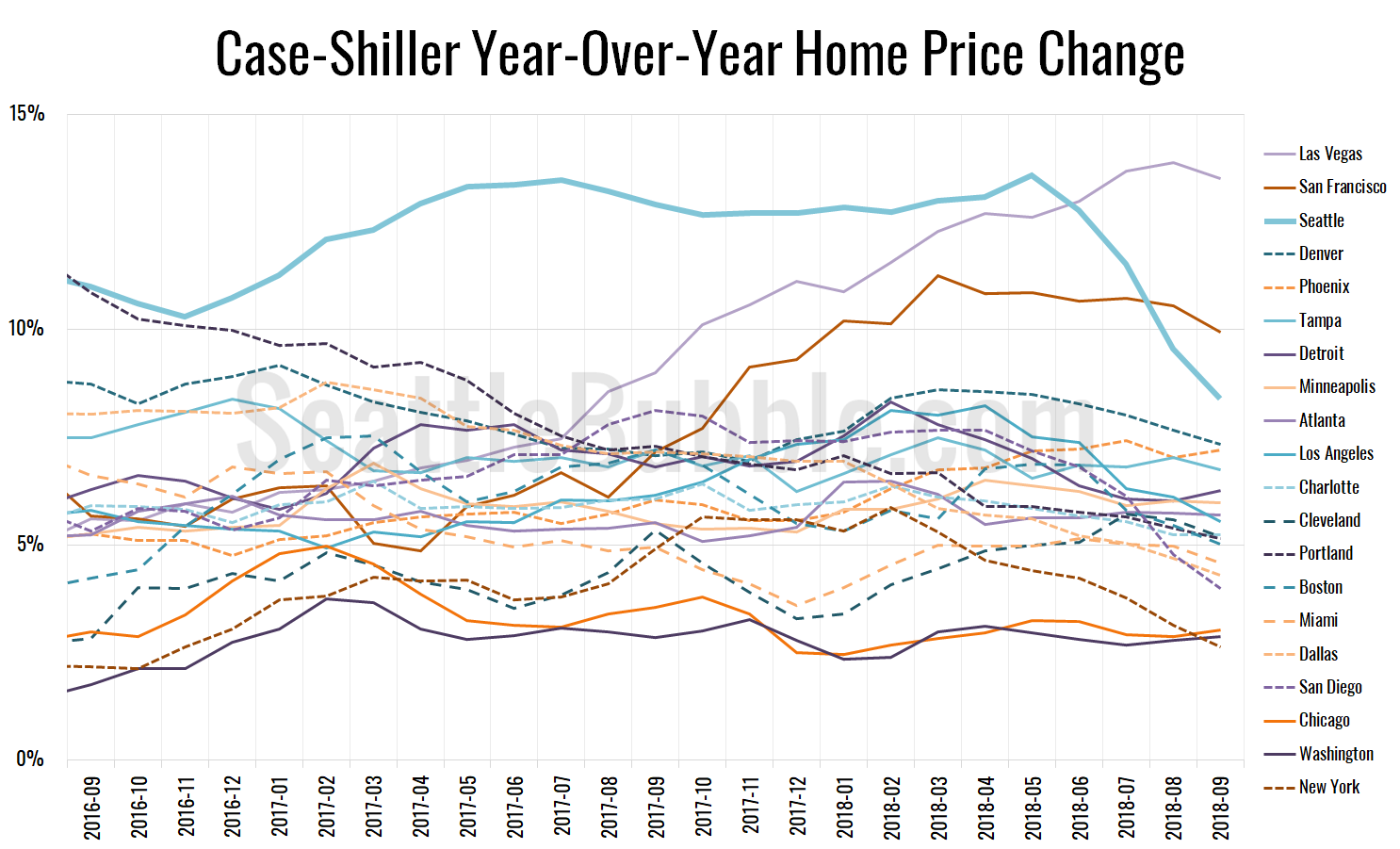 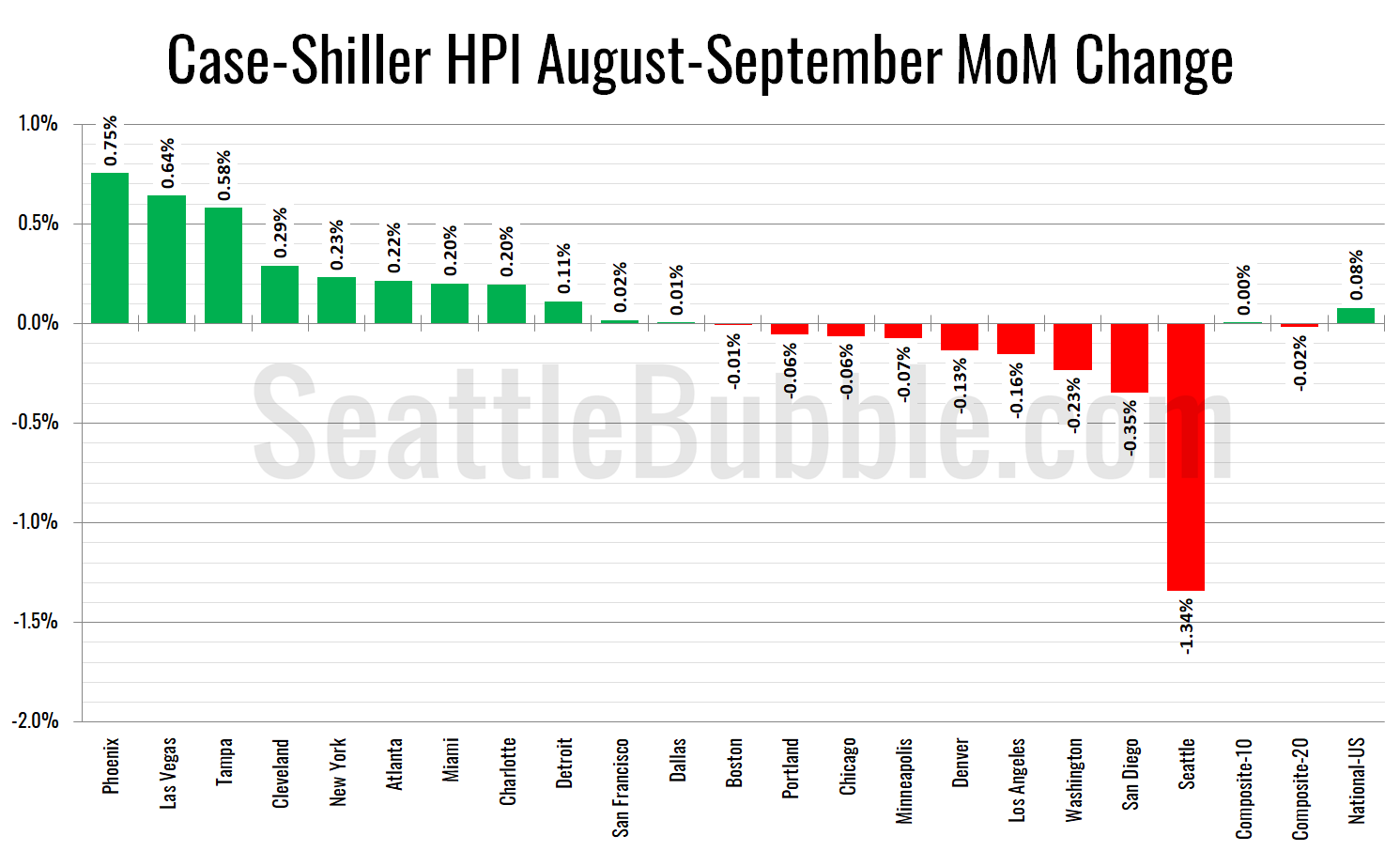 Just three metro areas hit new all-time highs in September (down from 11 in July and 6 in August): Atlanta, Charlotte, and Cleveland. Those are definitely not the typically “hot” markets. 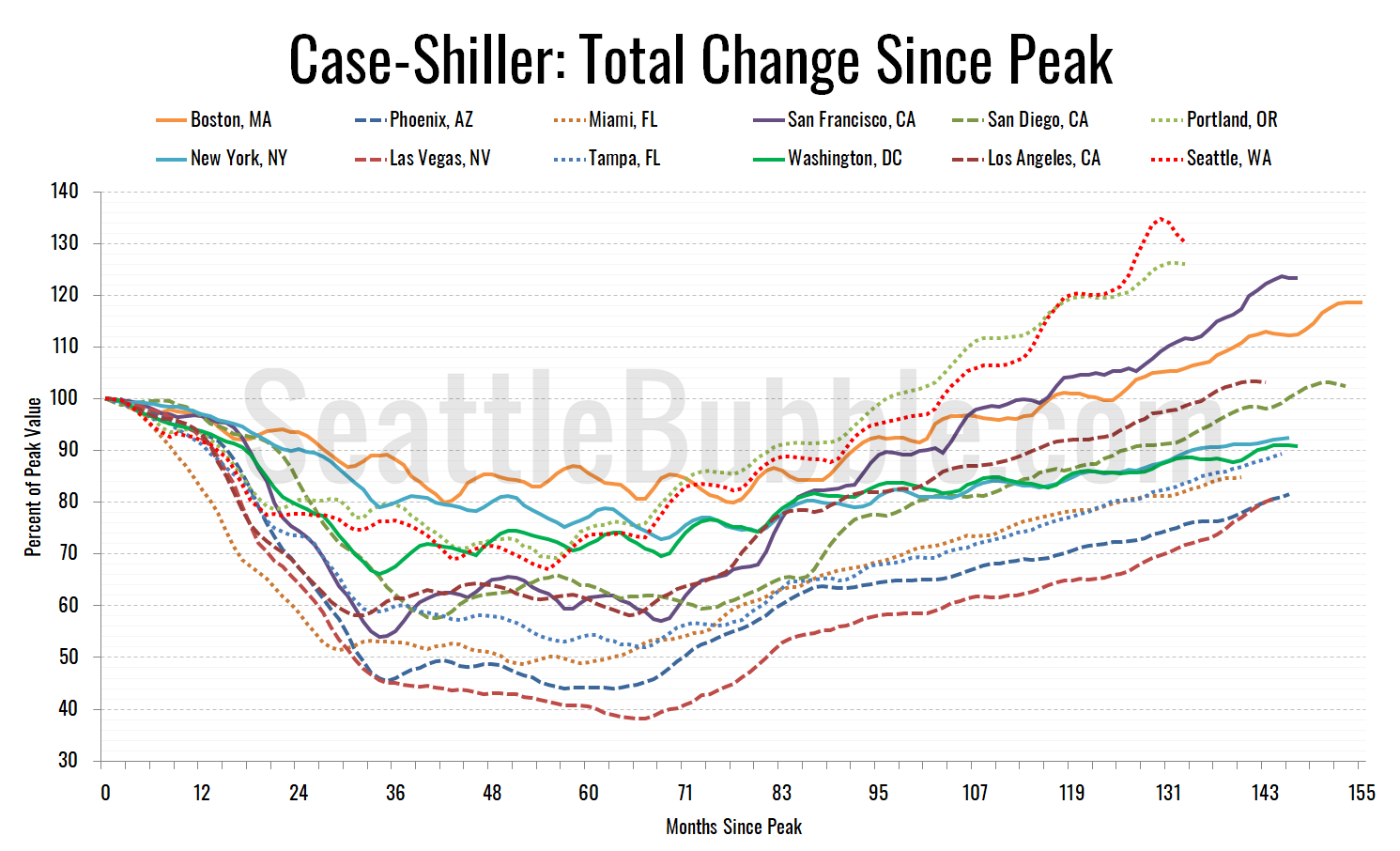 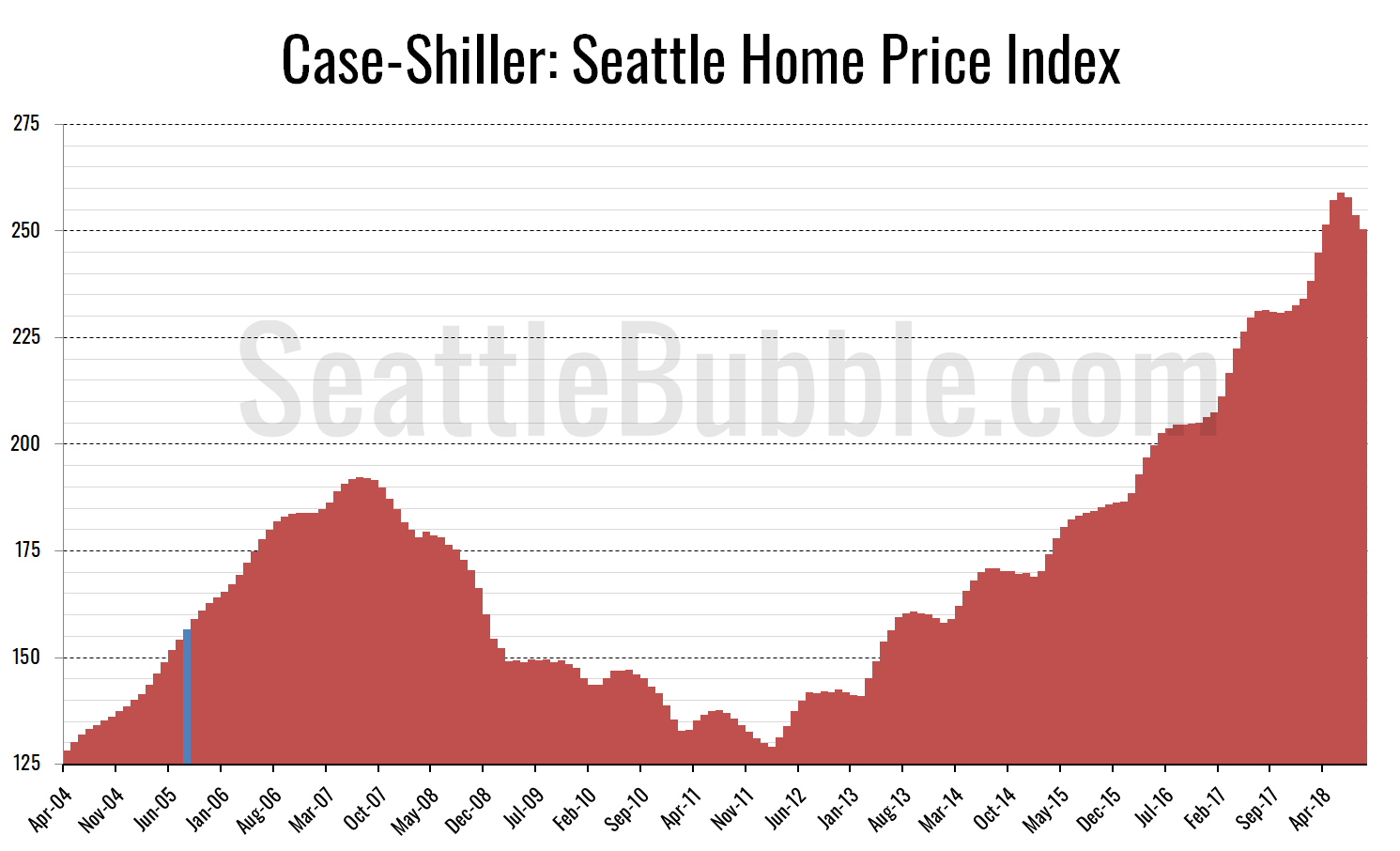 The latest few data points in this chart definitely look quite a bit different than recent years’ seasonal flattening. To be honest it looks a lot more like it did in late 2007…