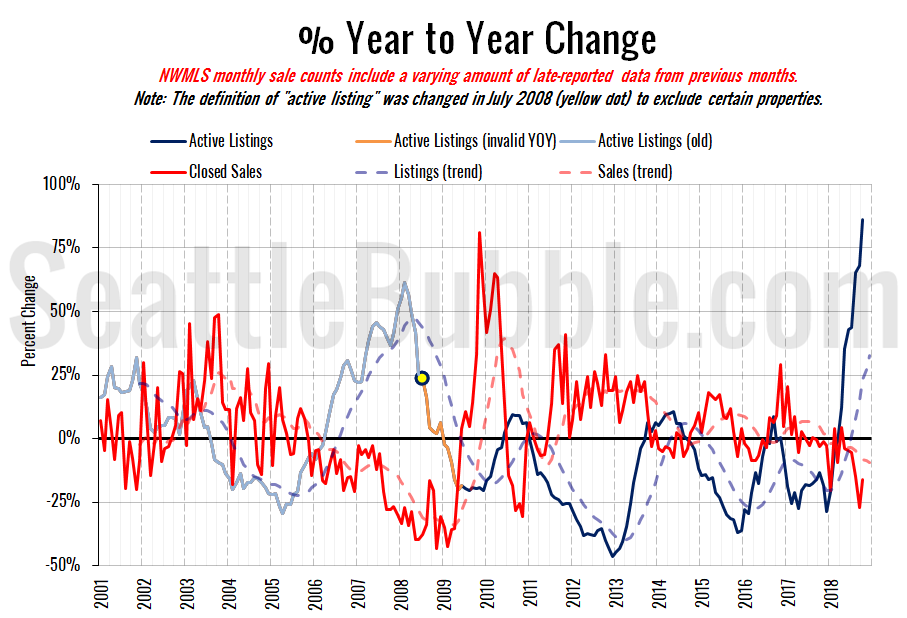 October market stats were published by the NWMLS today. Home prices were basically flat from September, and inventory dropped a bit but was up dramatically from 2017. Sales continued to slip from last year as well. September’s year-over-year listing growth was an all-time record at 68 percent, but October’s 86 percent blew that out of the water.

The NWMLS hasn’t published their press release yet so let’s just get right to the data. 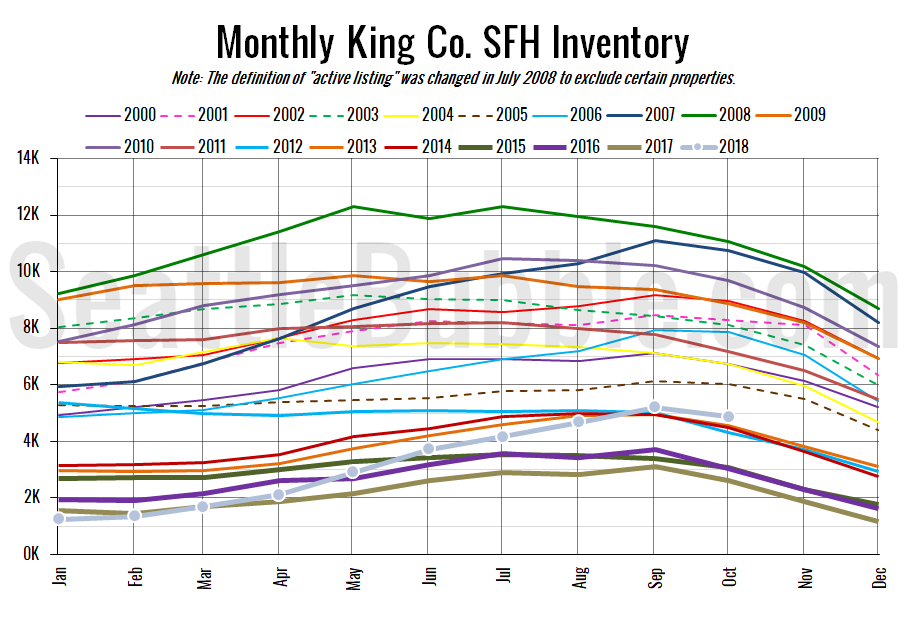 Inventory fell seven percent from September to October, and was up 86 percent from last year. Before this year, the highest year-over-year inventory gain was 61.3 percent way back in February 2008. The number of homes on the market was at its highest October level since 2011.

New listings were up five percent from a year ago, but began the usual seasonal decline month-over-month. 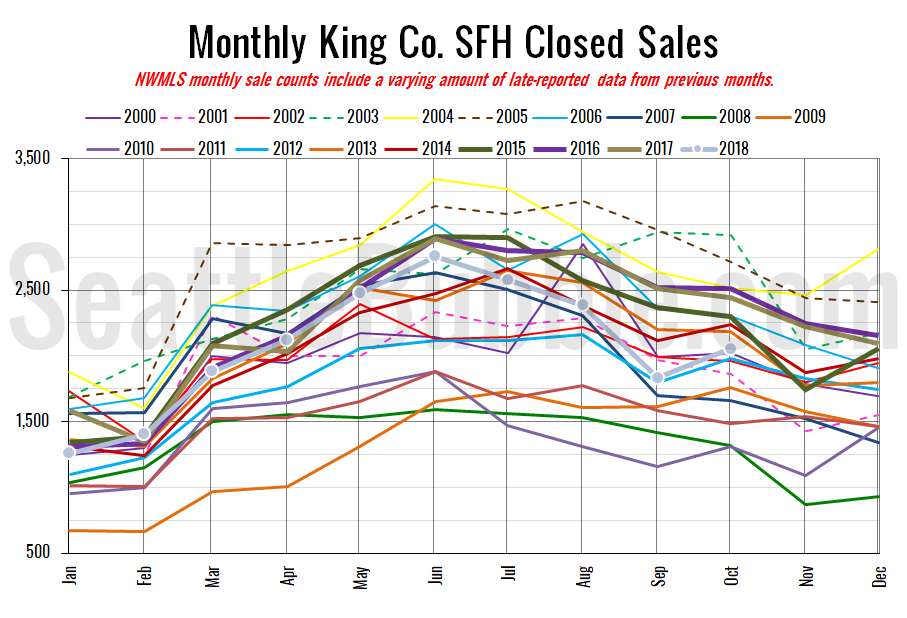 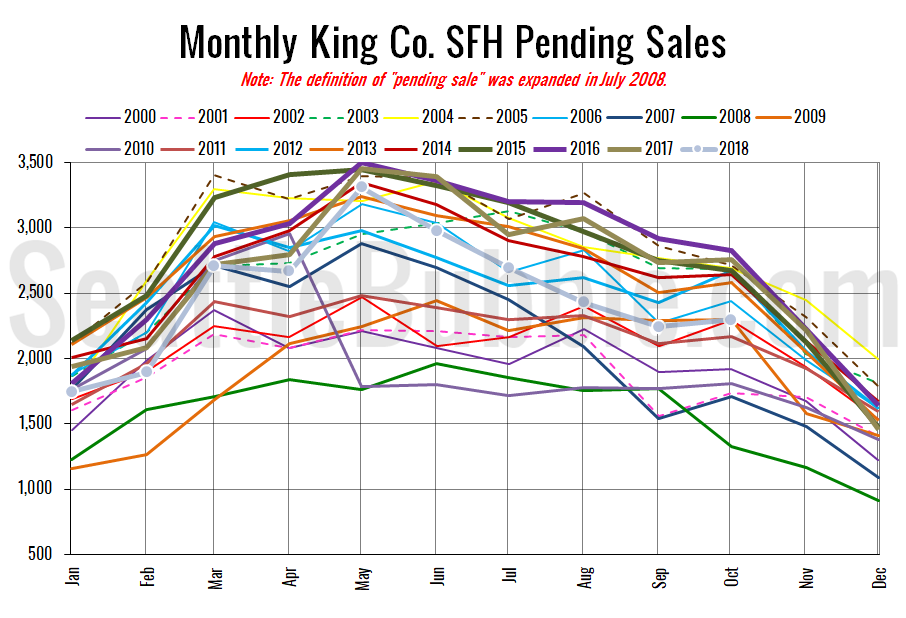 Pending sales were up two percent from September to October, and were down 17 percent year-over-year. 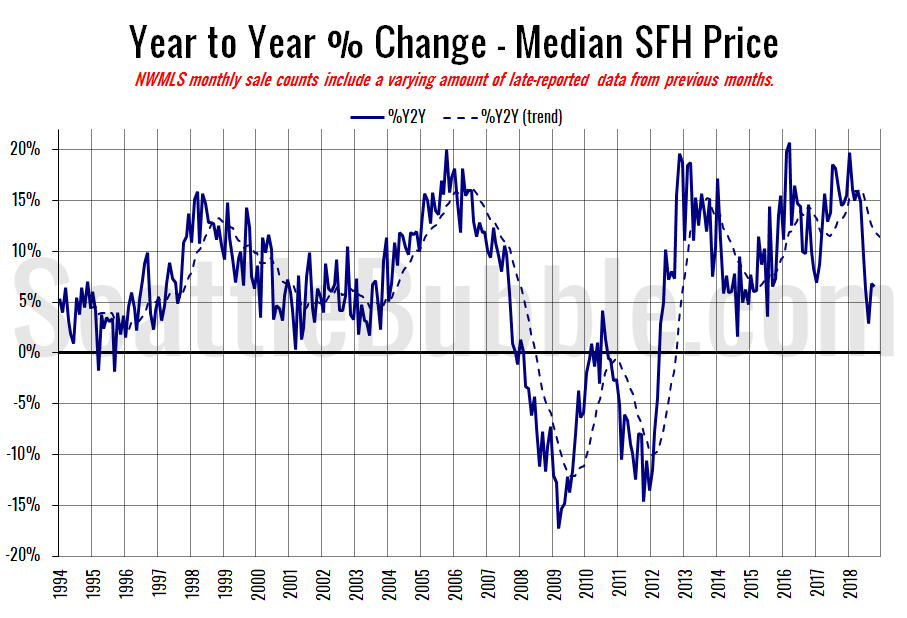 Year-over-year home price changes edged down from September to October. 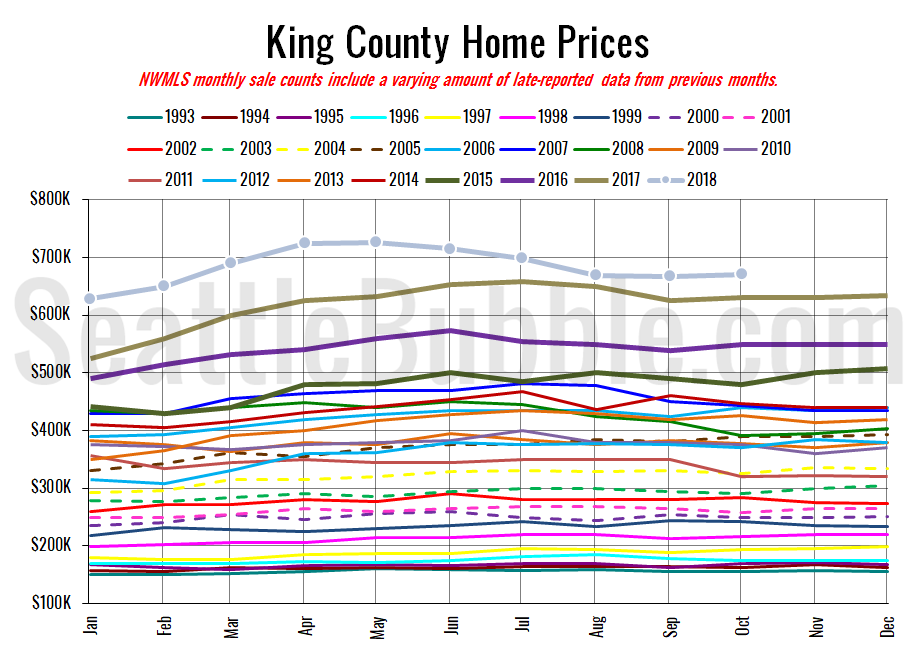 The Seattle Times hasn’t posted their story yet. I’ll probably update this post when they do.