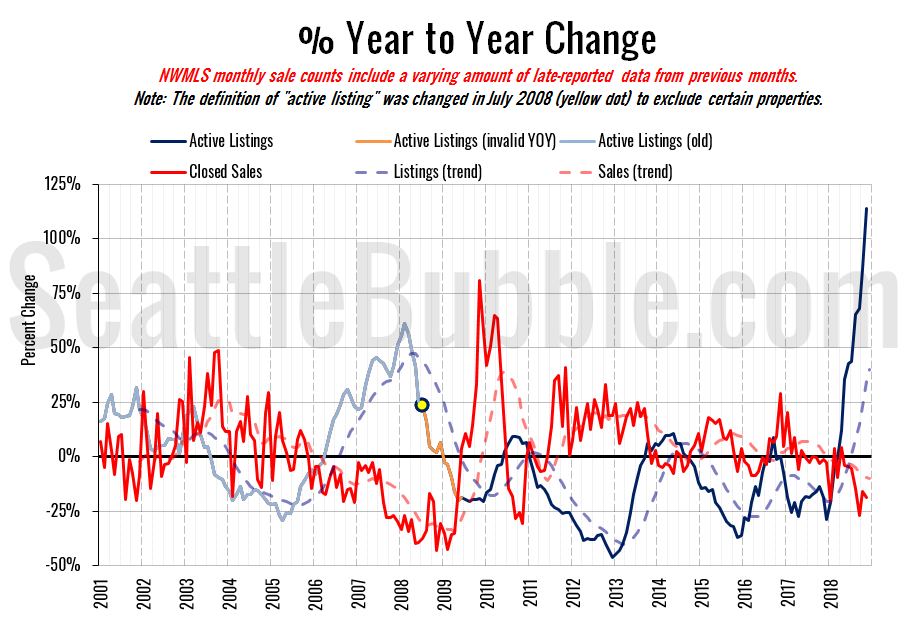 November market stats were published by the NWMLS this morning. Home prices slipped to their lowest level since January, and inventory is declining seasonally but hit its highest November level since 2011. Both pending and closed sales continued to slip from last year as well. November’s year-over-year listing growth was an all-time record at a whopping 114 percent.

The NWMLS press release hasn’t come out yet, so let’s get right to the data. 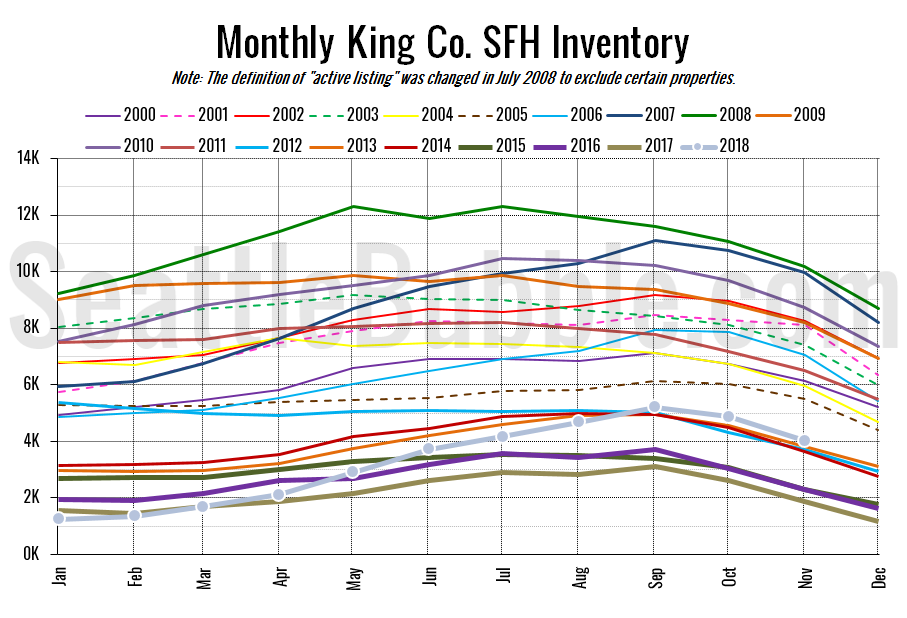 Inventory fell 18 percent from October to November, and was up 114 percent from last year. We went from the all-time lowest November inventory a year ago to a seven-year high in 2018. 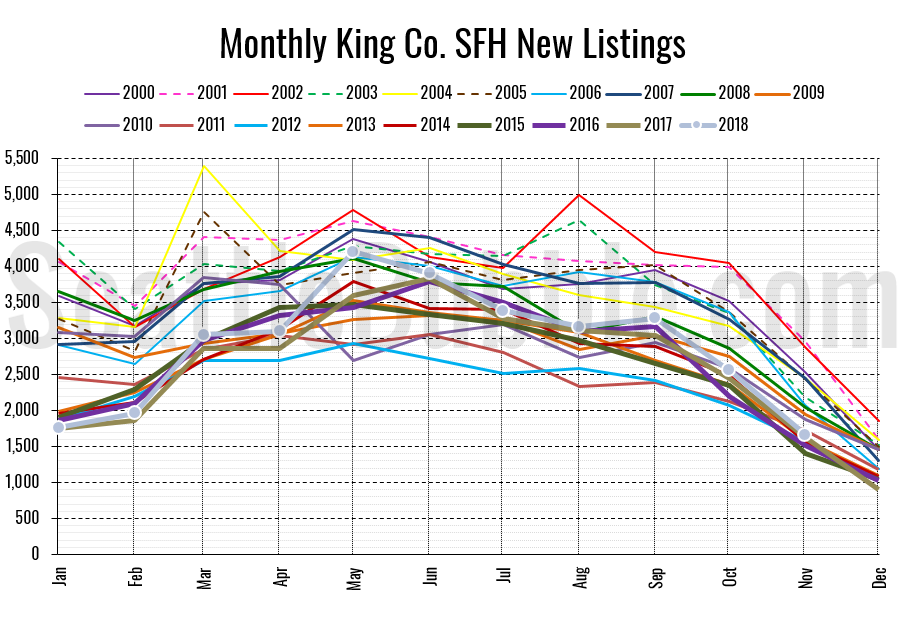 New listings were up three percent from a year ago and continued the usual seasonal decline month-over-month. 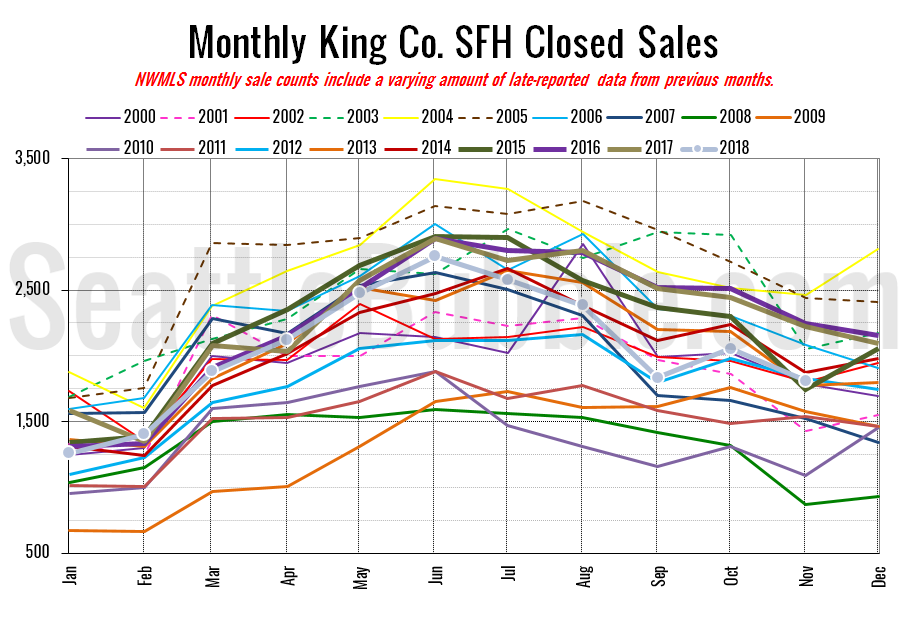 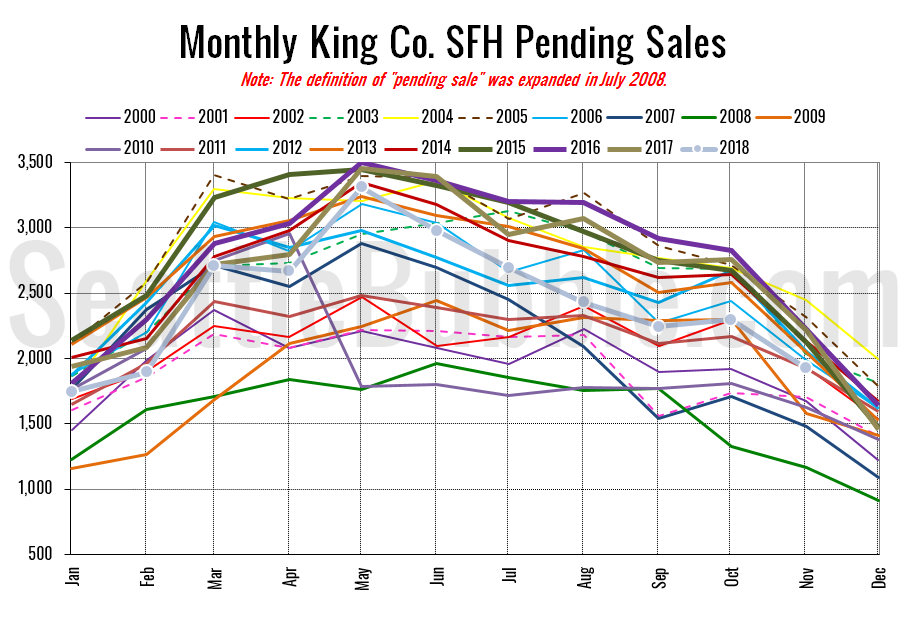 Pending sales were down 16 percent from October to November, and were down 13 percent year-over-year.

The massive surge in active inventory has forced me to adjust the y-axis on this chart. We’ve hit new all-time records each of the last four months. 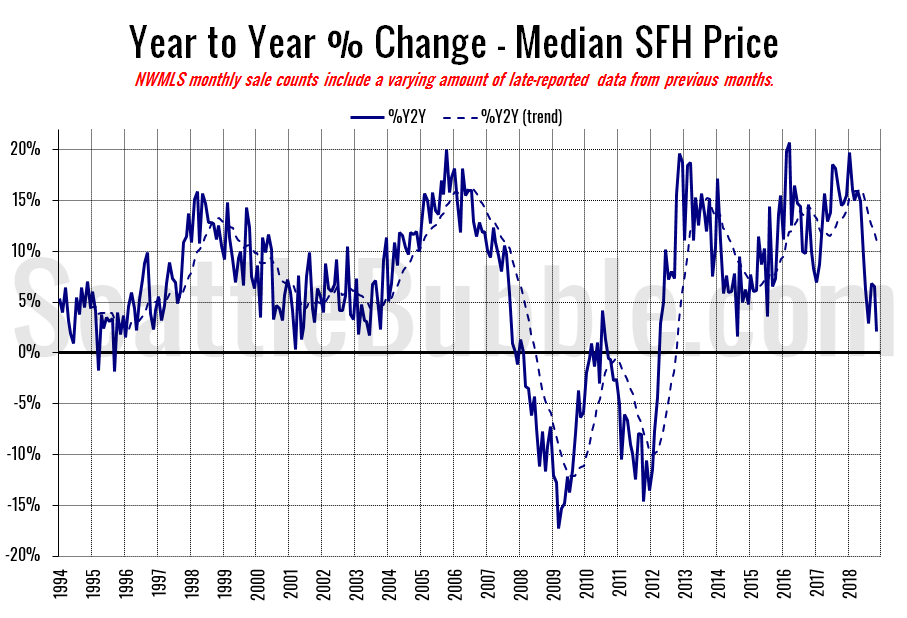 Year-over-year home price changes edged down again from October to November, to its lowest level since August 2014. 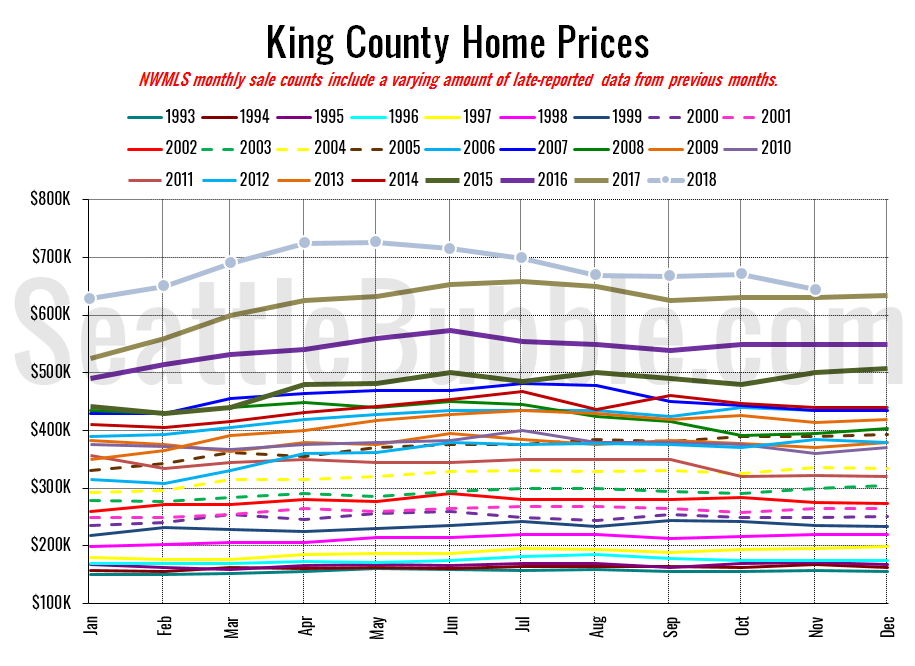 The Seattle Times hasn’t published their story yet. I’ll update this post when they do.

Update: Here’s the story from the Seattle Times: Seattle-area home prices drop again, with 6-month decline among largest ever

And here’s the NWMLS press release: Home buyers have “window of opportunity” with shift to more balanced market