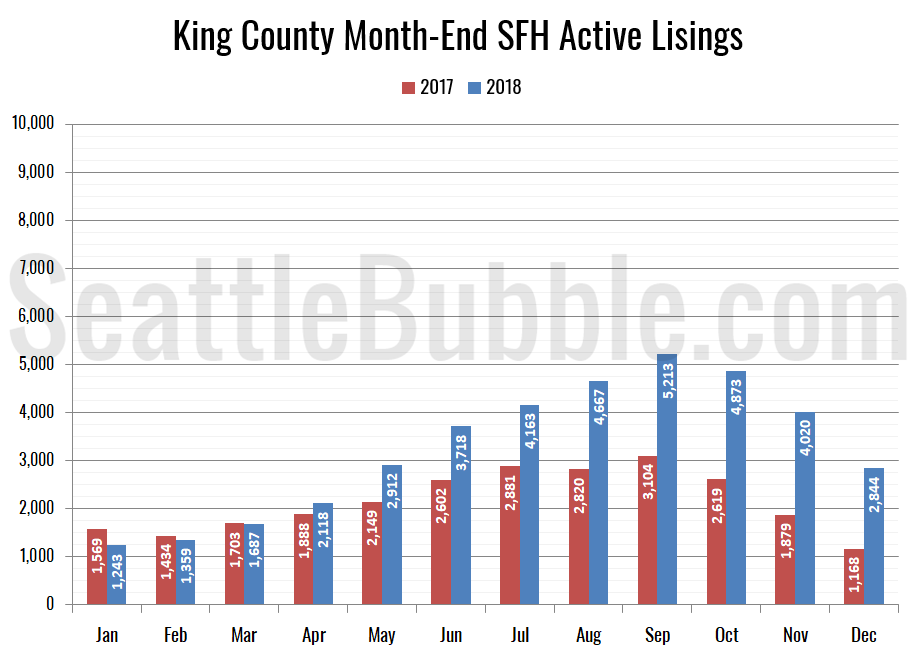 Now that 2018 is completely over, let’s take our first look at the December housing market stats for King and Snohomish counties.

It’s pretty much the same story we’ve seen the past few months, which is good news for buyers: The number of home sales is falling and the number of homes on the market is climbing quite a bit. Foreclosures are still very rare. 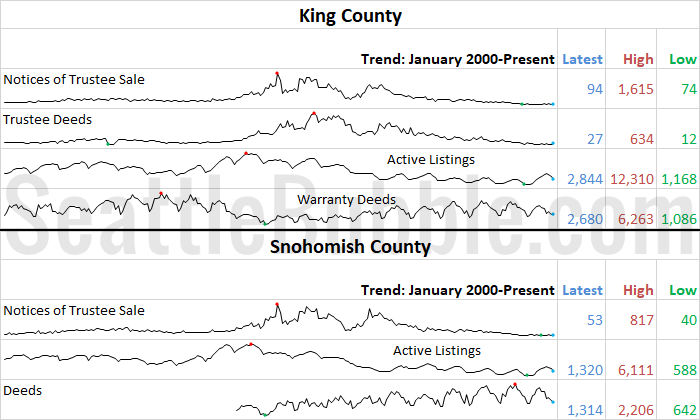 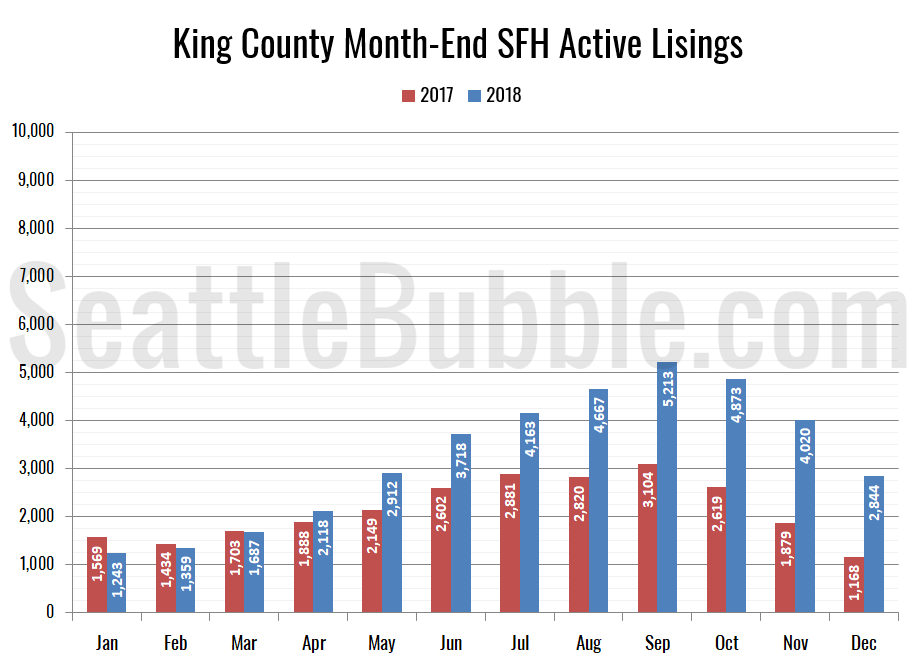 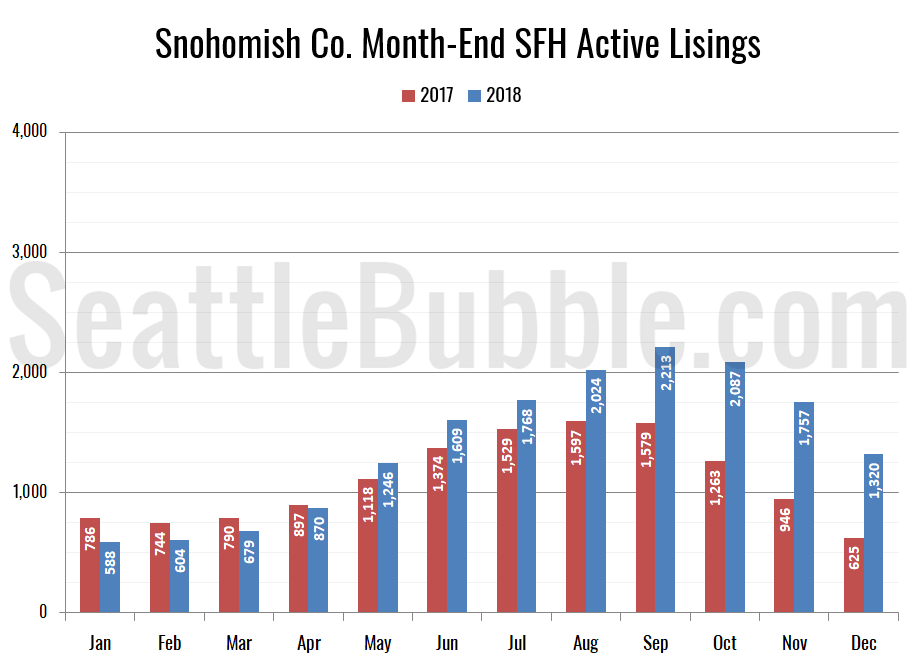 The number of homes on the market in King County dropped 29 percent from November to December. Year-over-year listings are still soaring, up 143 percent from December 2017, another new all-time high year-over-year gain, passing the record of 114 percent that was set just a month earlier.

Note that the Estately inventory data feed seems to be having some trouble, so these preliminary numbers may be off by more than usual. I’m looking into that. 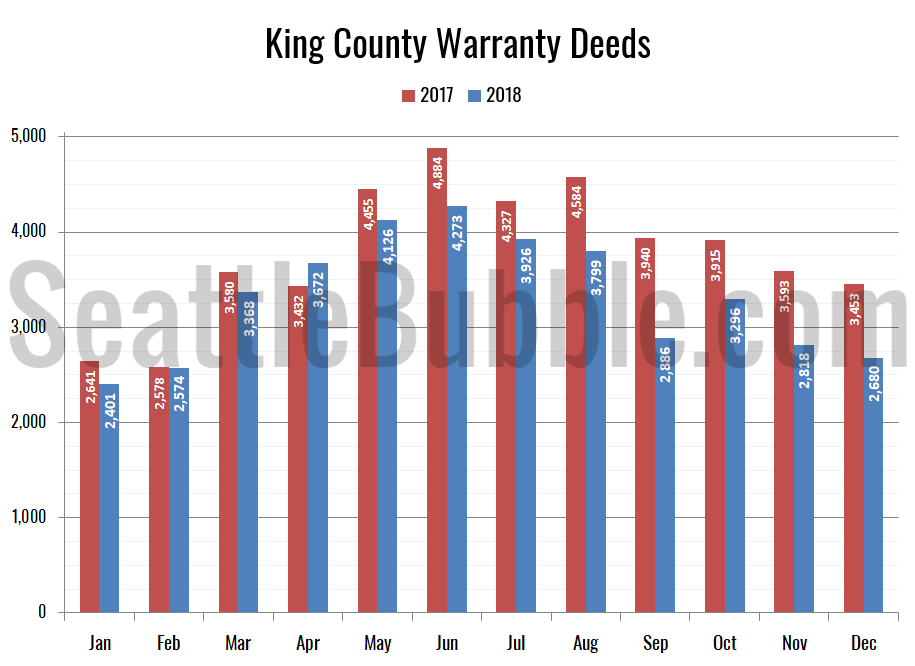 Sales in King County fell 5 percent between November and December (a year ago they fell 4 percent over the same period), and were down 22 percent year-over-year. 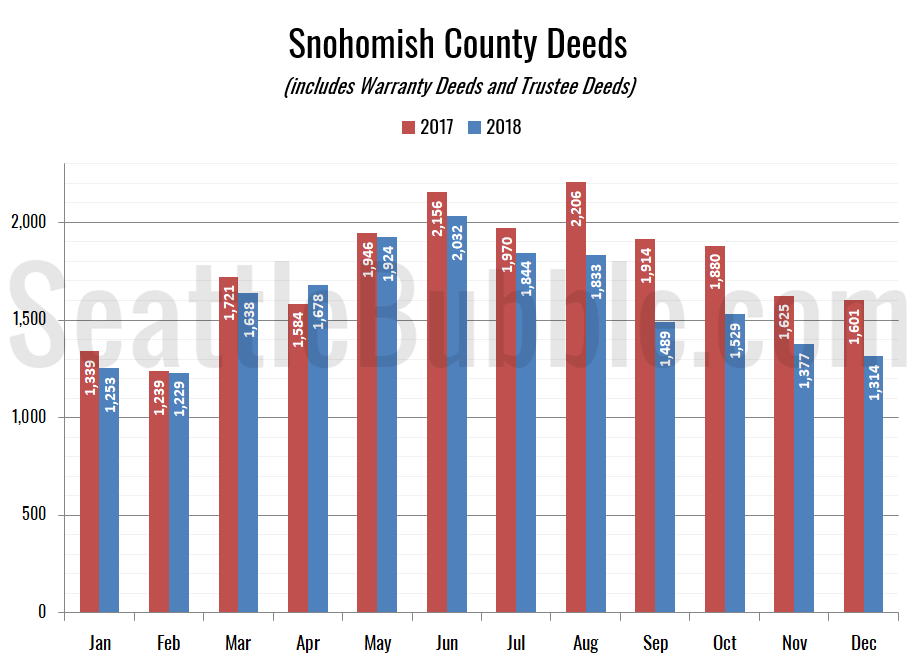 Deeds in Snohomish fell 5 percent month-over-month (versus a 1 percent decline in the same period last year) and were down 18 percent from a year earlier. 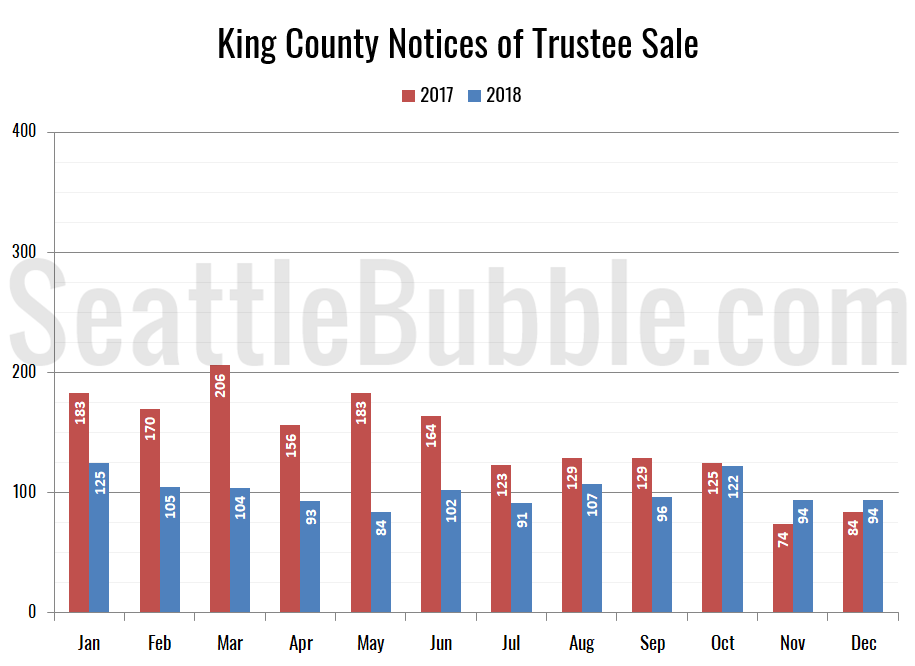 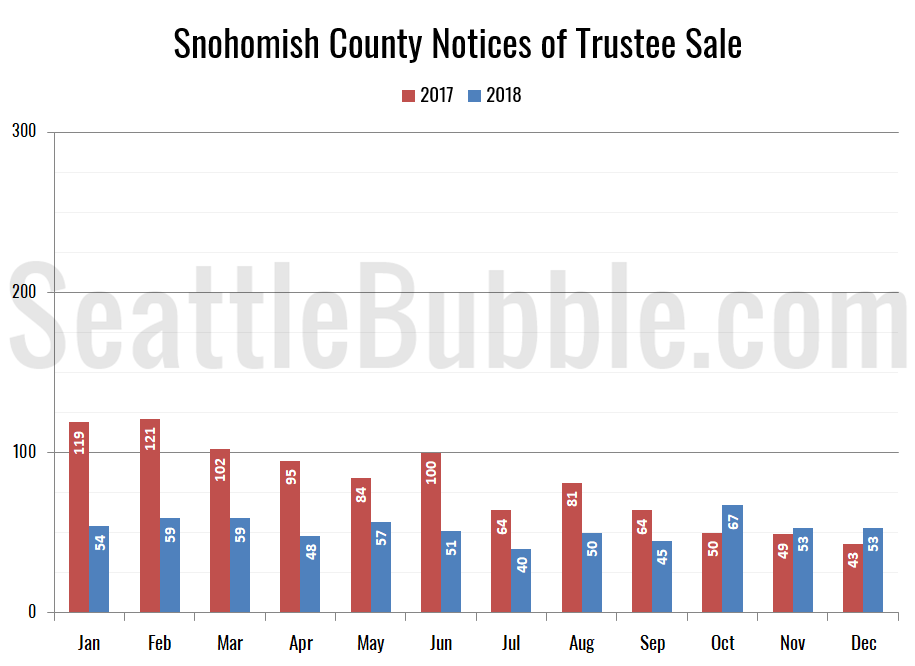 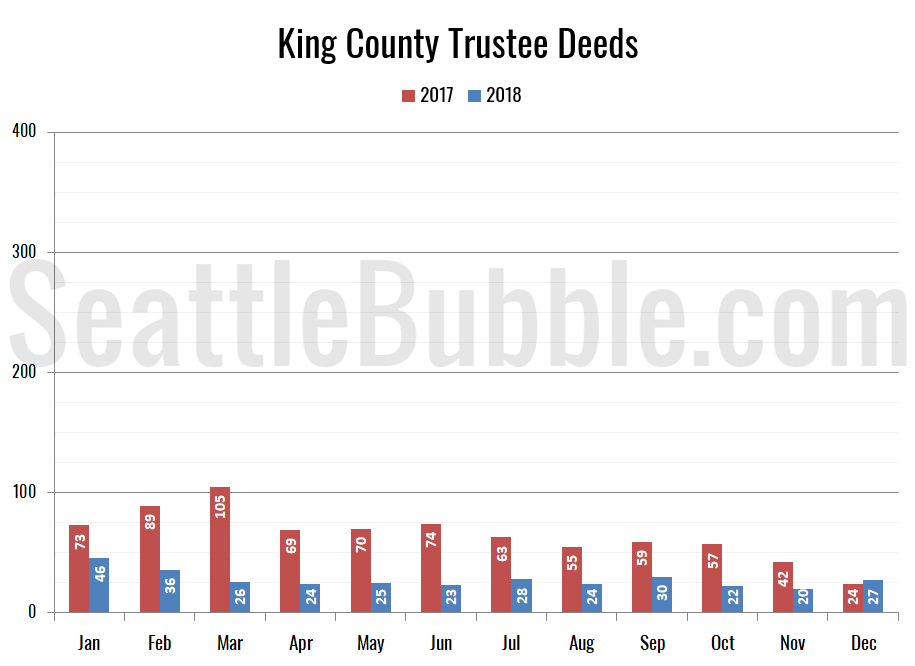