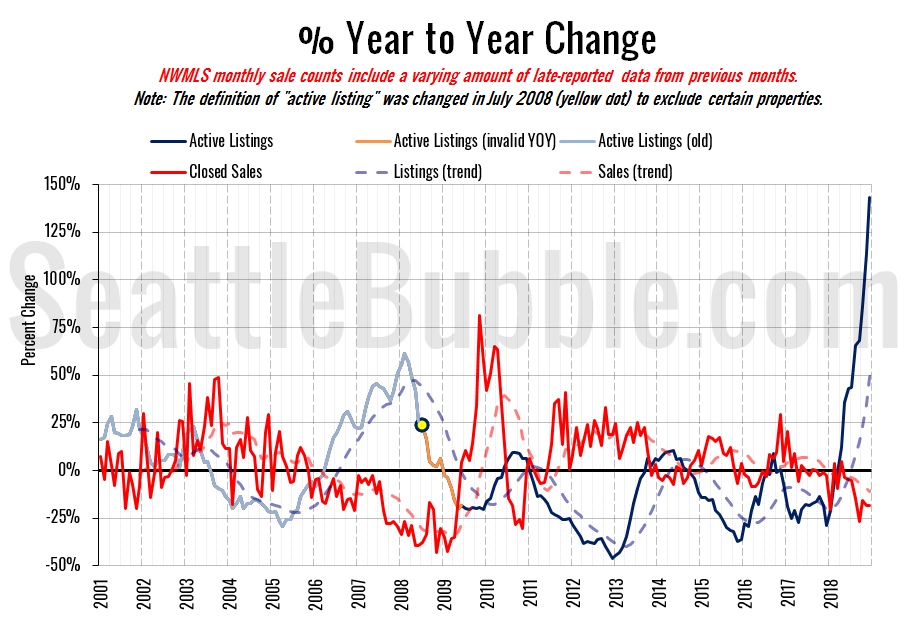 December market stats have been published by the NWMLS this afternoon. Year-over-year home price gains dropped to their lowest level since March 2012 as inventory skyrocketed, despite the fewest new listings ever in a month. The end of 2018 definitely set up 2019 to be an interesting year in the housing market.

The NWMLS press release hasn’t come out yet, so let’s get right to the data. 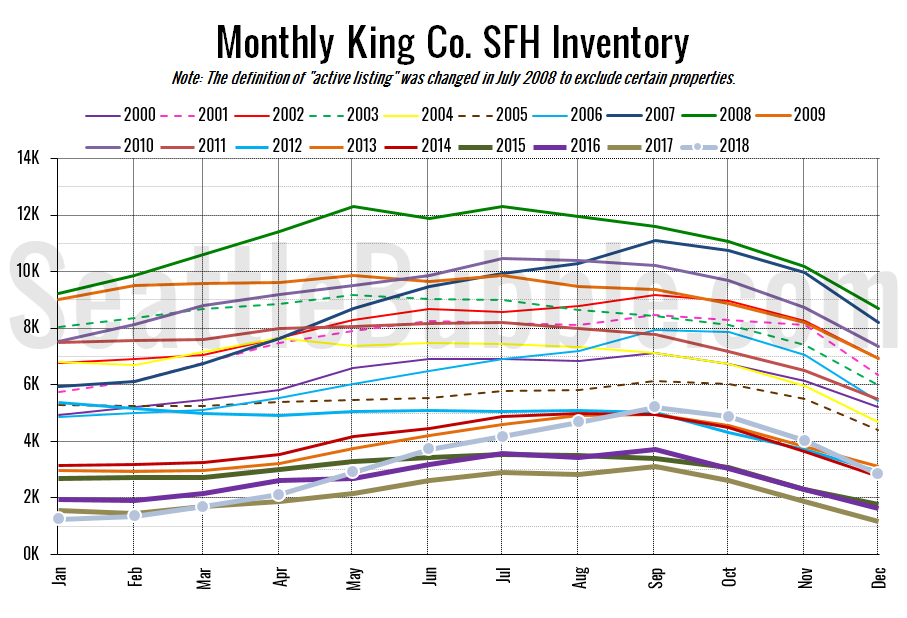 Inventory fell 29 percent from November to December, and was up 143 percent from last year. This is the highest level of December inventory since 2013.

On the flip side, here’s the chart of new listings: 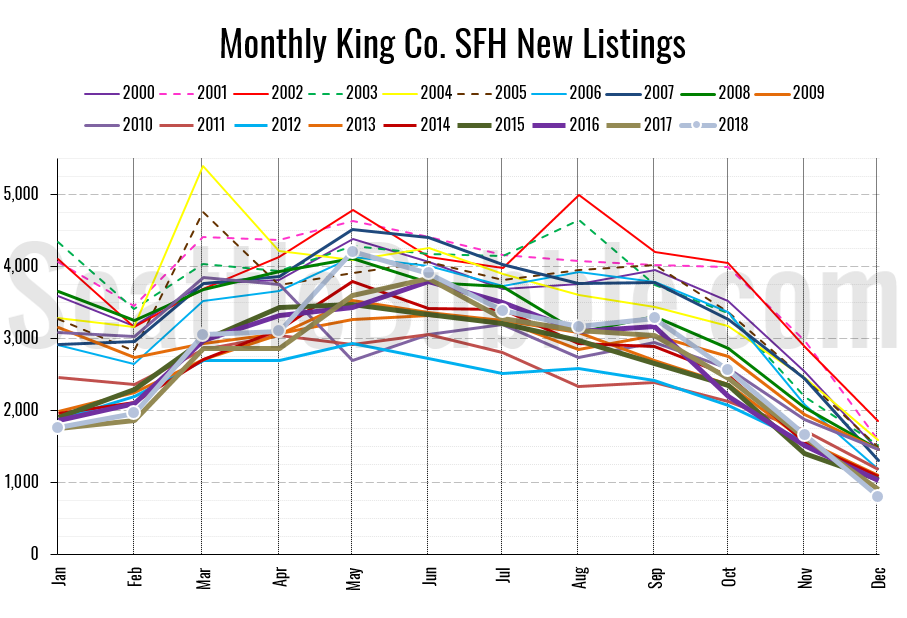 New listings were down 11 percent from a year ago, falling to their lowest level ever for any month of the year. It’s definitely interesting that standing inventory is increasing so quickly despite to few new listings hitting the market. 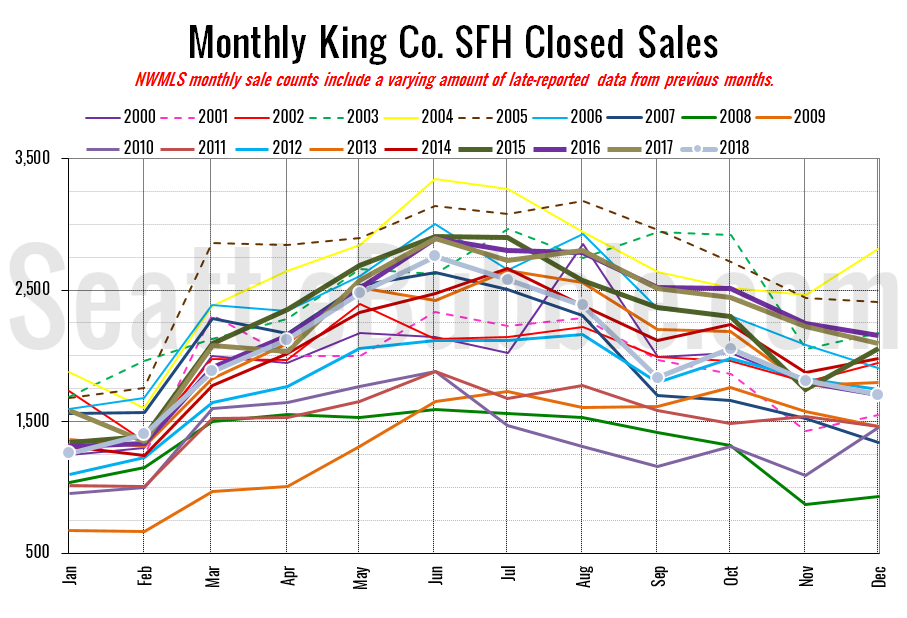 Closed sales fell six percent between November and December. Last year over the same period closed sales also dropped six percent. Year-over-year closed sales were down 19 percent and were at their lowest December level of the past seven years. 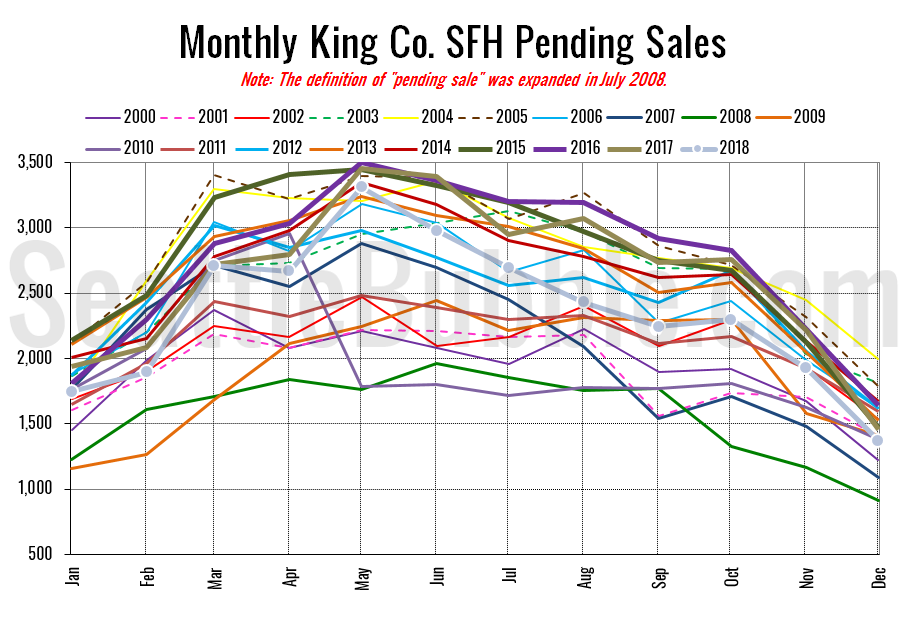 Pending sales were down 29 percent from November to December, and were down six percent year-over-year. The last time there were fewer pending sales in a December than there were last month was in December 2008.

The continuing massive surge in active inventory has forced me to adjust the y-axis on this chart. Again. We’ve hit new all-time records each of the last five months. 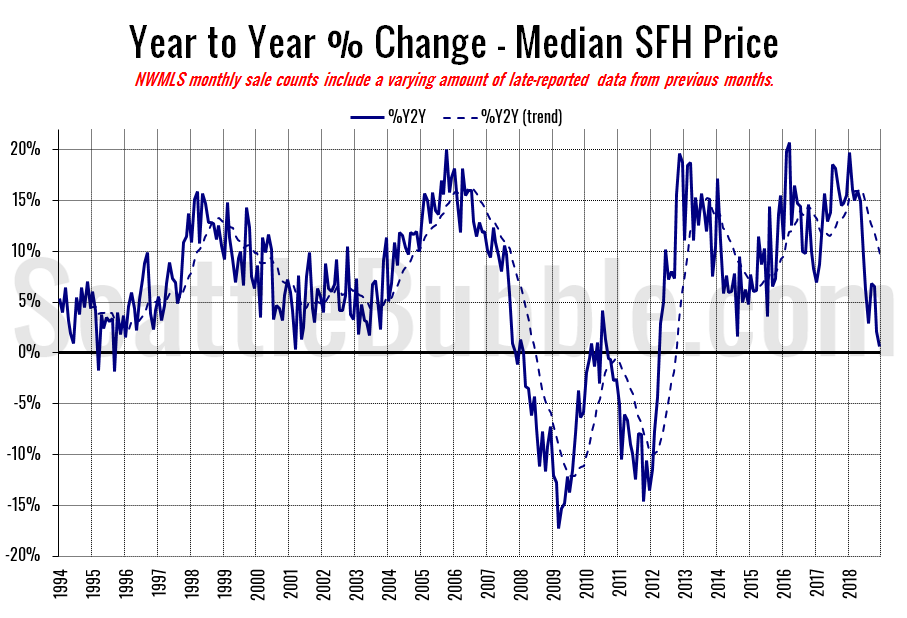 Year-over-year home price changes edged down again from November to December, to the lowest level since March 2012, which was the last month that prices were falling year-over-year.

Finally, here is the chart comparing King County SFH prices each month for every year back to 1994 (not adjusted for inflation). 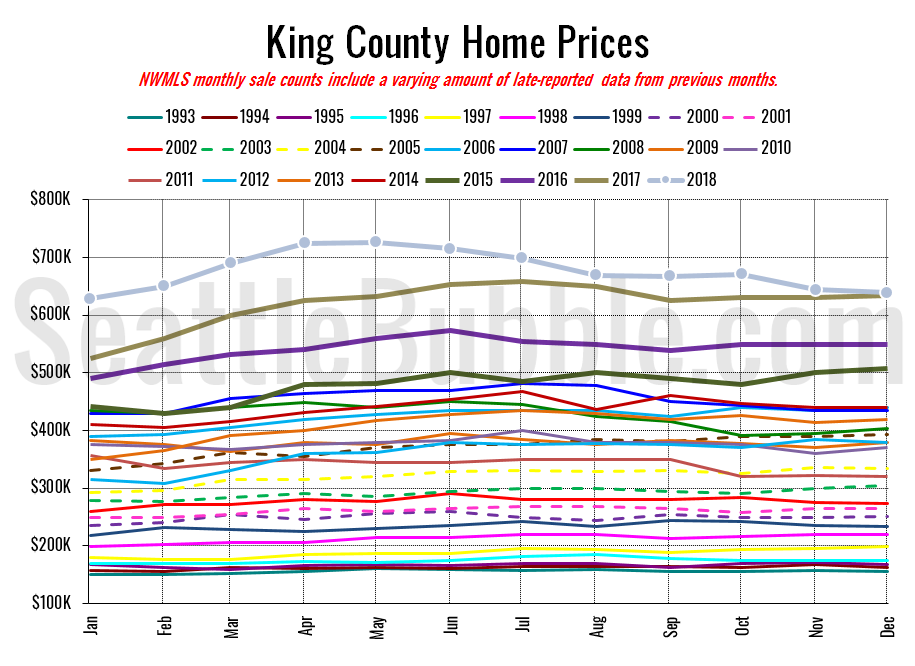 So far there’s no story on the December data in the Seattle Times yet. I’ll update this post later after they publish their story.