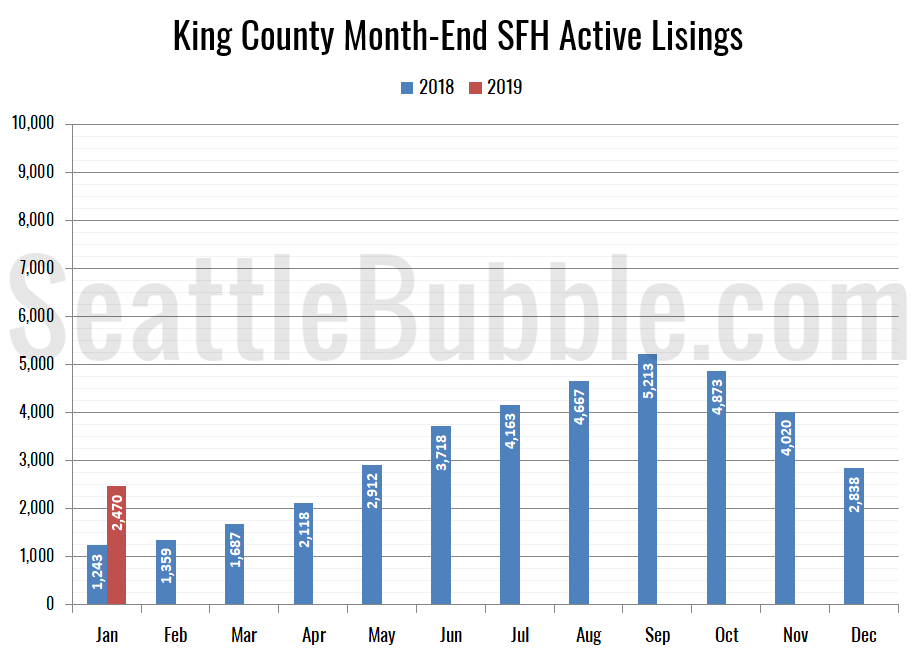 Overall the story is still improving for buyers. Inventory in January was comparable to April or May of last year, a huge increase. Sales were down from a year ago, and foreclosures are still nearly non-existent. 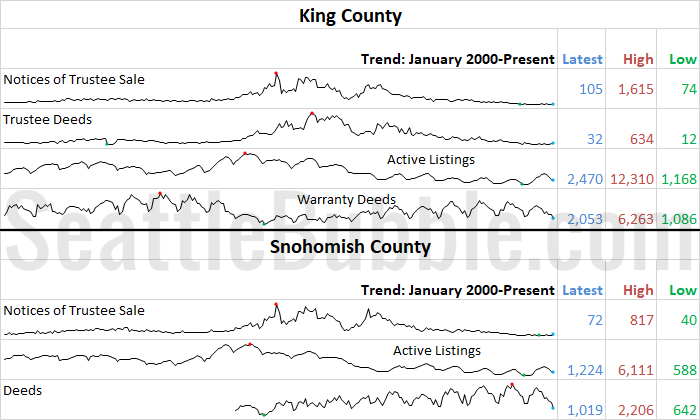 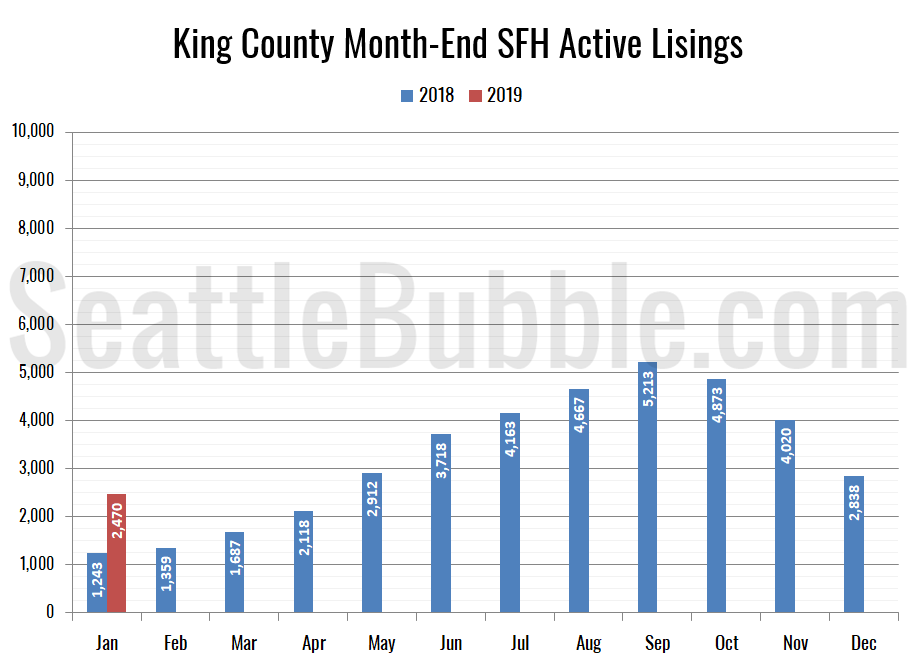 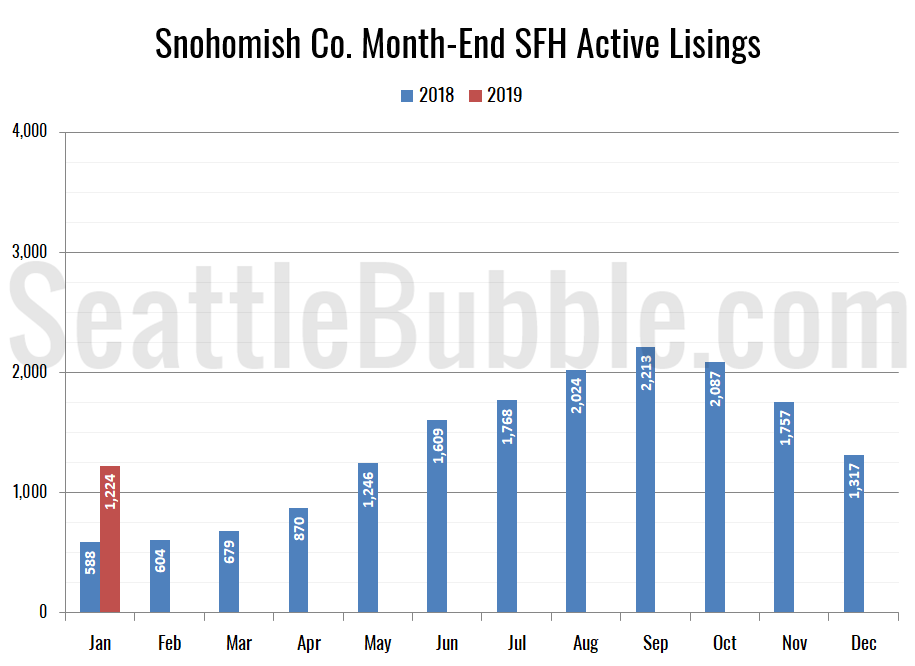 The number of homes on the market in King County dropped 13 percent from December to January, but year-over-year listings are still up quite a bit, gaining 99 percent from January 2018.

In Snohomish County inventory fell 7 percent month-over-month, and the year-over-year growth was up 108 percent. 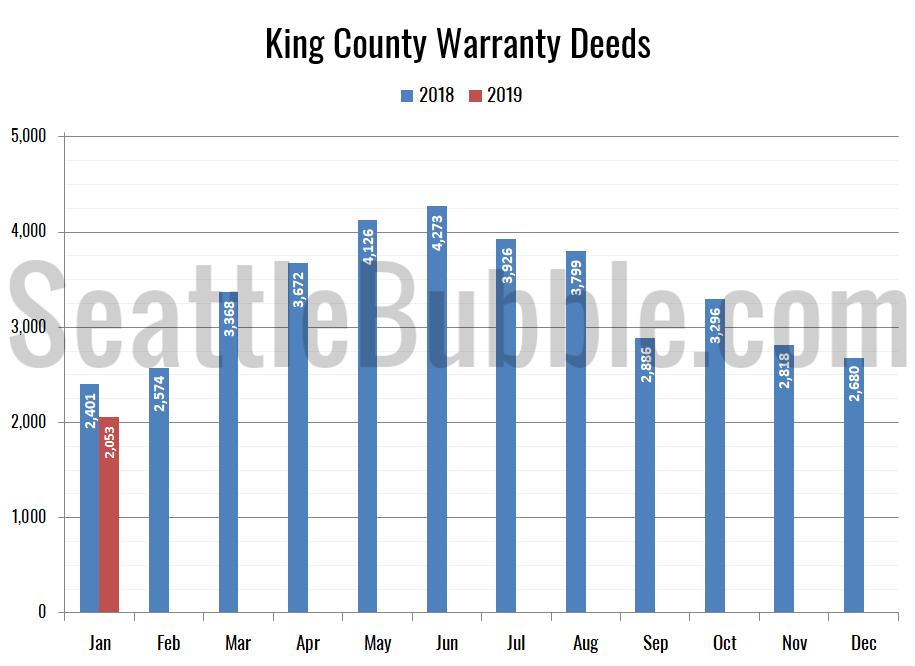 Sales in King County fell 23 percent between December and January (a year ago they fell 30 percent over the same period), and were down 14 percent year-over-year. 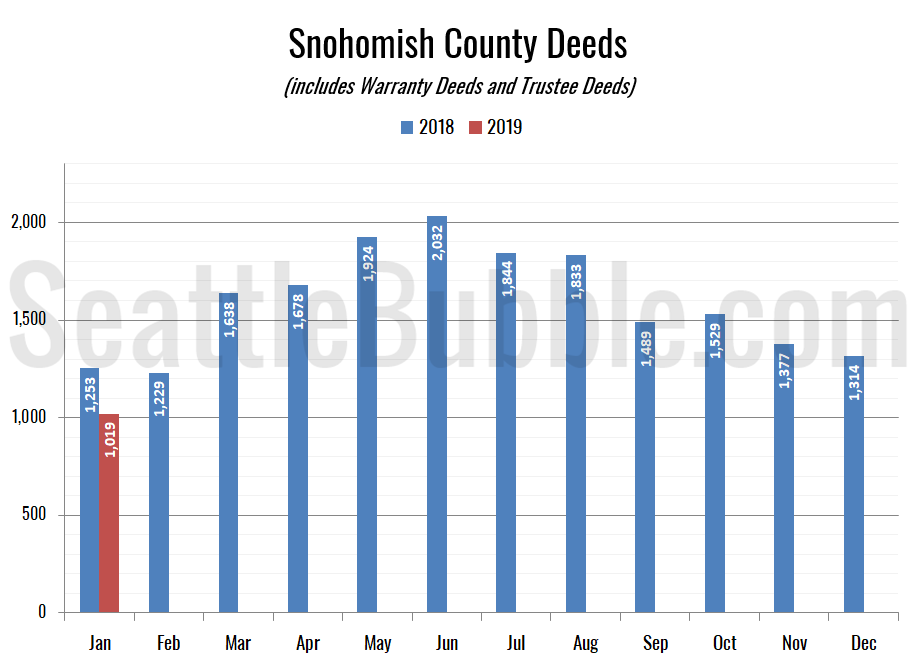 Deeds in Snohomish fell 22 percent month-over-month (the same drop as the same period last year) and were down 19 percent from a year earlier. 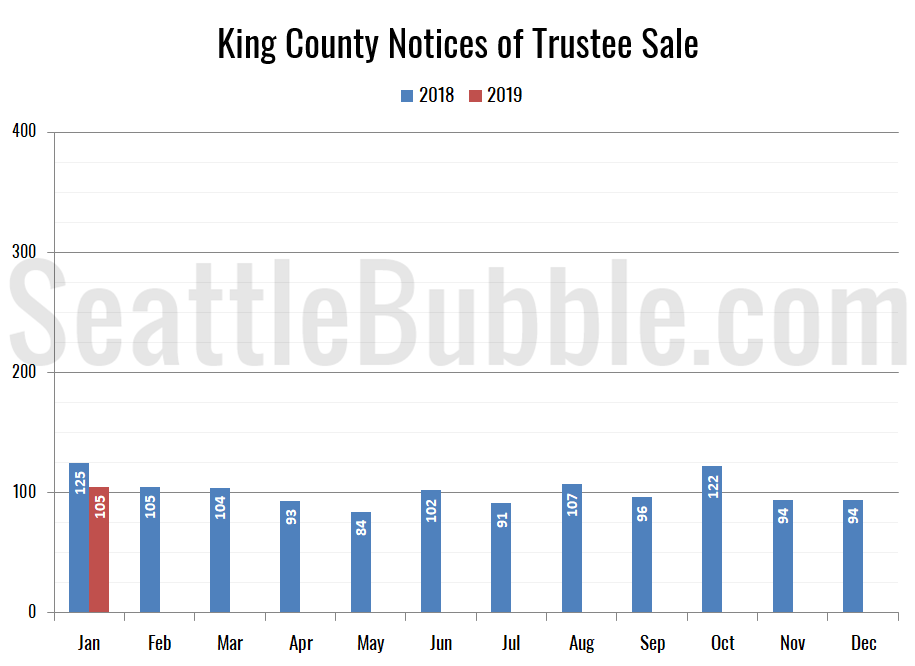 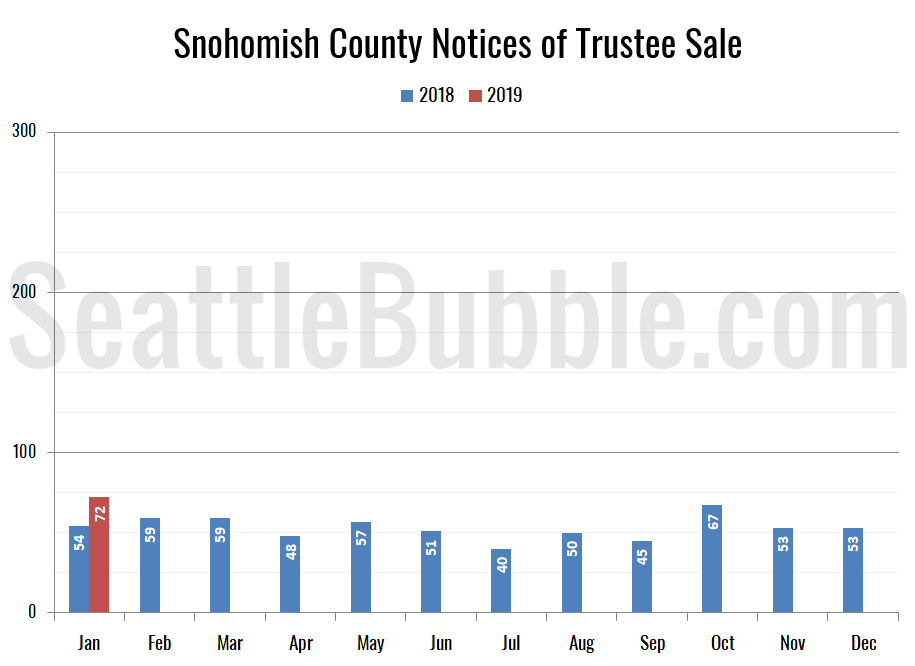 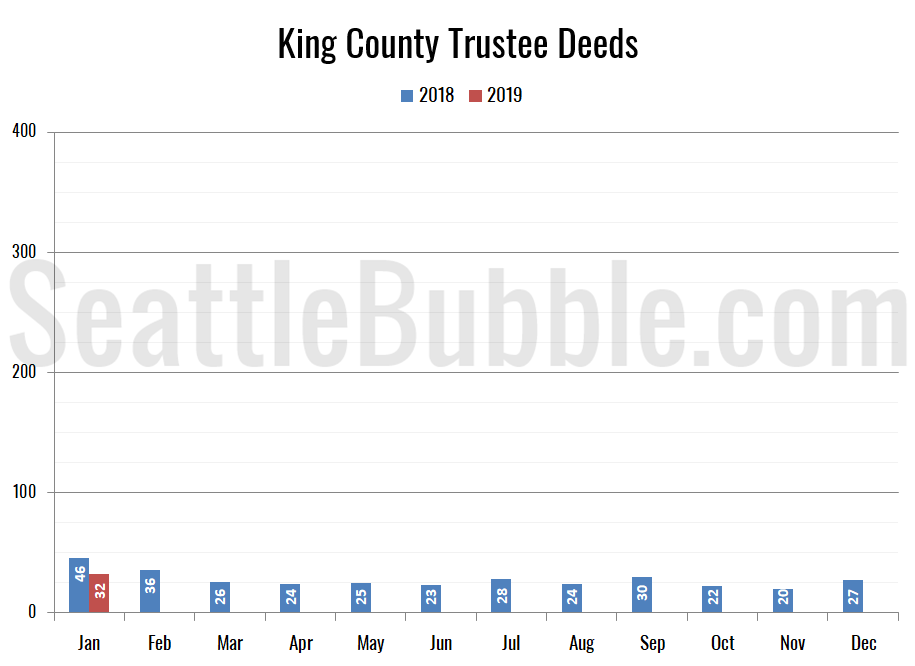 Trustee Deeds were down 30 percent from a year ago.