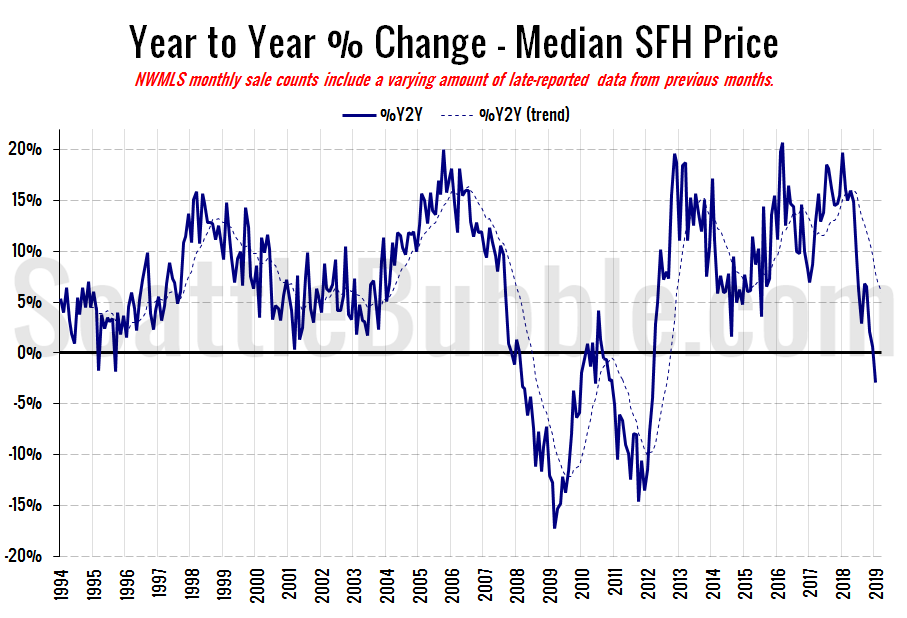 January market stats were published by the NWMLS yesterday. The King County median price of single-family homes fell year-over-year for the first time since March of 2012. Inventory is way up from a year ago, but pending sales started increasing year-over-year, so buyers may be coming back.

Homebuyers resuming search amid improving inventory, attractive terms
Home buyers around Washington state are making their way back to the market, hoping to take advantage of improving inventory, attractive interest rates, and more approachable sellers, according to officials with Northwest Multiple Listing Service.
…
J. Lennox Scott, chairman and CEO of John L. Scott Real Estate, said buyers “came out of the woodwork” after the holidays, eager to take advantage of better housing conditions. “Areas close to the job centers are seeing improved affordability from spring 2018,” he said, attributing it to lower interest rates, strong job growth, and adjusted pricing.

I’m not a professional used-house salesman like Lennox, but to me it seems like not a great idea to compare your clients to insects crawling out of the walls in a dilapidated home. But hey, you do you Lennox. 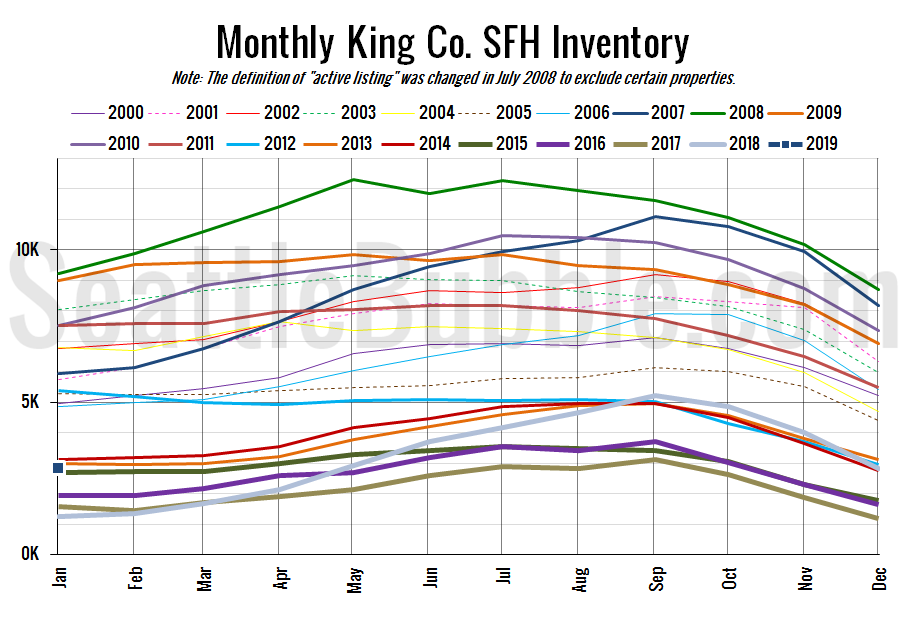 Inventory fell half a percent from December to January, but was up 127 percent from last year. The last time there were over 2,750 homes on the market at the end of January was in 2014. 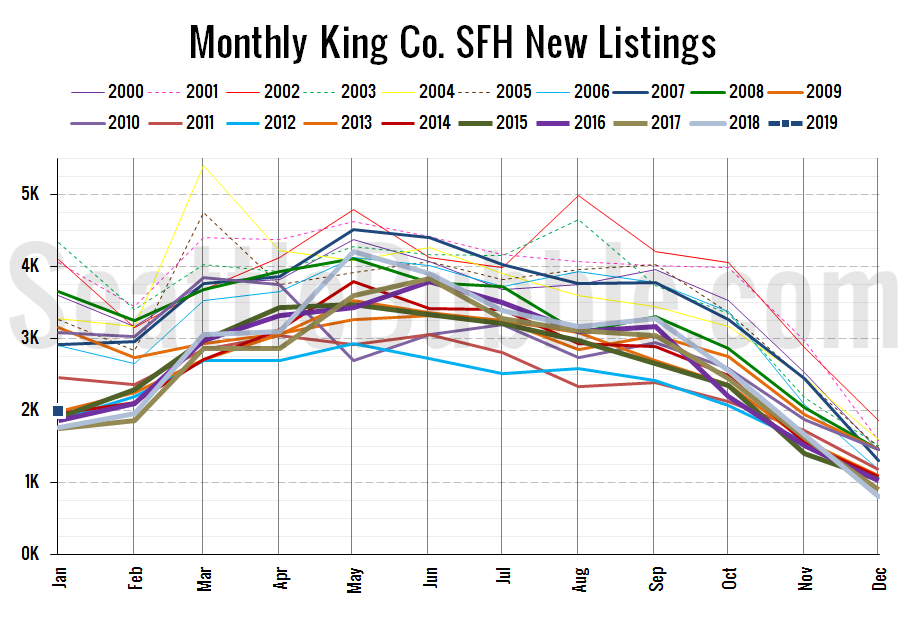 New listings were up 13 percent from a year ago, and more than doubled from December to January. 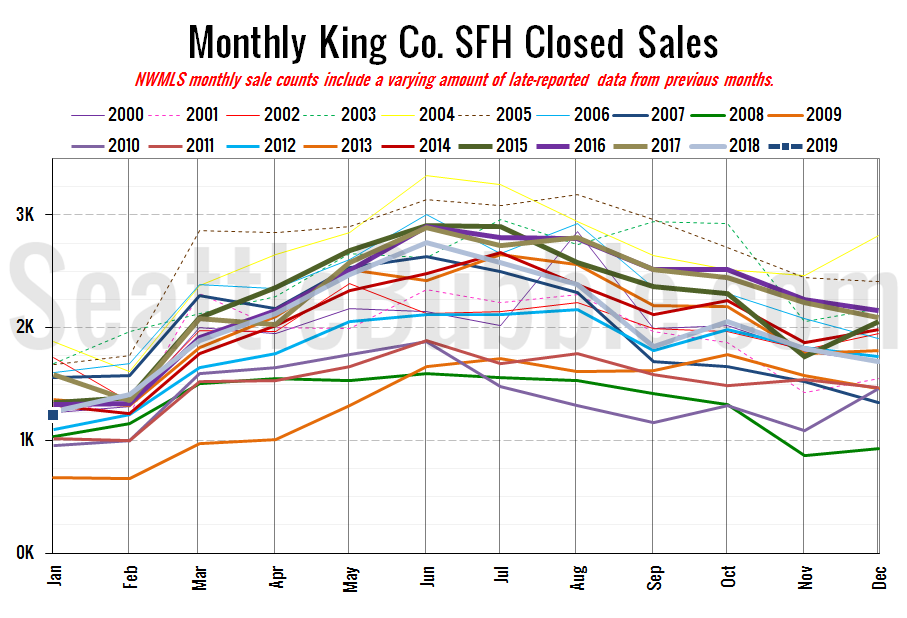 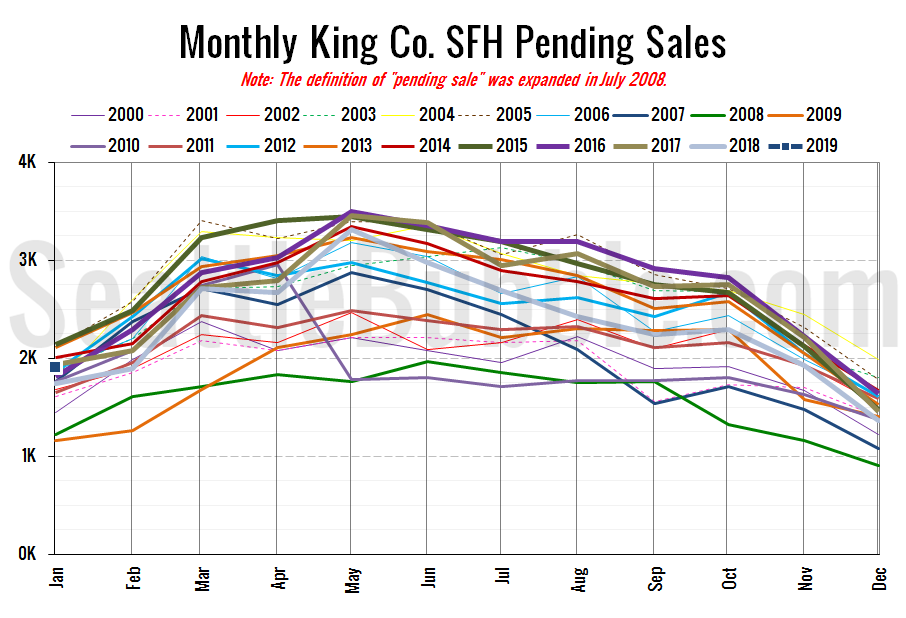 Pending sales shot up 39 percent from December to January, and were up nine percent year-over-year. 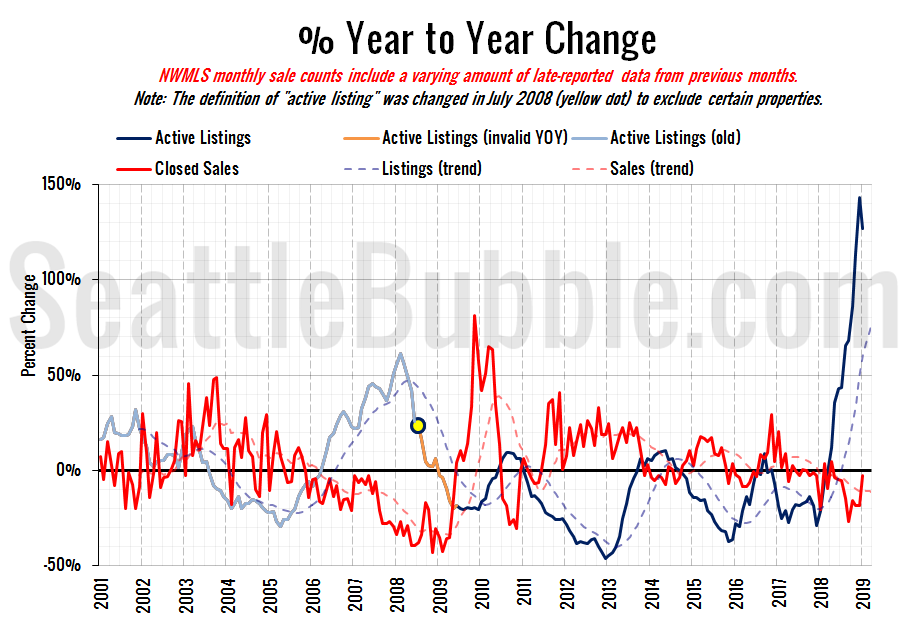 Still a huge year-over-year increase in listings, but the growth did fall off a bit from December to January.

Year-over-year home price changes dropped below zero for the first time in nearly seven years. I doubt we’ll see this continue to fall, but… maybe? 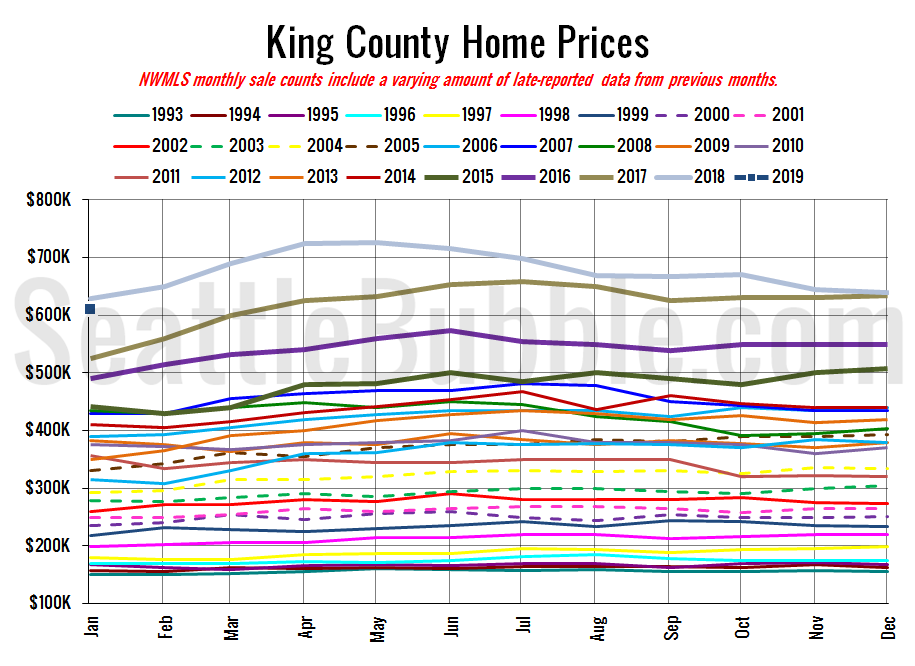 Here’s the article from the Seattle Times: Seattle-area home prices drop to lowest point in two years — down $116,000 since last spring