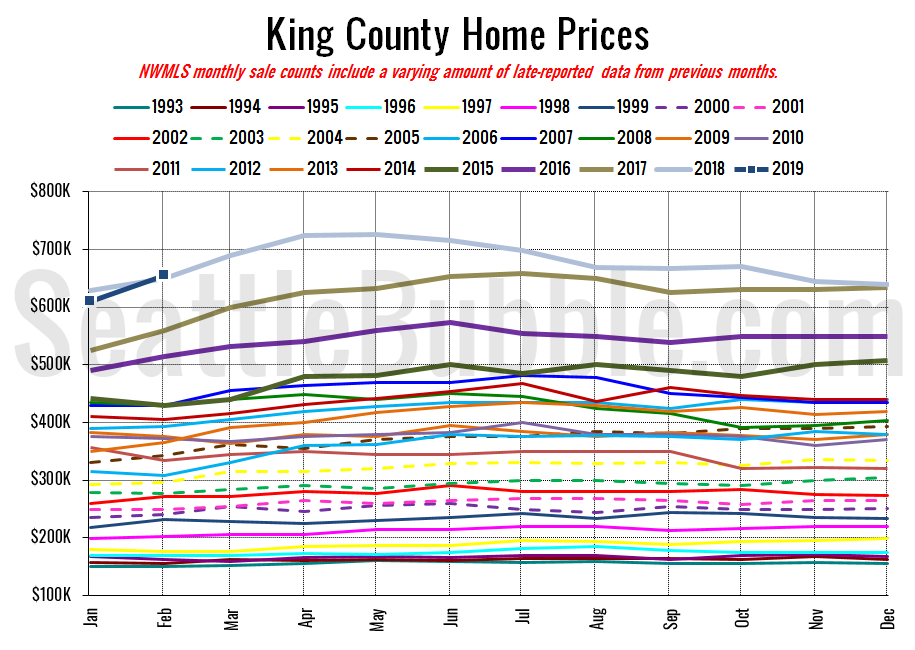 I’ve gotten way behind recently as life and other projects have gotten busy, and I apologize.

Let’s play some catchup and take a look at February market stats from the NWMLS. The King County median price of single-family homes was basically flat year-over-year in February, inventory was way up from a year ago but not by as much as it has been, and pending sales slipped thanks to the nasty weather.

“The winter weather brought the market to a halt,” stated John Deely, principal managing broker at Coldwell Banker Bain. He said last month’s series of snowstorms and frigid temperatures had a negative impact on the typical momentum that builds at the beginning of the year.

For once the used home salespeople actually have a good excuse. The once-a-decade snow storm in February definitely caused an unusual decline in the pending sales numbers. That will probably carry forward to March closed sales numbers. 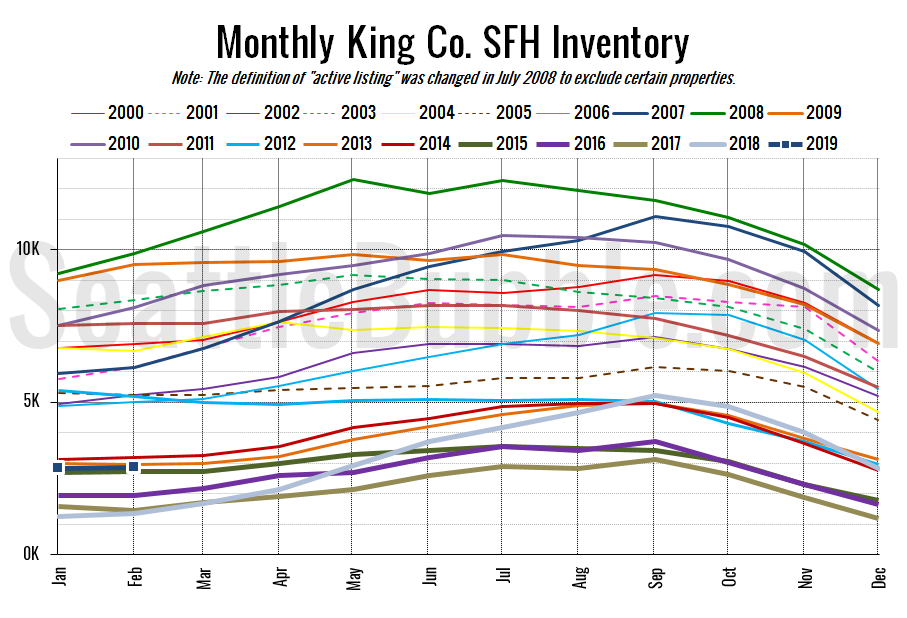 Inventory was basically flat January to February, but thanks to the big gains in 2018 it was up 110 percent from last year. Sales seem to be starting to bounce back so I’m not sure we’ll see another year of big inventory gains in 2019. I hope we do. 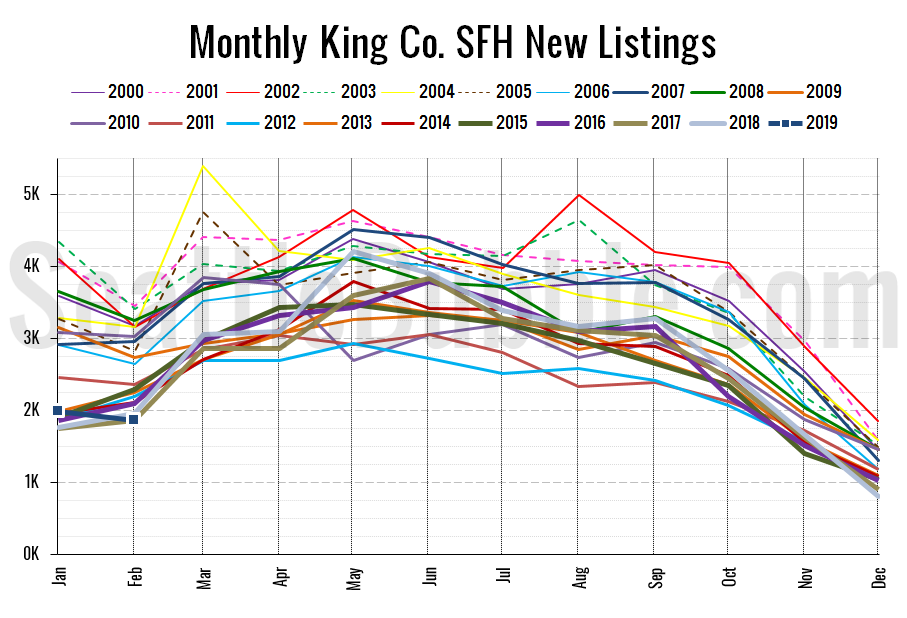 New listings fell between January and February, and was down six percent from a year ago. I imagine that might be due to the snow storm as well. Hopefully we see the typical big spike in the March numbers. 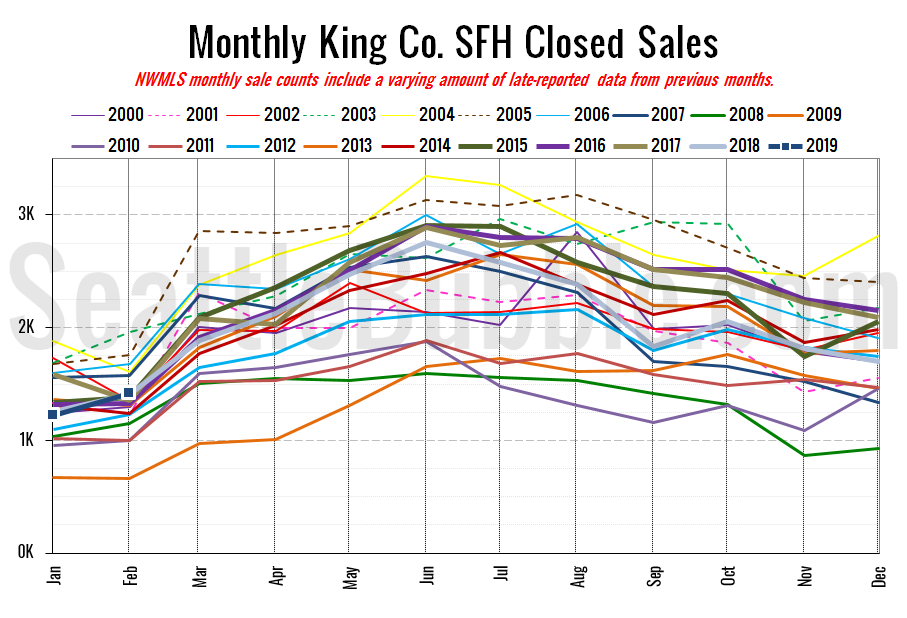 Closed sales rose 16 percent between January and February, and turned in their first year-over-year gain since April 2018. 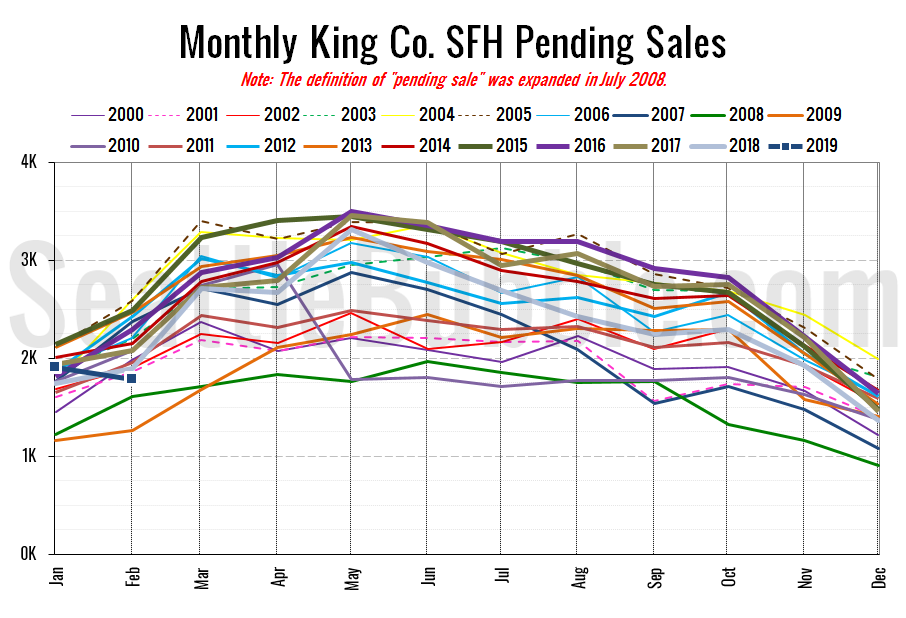 Pending sales fell six percent month-over-month and five percent year-over-year, but again that was probably mostly due to the two-week snow storm. 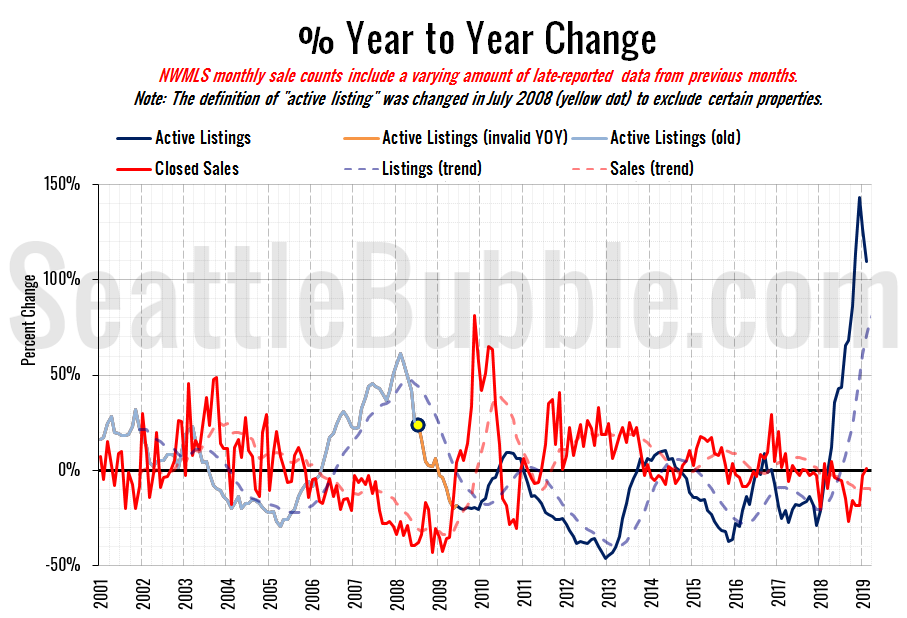 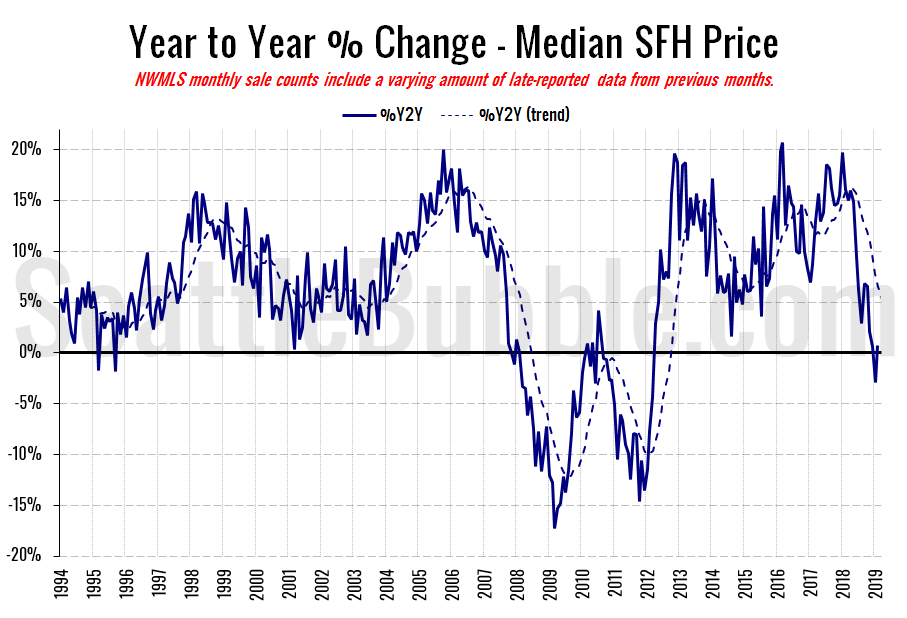 I did say last month that “I doubt we’ll see this continue to fall.” And sure enough, it ticked back into the black in February. 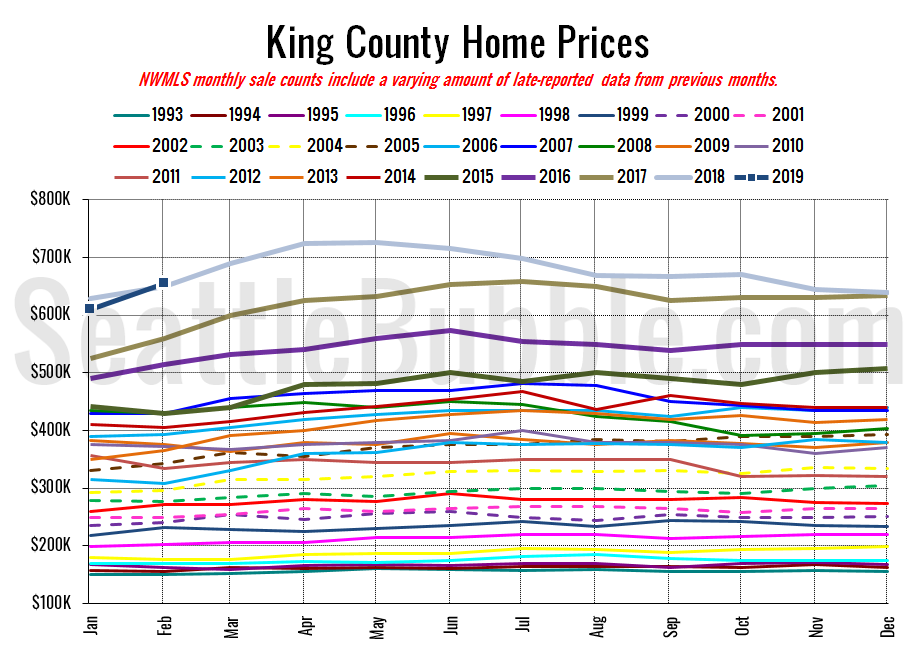 And here’s another good recent article from the Seattle Times that’s worth a read: With King County home prices picking up, are we in for another brutal spring for buyers? Maybe not