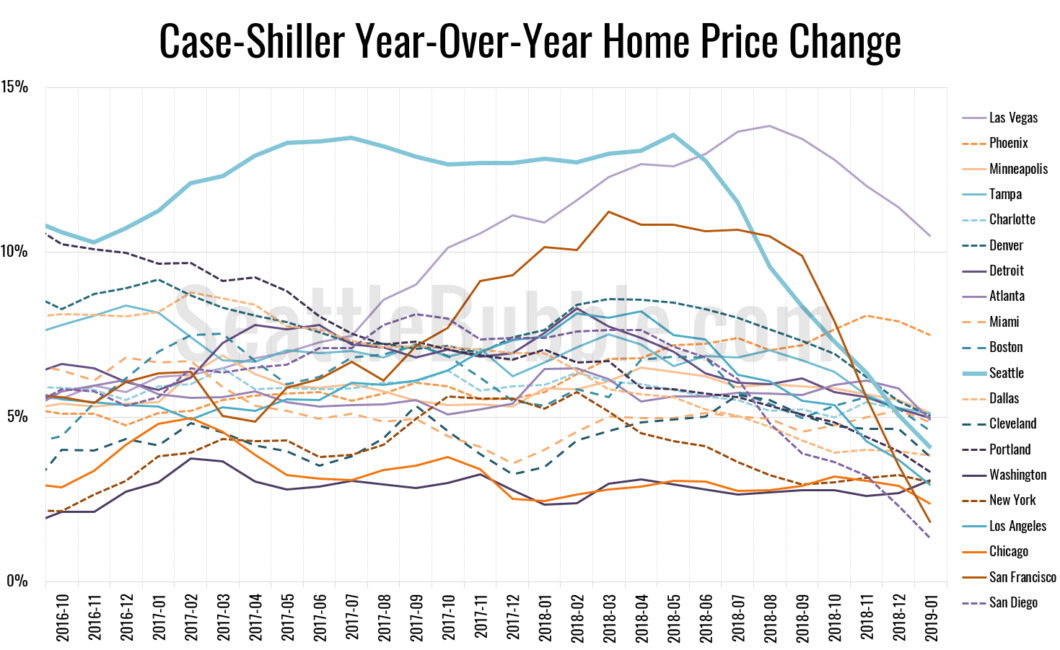 It’s been a while since we posted our Case-Shiller charts and dashboards, so let’s have a look at the latest data from the Case-Shiller Home Price Index. According to January data that was released yesterday, Seattle-area home prices were:

Seattle’s streak of dead last for month-over-month price changes lasted five months between July and November, and has since climbed slightly to #13 of 20 in the mont-over-month charts.

Seattle has fallen from #1 in year-over-year price growth back in May all the way down to #11 as of January, falling below the overall national rate. 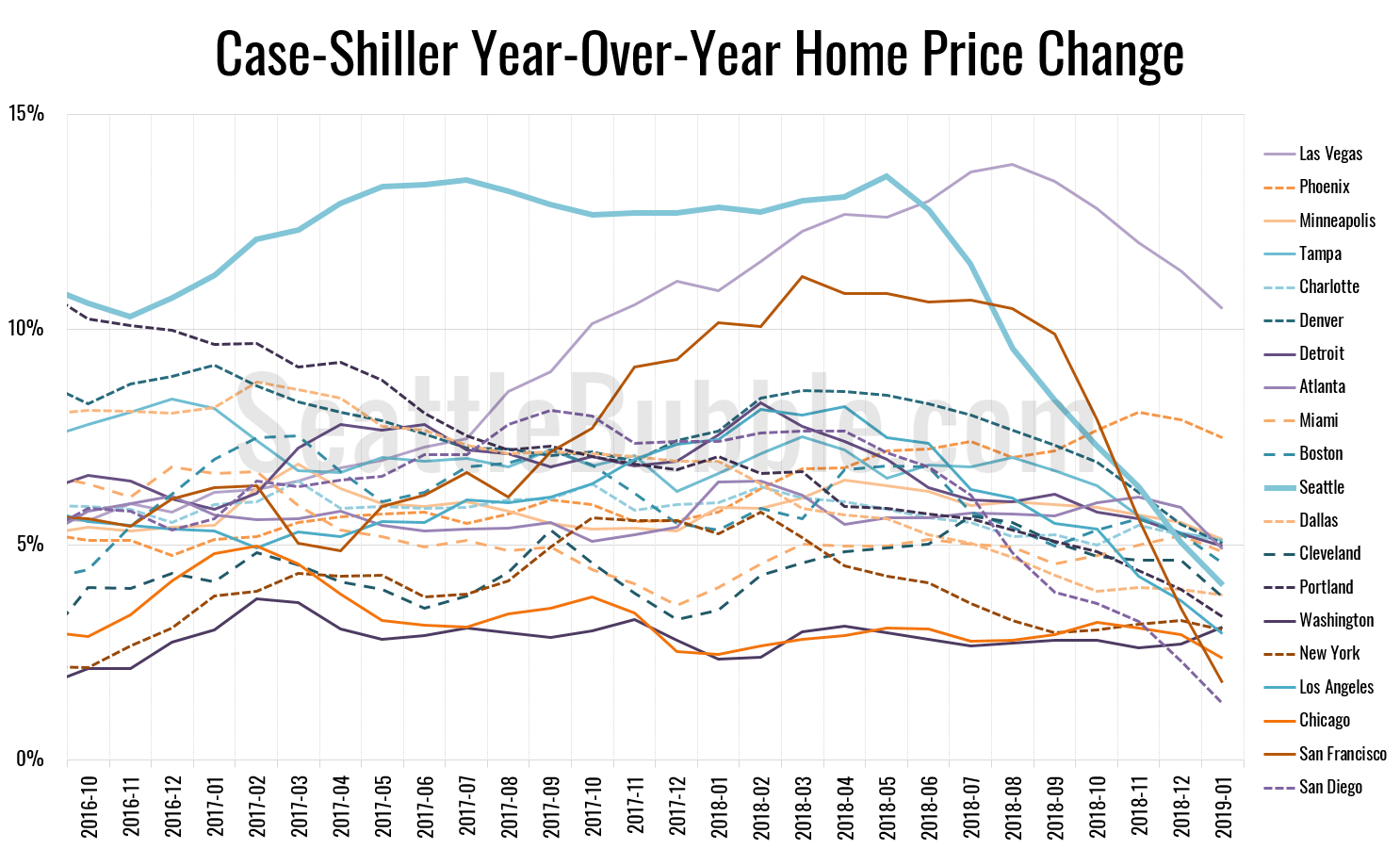 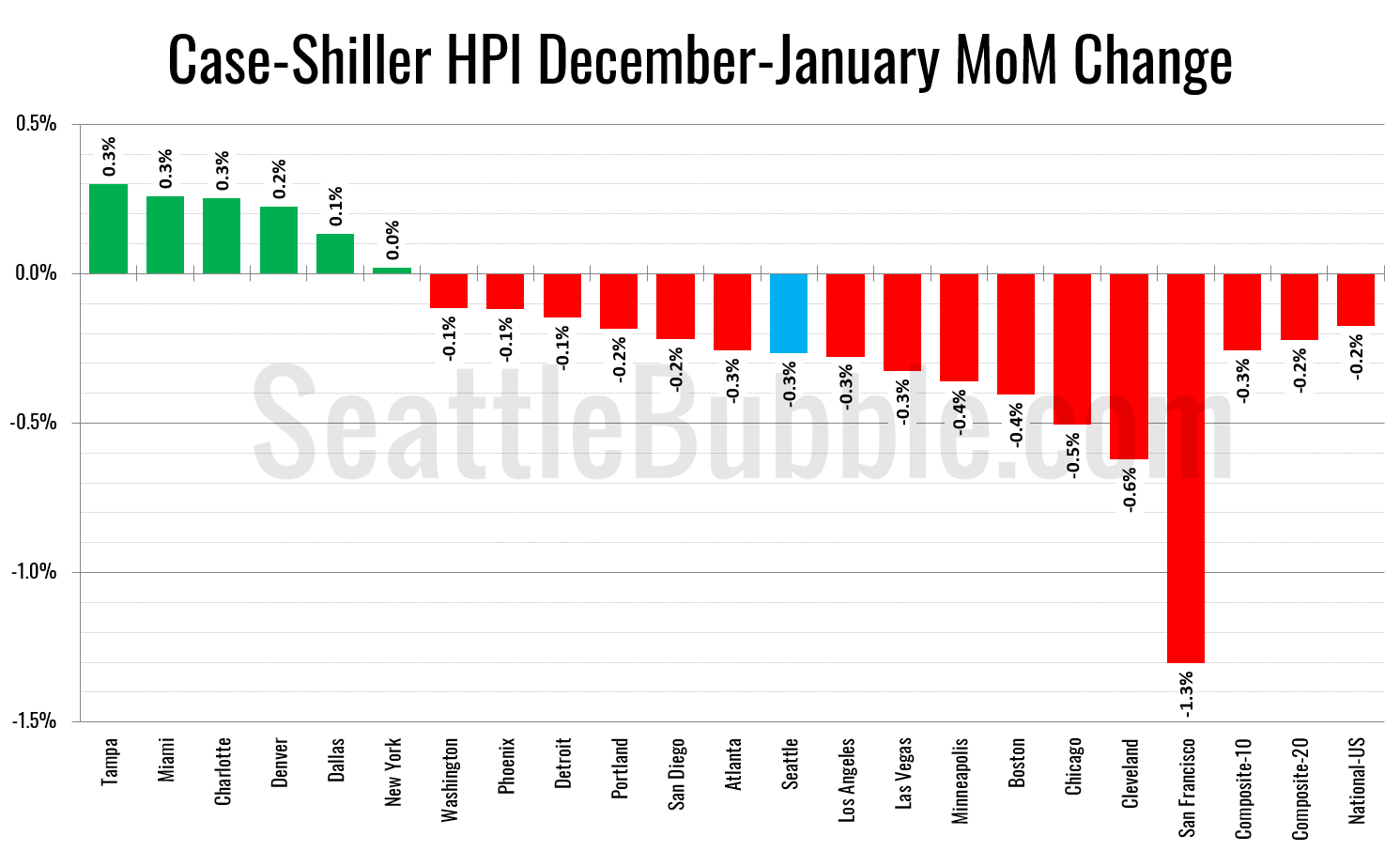 There were two metro areas that hit new all-time highs in January: Charlotte and Dallas. 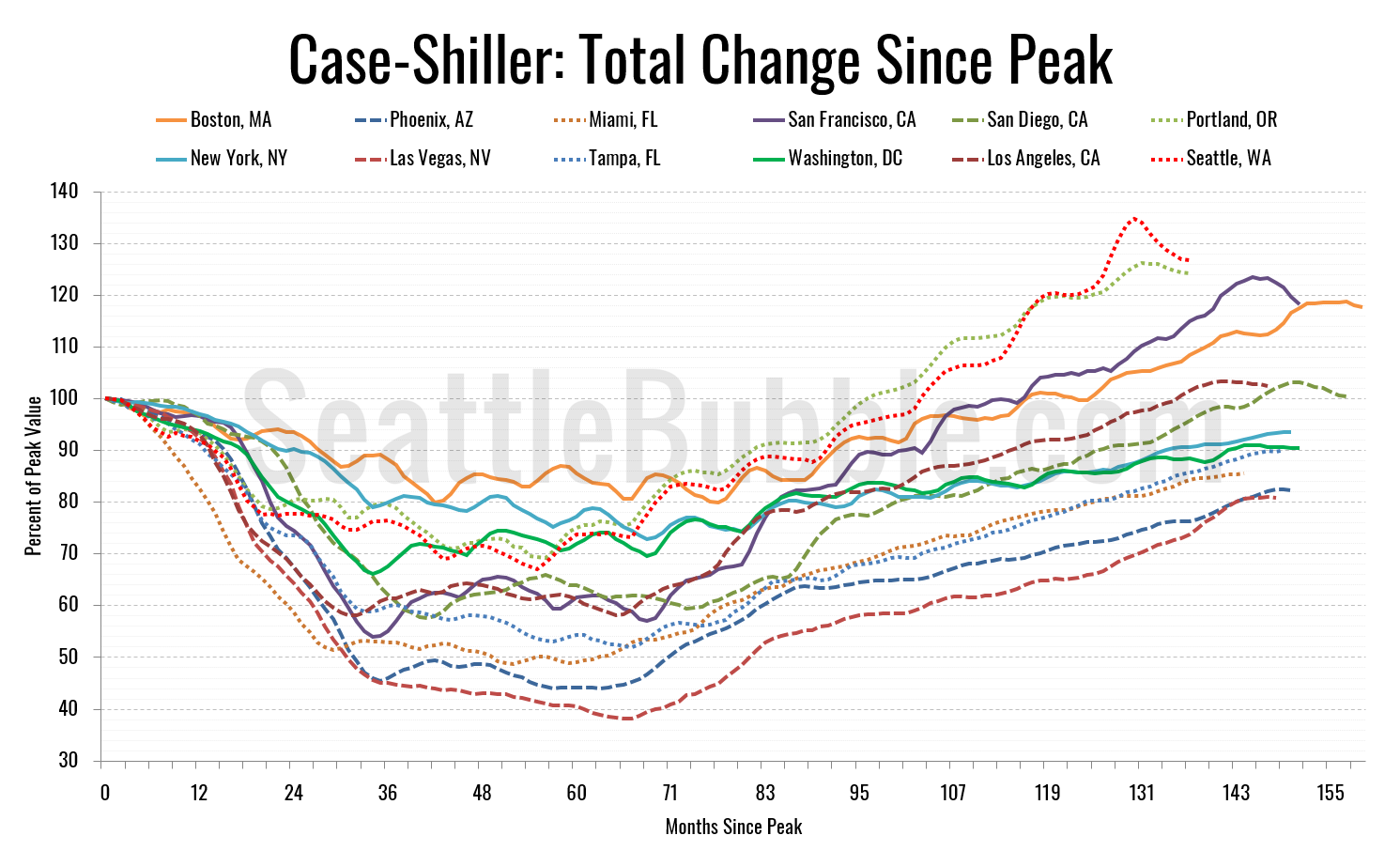 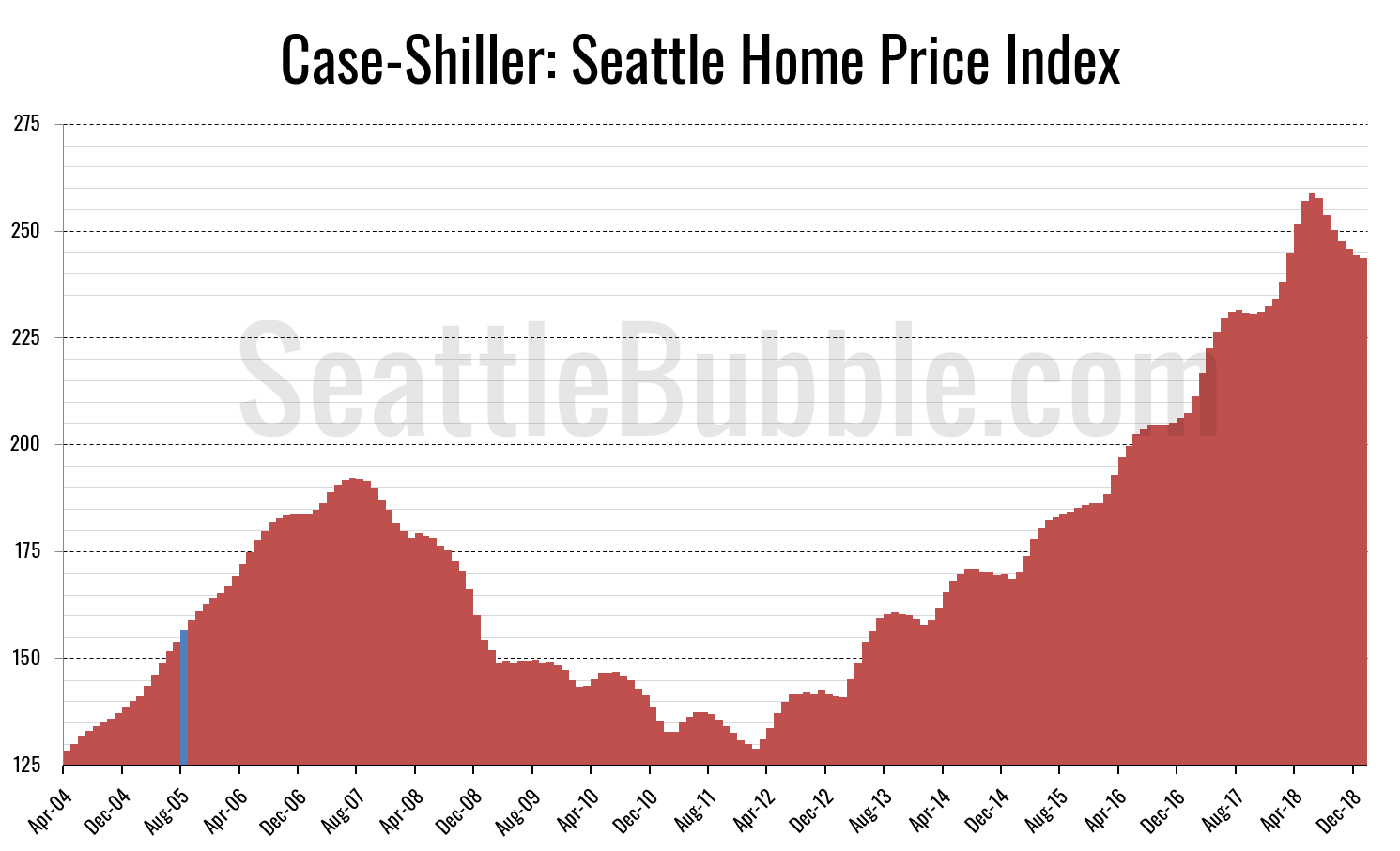 This is by far the biggest decline in prices that we’ve seen since the previous bubble burst. Will it continue into 2019? I personally doubt it, but we’ll see.