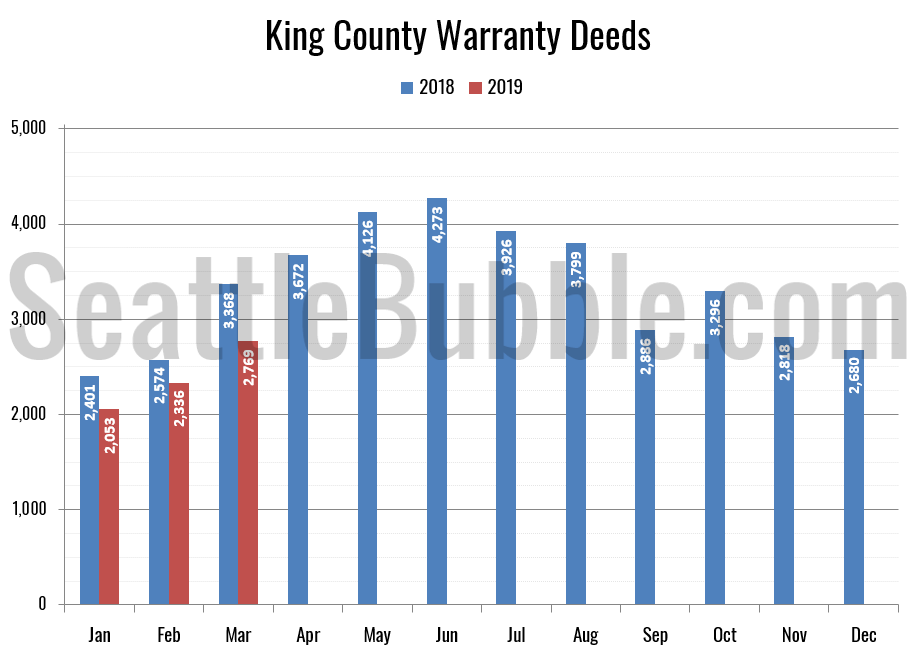 Let’s take a look at our early March housing stats.

Overall the market is still moving in a direction favorable to buyers, but more slowly than it was late last year. By March of this year inventory is already at levels that it didn’t hit until May or June last year. Meanwhile, sales are still down from a year earlier. Foreclosures are still not really an issue at all right now. 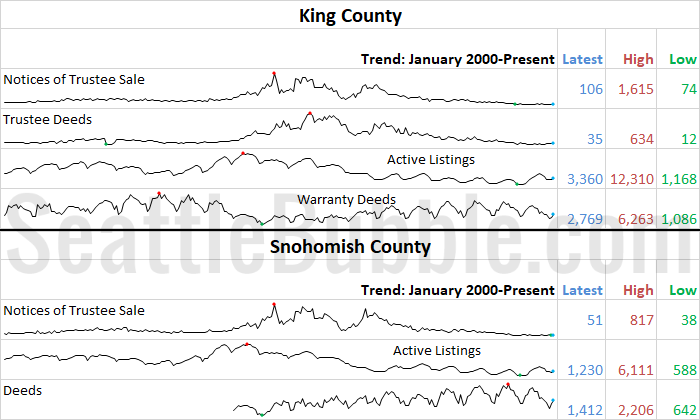 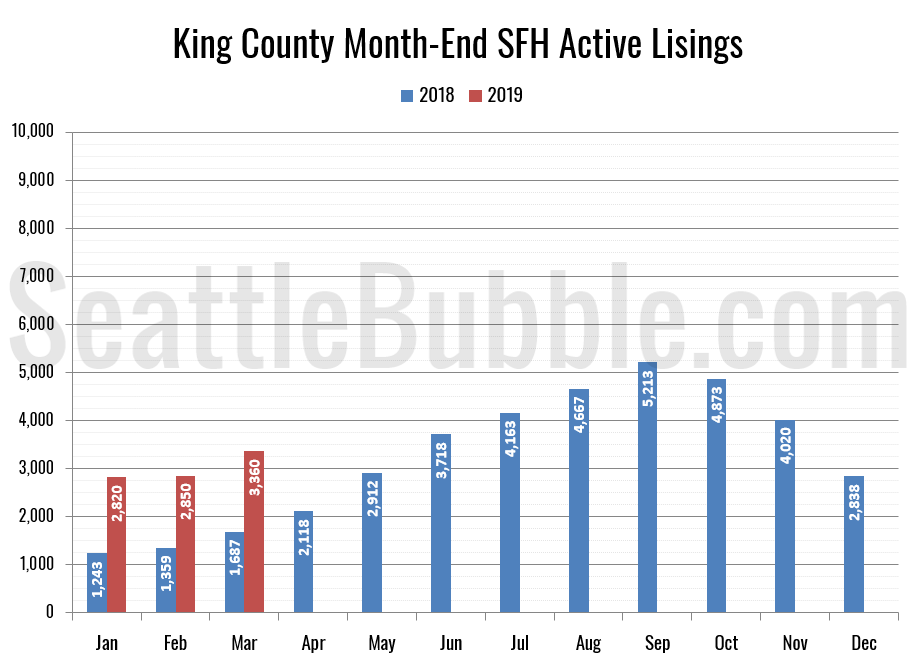 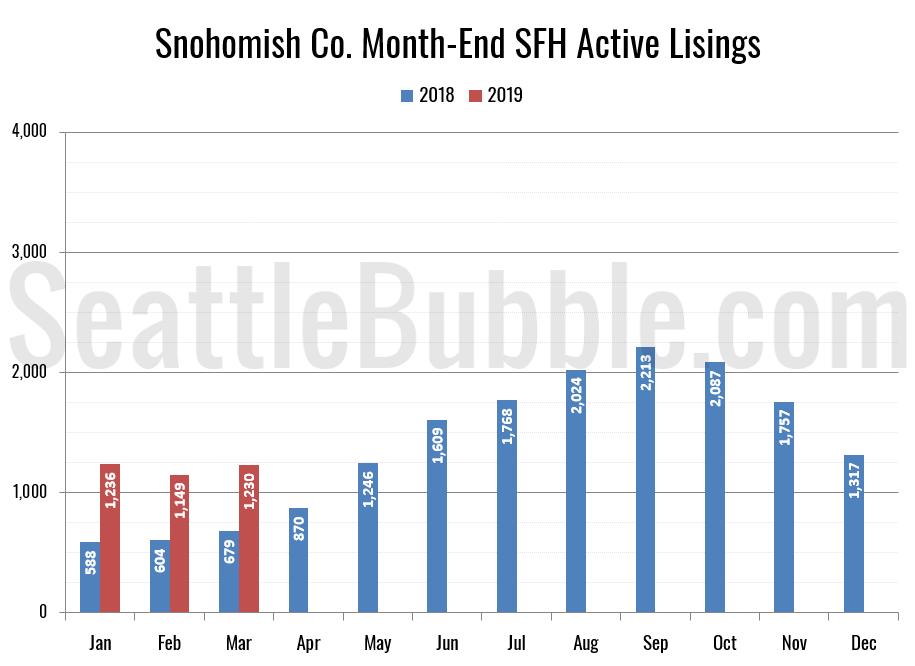 The number of homes on the market in King County climbed 18 percent from February to March, and year-over-year listings are up 99 percent from March 2018.

In Snohomish County inventory rose 7 percent month-over-month, and the year-over-year growth was up 81 percent. Both counties were seeing much larger year-over-year increases in inventory in December and January. 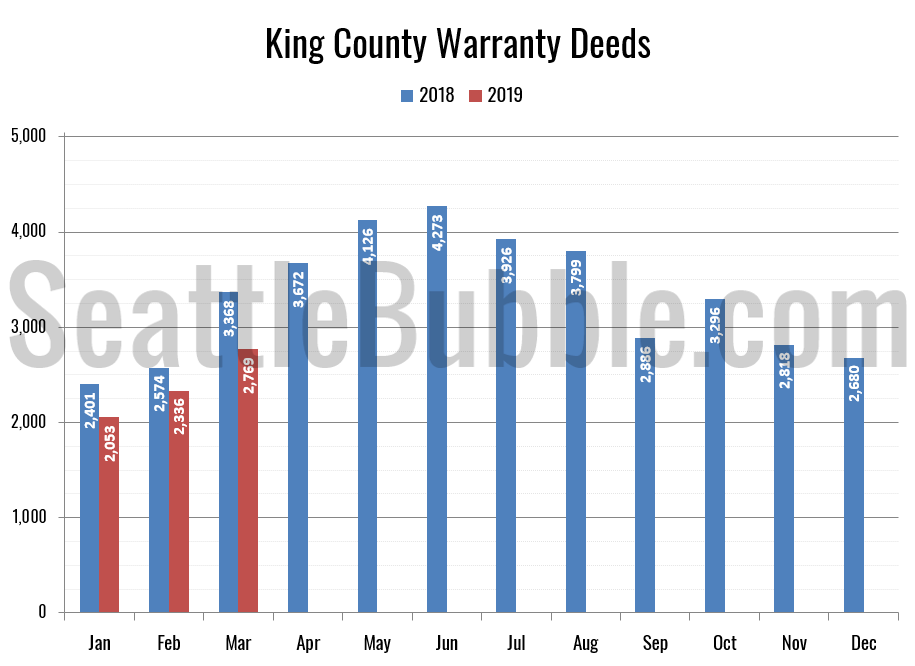 Sales in King County rose 19 percent between February and March (a year ago they rose 31 percent over the same period), and were down 18 percent year-over-year.

Keep in mind that sales that closed in March mostly went pending in February, which is when we had the giant snow storm. So it’s not surprising to see weak closed sales for March. 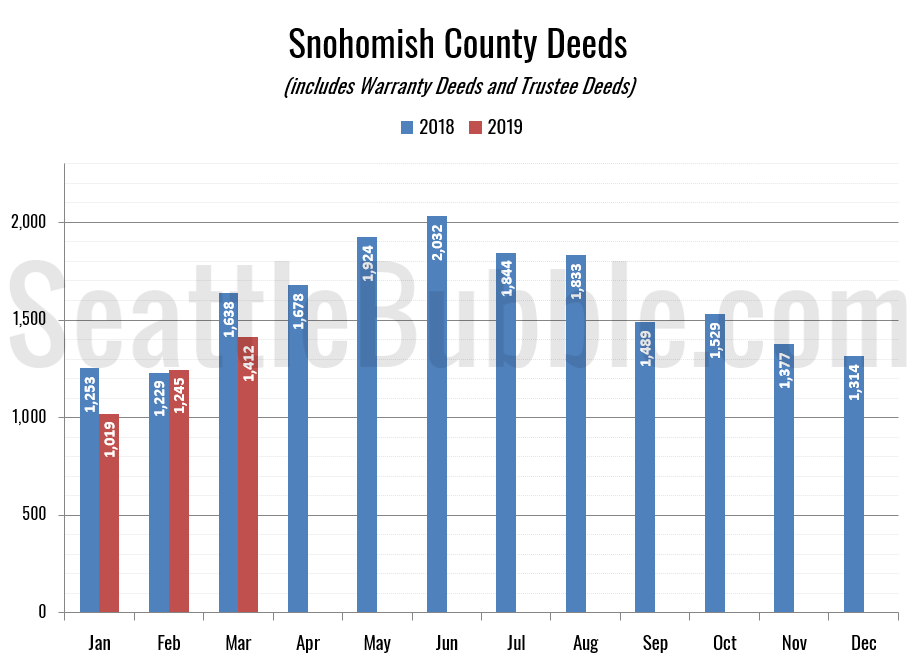 Deeds in Snohomish rose 13 percent month-over-month (in the same period last year they were up 33 percent) and were down 14 percent from a year earlier. 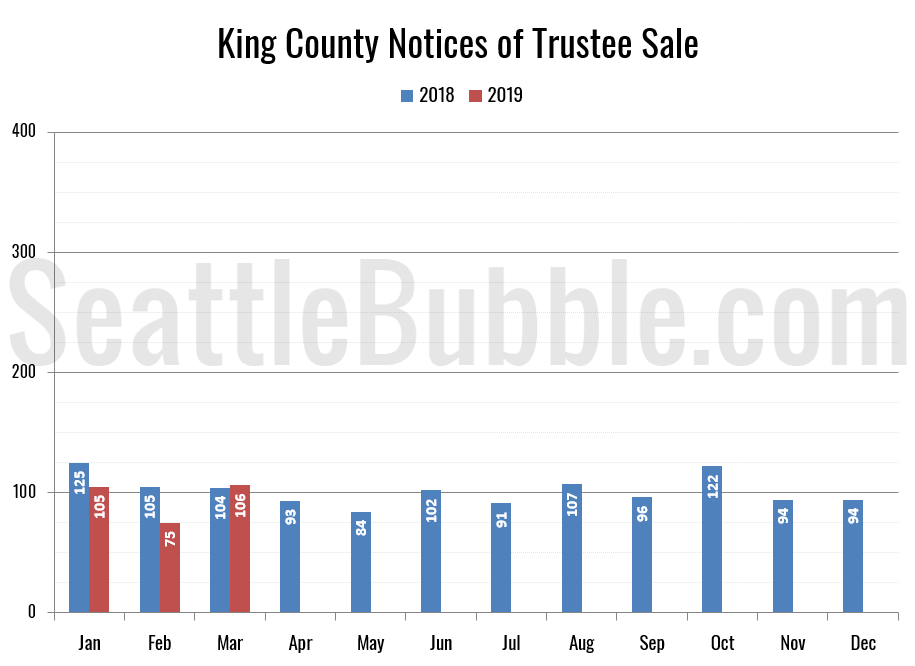 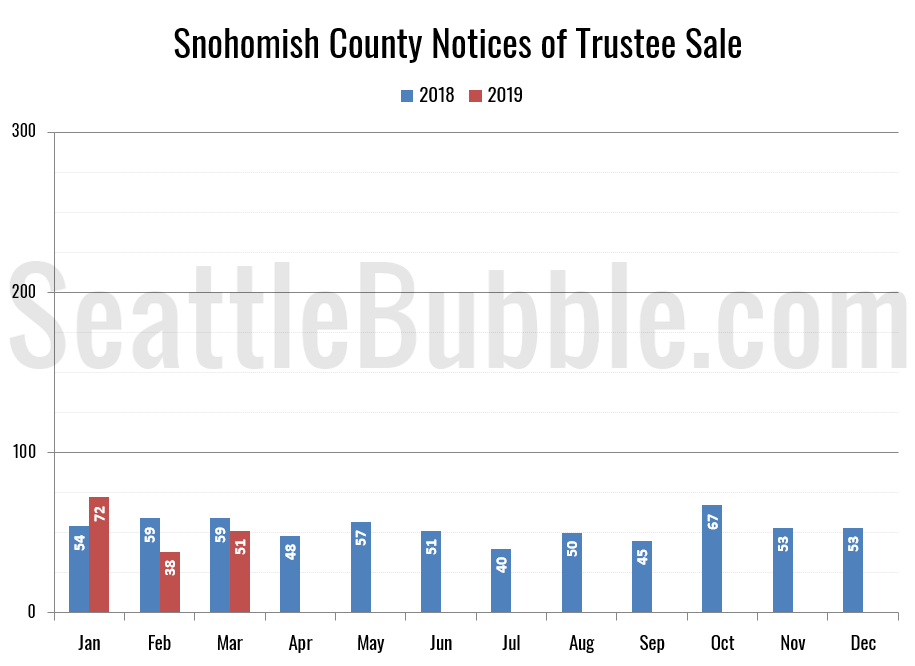 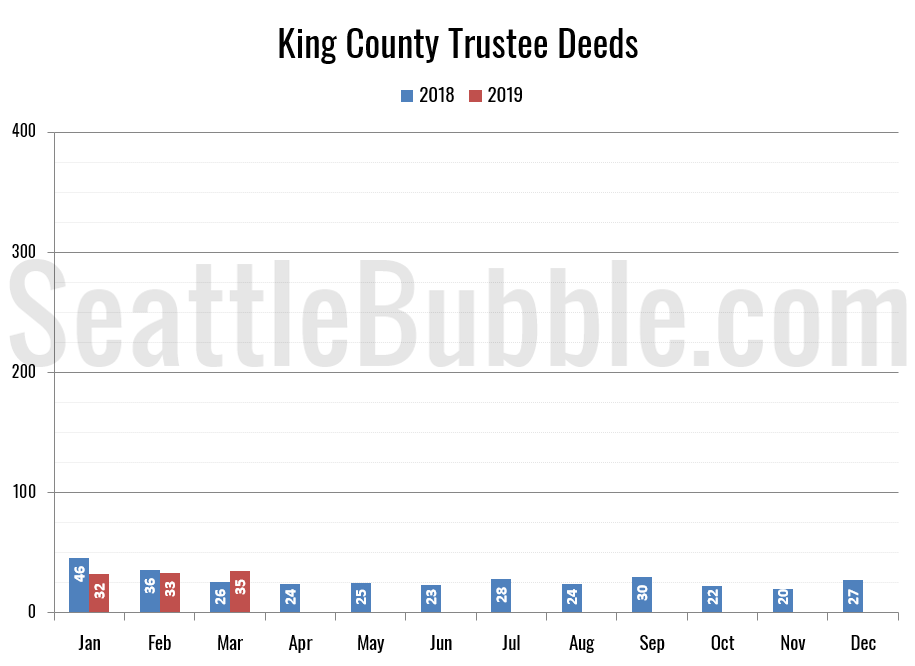 Trustee Deeds were up 35 percent from a year ago.