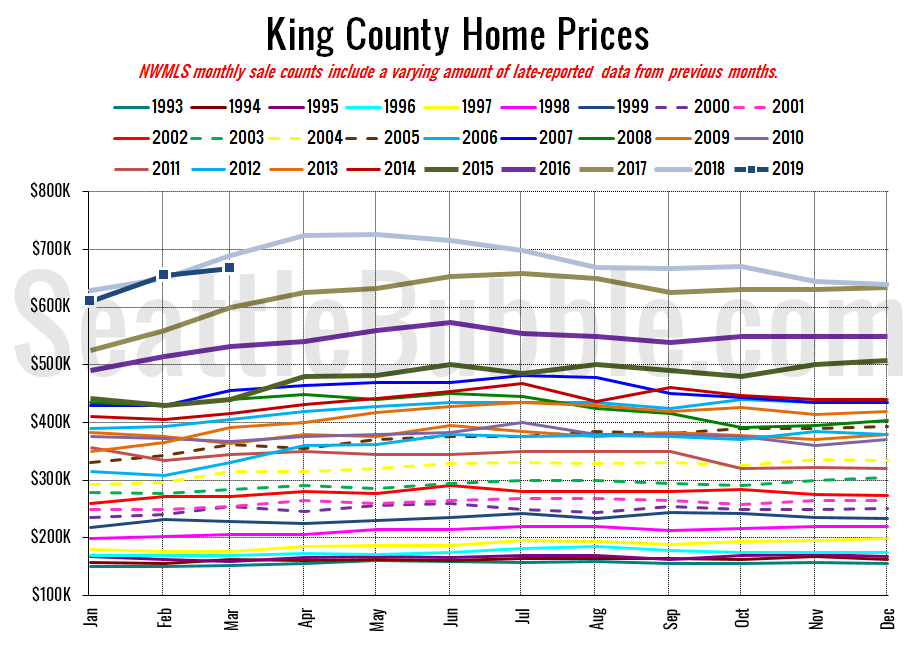 The NWMLS published their March stats today, so let’s take a look at how the month shook out for the housing market. The King County median price of single-family homes was down year-over-year in March, falling more than it has since March of 2012. Inventory was up from a year ago again, but the increase was the smallest in the last five months. Pending sales recovered from the February snow storm dip, but were only up five percent.

The NWMLS press release hasn’t been published yet, so let’s get right to the numbers. 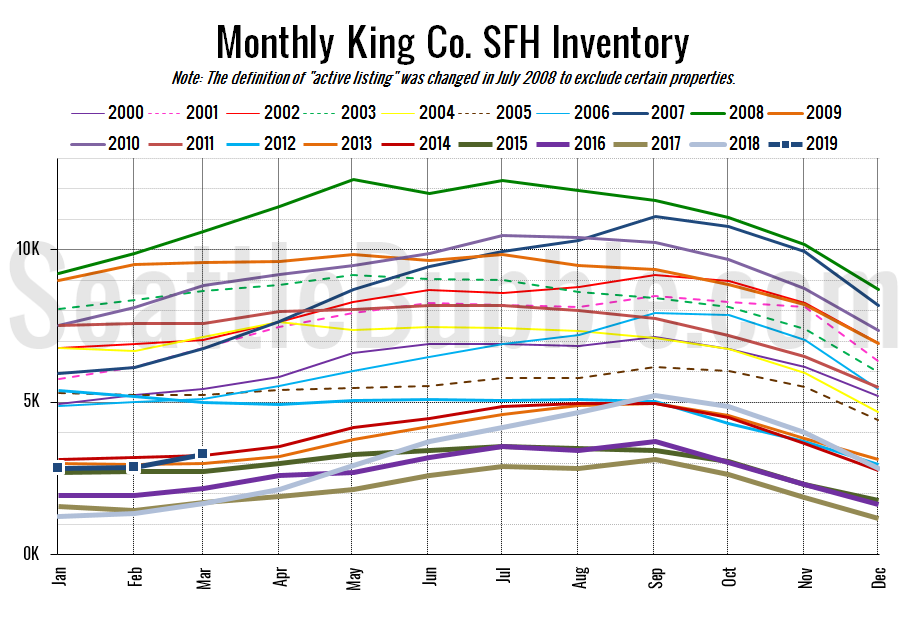 Inventory was up 15 percent from February to March, quite a bit smaller than the 24 percent month-over-month gain over the same period a year earlier. 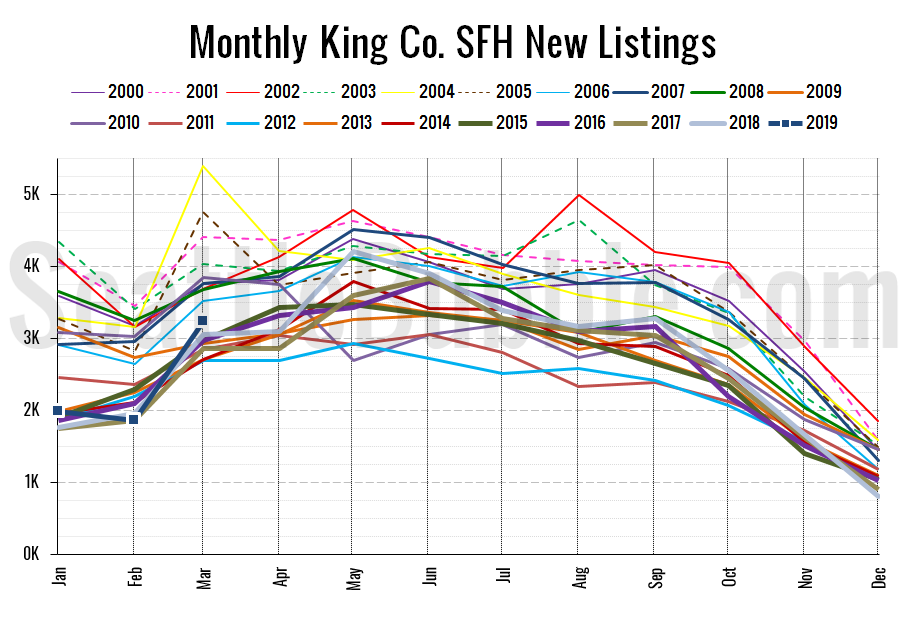 New listings surged from February to March, and were up six percent from a year ago. Seeing a year-over-year increase in new listings is definitely encouraging for buyers. 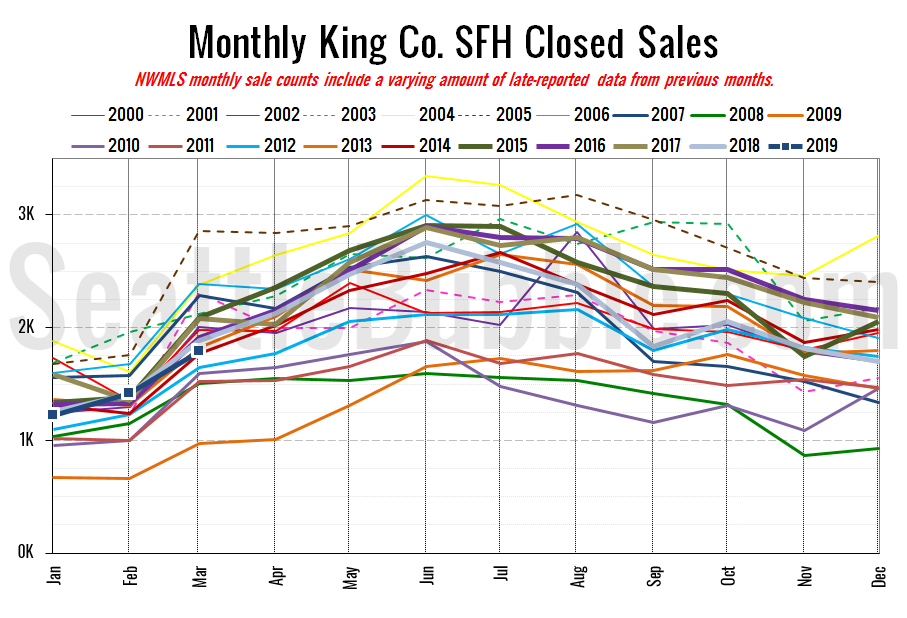 Closed sales rose 26 percent between February and March, but were down five percent from last year. This is probably due to the pending sales dip last month thanks to the snow storm. 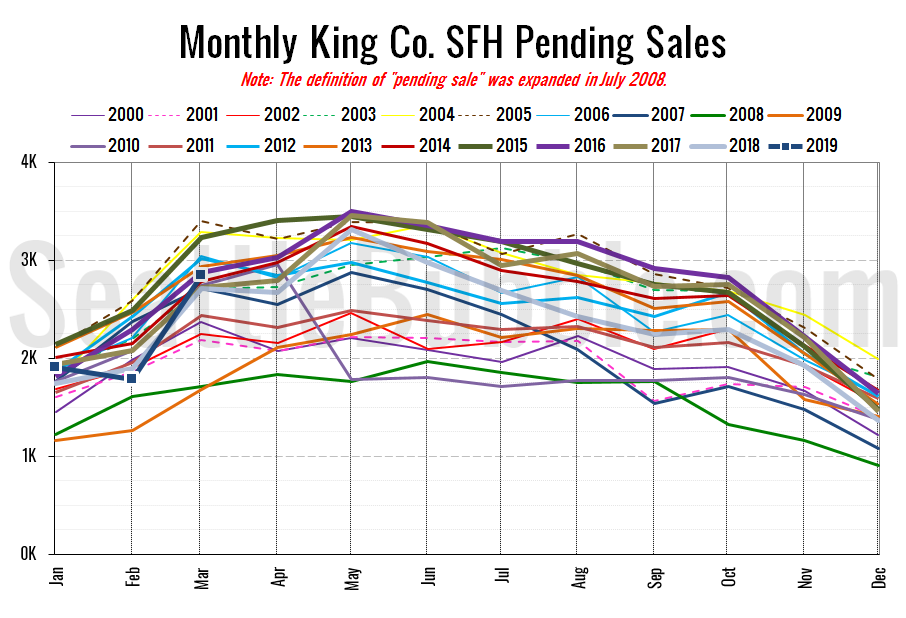 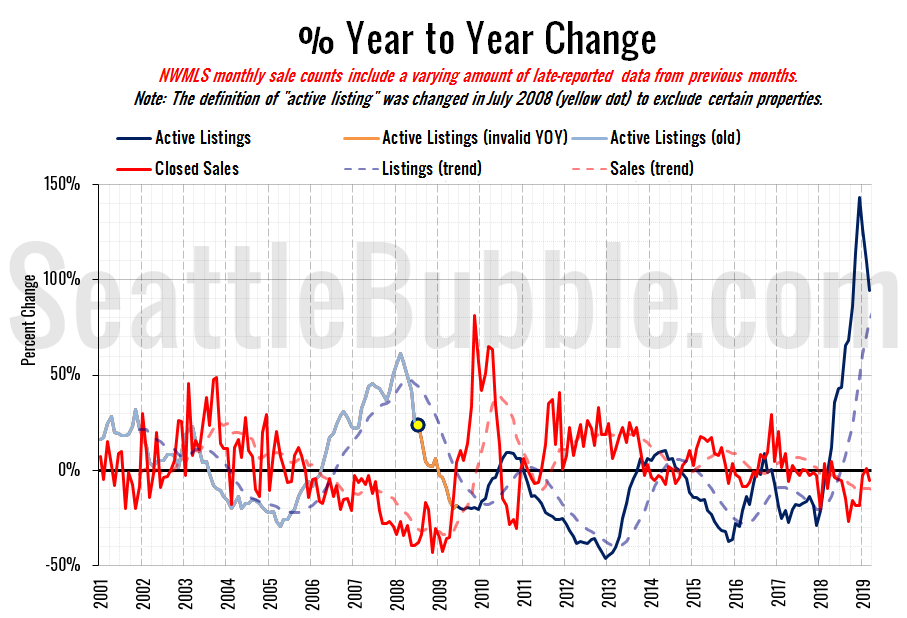 That rate of growth is falling off almost as quickly as it shot up, but we’re still basically in record high territory. 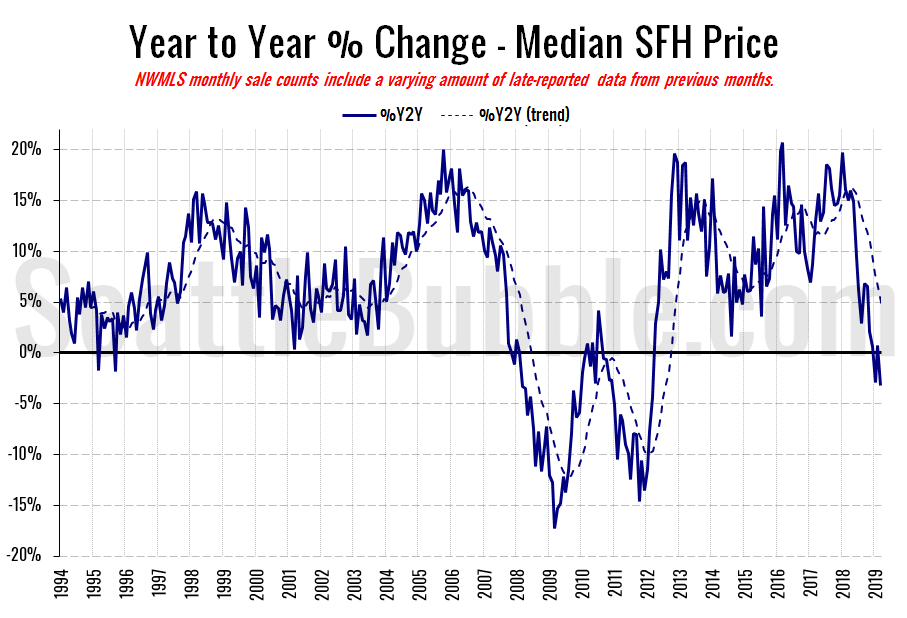 The last time median home prices were down this much year-over-year was in March of 2012—basically the bottom for home prices. 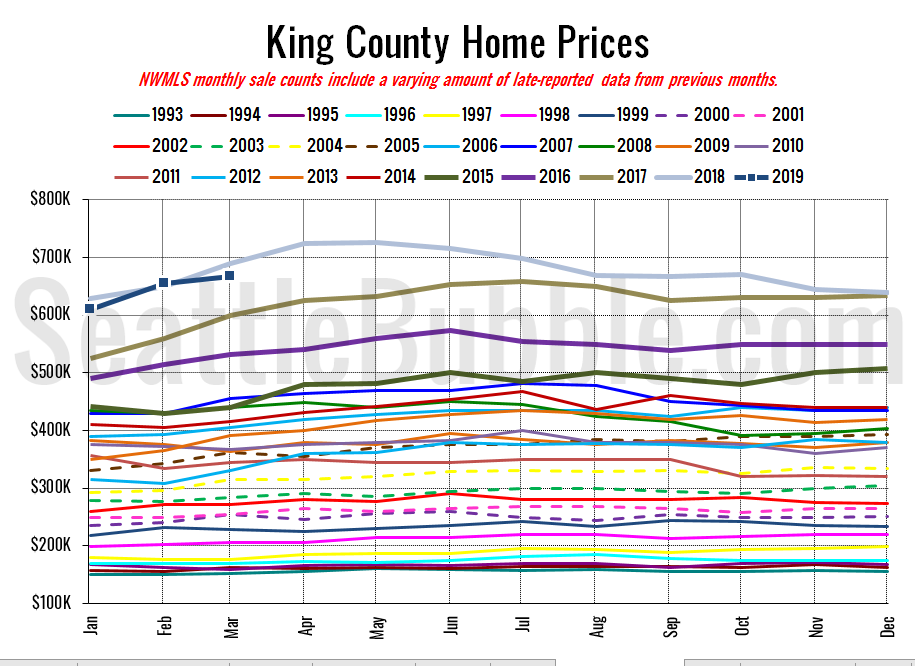 Here’s the article about these numbers from the Seattle Times: Relief for Seattle-area condo buyers as prices drop amid flood of new units