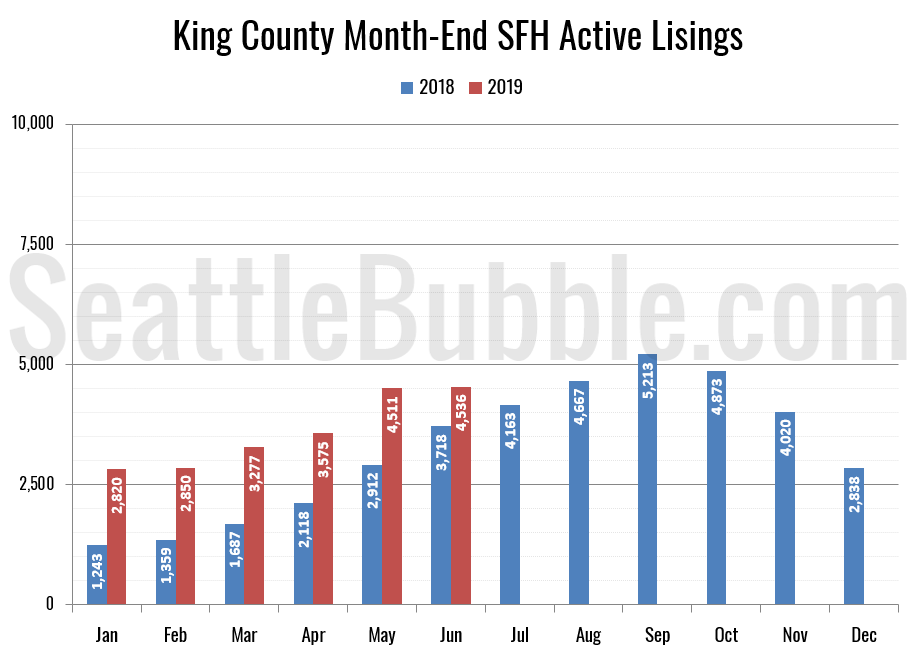 This is the last post in today’s data catch-up marathon. I’ll also update a few more of the spreadsheets for members, and if the NWMLS posts their June data today I’ll try to get that up as well.

For now, let’s have a look at our “early” view on June stats.

In summary: Listings are still up from a year ago, but not by as much as they have been. Sales are down, but only just a bit. 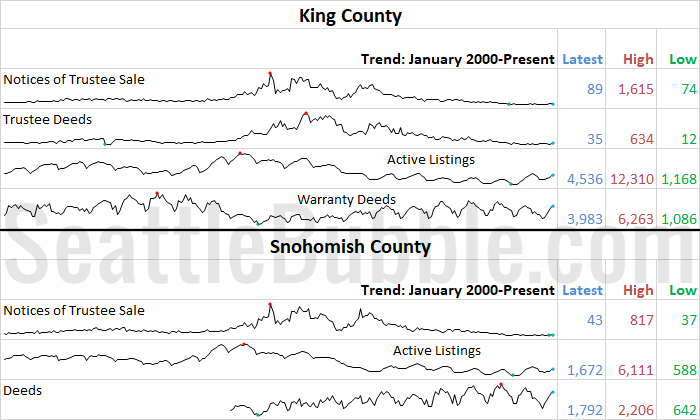 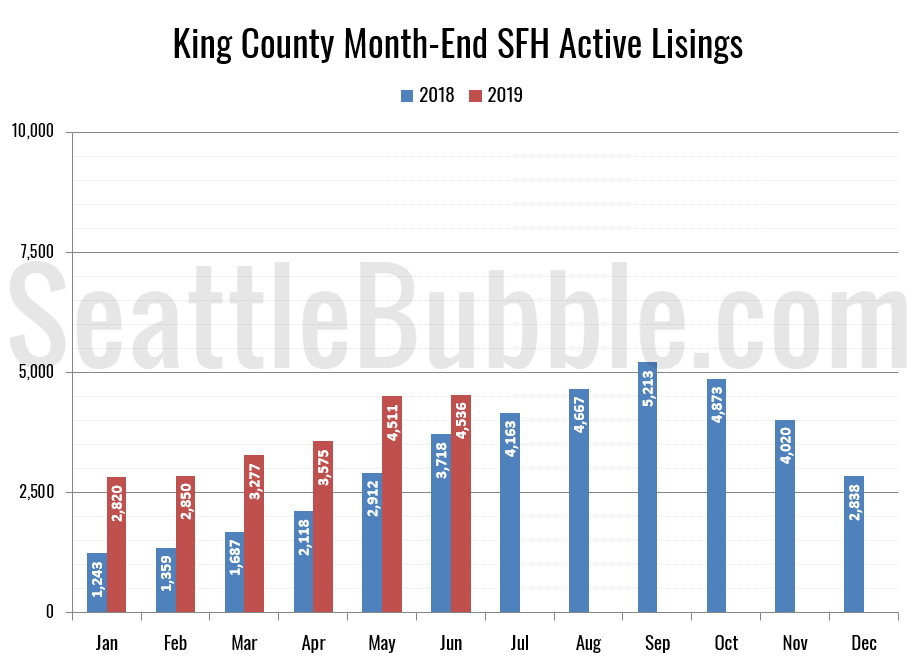 The number of homes on the market in King County rose less than one percent from May to June, and year-over-year listings are up 22 percent from June 2018. If this were any other year I’d say that was a huge gain, but it’s the smallest year-over-year increase we’ve seen since April 2018. 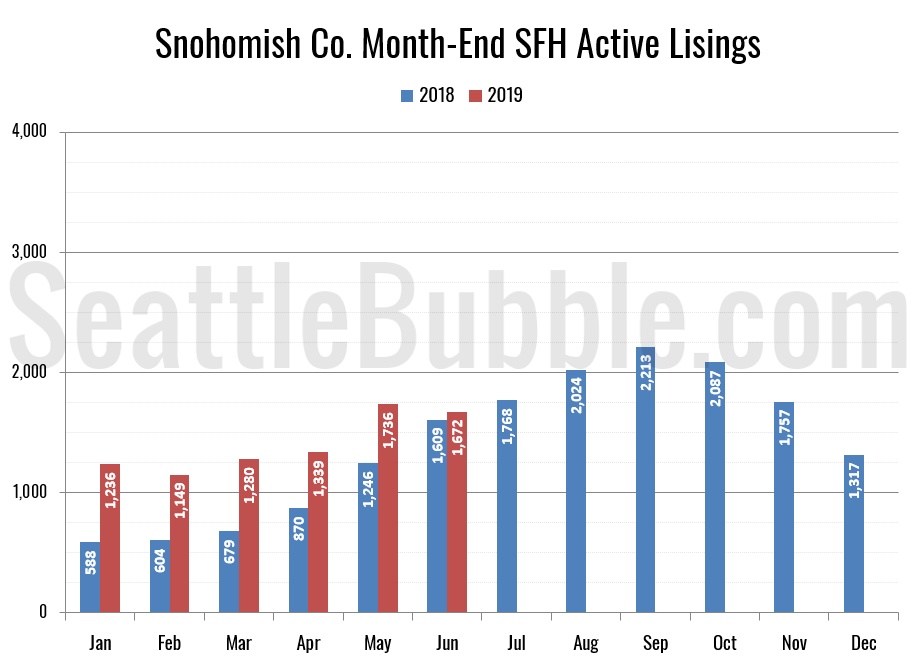 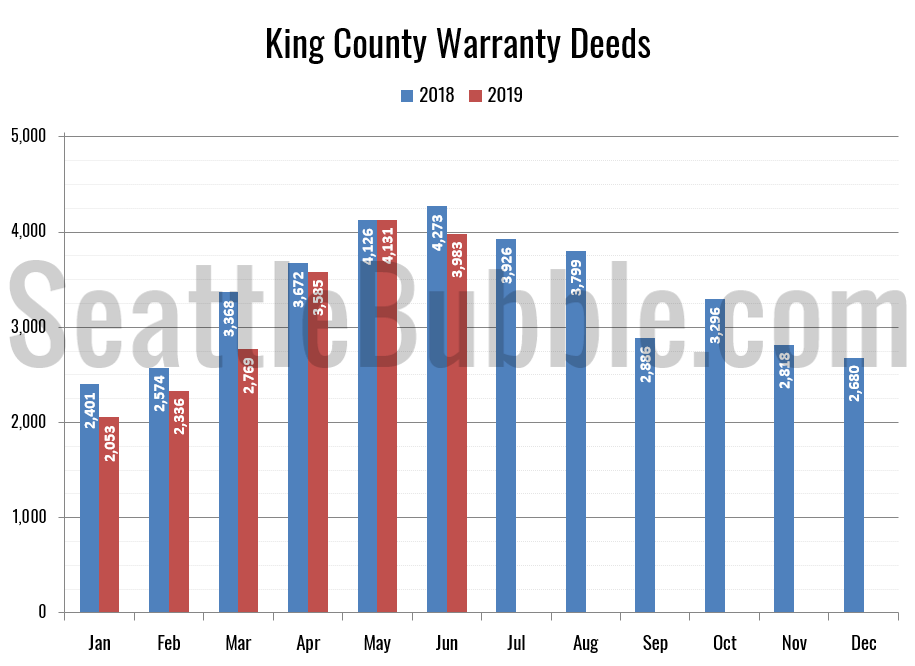 Sales in King County fell 3.6 percent between May and June (a year ago they rose 3.6 percent over the same period), and fell 6.8 percent year-over-year. 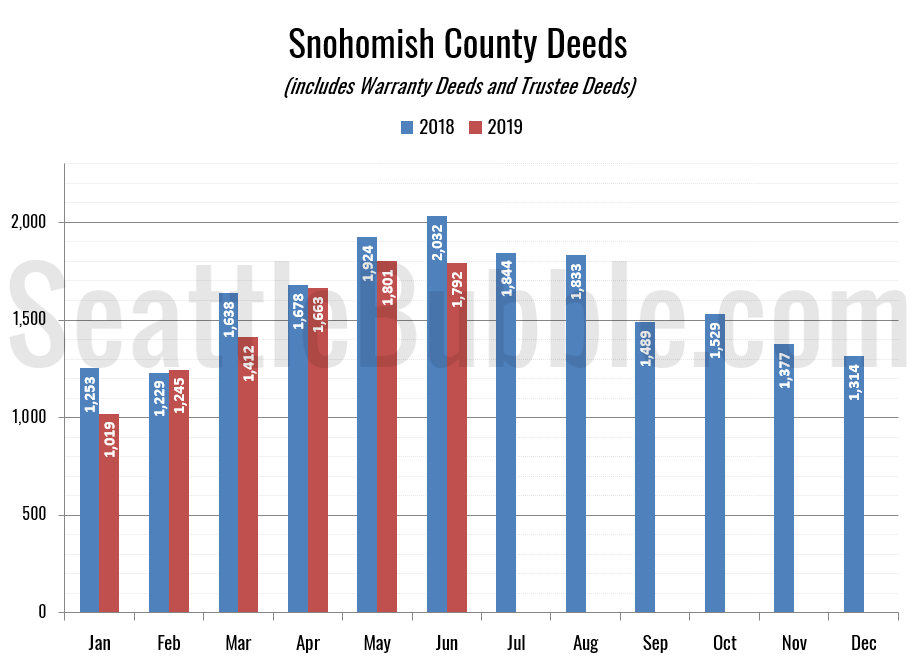 Deeds in Snohomish fell 0.5 percent month-over-month (in the same period last year they were up 5.6 percent) and were down 11.8 percent from a year earlier. 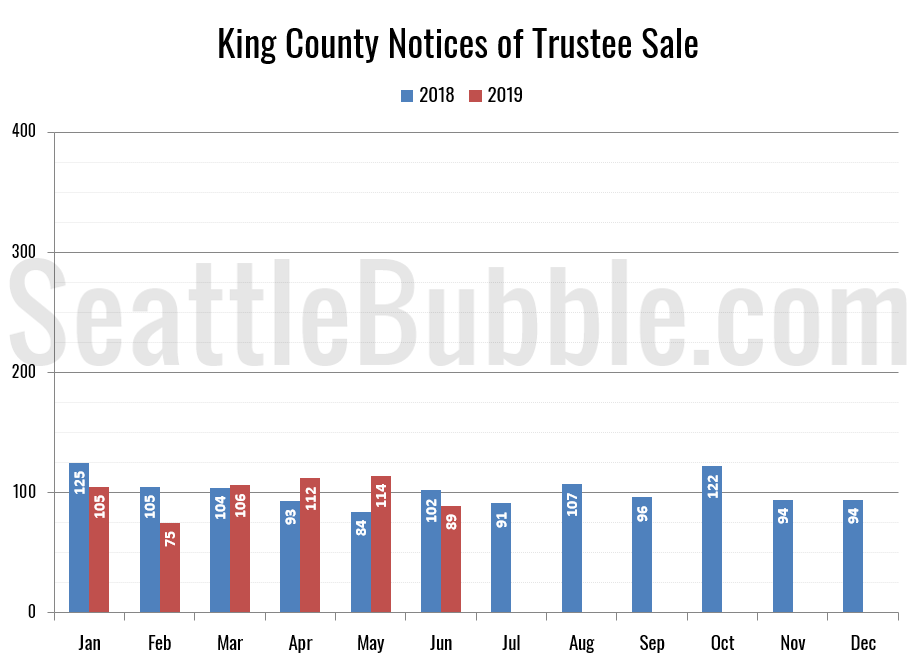 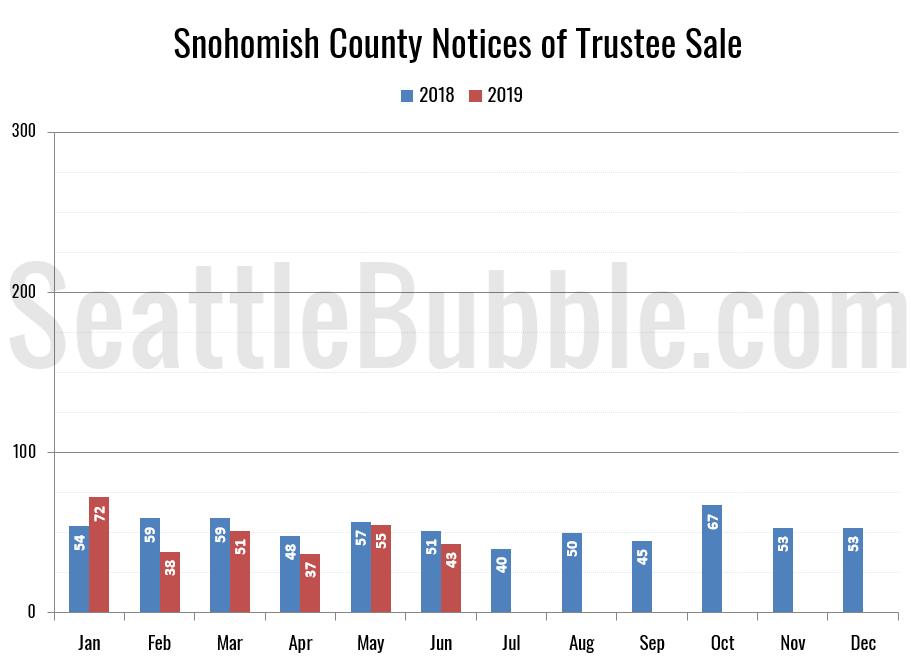 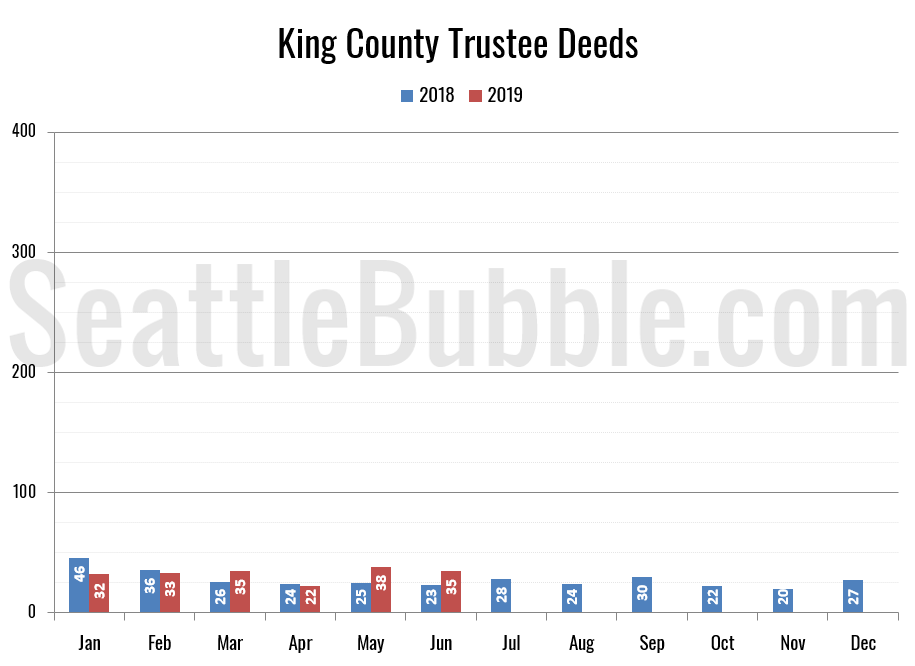 Trustee Deeds were up 52 percent from a year ago.