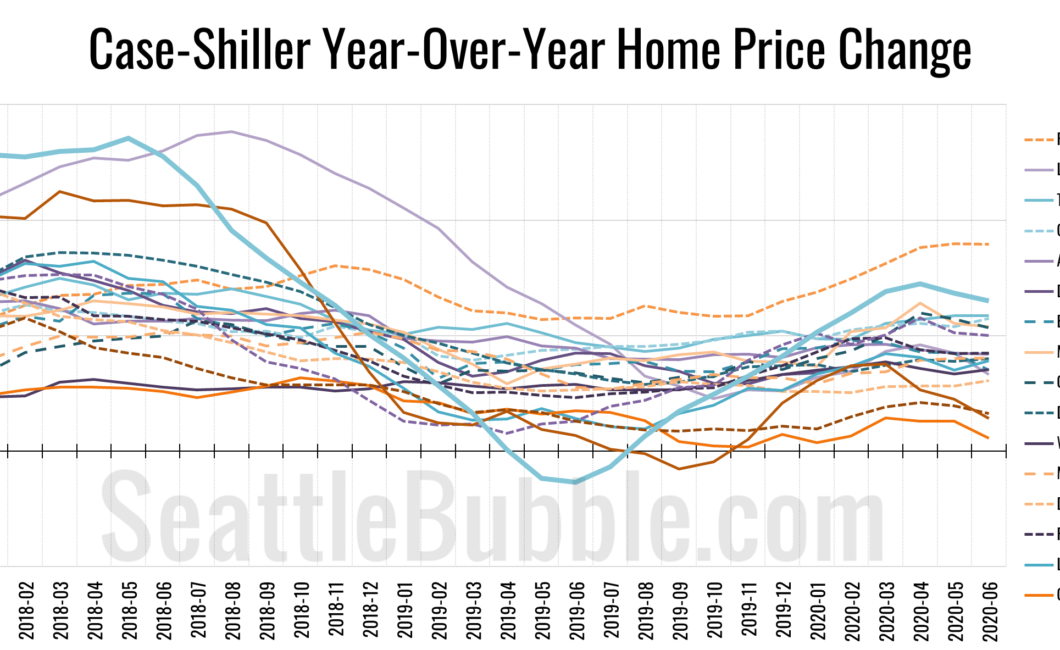 All righty, let’s catch up a bit on our Case-Shiller data. Fun fact: S&P totally redesigned their site while I was away, making the Case-Shiller data a lot harder to download all together. Anyway, according to June data that was released this week, Seattle-area home prices were:

Last year at this time prices were up 0.6 percent month-over-month and year-over-year prices were down 1.3 percent.

Seattle is currently ranked #2 in largest year-over-year price growth, only behind Phoenix at 9.0 percent growth. 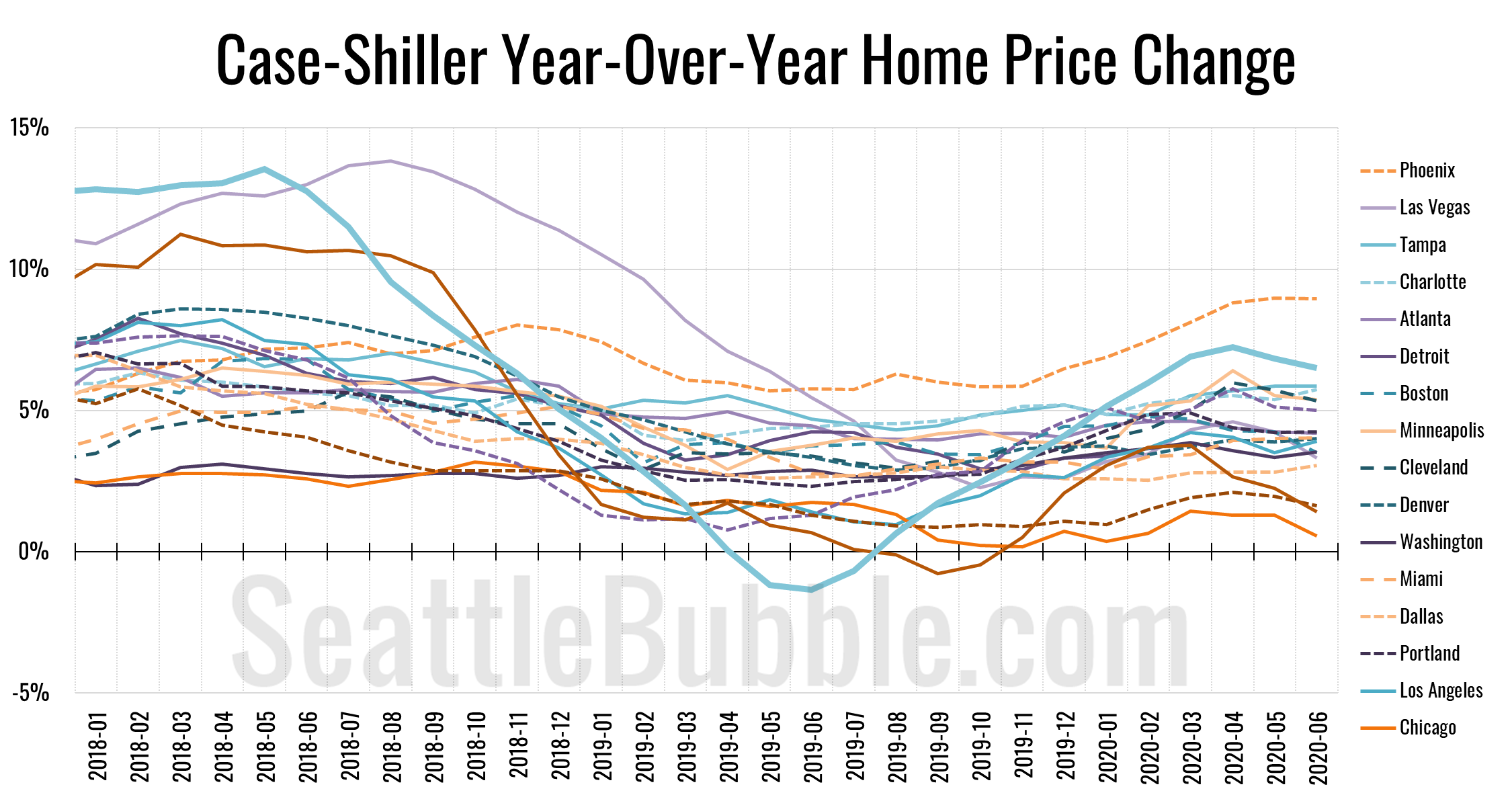 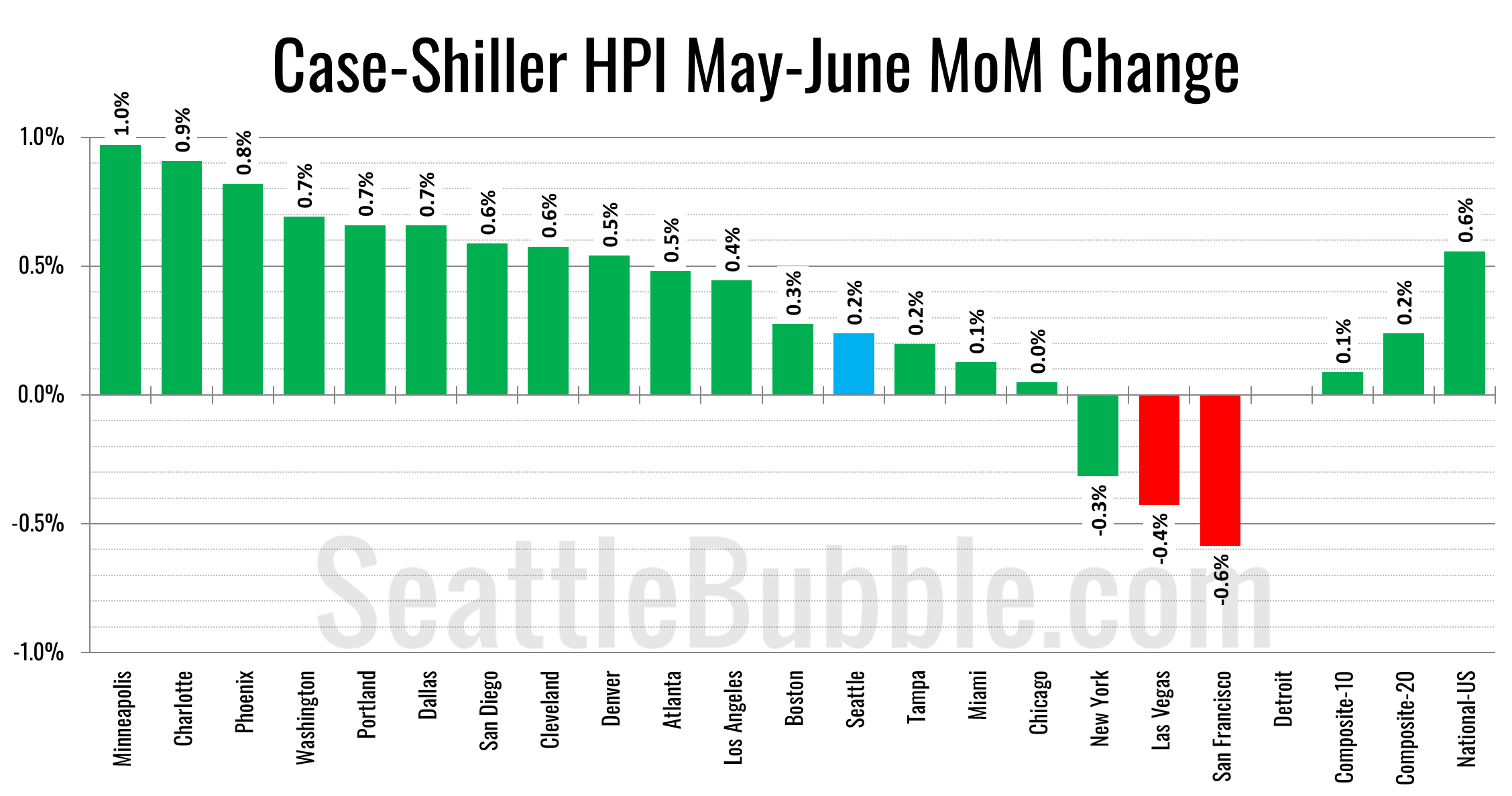 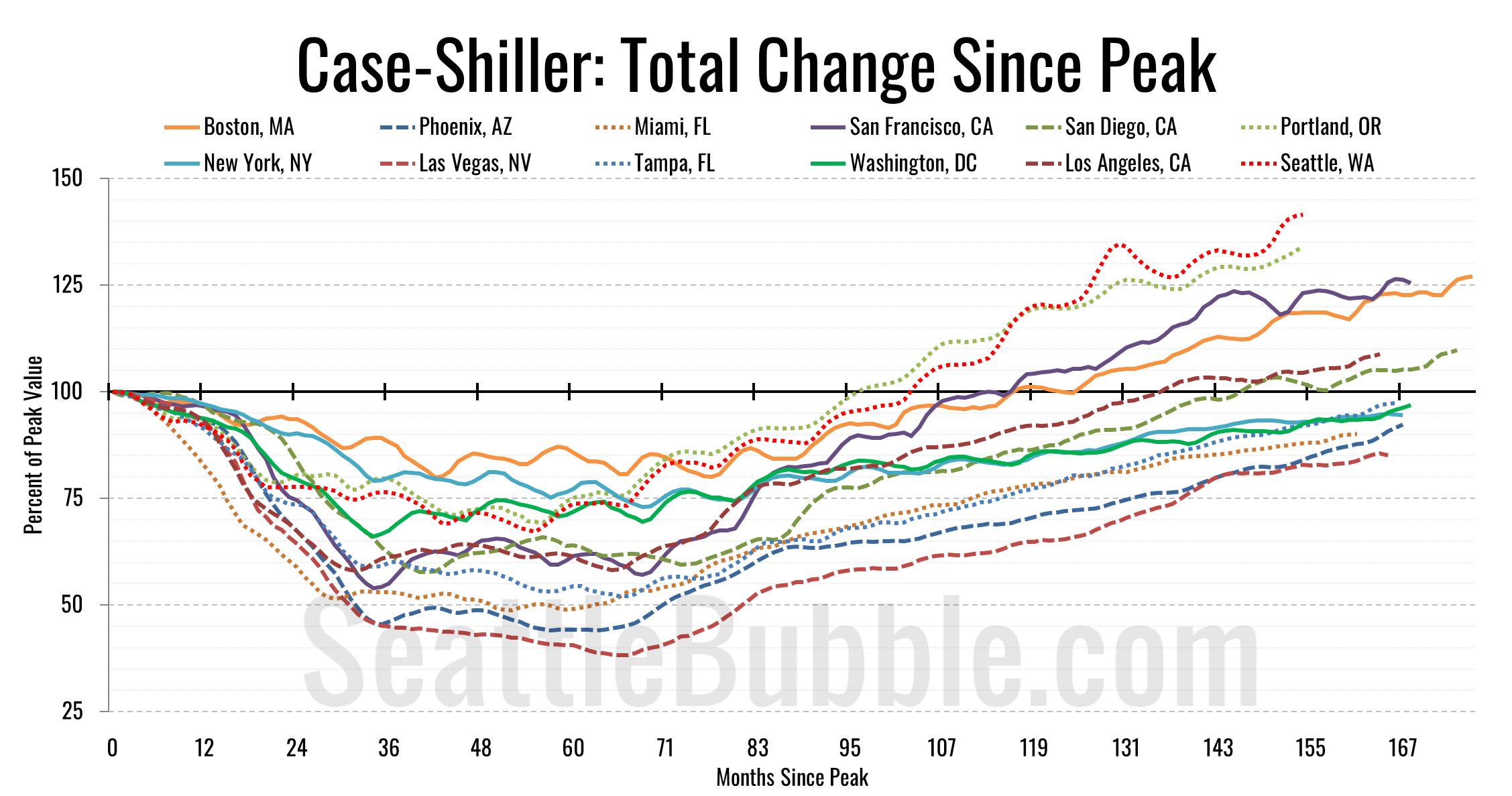 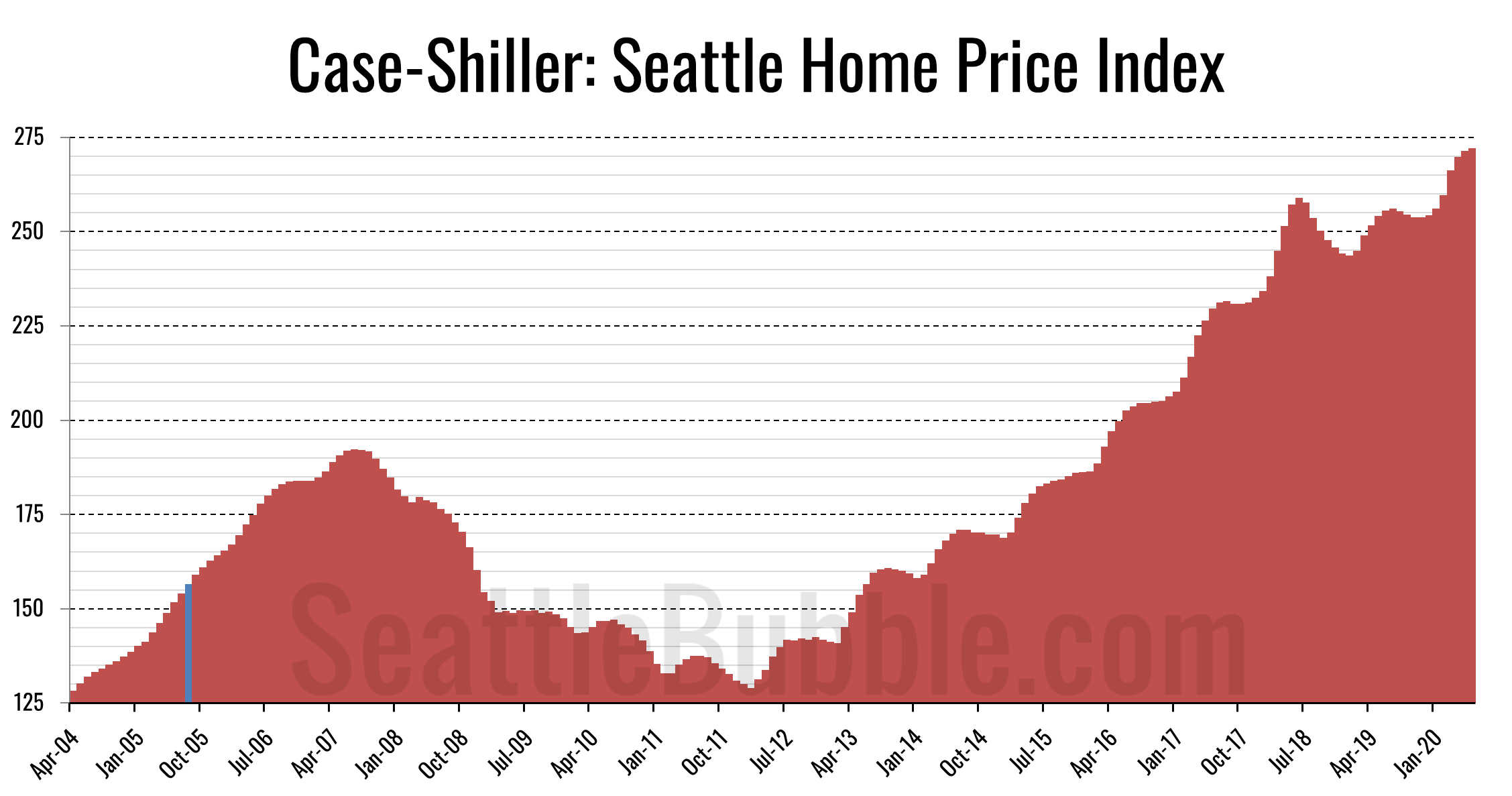 We saw a pretty strong price spike in 2018, followed by a bit of a decline, but since then prices seem to be back to a pretty typical seasonal pattern of strong gains in the spring and only a slight reduction in the fall and winter.

Here’s the Seattle Times’ story about this month’s numbers: Seattle-area home prices rise faster than nearly every other U.S. city, driven in part by younger homebuyers