Full disclosure: Quill Realty is a Seattle Bubble advertiser, and Tim worked with Craig at his previous company WaLaw (also an advertiser) to buy his home in 2011. Last week local brokerage Quill Realty (spotlighted in this 2014 post) announced that they will be withdrawing from the NWMLS completely in order to “offer broker services […] 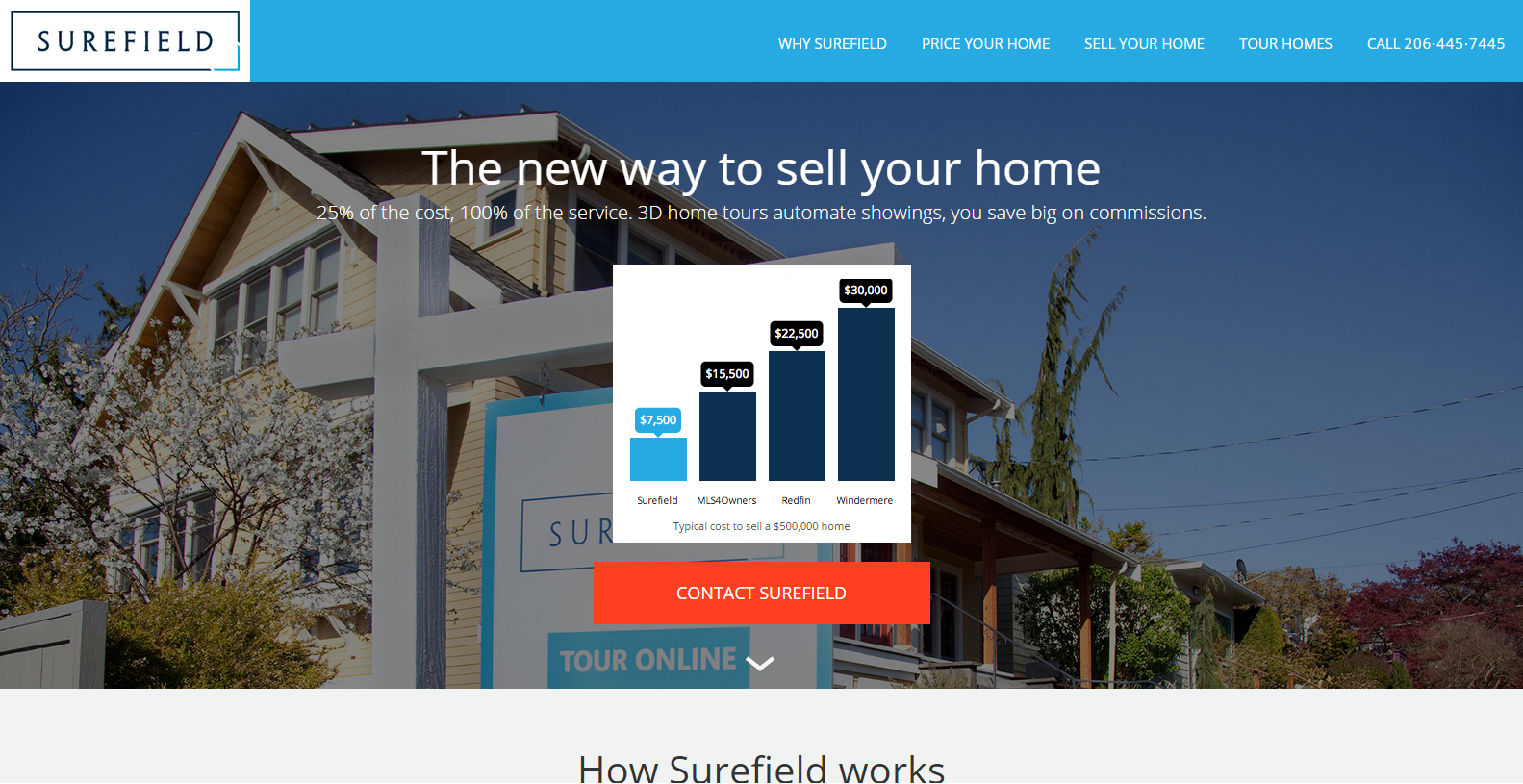 Surefield, the local 3D home tour brokerage launched in April by a pair of Redfin veterans and a former Nvidea tech wizard, is expanding their mission to attack buyer’s agent commissions… from the seller’s side. Here’s an excerpt from their press release: Surefield is dramatically lowering buy-side commissions to bring the U.S. residential real estate […] 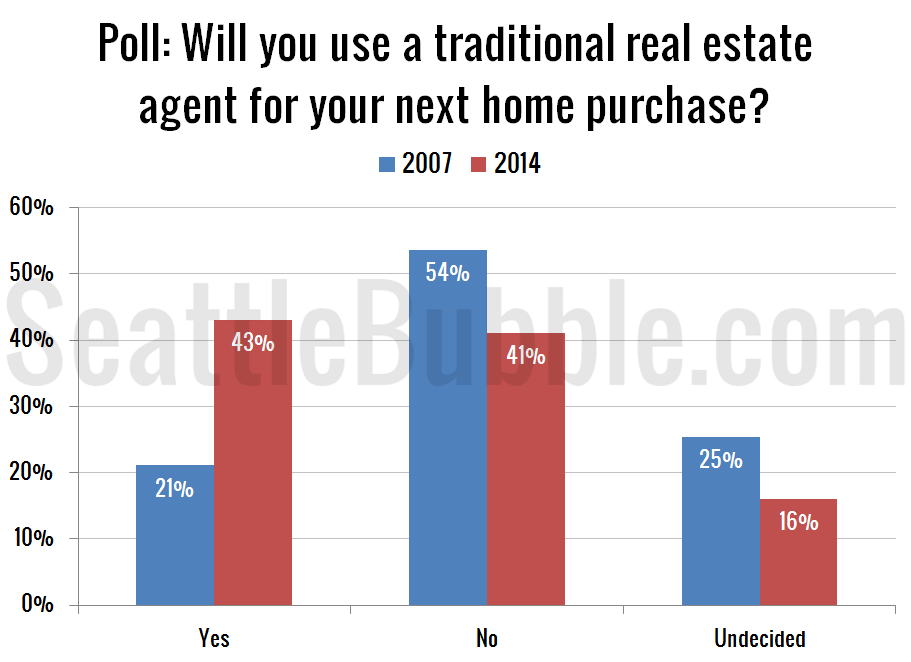 A couple weeks ago our weekly poll asked: Will you use a traditional real estate agent for your next home purchase? This poll was actually a re-run from almost seven years ago when we asked the same question. Here’s how the results of the two polls compare: The sample size on both polls is really […]

Read the series intro: Alternative Brokerages Flourishing Around Seattle The final spotlight in our in-depth series on alternative brokerages around Seattle is on Locality. Locality was just launched earlier this year by Redfin veteran Trevor Smith. I worked with Trevor while we were both at Redfin, and can personally attest to his skill and professionalism. […]

Read the series intro: Alternative Brokerages Flourishing Around Seattle Next up in the in-depth series on alternative brokerages around Seattle is Surefield. Surefield just launched this week, started by Redfin founder David Eraker, Redfin veteran Rob McGarty, and Nvidea tech wizard Aravind Kalaiah. I worked with Rob during my time at Redfin, and he gave […]

Read the series intro: Alternative Brokerages Flourishing Around Seattle Next up in the in-depth series on alternative brokerages around Seattle is MLS4owners.com. They fly mostly under the radar without much advertising, but if you pay attention to homes for sale in the Seattle area, you’ll no doubt see their signs. They snuck in just before […]

Full disclosure: Quill Realty is a Seattle Bubble advertiser Read the series intro: Alternative Brokerages Flourishing Around Seattle Today’s spotlight post in our in-depth series on alternative brokerages around Seattle is on Quill Realty’s real estate agent attorney team. Craig Blackmon was the other co-founder of WaLaw Realty, and while still with WaLaw he also […]