Another day, another syndicated Associated Press article reprinted in the Seattle Times with an abundant dose of rah-rah local cheerleading awkwardly thrown in by Elizabeth Rhodes (additions in italic): U.S. home prices drop for quarter; not so here.

U.S. home prices marked a quarterly decline for the first time in 13 years in the third quarter, according to government data released Thursday that provide fresh evidence of the housing-market slump.

But Washington cities continued to defy that trend. 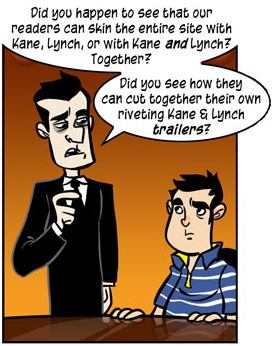 Washington state, however bucked that trend, with 6.98 percent price growth year over year. That was the fifth-highest in the nation behind leader Utah at 12.89 percent.

In other news, a prominent video game journalist was allegedly fired over a negative review of a game which was highly advertised on his employer’s site, serving as an example for journalists everywhere of what happens when you bite the hand that feeds you.

Now everyone go out and buy a condo. Right now.