It’s time once again for an update on the Case-Shiller Home Price Index. According to August data, home prices in and around Seattle continue to decline at a steady pace.

Last year prices fell 0.10% from July to August (their first month-to-month drop), and year-over-year prices were up 5.7%. 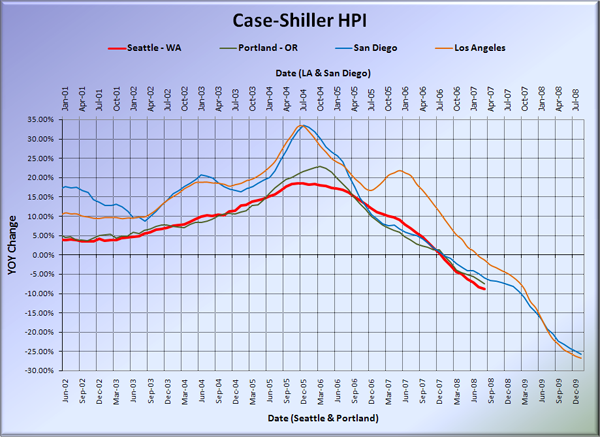 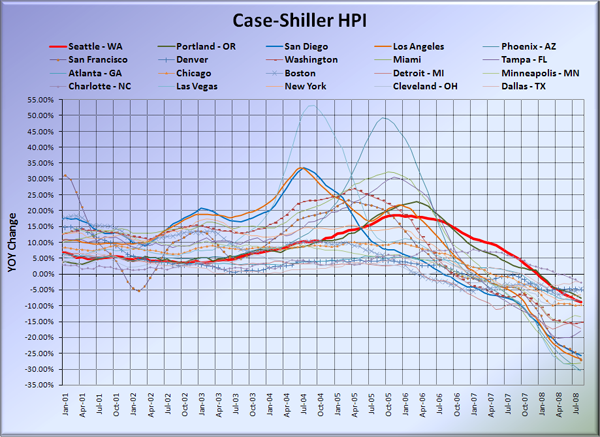 In August, eight of the twenty Case-Shiller-tracked cities experienced smaller year-over-year drops than Seattle (vs. seven in July and six in June). Dallas at -2.7%, Charlotte at -2.8%, Boston at -4.7%, Denver at -5.1%, New York at -6.5%, Cleveland at -6.6, Portland at -7.6%, and Atlanta at -8.5%. Phoenix just barely edged out Las Vegas for the largest year-over-year drop, with prices in both those cities falling over 30% in a single year.  There does appear to be something of a “bottom” in price decline intensity reached in Miami, with year-to-year drops having flattened at -28% for four months in a row now. 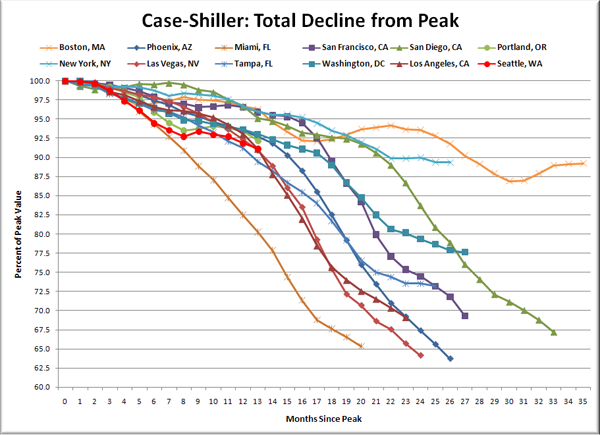 In the thirteen months since the price peak in Seattle prices have declined approximately 9%. The two cities with the most similar degree of price drops thirteen months after their respective peaks were Los Angeles and Las Vegas. 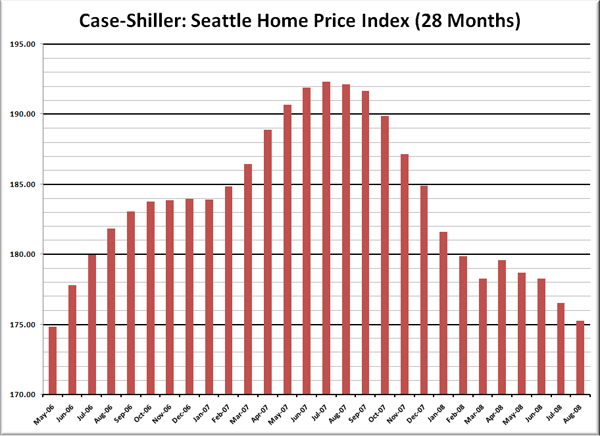 Seattle’s Case-Shiller value for August 2008 was fairly close to its May 2006 values. So now prices have “rewound” twenty-seven months. For comparison, the latest Case-Shiller data for San Diego shows a rewind of over five years. Ouch.