Here’s your January update on Foreclosure activity in King, Snohomish, and Pierce counties. First up, the Notice of Trustee Sale summary:

First let’s look at the percentage of households that received a Notice of Trustee Sale (based on household data for each county from the American Community Survey, assuming linear household growth between surveys): 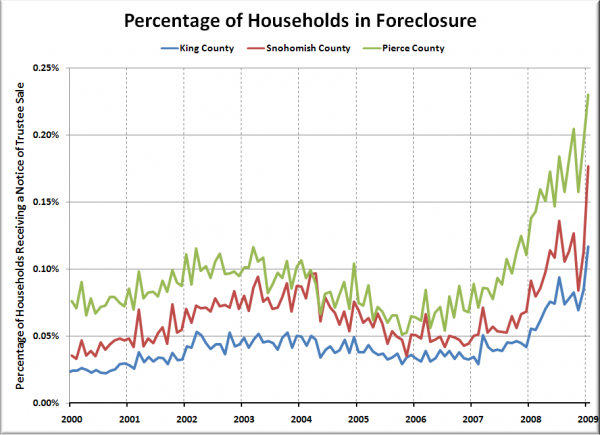 Back in October a reader commented that the rapidly rising volume of foreclosures would could meet and even exceed the monthly volume of closed sales as early as December 2008. My response was that “I really doubt it will happen as early as December.” As it turns out, I was correct, but tj was only off by one month. Here’s a look at foreclosure volume (as measured by Notices of Trustee Sale) compared to closed sales volume (SFH + condo) in King County: 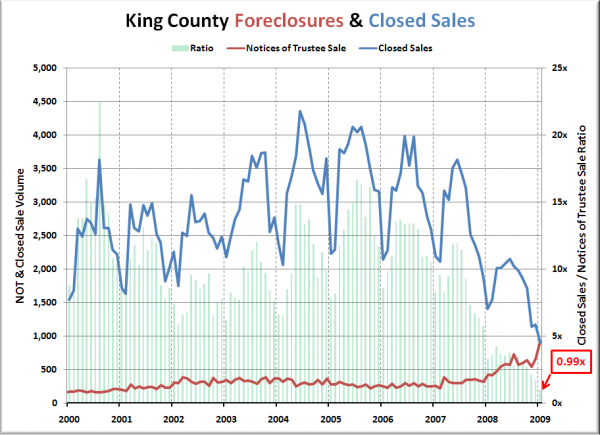 January saw just 906 closed sales, and 915 Notices of Trustee Sale sent out. As you might guess, the situation is even more extreme in Snohomish and Pierce: 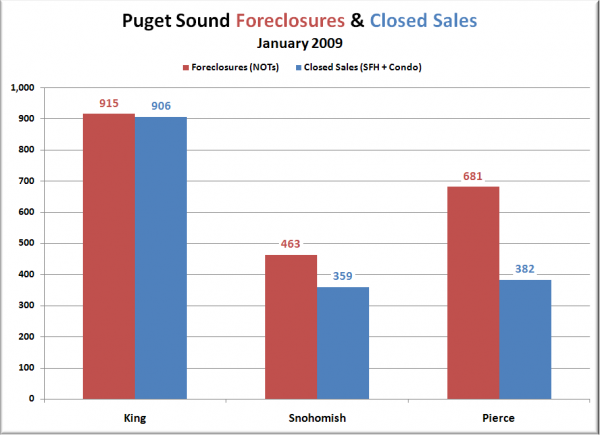 Following are charts of King, Pierce, and Snohomish County foreclosures from January 2000 through January 2009, with uniform y-axis scales to provide easier comparison. Click below to continue… 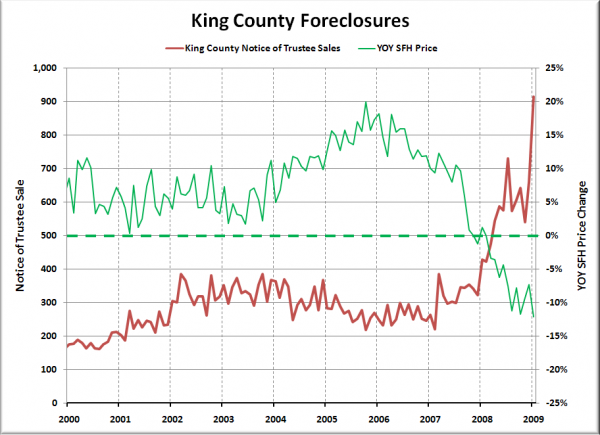 Foreclosures continued to shoot up in King County in January, reaching a new high point of 915. 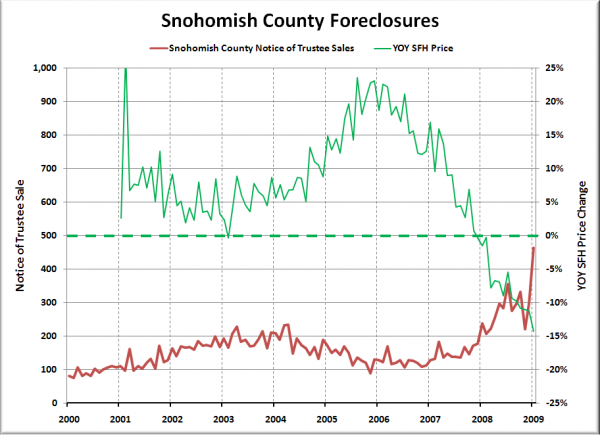 Snohomish County was also up from December, and also set a new record at 463. 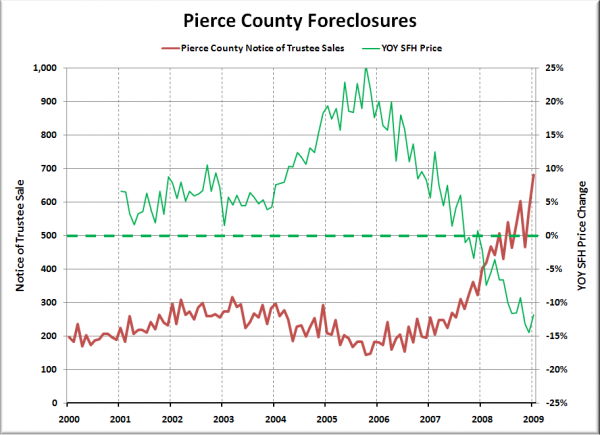 Pierce County set a new record as well, coming in at 681.

Note: The graphs above are derived from monthly Notice of Trustee Sale counts gathered at King, Snohomish, and Pierce County records. For a longer-term picture of King County foreclosures back to 1979, refer to this post.