Also noted as encouraging were an upswing in relocation sales, shrinkage in the number of new listings added to inventory, and a year-to-date volume of closed sales that is outpacing 2009.

Northwest MLS director OB Jacobi described last month’s gain in the number of transactions written as “surprising.” “That’s surprising, since November is typically one of the slowest sales months of the year, and this year we essentially lost a week to poor weather conditions.” Jacobi, the general manager at Windermere Real Estate Company, also reported increased activity at open houses last month.

Jacobi suggested the increase in sales was due in part to an uptick in interest rates that motivated some buyers to move forward, combined with a desire for people to be in their new homes before the holidays. 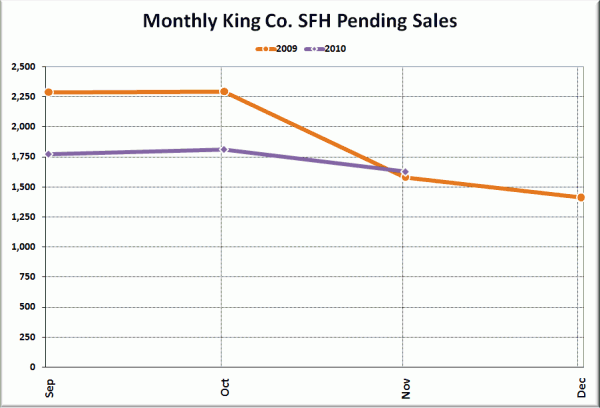 The 10.1% month-to-month drop in pending sales between October and November this year was slightly less than the average drop between 2000-2008 of 13.7%, but there’s not enough of a difference there that it makes sense to interpret it as some sort of signal of recovering sales. 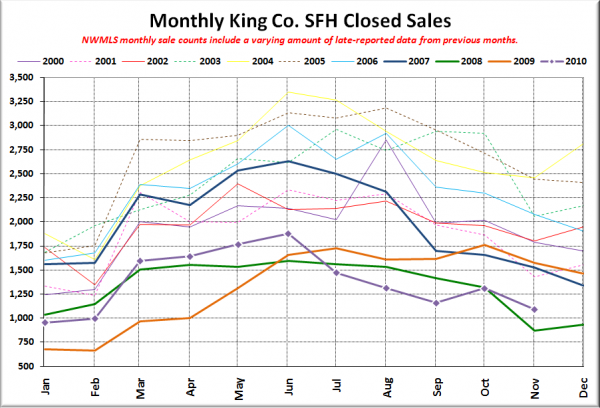 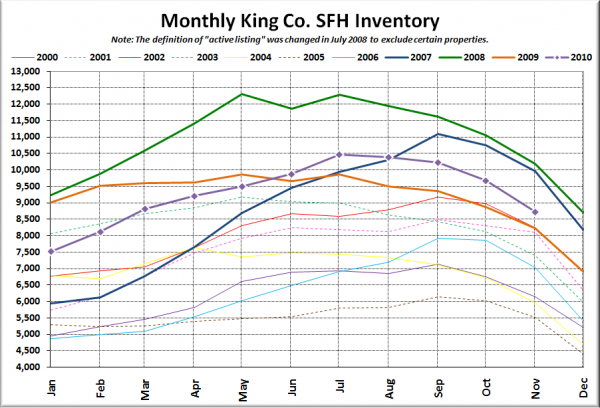 Nothing much new with inventory. Tracking the usual seasonal pattern, lower than 2007 and 2008, but higher than every other year. 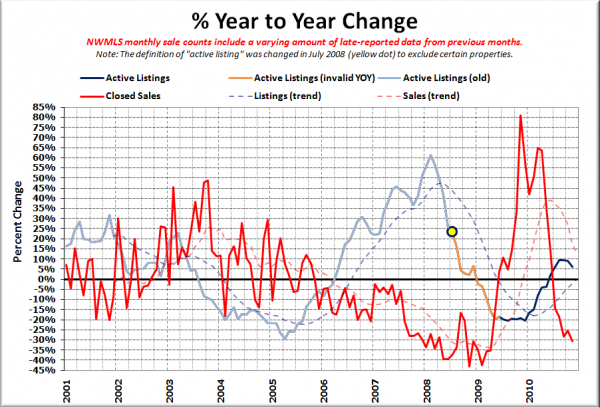 Sales continue to fall faster every month, but the growth in inventory slowed slightly. 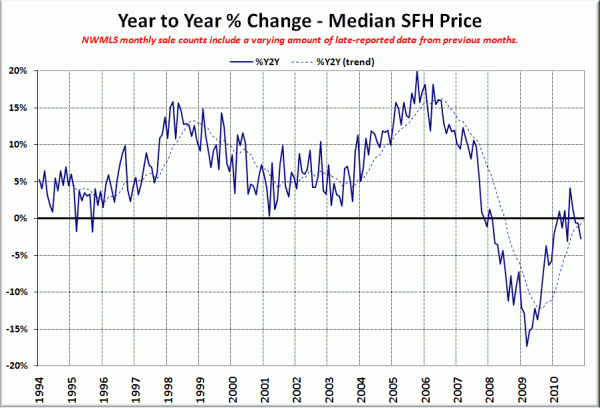 Oops, dropping back further below zero. 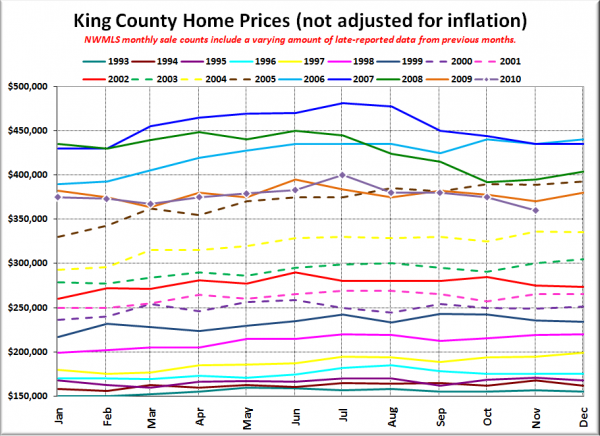 Here are the news blurbs from the P-I and the Times:

Seattle P-I: Are we recovering from homebuyer tax-credit hangover?
Seattle Times: Median home prices in King County down from a year ago

Check back tomorrow, when all the local reporting will be mashed together in our reporting roundup.