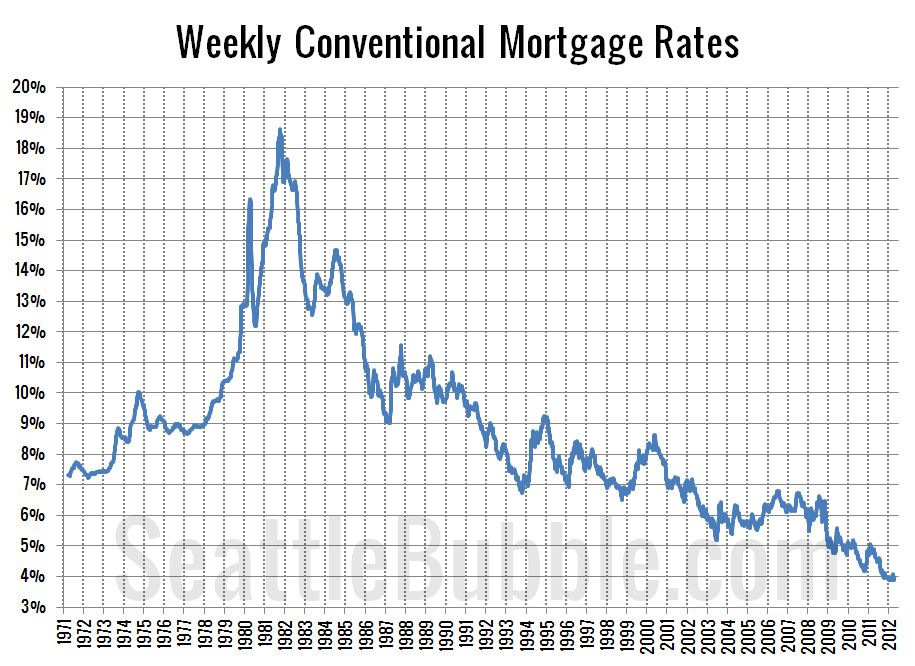 Here’s a sampling of quotes from news articles about mortgage interest rates.

“…a new reality: The economy has made the transition from tentative to robust recovery, and the period of historically low interest rates is ending.”

“In the residential market, the belief that the period of historically low interest rates may end has begun to sink in with buyers.”

“In recent years, many homeowners have made good use of historically-low interest rates and remortgaged to a cheaper deal, cutting their mortgage costs…”

…”the end of a long period of historically low interest rates, a period that may not be repeated anytime soon.”

“The days of historically low interest rates are likely soon to be behind us.”

Here’s the thing about these quotes though… They’re all from May and June of 2004, a time when home prices were just beginning to boom and the “historically low interest rates” were around 6.25%.

You can perhaps understand why I am skeptical when I hear claims that a point or two increase from today’s sub-4% interest rates is somehow going to destroy the housing market.

For the full context, here’s the long-term chart of rates since the early 1970s from the Federal Reserve: 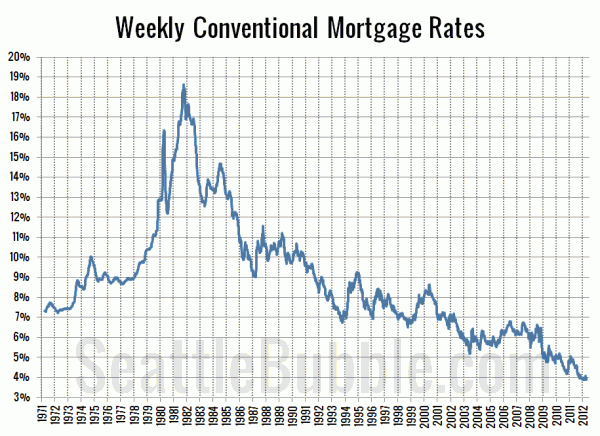 Rates could nearly double to 7% and they would still be lower than they were 96% of the time from 1971 through 2000. I’m sure the housing market will get along just fine if rates go up a few points.

That said, we’ve all been expecting rates to increase for years now, and yet low rates persist. It would not surprise me one bit if rates stay in the threes and fours for at least a few more years.