The historic standard for affordable housing is that monthly costs do not exceed 30% of one’s income. Therefore, the formula for the affordability index is as follows:

Here’s a look at King County’s affordability index over the last 20 years (as far back as the median price data from the NWMLS is available): 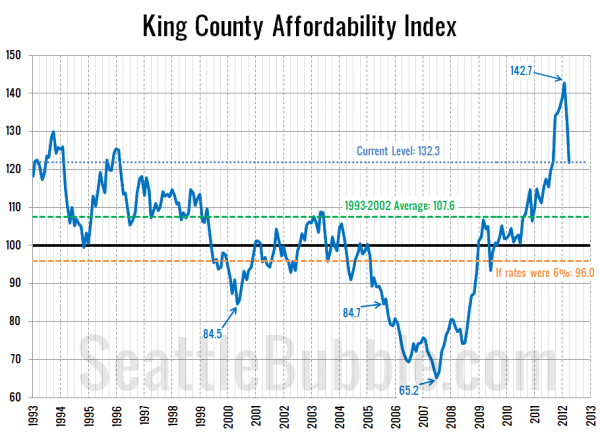 I’ve also added a line on the chart to show where affordability would be today if we had a more sane mortgage interest rate of six percent. As you can see, with April’s spike in the median price we’ve backed off of the record high affordability levels that we saw in Q4 and Q1, but we’re still sitting at a near-high, and even if rates were to shoot up to six percent overnight (which isn’t going to happen), we would still be close to 100.

Next, let’s have a look at the “affordable home” price chart. In this graph I flip the variables in the affordability index calculation around to other sides of the equation to calculate what price home the median household income could afford to buy if they put 20% down and spent 30% of their monthly income. 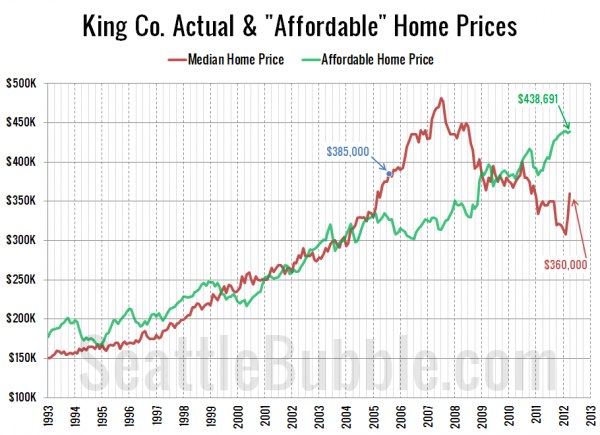 Finally, let’s flip the numbers around one more time to calculate the household income required to make the median-priced home affordable, and compare that to actual median household incomes. 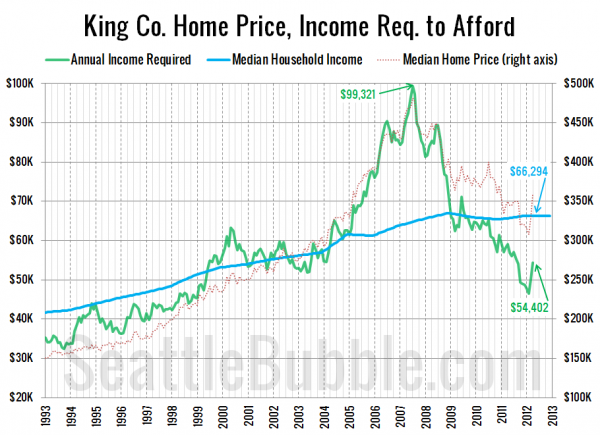 I’d say that overall the affordability picture still looks quite good. I don’t think I’m going out on a limb to suggest that this is a large part of what’s driving the mini-frenzy of buying we’ve been seeing this spring. High affordability + low inventory = good deals but a frustrating buying experience.