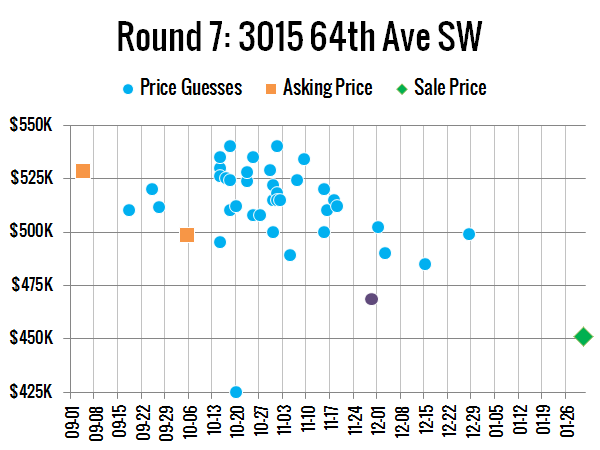 Way back in September we launched our latest price-guessing contest: Guess the Price Round 7: West Seattle Almost-Beach. Forty readers made guesses this round before the contest deadline. 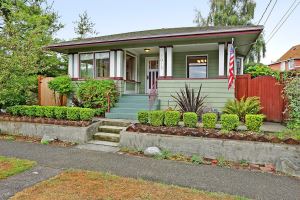 This round’s home hit the market last Wednesday with an asking price of $529,000. It last sold almost 13 years ago in November 2000 for $320,000, so today’s asking price represents average annual appreciation of just under 4 percent. For reference, the Case-Shiller index for Seattle has gained roughly 3 percent per year over the same period, a rate that would put the current value of this home at $475,000.

According to the NWMLS, the home sold on January 31 (almost five months after listing), with a closing price of $451,000. Only one person guessed lower than the sale price. However, that person was not the closest. The closest guess was $468,850 by Anna. Congratulations!

Here’s the difference between the average guess and the final sale price our contests so far:

Bummer, you guys were way off this time around. Never thought I would say this, but apparently we have far too optimistic a crowd here! Heh.

Stay tuned in the next few weeks, when we’ll kick off another round of Guess the Price.