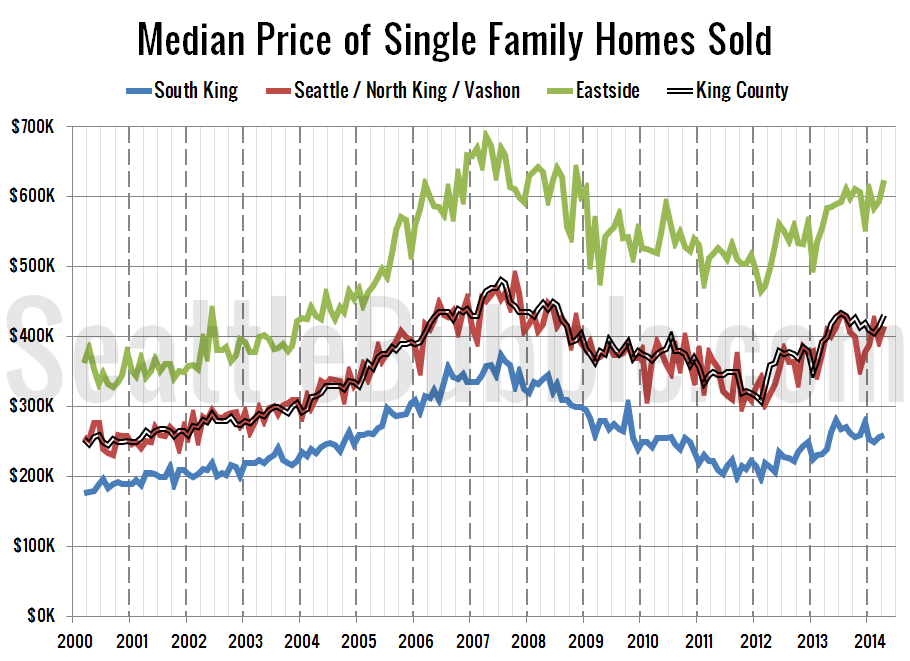 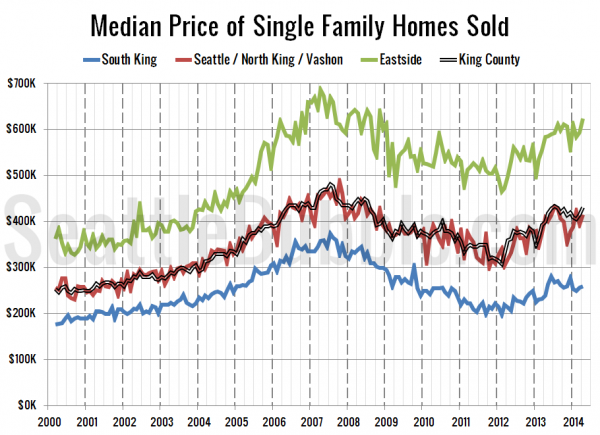 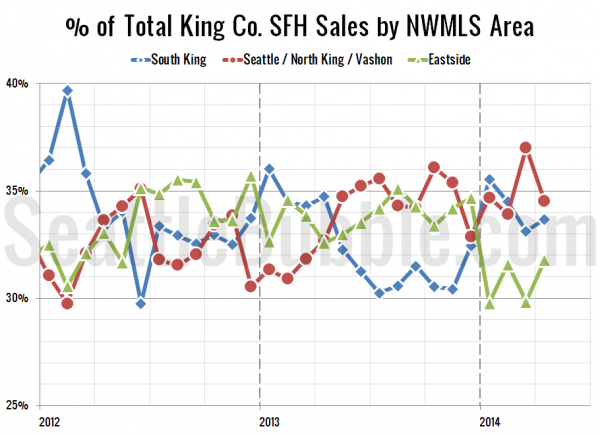 The share of sales in Seattle fell off dramatically in April, with South King and the Eastside both gaining ground. Year-over-year sales were down 3.0 percent in the low tier, up 5.6 percent in the middle tier, and down 2.4 percent in the high tier. 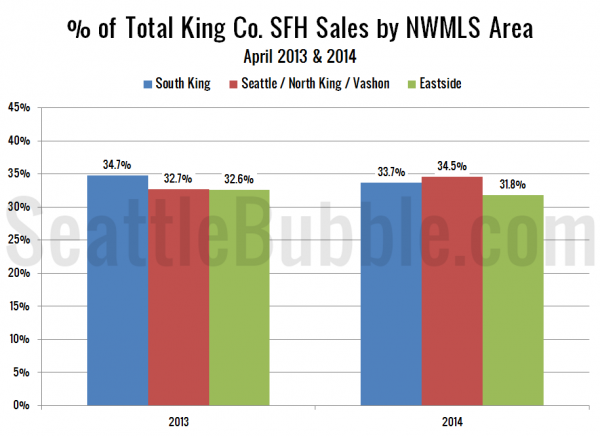 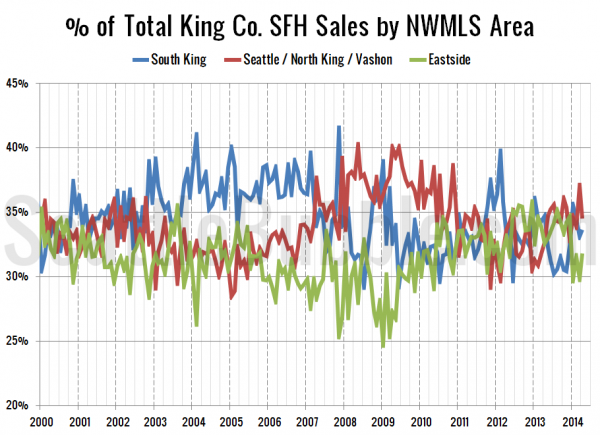