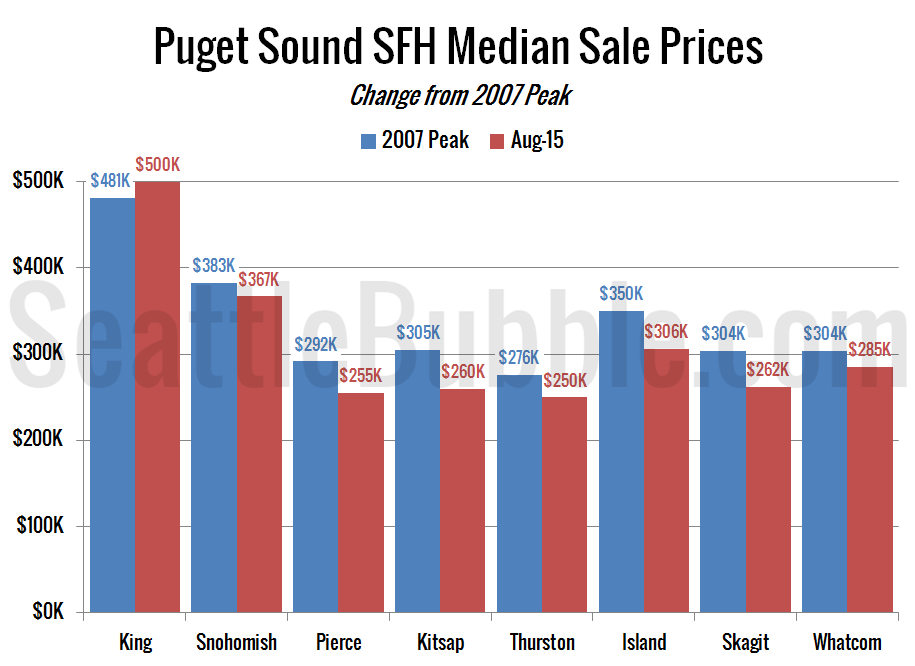 It’s been a few months since we updated our monthly stats for the local regions outside of the King/Snohomish core. Here’s your August update to our “Around the Sound” statistics for Pierce, Kitsap, Thurston, Island, Skagit, and Whatcom counties.

Are things any better in the market right now for buyers outside of the core Seattle areas? Unfortunately, not really. It’s still a pretty terrible time to be buying a home just about anywhere in the Puget Sound area.

Next let’s take a look at median prices in August compared to a year earlier. Not surprisinglyt, pices were up yet again from a year ago across the board. Gains ranged from as low as 4 percent in Whatcom to as high as 14 percent in Kitsap. 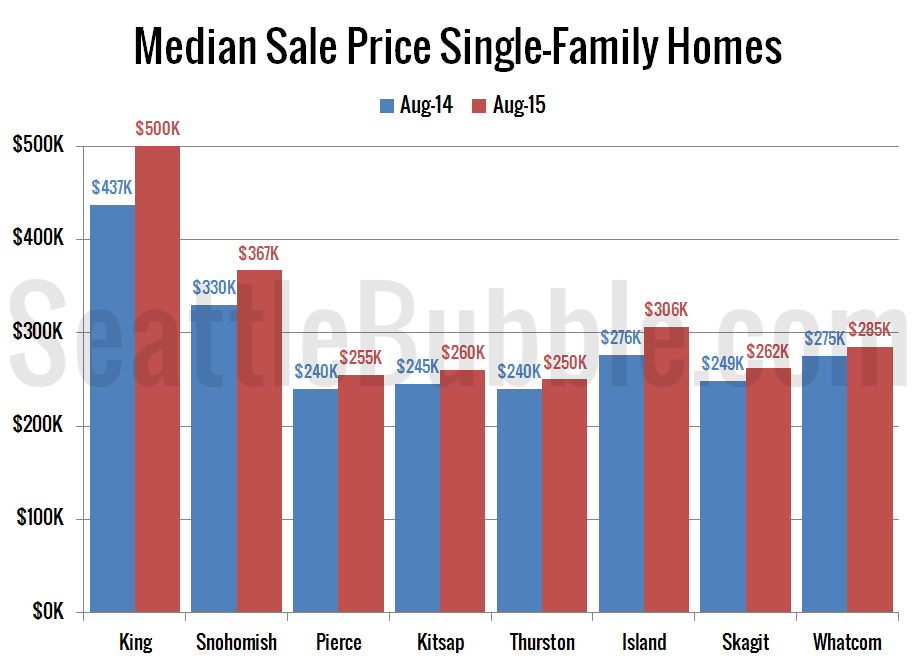 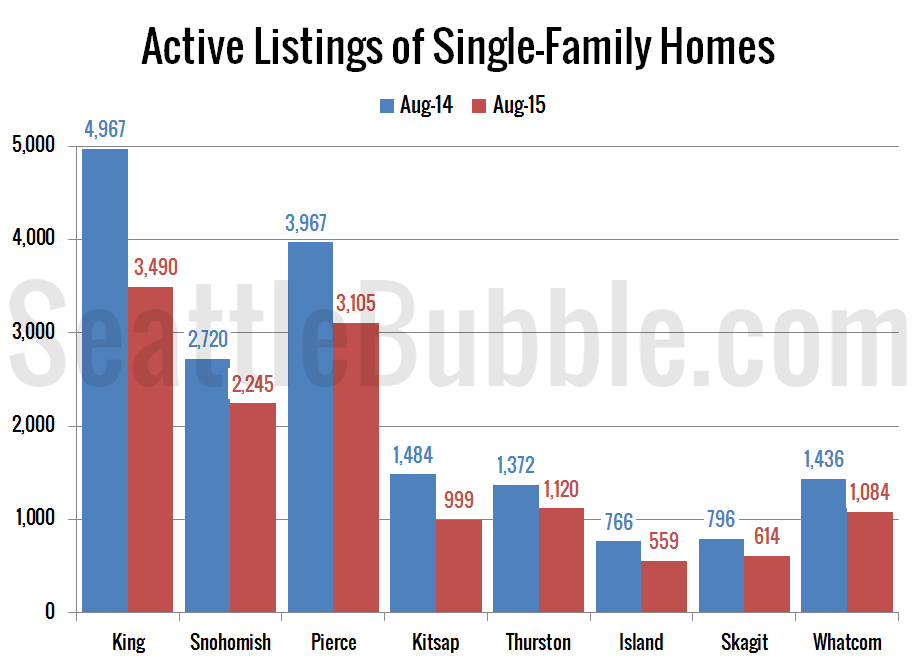 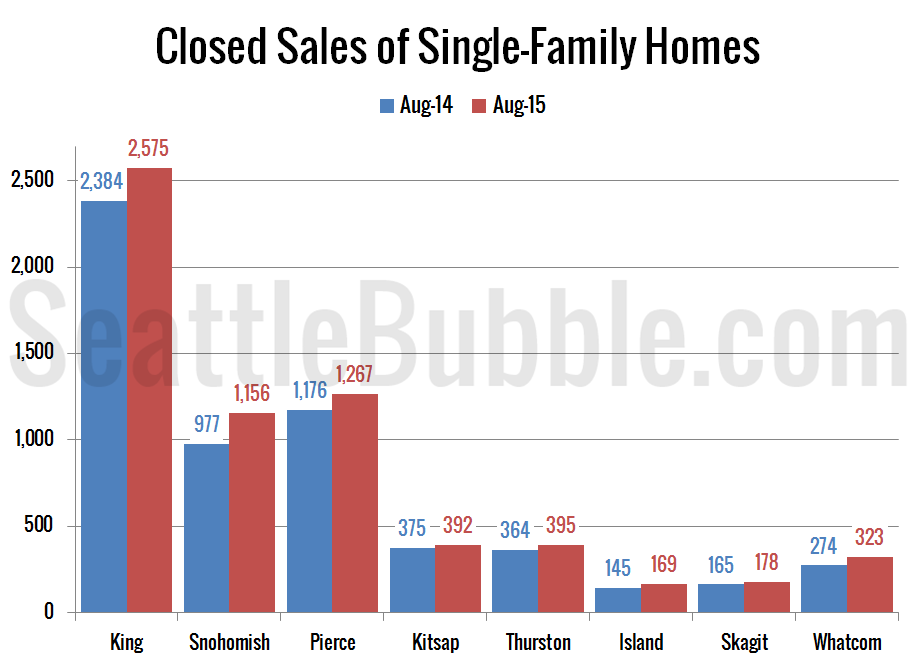 Here’s a chart showing months of supply this August and last August. The market was less balanced than a year ago, skewing more toward sellers in all eight counties. The least terrible market for buyers was in Skagit and Whatcom Counties, which still have just 3.4 months of supply. 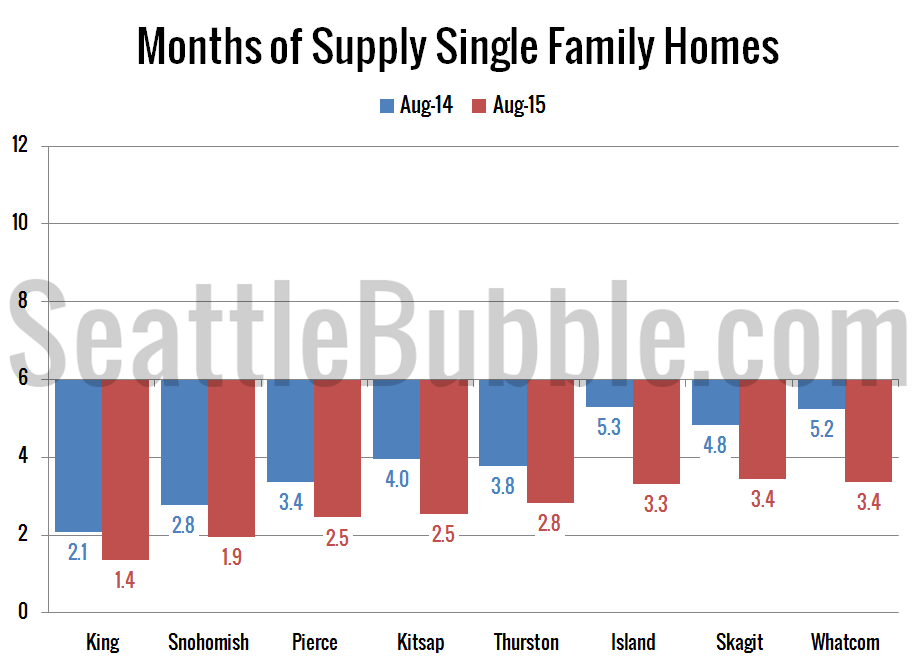 To close things out, here’s a chart comparing May’s median price to the peak price in each county. Everybody but King County is still down from the peak, with drops ranging between 4 percent in Snohomish County to 14 percent in Skagit County. Note of course that this chart is not adjusted for inflation. Here’s a recent post that shows how King County home prices look when you take inflation into account.

Still stinks to be buying a home right now, pretty much no matter where you look in the Greater Seattle Area.