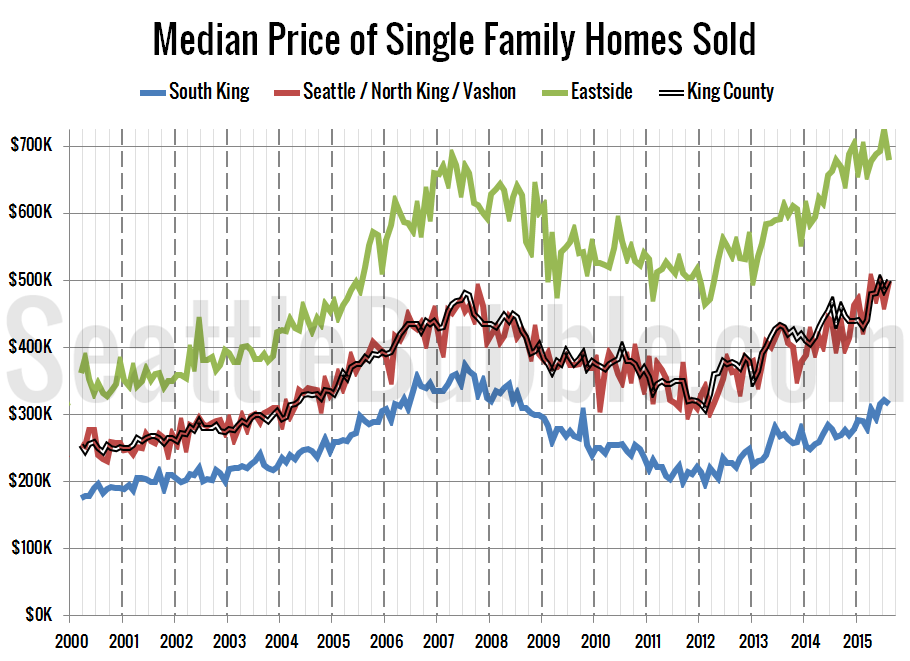 It’s time for us to take a look at this month’s numbers to see how the sales mix shifted around the county in August.

Twenty-seven of the twenty-nine NWMLS regions in King County with single-family home sales in August had a higher median price than a year ago, while sixteen had a month-over-month increase in the median price. 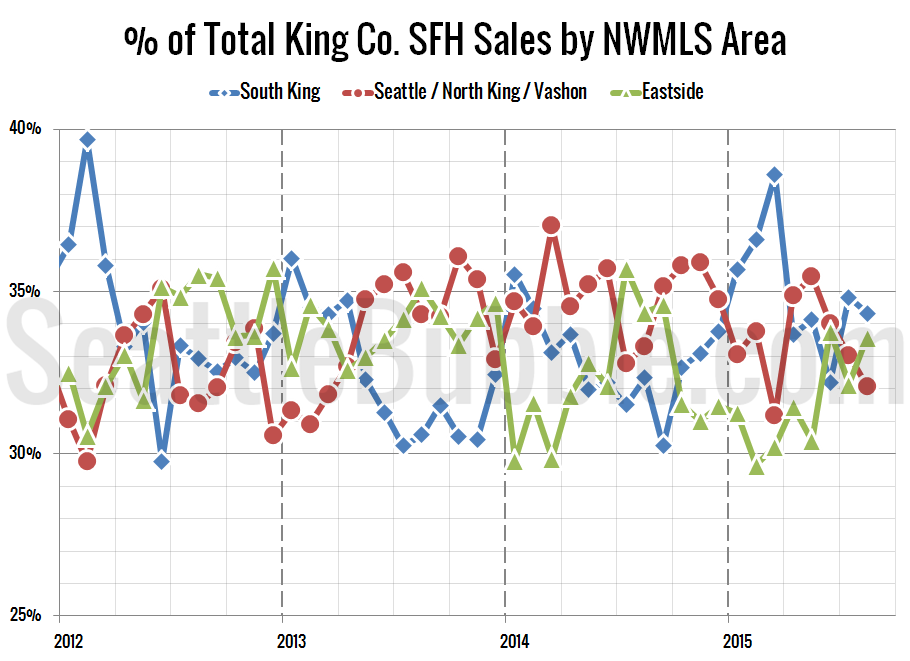 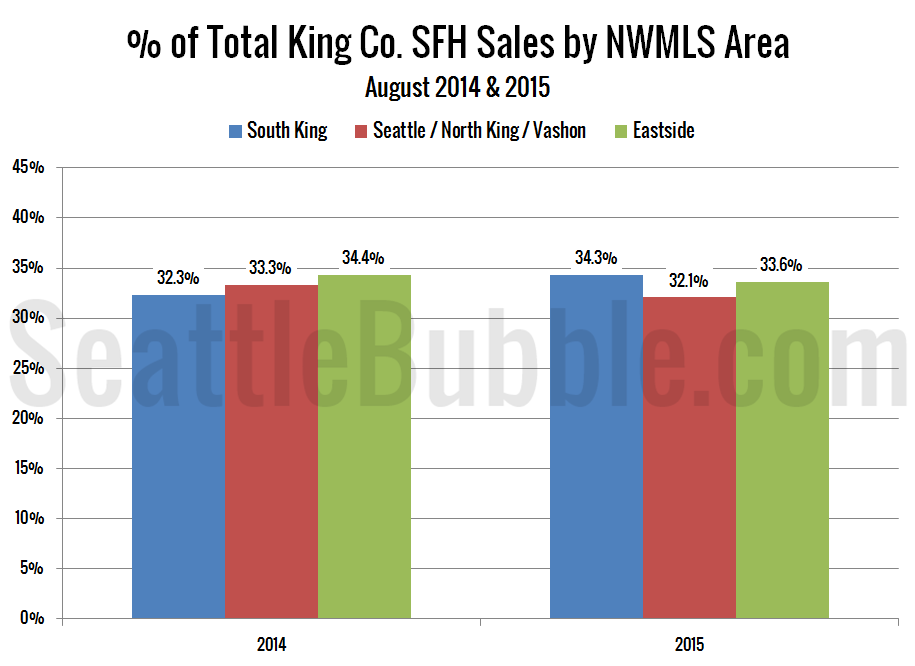 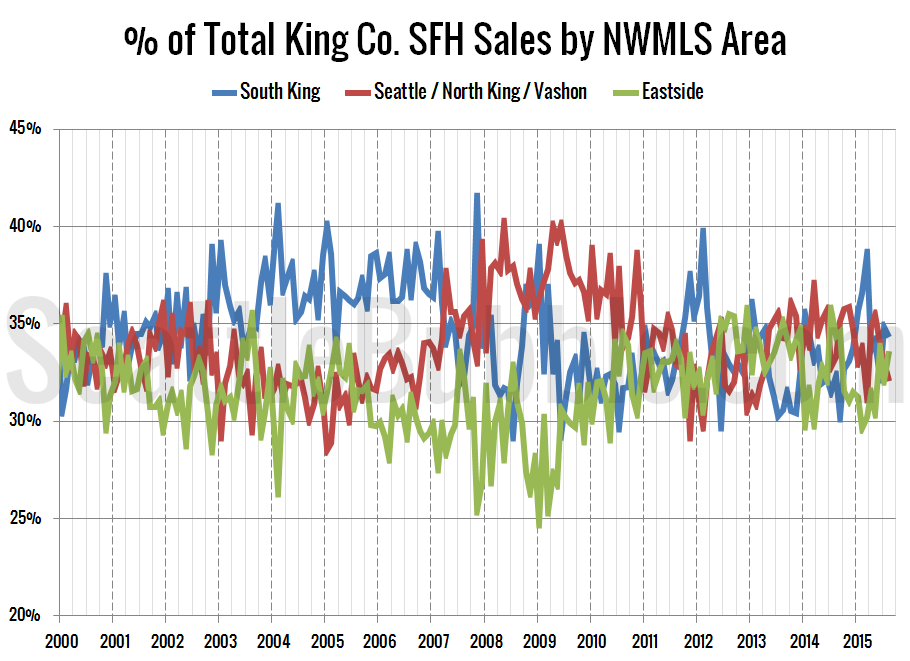 It’s interesting that the median price in the high tier regions was flat, despite double-digit gains in both of the other tiers. Sales aren’t really slowing much yet, what we’re seeing right now seems to be mostly a seasonal slowdown. This fall and winter we’ll be watching the market closely to see if any significant change is likely next year.