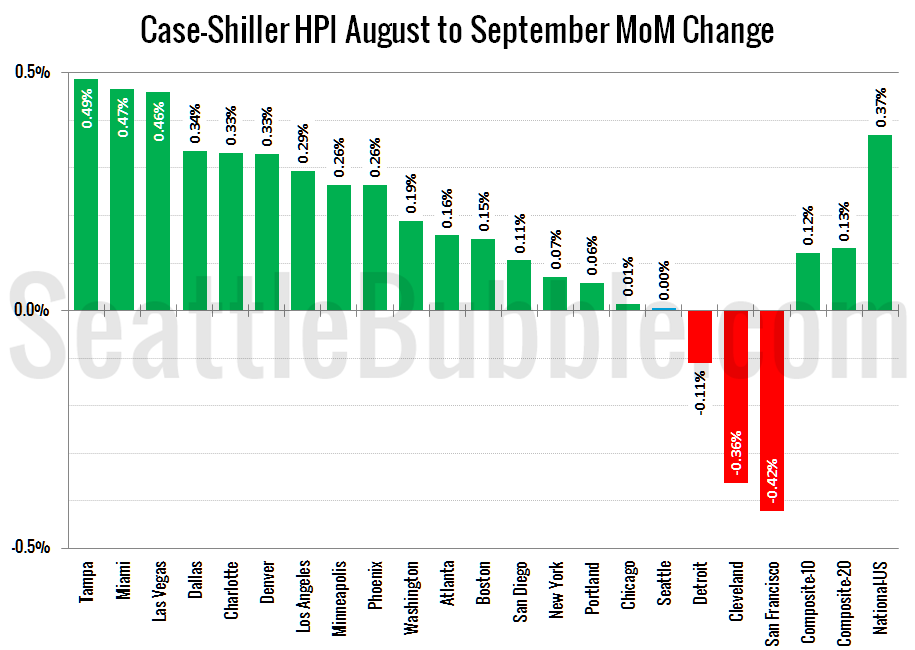 Seattle home prices as measured by Case-Shiller just barely hit another new all-time high in September, inching up just a fraction in September.

After edging up to #5 in August, Seattle’s rank for month-over-month changes dropped to #17 out of 20 in September. 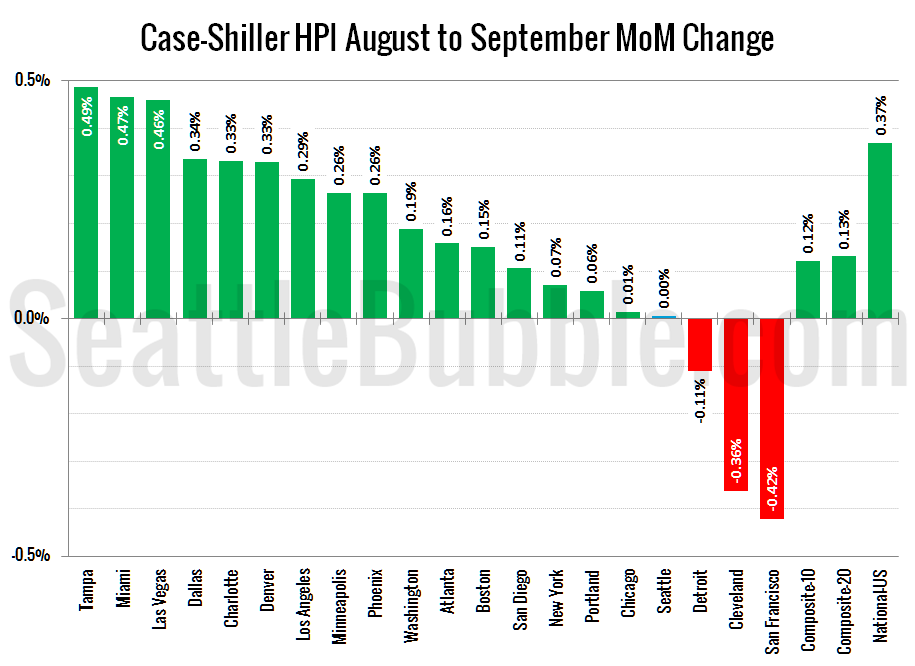 Despite underperforming in September compared most other cities and the same period a year prior, Seattle’s year-over-year price growth was the largest in the nation. In September, none of the twenty Case-Shiller-tracked metro areas gained more year-over-year than Seattle. From February through August Portland had been in the #1 slot above Seattle. 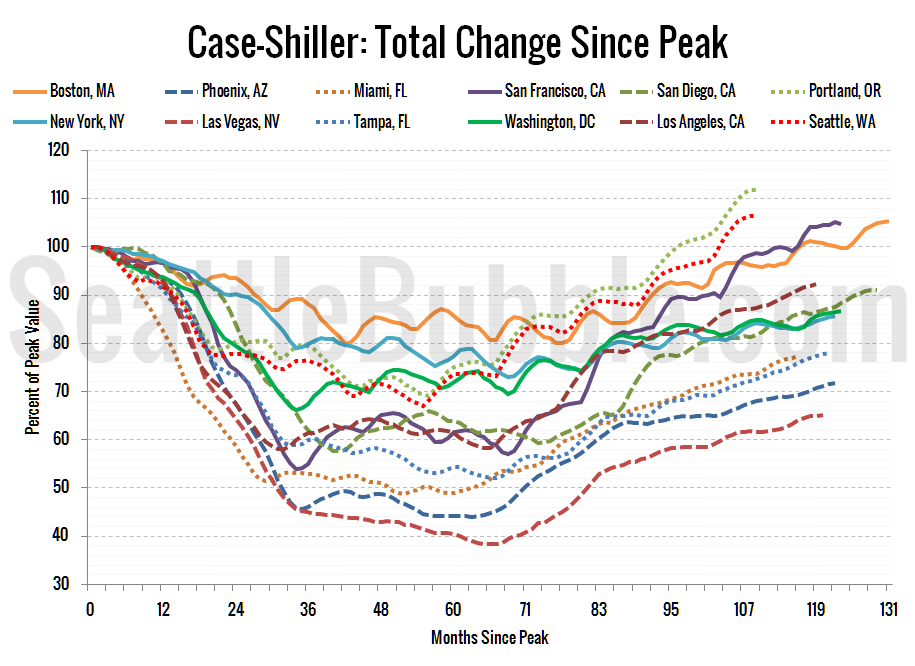 In the 110 months since the price peak in Seattle prices are up 6.4 percent. 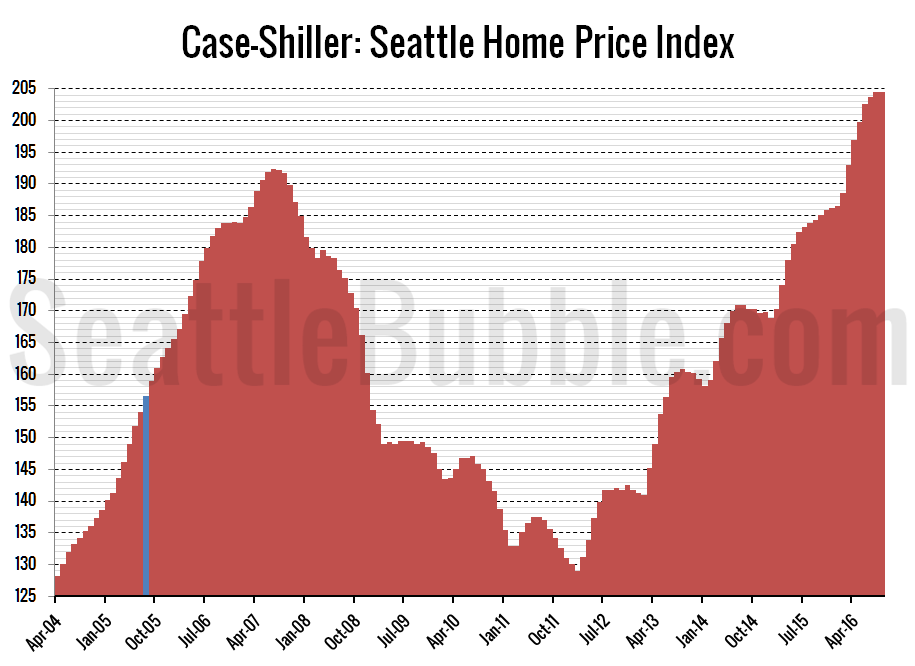