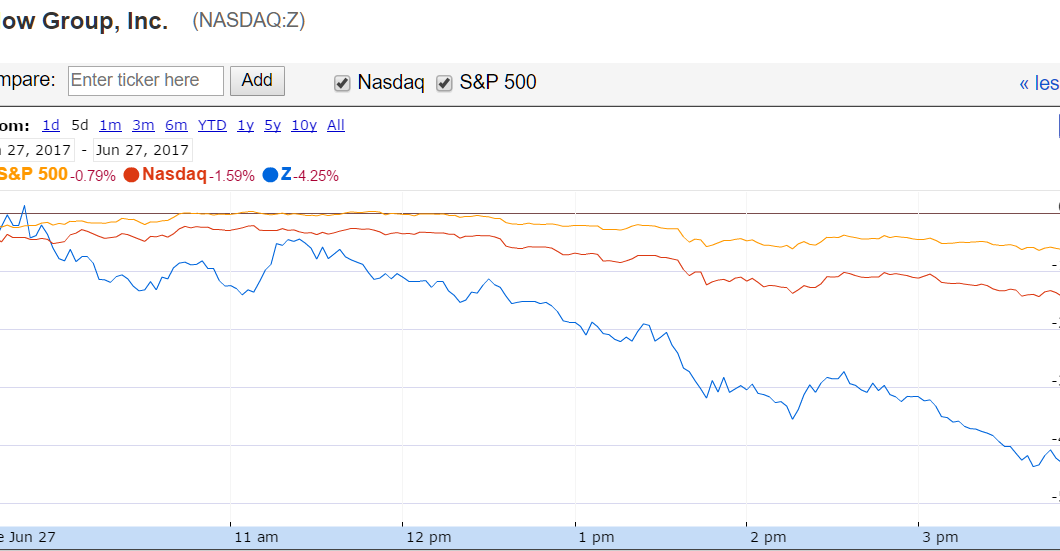 You’ve probably heard about the asinine legal threat that Zillow lawyers sent to the architecture criticism blog McMansion Hell (currently offline), a popular blog that provides entertaining and educational commentary and criticism of the scourge of the McMansion. If you’re in the dark, allow me to summarize the events of earlier this week, with some of my own speculation and opinion thrown in (indicated in italics below).

Since I’m not a lawyer, I’m not going to go into detail about the specific inaccuracies and overall stupidity of Zillow’s arguments against McMansion Hell. If you want to read about that, check out this piece by Techdirt, or their follow-up story, or this (shudder) Buzzfeed piece with quotes from actual attorneys with expertise in copyright law, including the Ken White of Popehat fame.

Here's how @zillow could turn this around: fire your shitty thuggish in-house counsel and apologize. This morning.

The main purpose of this post is to simply and publicly state that Seattle Bubble is one hundred percent in support of McMansion Hell in this dispute. Zillow’s threats are wrong, and they fully deserve the universally bad press they are getting for this move.

Speaking of the bad press, Zillow stock fell 4.25 percent on Tuesday (the first news of this fiasco broke after the close of trading on Monday). The Nasdaq was down just 1.59 percent and the S&P 500 fell just 0.79 percent that day.

There could definitely be another reason for this (correlation is not causation, etc.) but it’s certainly interesting that a loss of $274 million in market value coincided so neatly with all that negative public sentiment.

Here’s hoping that McMansion Hell comes back online and Kate is able to keep doing what she’s been doing. If you’d like to support Kate’s fight with Zillow’s abusive lawyers, she has asked that you donate to the EFF. If you like what Kate is doing with McMansion Hell and want to support that work directly, you can support McMansion Hell on Patreon.

The EFF has posted their official response to Zillow (backup screenshots for broken link). Here’s an excerpt from the letter they sent to Zillow’s lawyer:

Our client has no obligation to, and thus will not, comply with Zillow’s demands. Zillow’s legal threats are not supported and plainly seek to interfere with protected speech.
…
In our phone call yesterday, you suggested that Zillow’s primary complaint against Wagner is based on Zillow’s Terms of Use, which purports to prohibit any reproduction or modification of images found on Zillow’s website. You stated that Zillow’s agreements with third parties requires it to include such provisions in its Terms of Use and to enforce them. But Wagner is not bound by your Terms of Use and, even if she were, the relevant provisions are unenforceable.

Courts routinely decline to enforce “browsewrap” agreements like Zillow’s Terms of Use, which fail to present terms except via a hyperlink and without a checkbox to signal assent.
…
Even if an agreement were formed, paragraph 14 of the Terms of Use, asserting Zillow’s right to alter the contract without notice or justification, would render the agreement illusory and void for lack of consideration. … Further, to the extent that Zillow’s Terms of Use purport to undermine Wagner’s freedom to operate the McMansion Hell website, such terms would be unenforceable under contract law doctrines that restrict surprising, unfair, or speech-restrictive terms, particularly in contracts of adhesion like the Terms of Use.

The EFF’s takedown of the legal trash from Zillow was extreme and thorough. It took less than a day for Zillow to back down. Via GeekWire: Zillow drops complaint against ‘McMansion Hell’ blog after backlash over copyright claim

“We have decided not to pursue any legal action against Kate Wagner and McMansion Hell,” a statement from the company said Thursday. “We’ve had a lot of conversations about this, including with attorneys from the EFF, whose advocacy and work we respect. EFF has stated that McMansion Hell won’t use photos from Zillow moving forward. It was never our intent for McMansion Hell to shut down, or for this to appear as an attack on Kate’s freedom of expression. We acted out of an abundance of caution to protect our partners — the agents and brokers who entrust us to display photos of their clients’ homes.”