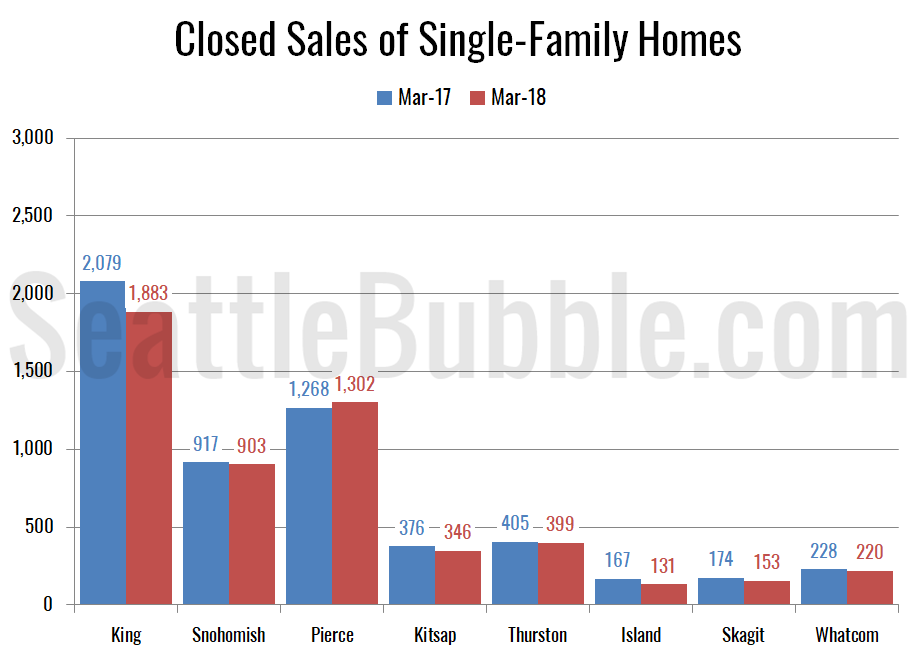 It has been a few months since we looked at the housing stats for the broader Puget Sound area. Now that the first quarter of 2018 is over, let’s update our “Around the Sound” statistics for King, Snohomish, Pierce, Kitsap, Thurston, Island, Skagit, and Whatcom counties.

Prices are climbing and listings are down across the board. King County actually had the smallest listings decrease among the Puget Sound counties, and one of the largest drops in sales. Sales also dropped significantly in Kitsap, Island, and Skagit counties.

Here’s the chart of median prices compared to a year ago. Every county turned in a gain, with only Thurston and Whatcom turning in single-digit price gains. 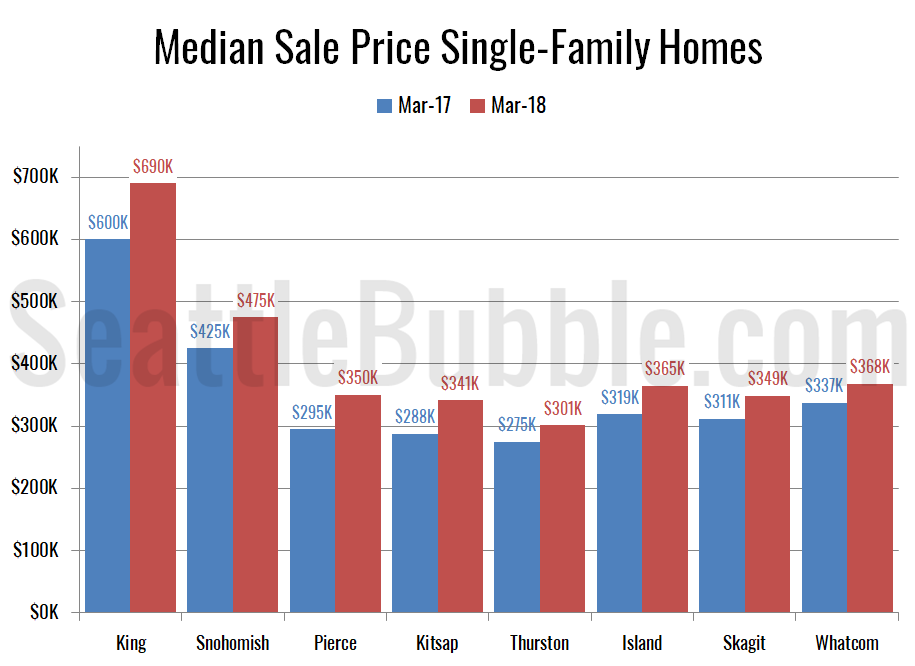 Listings were down significantly from a year earlier everywhere… except King County. Every other county still saw fairly significant year-over-year decreases, with the largest coming in Kitsap. 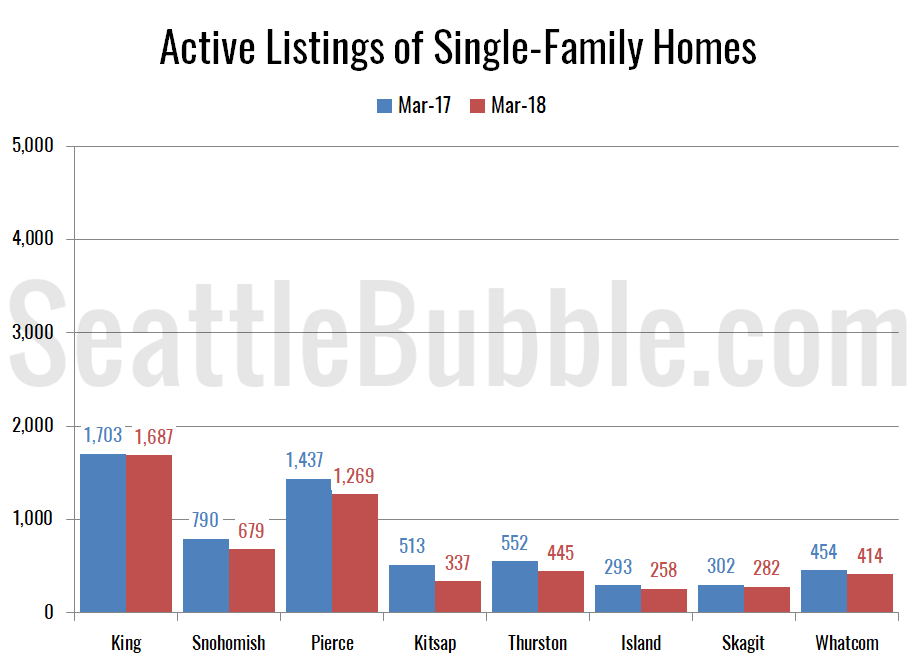 Seven of the eight Puget Sound counties saw sales fall compared to a year ago. This is the first time that sales fell year-over-year in many counties since April 2011. 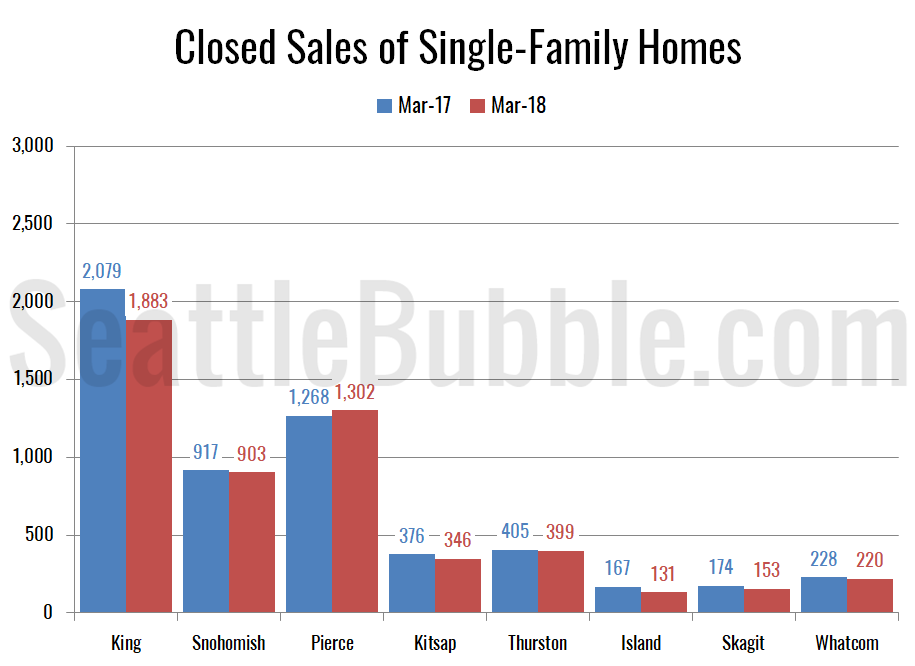 Months of supply is low everywhere, but for the first time in a while, some counties actually did see a slight increase in this metric. 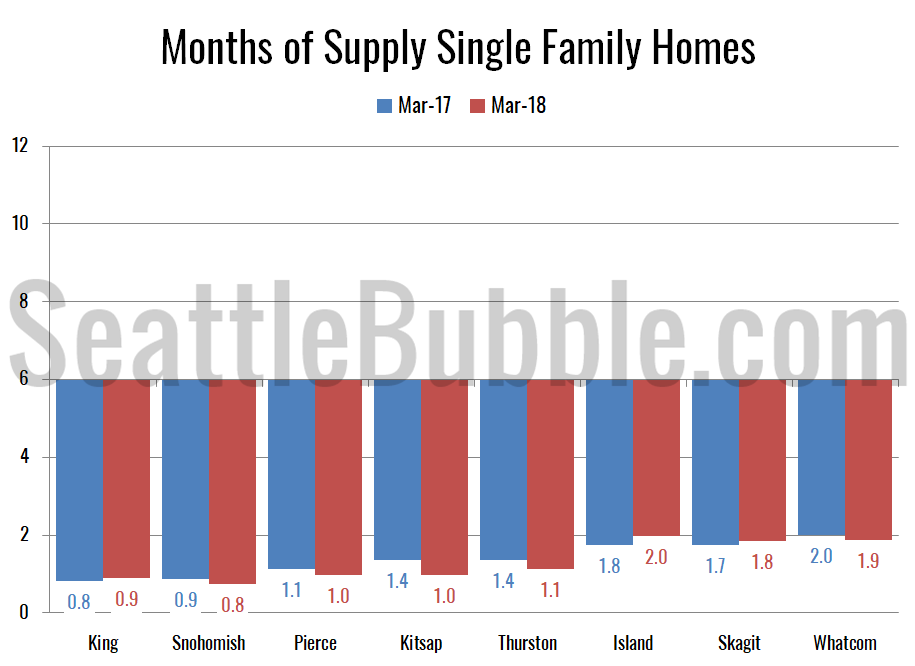 Finally, here’s a chart comparing the median price in March to the 2007 peak price in each county. Every Puget Sound has now exceeded the previous peak median price and is charting new territory. 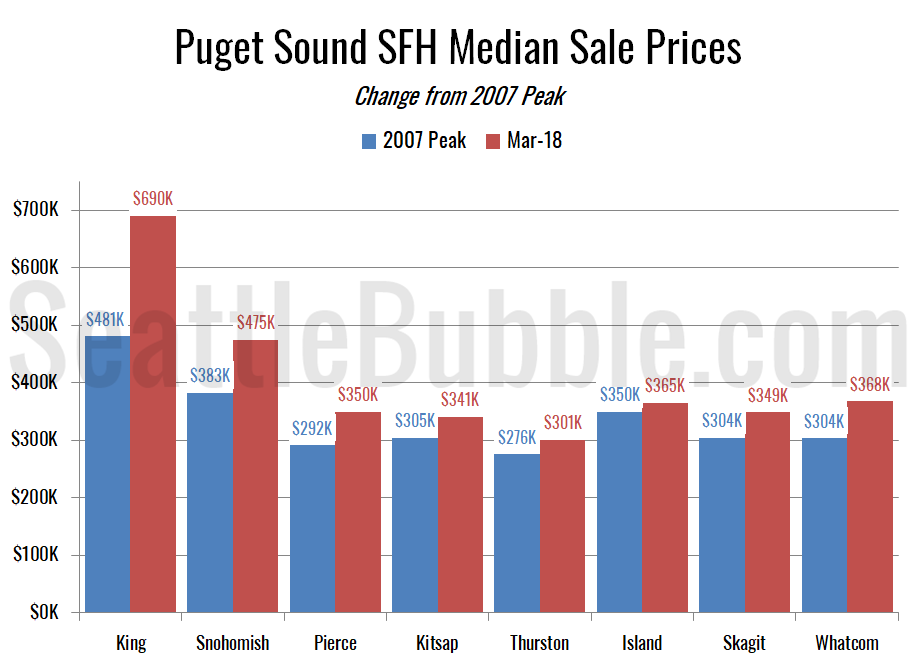 In summary: It’s still a better time than ever to sell a home in the Puget Sound, but there may finally be some tiny cracks beginning to form in the sellers’ market.