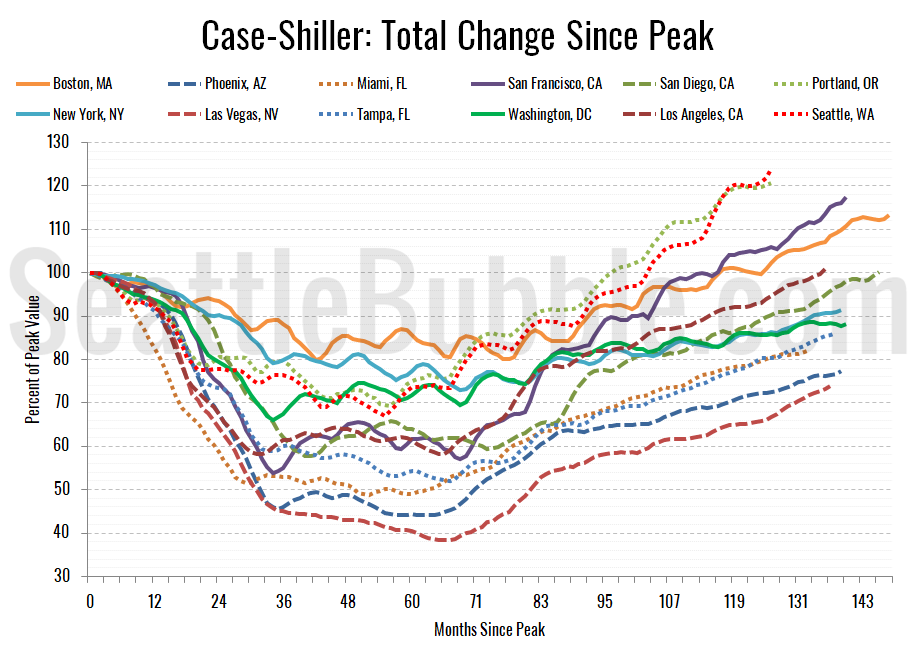 Let’s have a look at the latest data from the Case-Shiller Home Price Index. According to February data that was released this morning, Seattle-area home prices were:

Seattle leads the nation in both year-over-year and month-over-month home price growth. The only other metro areas with double-digit price growth from a year earlier are Las Vegas at 11.6 percent and San Francisco at 10.1 percent.

Seattle’s rank for month-over-month changes fell off steeply late last year but jumped back to #1 in February. 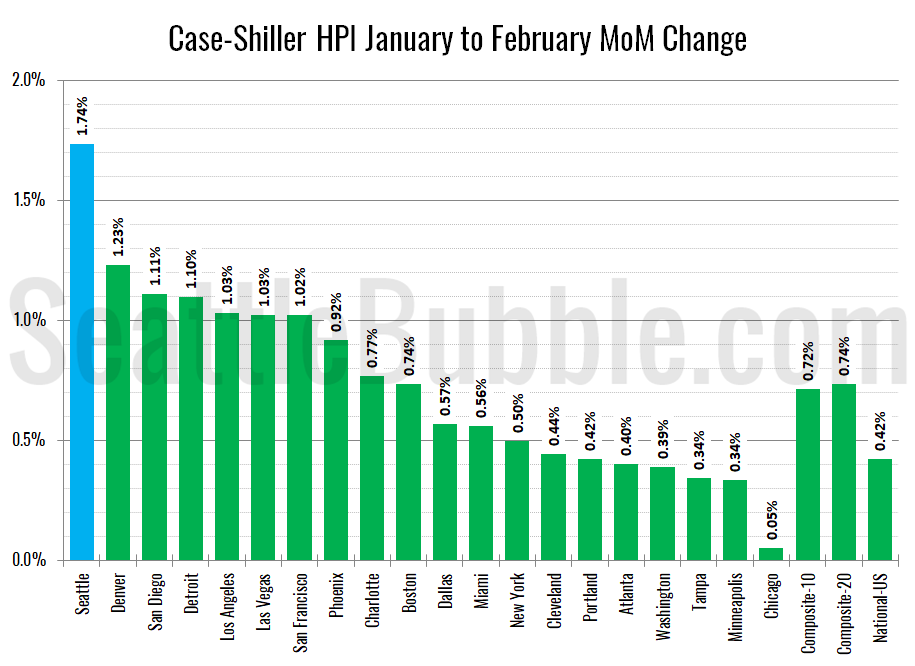 Seattle’s year-over-year price growth is still the highest in the nation. The streak has been alive for eighteen months. 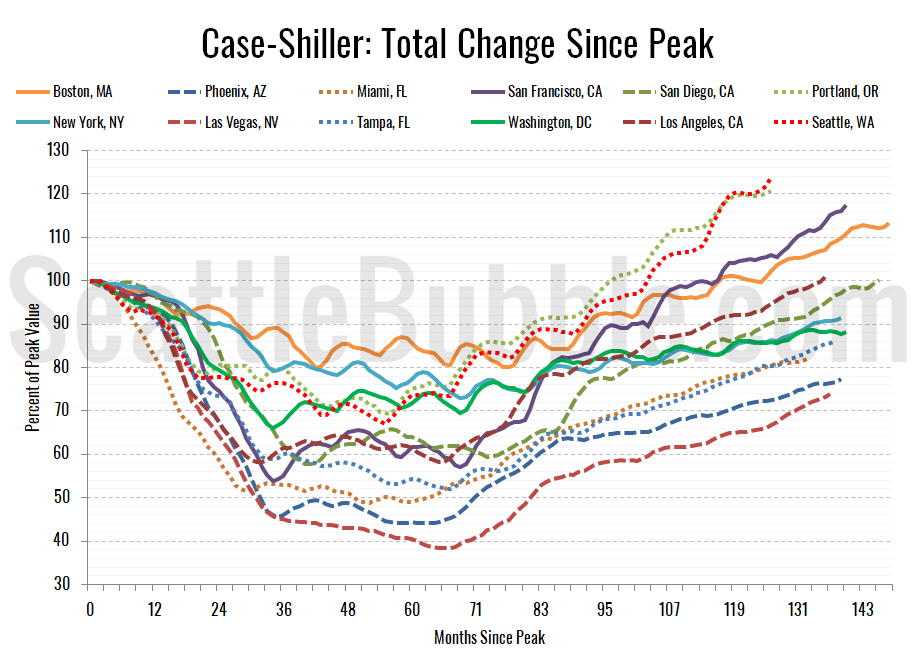 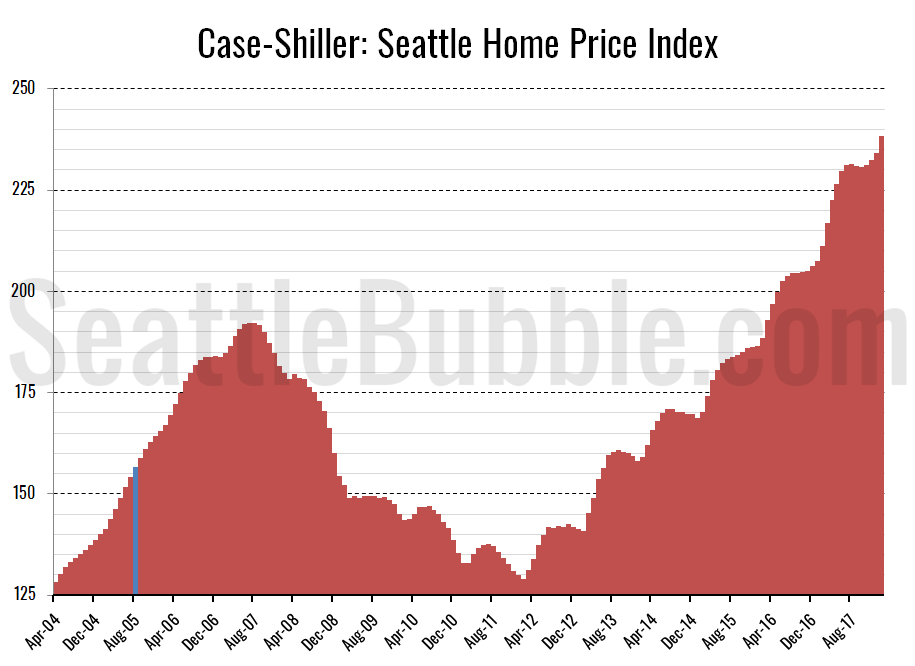 Here’s the story on this month’s numbers from the Seattle Times: Seattle-area home price growth from current boom has surpassed last decade’s bubble

Check back tomorrow for our look at Case-Shiller data for Seattle’s price tiers.