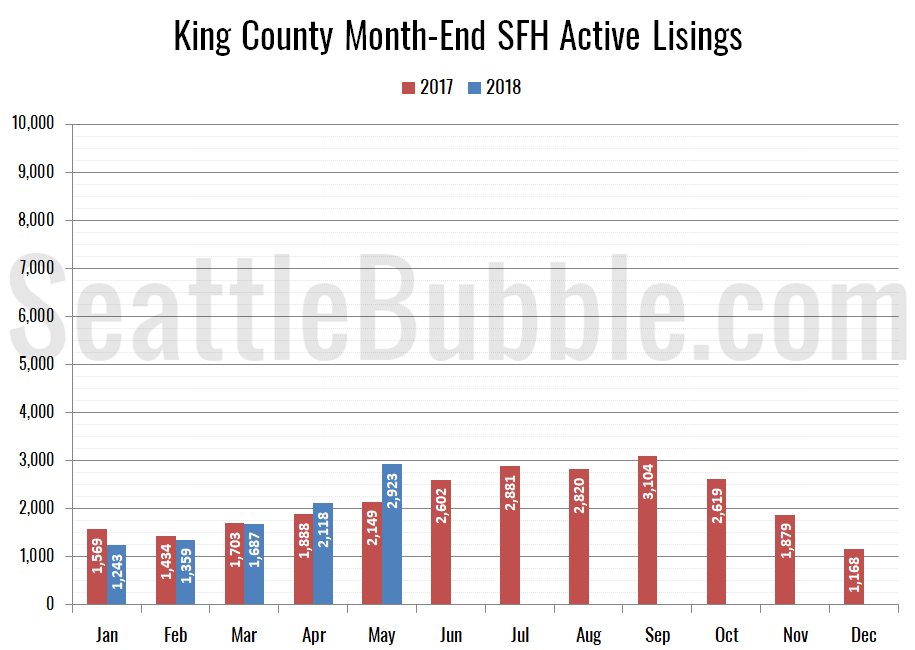 Yes, it has been over a month since the last update here. What is there to say when the market is the same frenzied nonsense day after day, week after week, month after month? It’s exhausting, and I’m not even in the market to buy a home. If you are, you definitely have my pity.

Even when I’m not posting here, I am still keeping my spreadsheets up to date and sharing them with those who support my ongoing work as members of Seattle Bubble.

Anyway, I’m back because there’s something definitely interesting in our regular monthly “preview” charts for May. Unless something has really broken in my data collection, it looks like we’re seeing a sudden surge of listings begin to pile up.

Here’s the summary for May: Sales look to be a bit lower than last year, even as the spring bump has begun. Listings are still struggling to make gains. Foreclosures are still nearly non-existent. 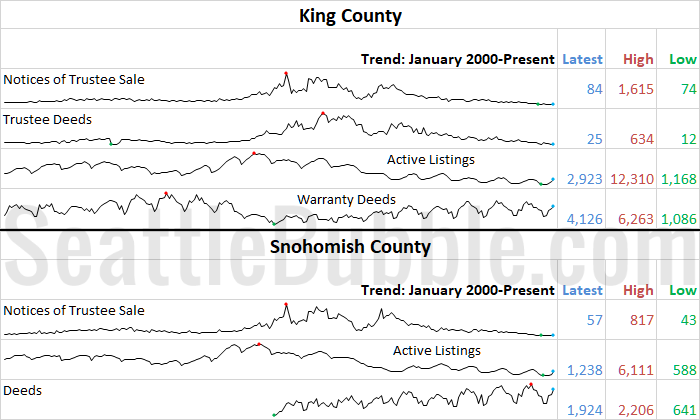 Since this is where the interesting data is, let’s start with an update of the inventory charts, updated with previous month’s inventory data from the NWMLS. 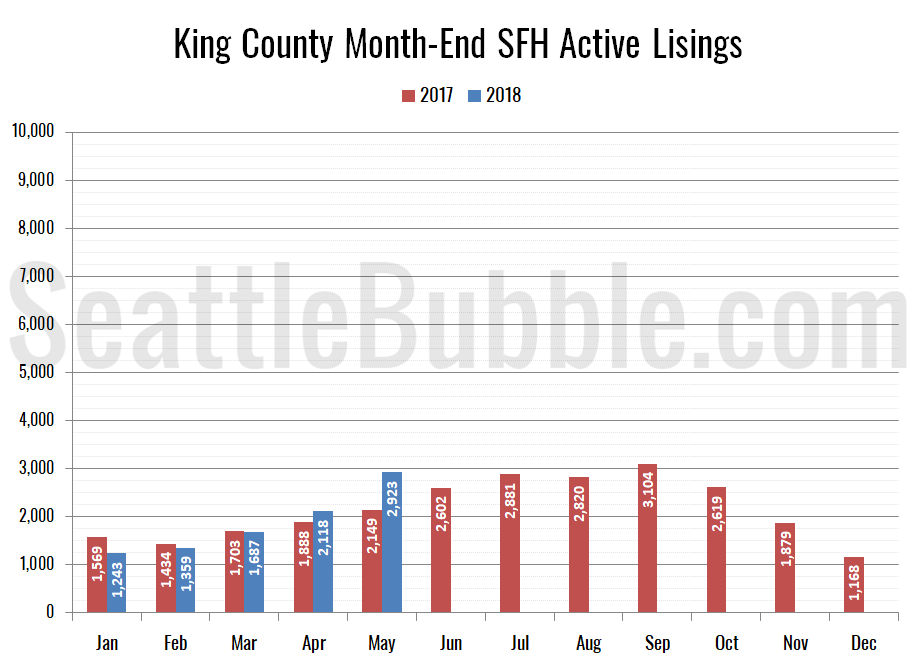 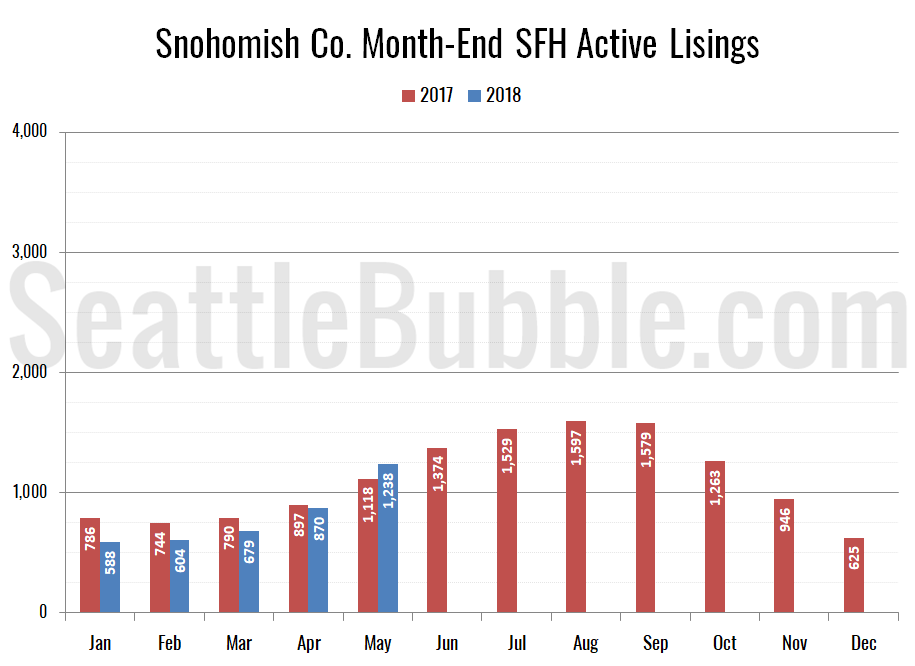 The number of homes on the market in King County shot up thirty-six percent in May. This is the largest increase since May 2008. If this isn’t some kind of data collection error, this is a pretty big spike. It follows a reasonably large increase of twelve percent the month before, so we could finally be seeing the beginning of a trend that points toward an easing market.

In Snohomish County the inventory gains were a lot smaller at just eleven percent, which is the largest increase since October 2014. 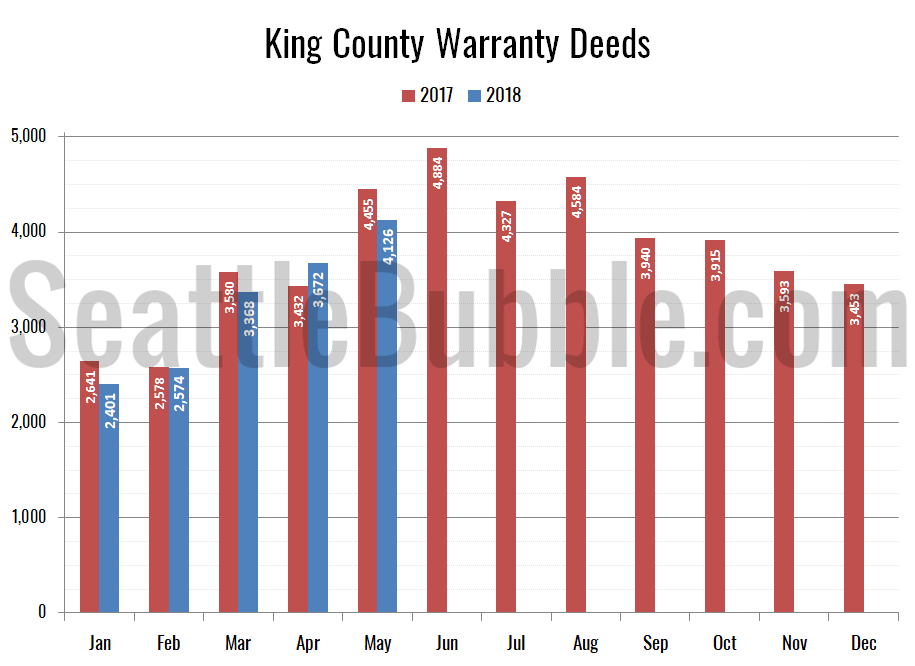 Sales in King County increased twelve percent between April and May (a year ago they rose thirty percent over the same period), but were down seven percent year-over-year—another sign that the market may be softening. 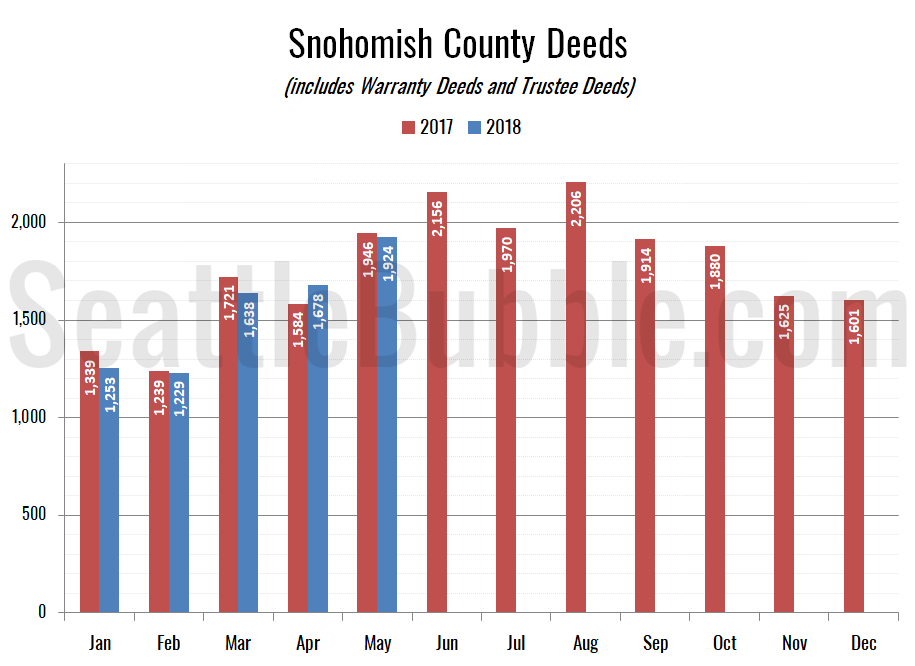 Deeds in Snohomish increased fifteen percent month-over-month (vs. a twenty-three percent increase in the same period last year) and were down one percent from a year earlier. 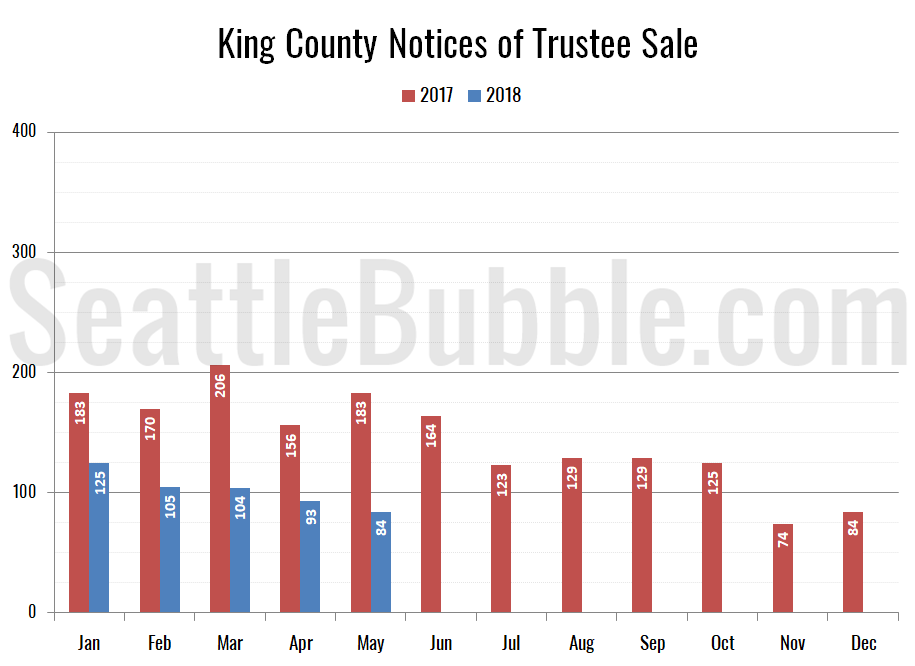 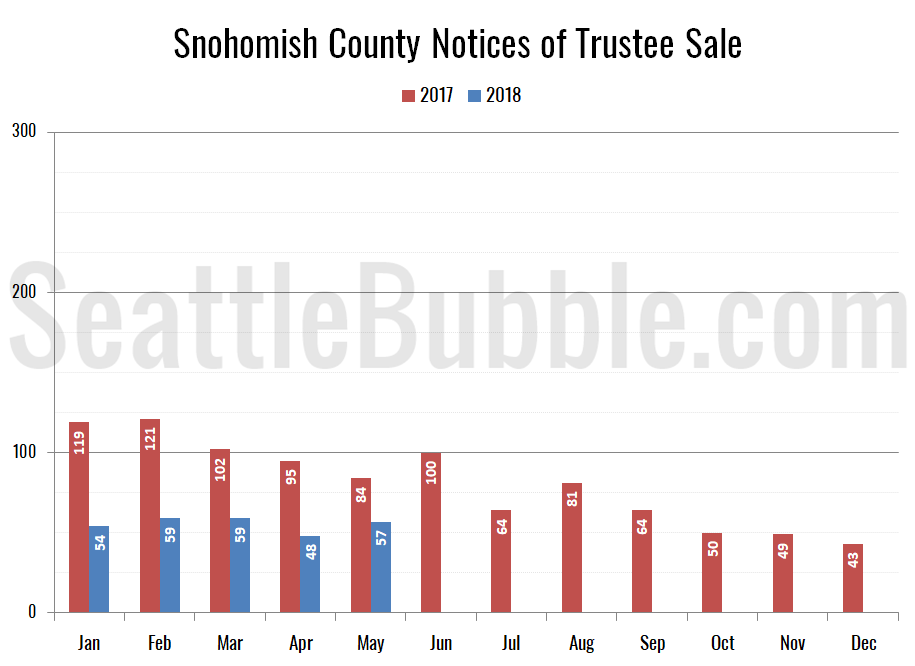 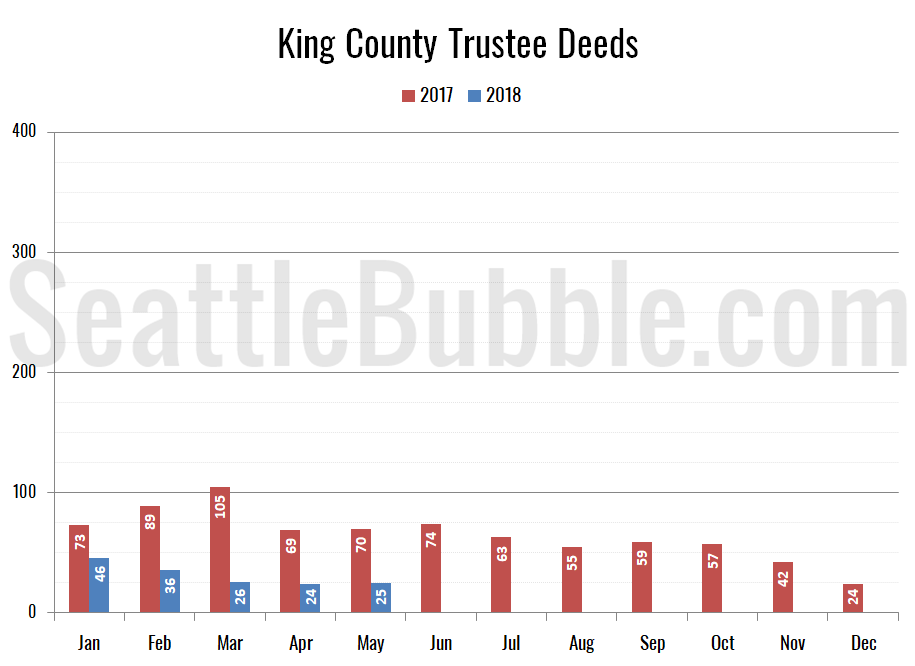 Trustee Deeds were down sixty-four percent from a year ago. The only time there have been fewer trustee deeds than we’ve seen over the last few months was August through October of 2003.