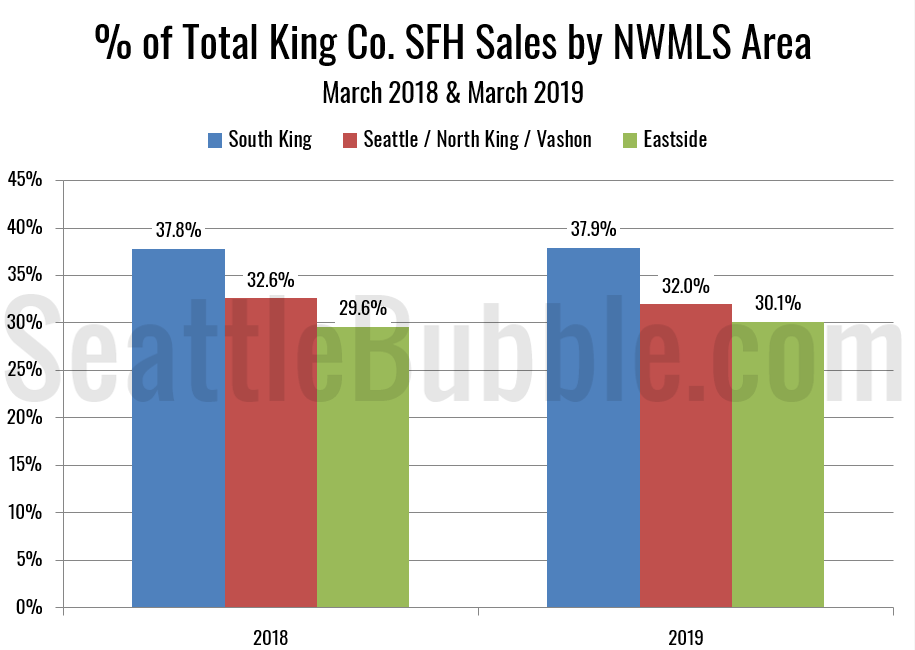 Here’s where each region’s median prices came in as of March data: 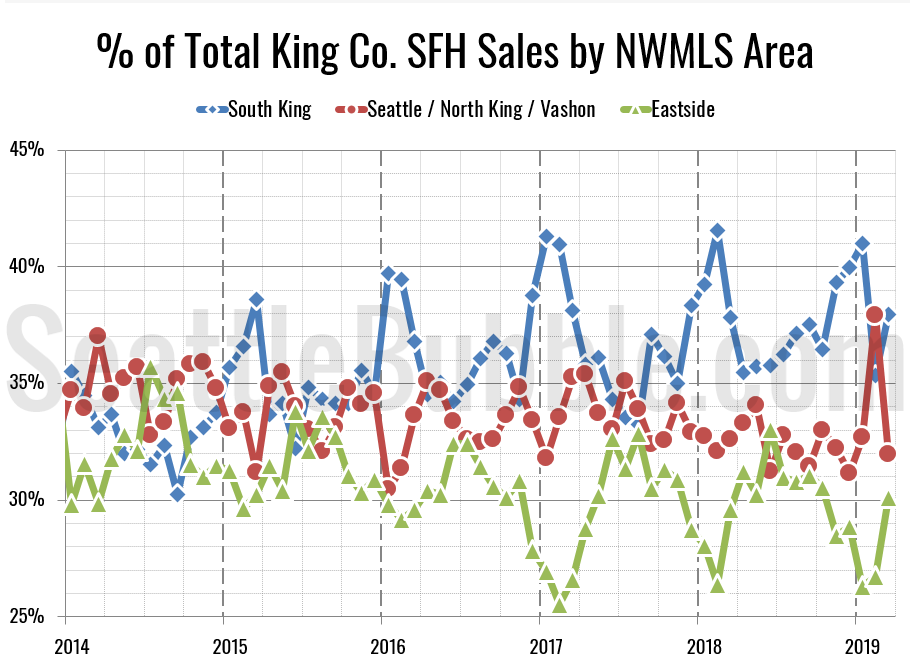 The last few years have each followed a similar pattern: while sales in the mid-range regions maintain a fairly steady share of sales in the county each month, sales in the cheaper parts of the county (South King) surge in the winter and dip in the summer, with sales in the most expensive parts (Eastside) doing the opposite. Except for a big spike in Seattle in February, so far we’re seeing the same pattern this year. 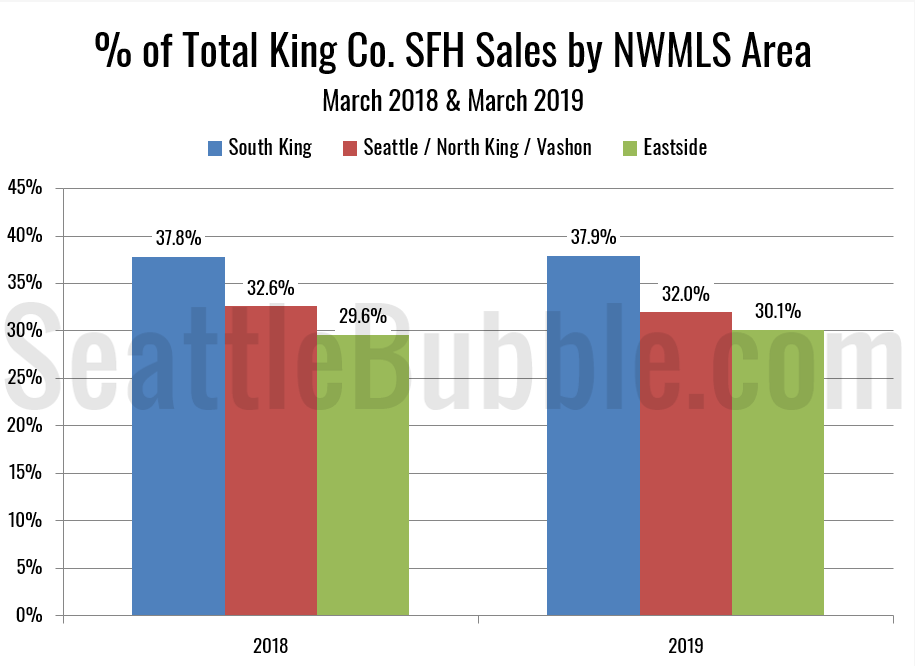 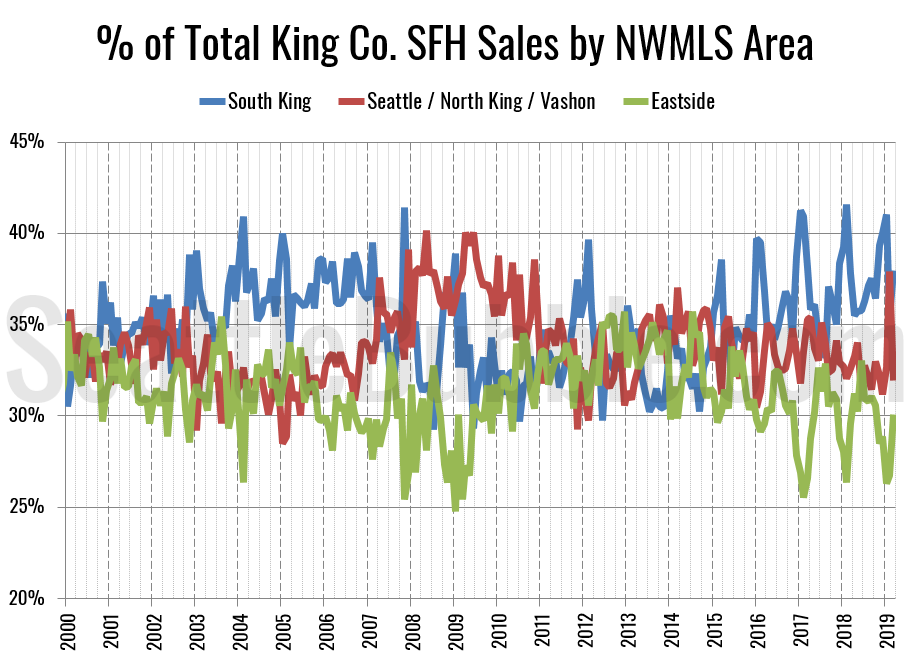 During the housing bubble that burst in 2008, South King consistently had the largest share of sales. We’ve seen the same thing over the last few years as prices have once again grown to astronomical levels. In the lead-up to the big 2008 bust, sales in South King fell as sales in Seattle gained ground. February’s spike in Seattle’s sales share could be a portent of a similar pattern, or it could just be a blip. We’ll see over the next few months. 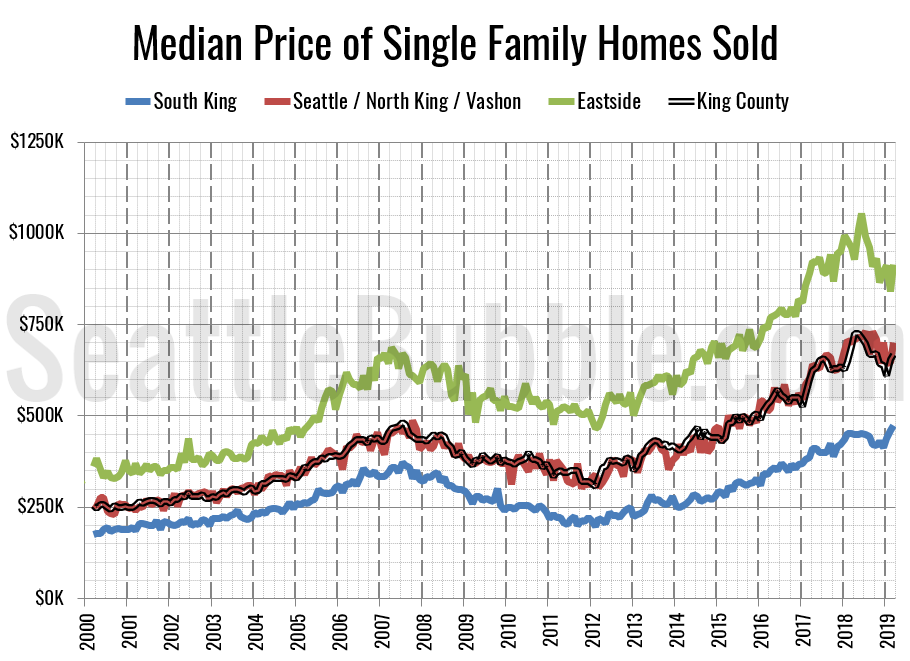 Eighteen of the twenty-nine NWMLS regions in King County with single-family home sales in March had a higher median price than a year ago, while 23 had a month-over-month increase in the median price.