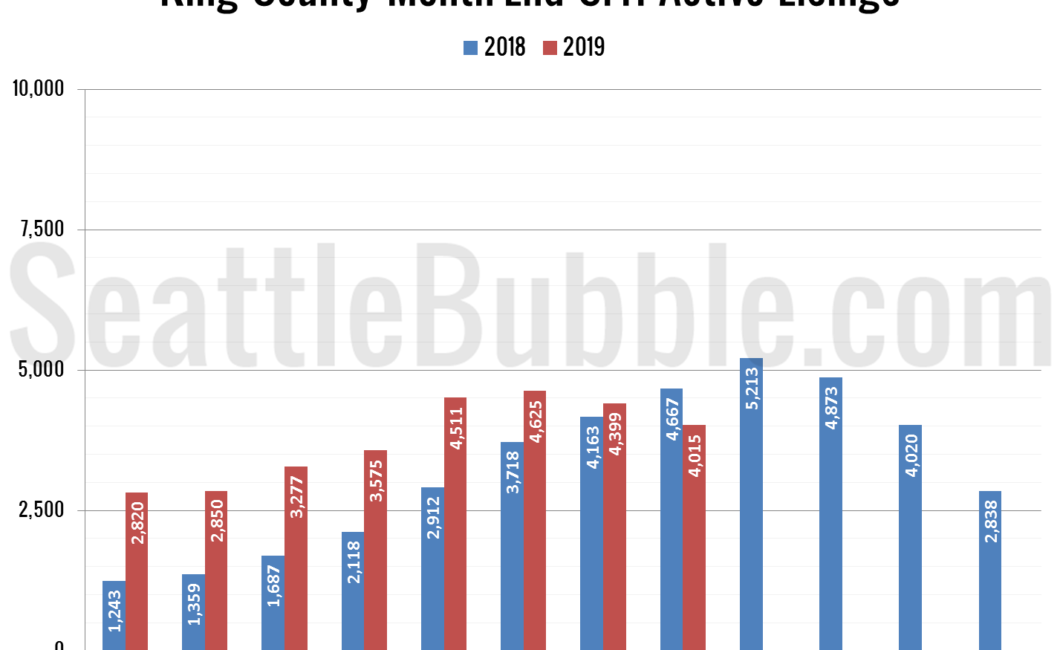 Where does the time go? Apologies for the radio silence! August was crazy busy, but we’re getting caught up now. Most of the spreadsheets are updated for members, and I’ll be posting some refreshed data and commentary about the current market here this week.

NWMLS stats for August are due any day now, probably later today, but let’s have a look at our “early” view on the August housing market stats for the Seattle area.

The biggest news: Active listings appear to be down considerably from a year ago. This is a big flip from earlier this year, when listings were way up, and definitely not great news for buyers. 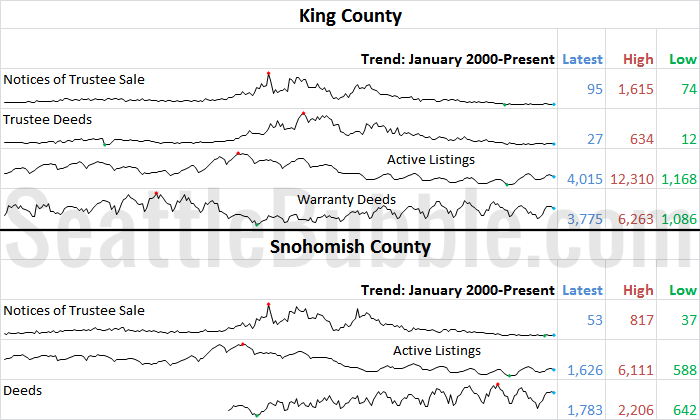 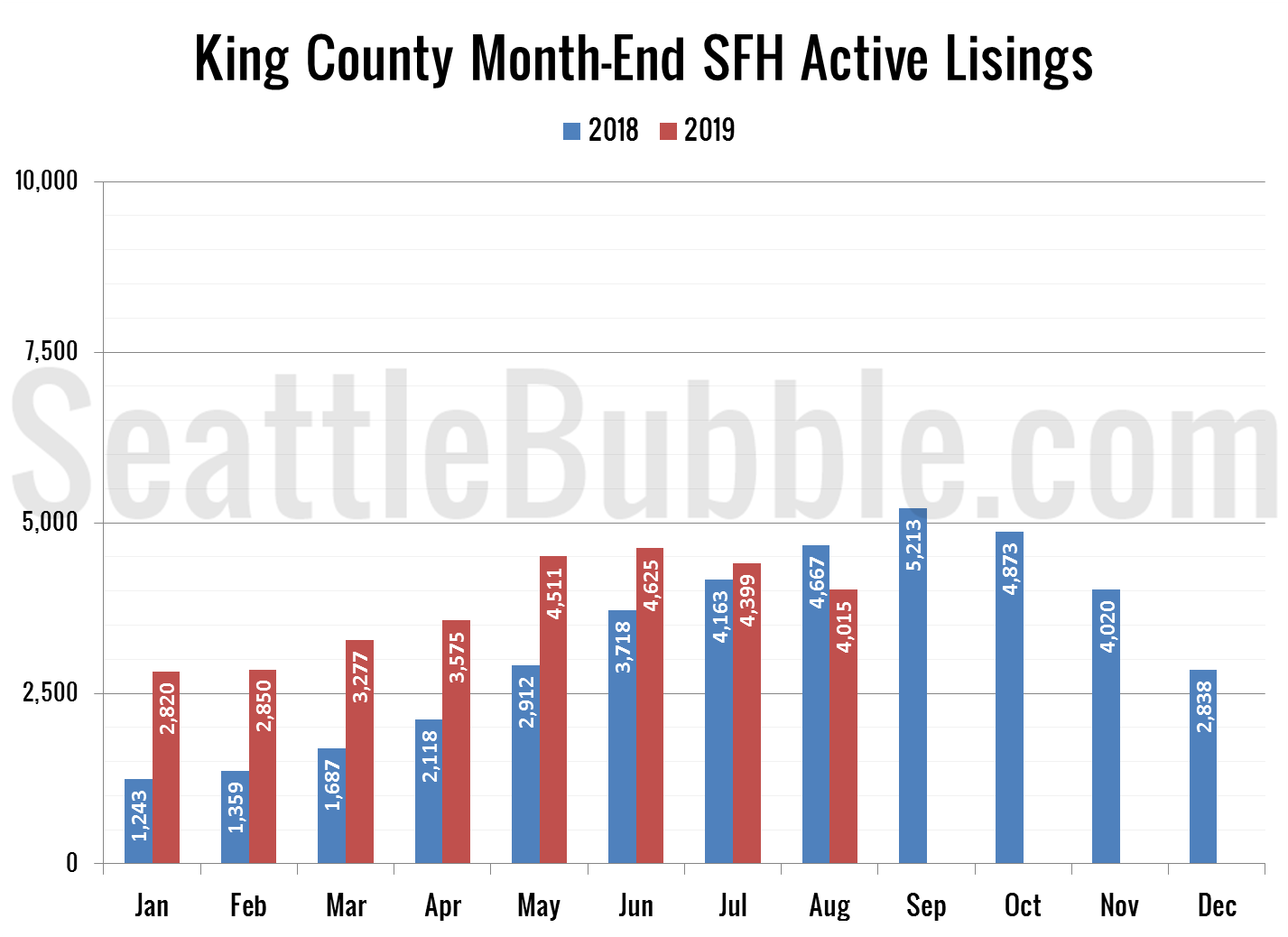 In Snohomish County inventory fell 12 percent month-over-month, and the year-over-year decline was 20 percent. So much for the “rush to the exits” some people were hoping for. I know a lot of people are expecting / hoping for some sort of new crash, but this decline in listings is a pretty big sign that no such crash is imminent. 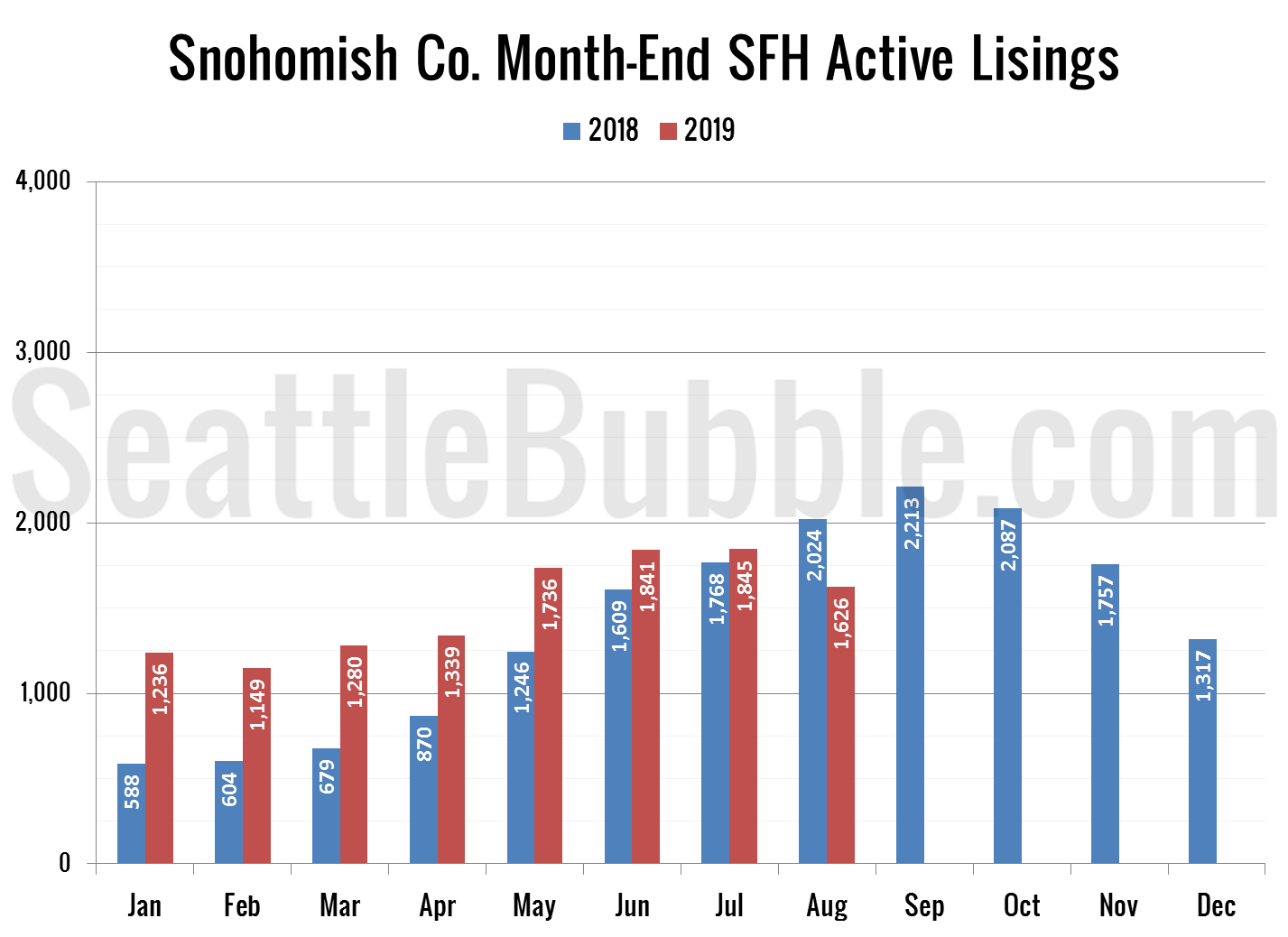 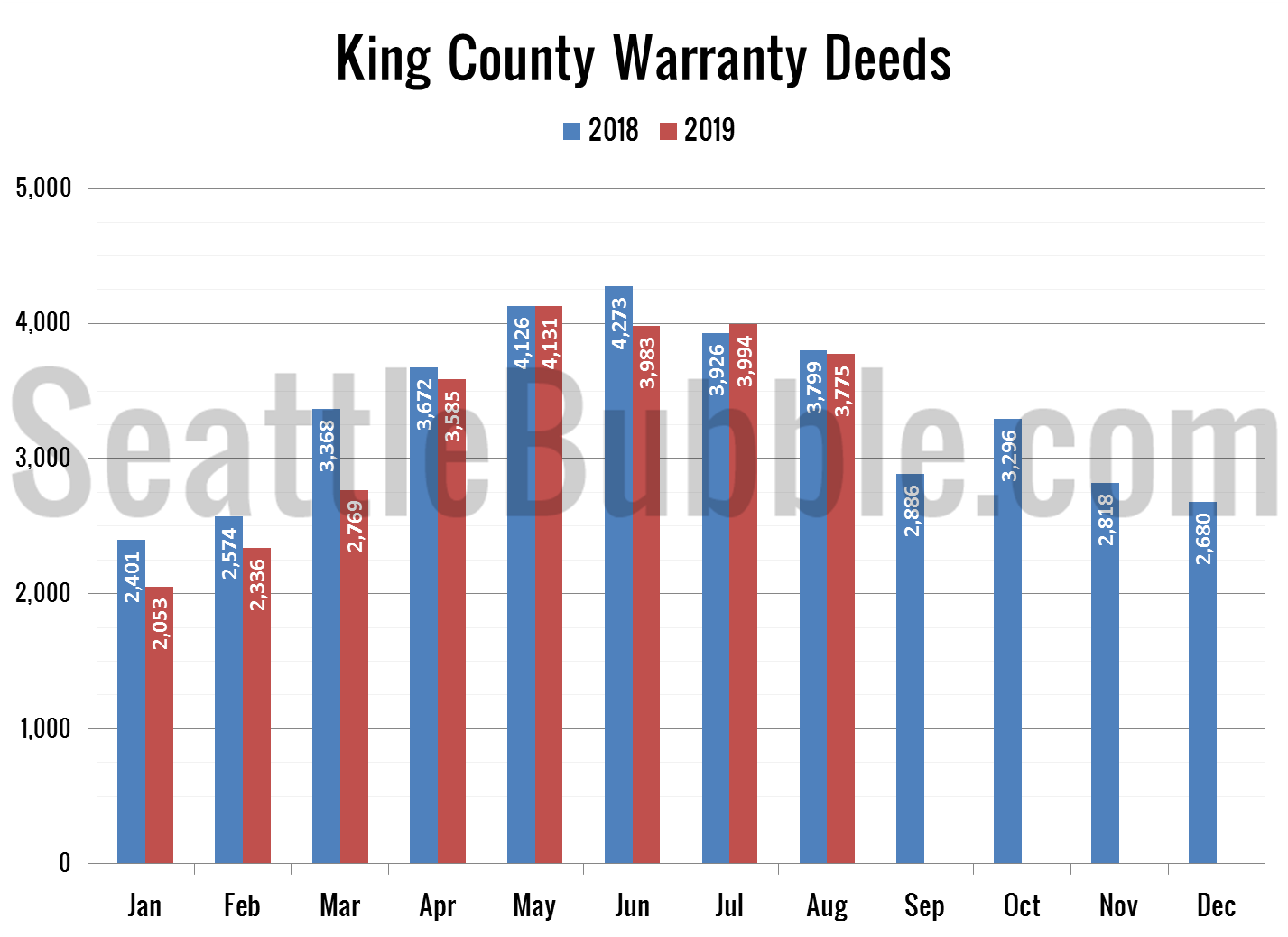 Sales in King County fell 0.6 percent between July and August (a year ago they fell 3.2 percent over the same period), and fell 5.5 percent year-over-year. 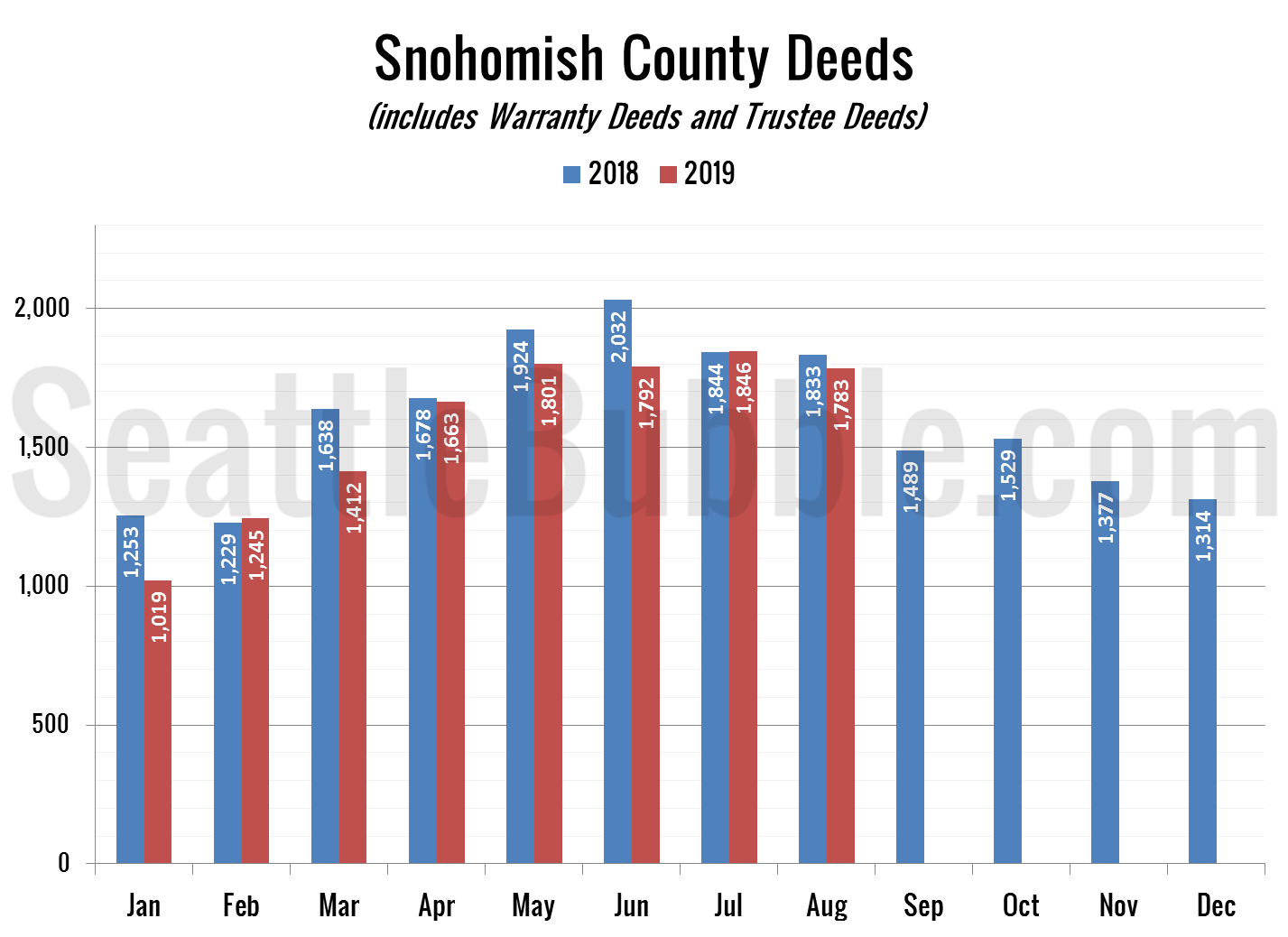 Deeds in Snohomish fell 2.7 percent month-over-month (in the same period last year they were down 17 percent) and were down 3.4 percent from a year earlier. 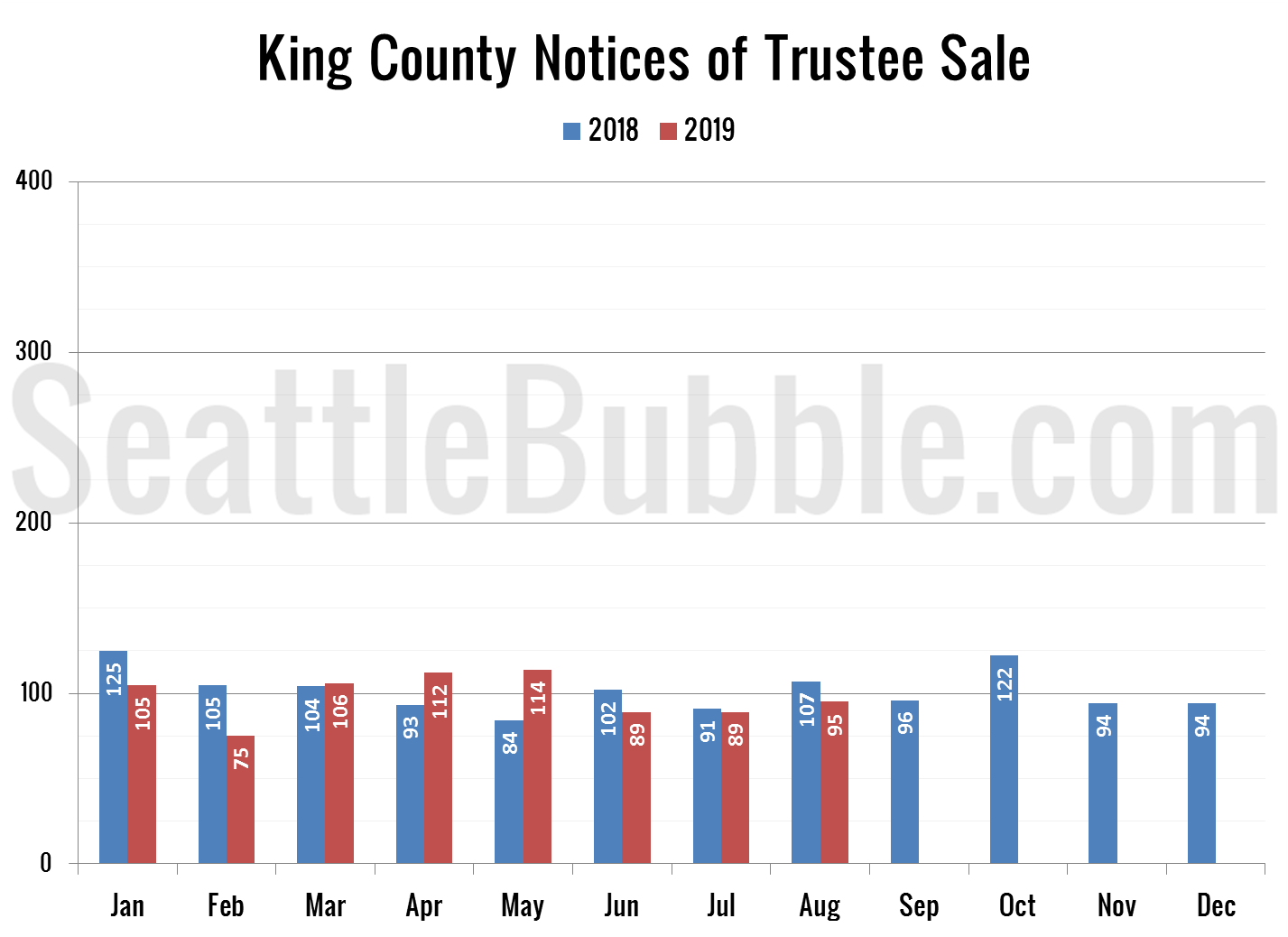 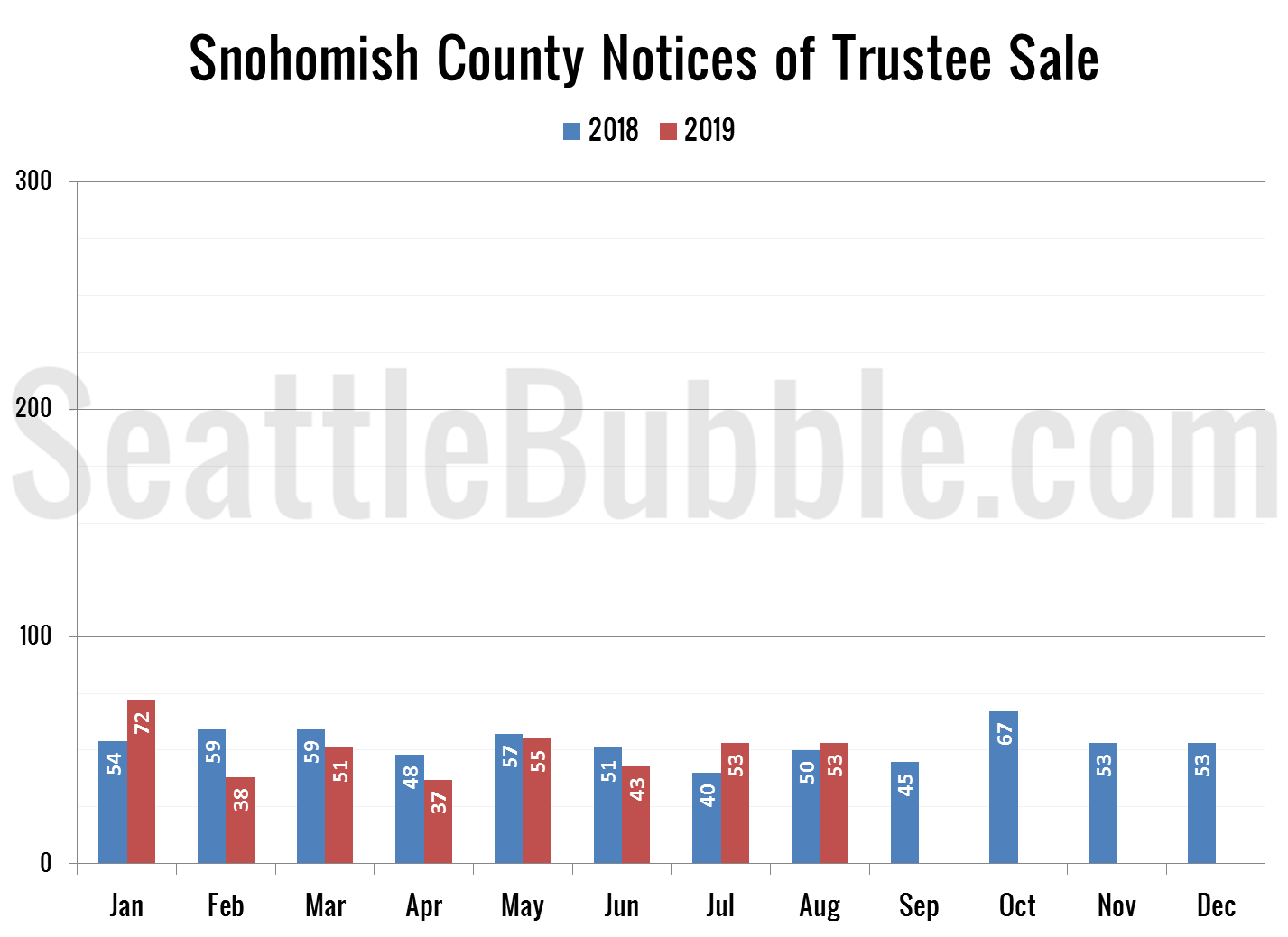 Foreclosure notices in both King and Snohomish Counties are still scraping along the bottom with fewer than 100 notices per month. Notices in King were down 11 percent from a year earlier, while Snohomish was up 6 percent, which is a difference of 3 additional notices. 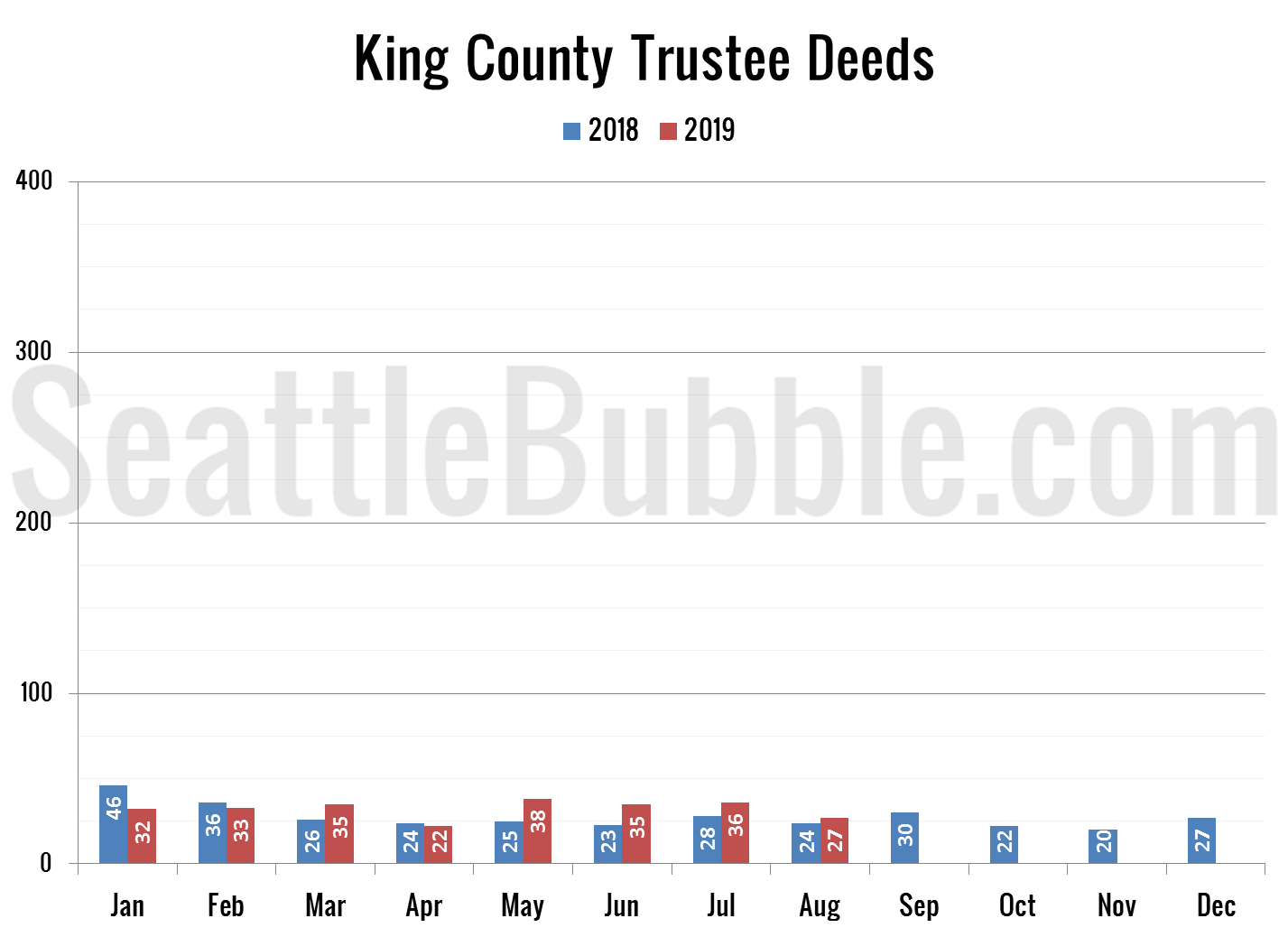