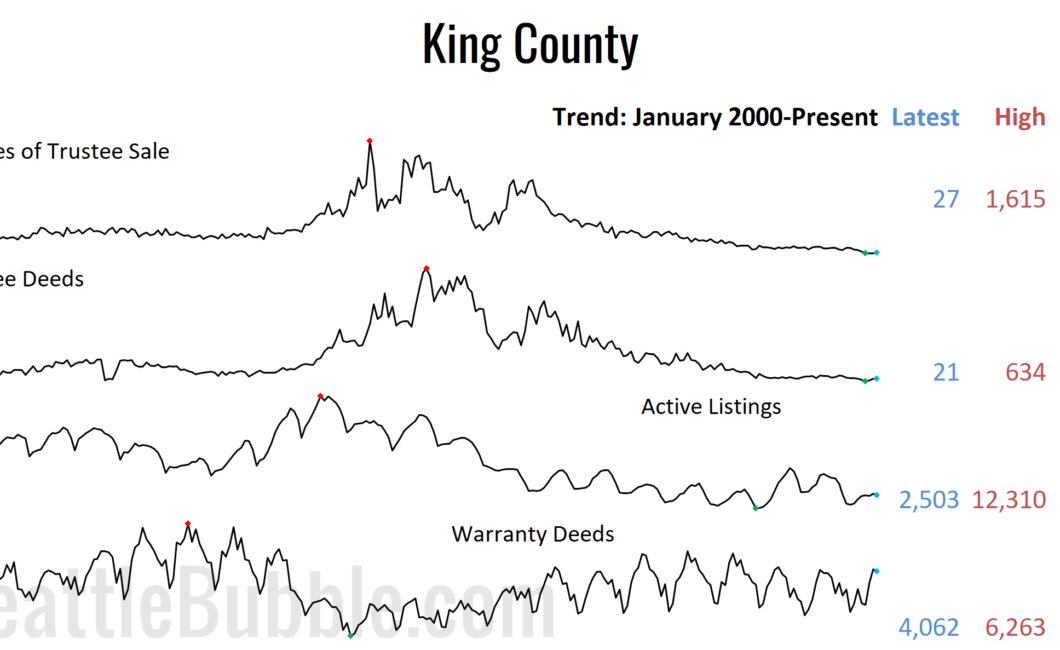 As we’re getting back into the swing of things, let’s check out the housing stats for the recently-completed month of August. Overall it’s the same story we’ve been seeing for quite some time: Sales are up and listings are way down from a year ago. Foreclosures are practically non-existent (which was the case even before the various mortgage forbearance programs went into place). 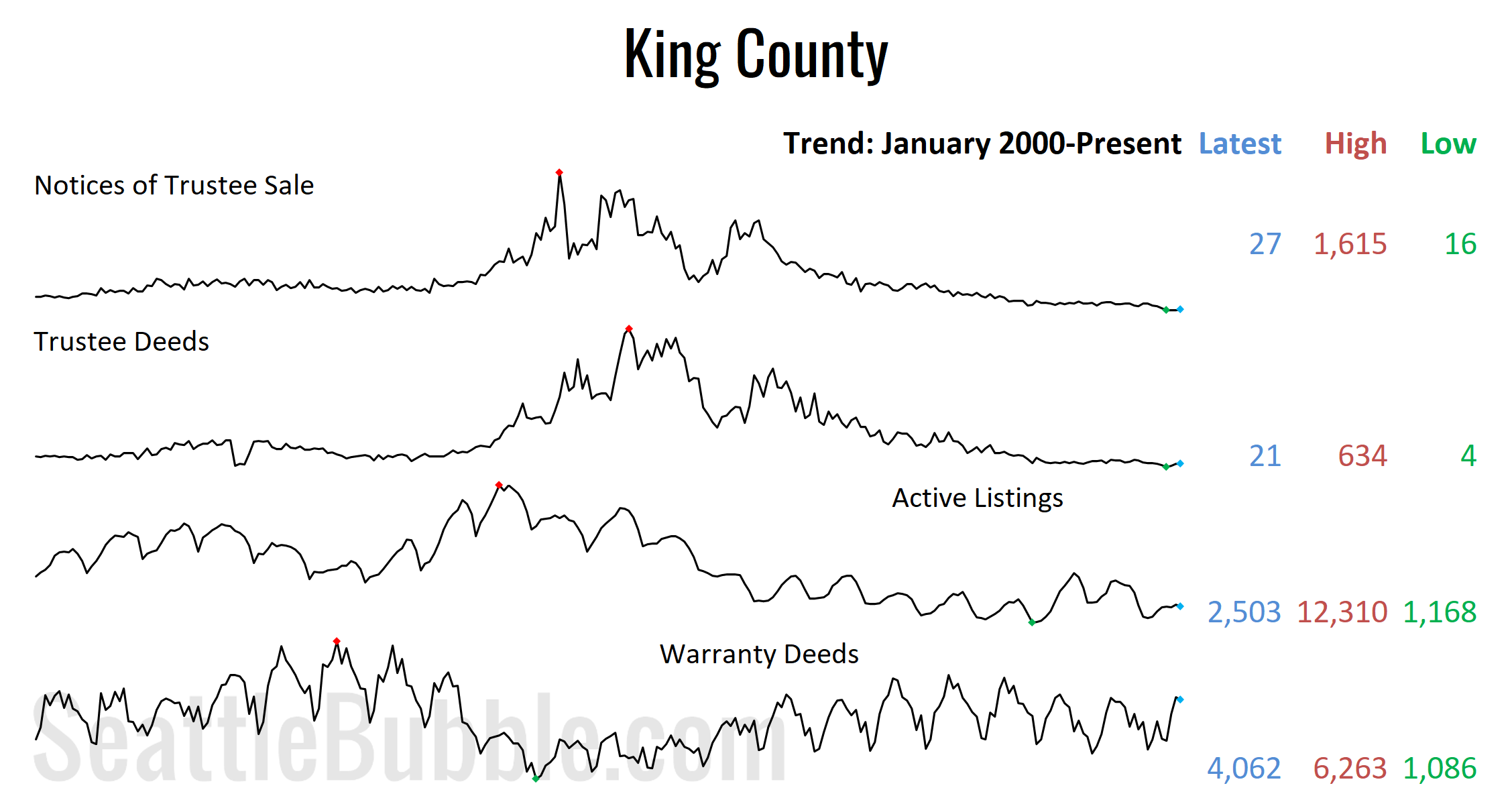 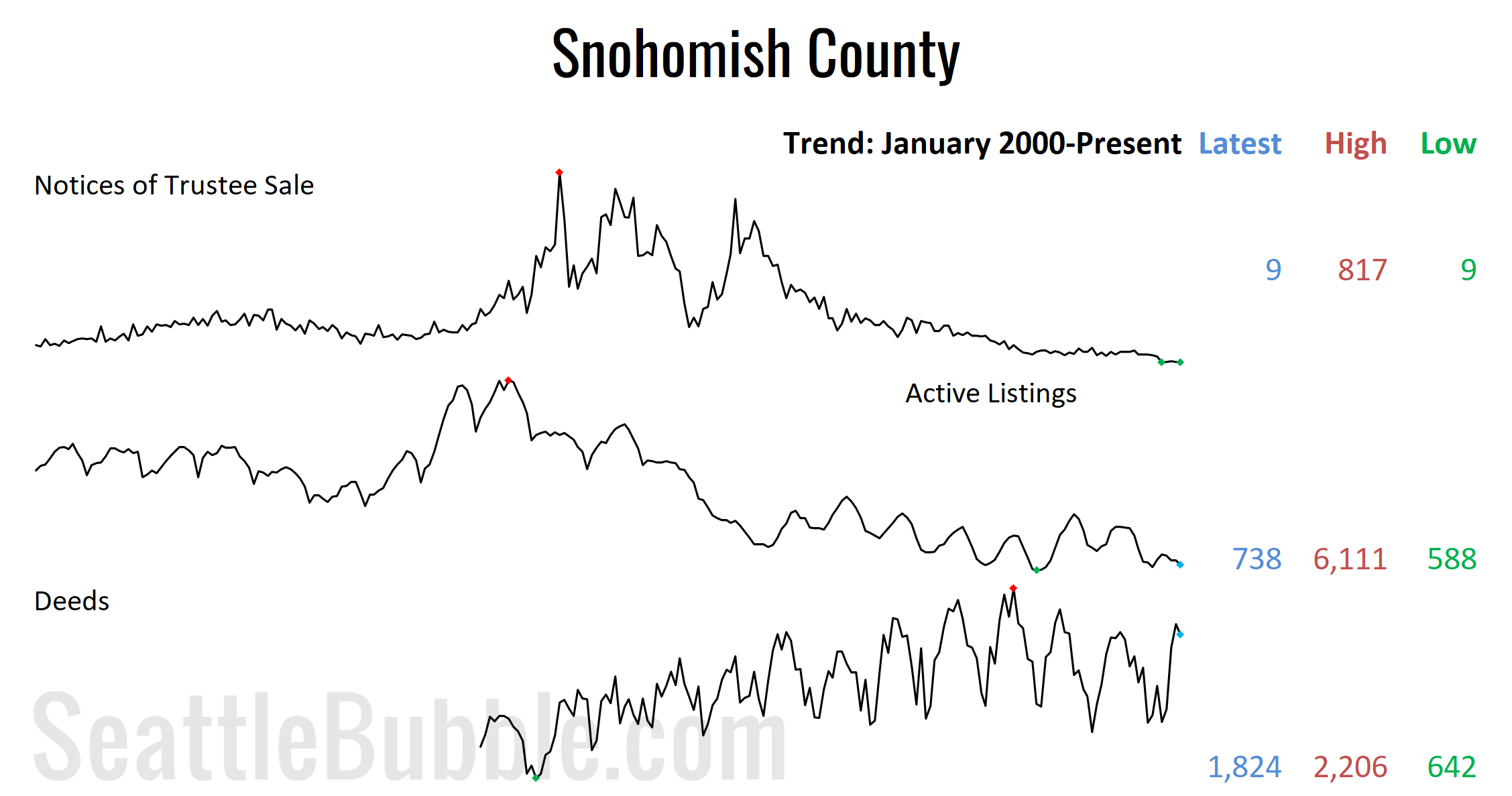 Rapidly decreasing inventory coupled with continued year-over-year gains in sales is still the biggest news in this month’s data. First up, let’s look at total home sales as measured by the number of “Warranty Deeds” filed with King County: 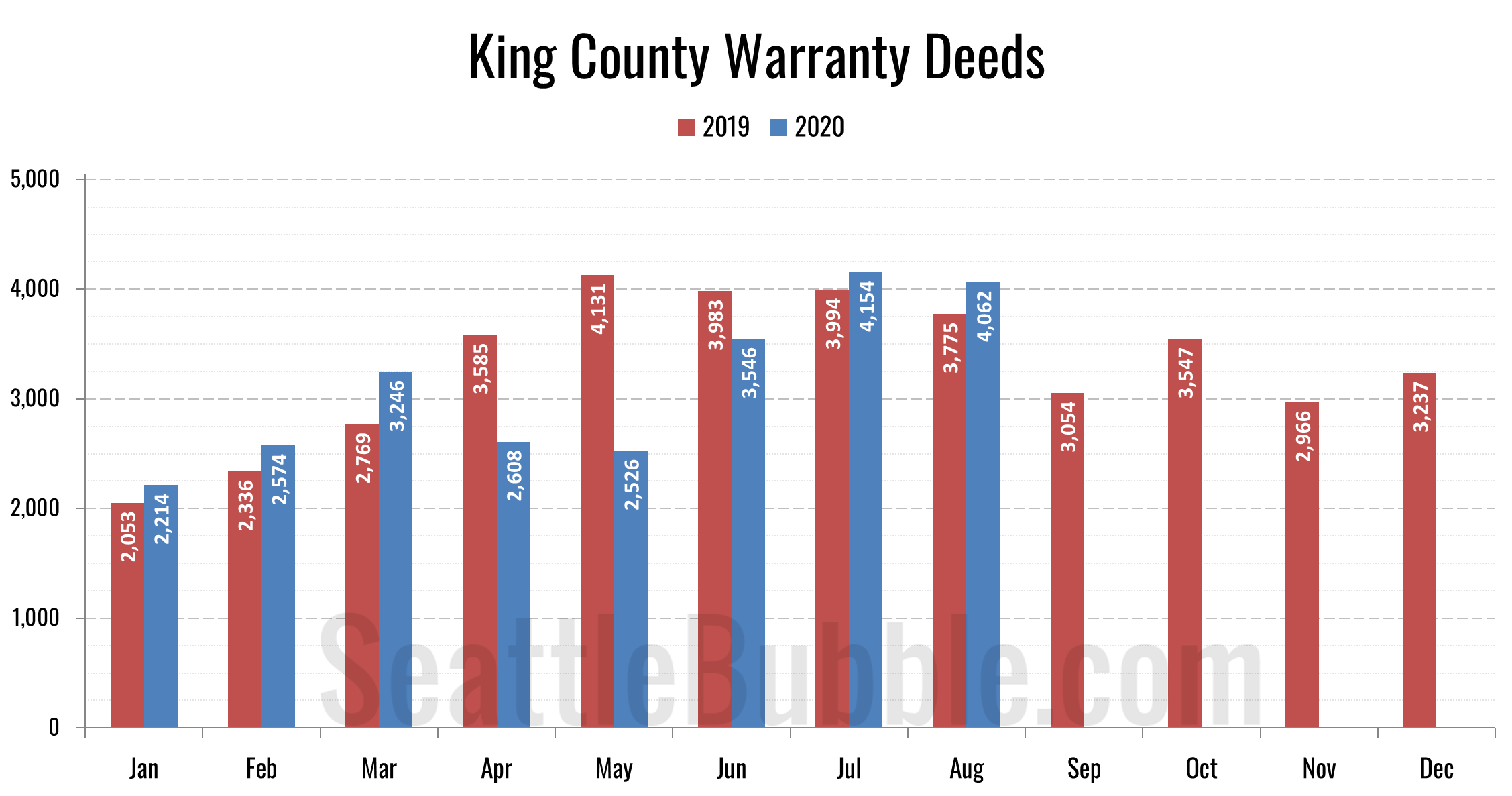 Sales in King County fell slightly (-2.2%) between July and August (a year ago they fell further—5.5%—over the same period), but were up 7.6 percent year-over-year. 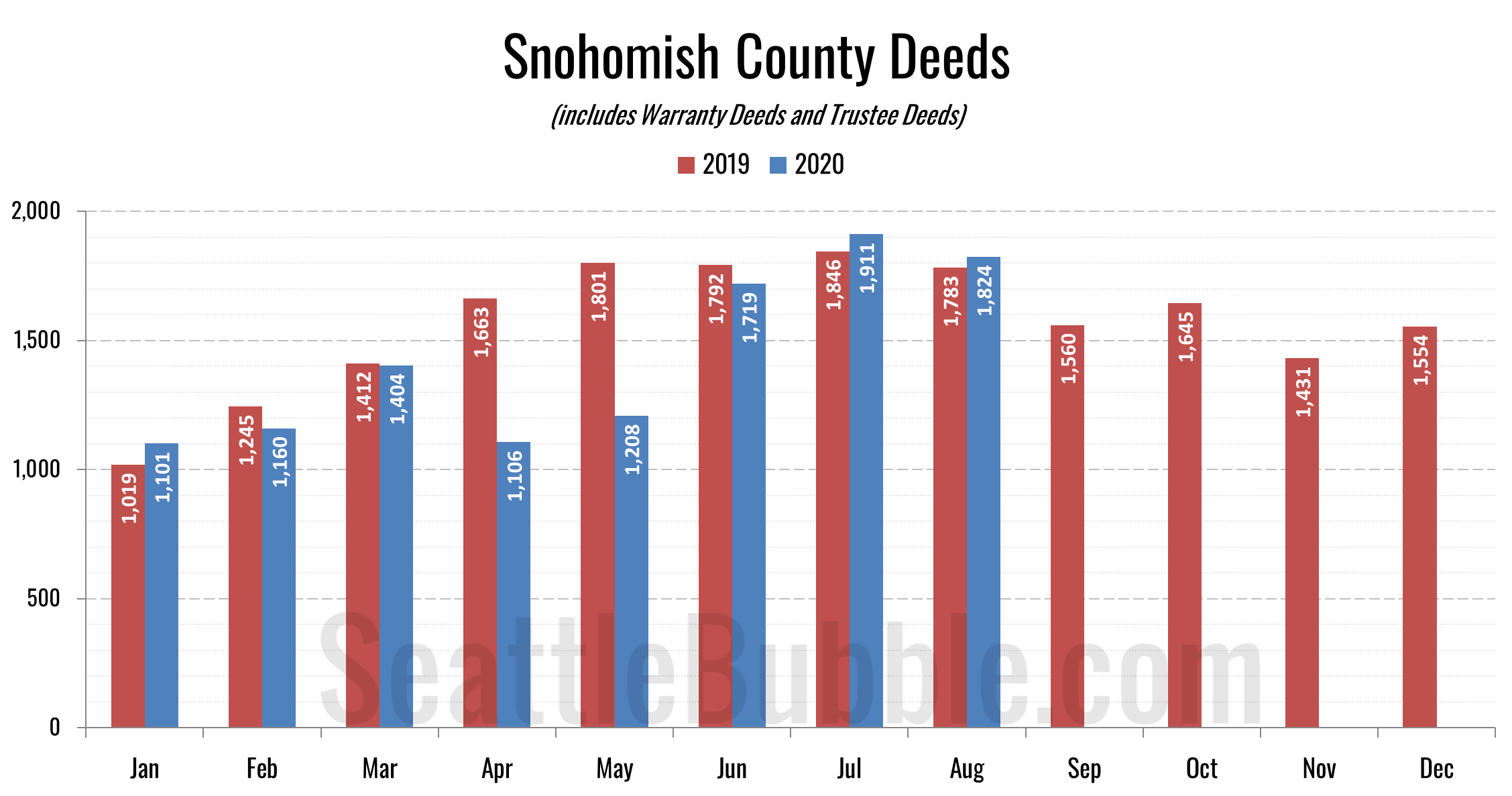 Deeds in Snohomish fell 4.6 percent month-over-month (versus a 3.4 percent decline in the same period last year) but were up 2.3 percent from a year earlier. 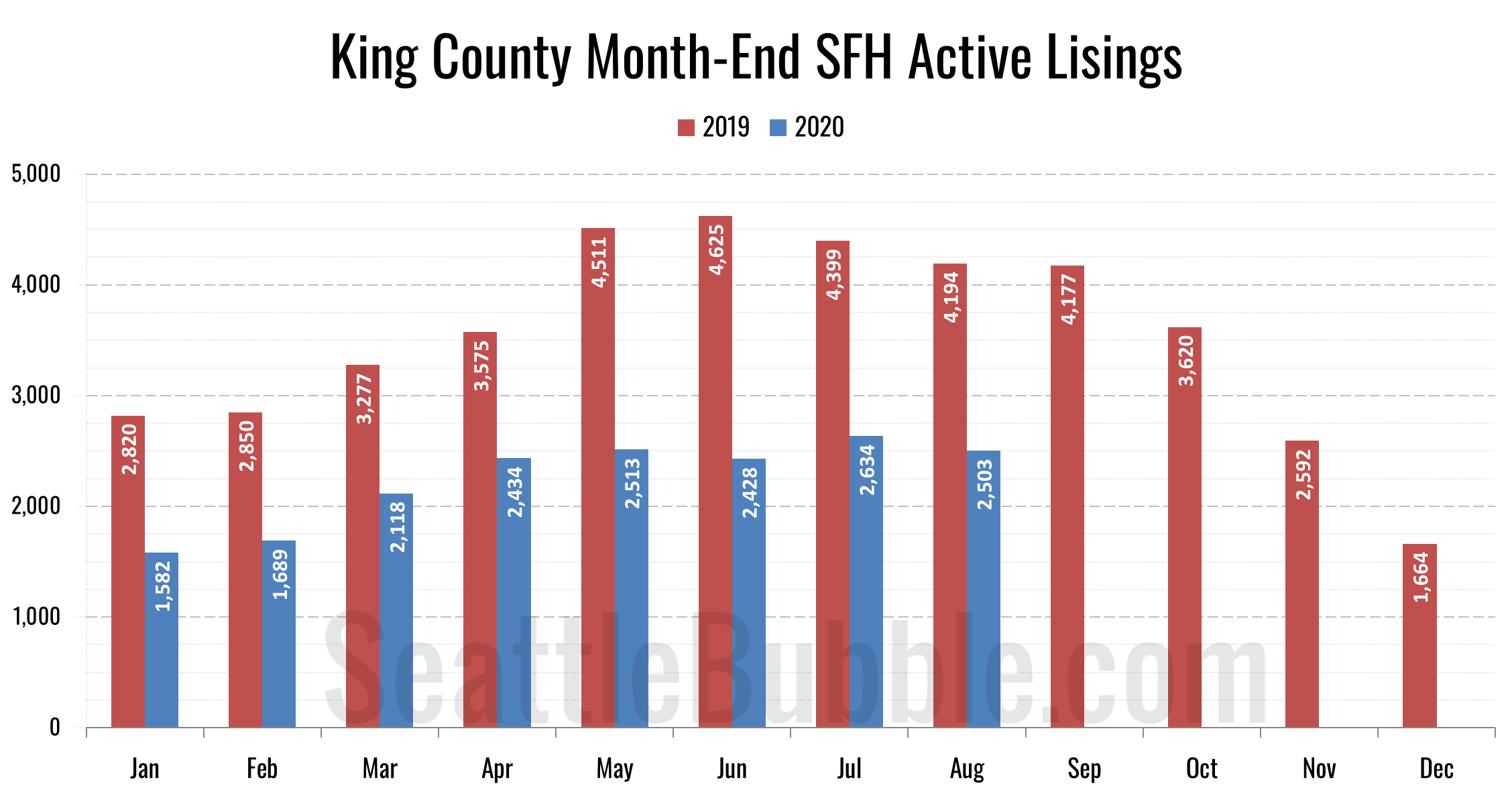 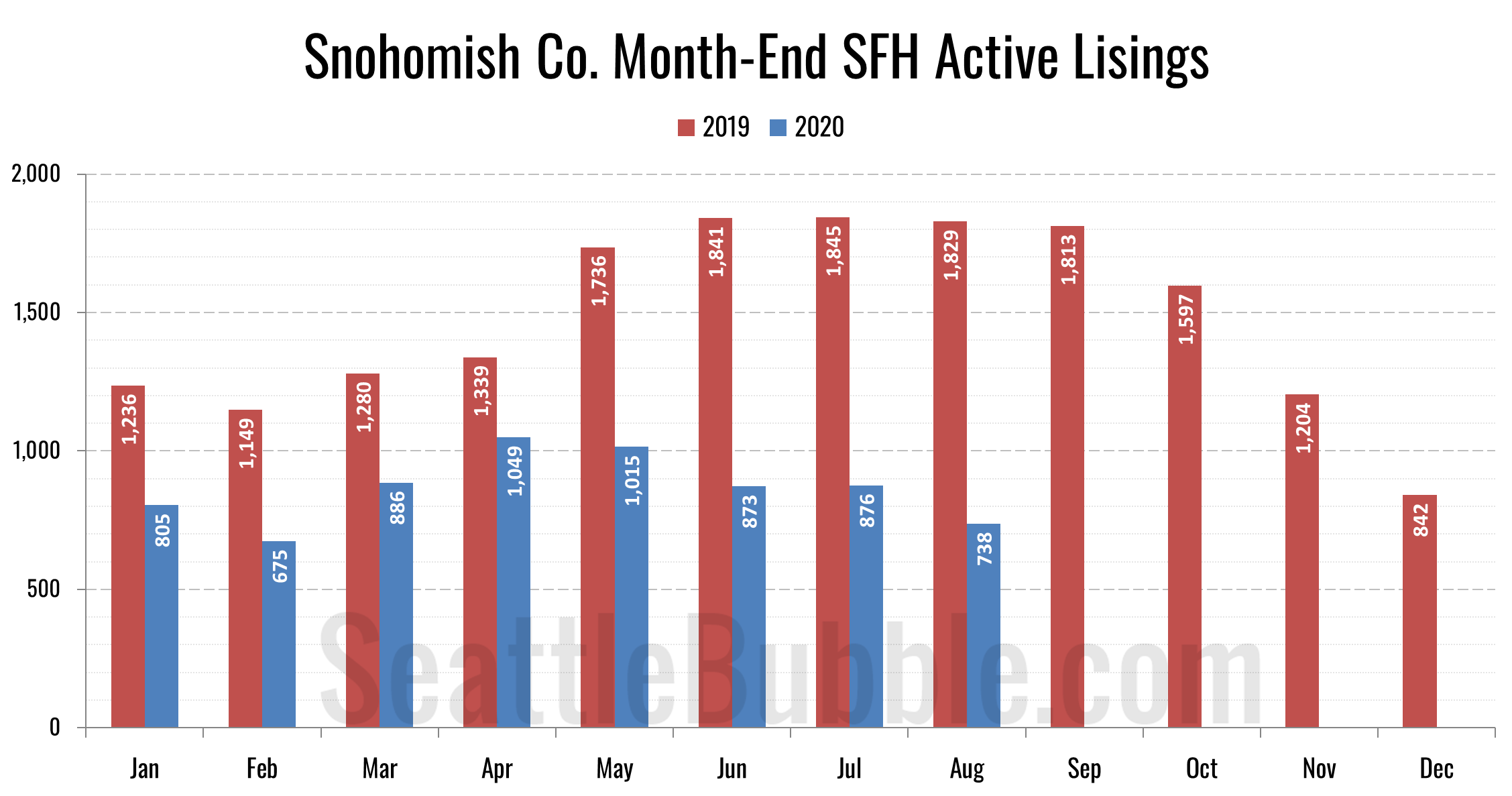 The number of homes on the market in King County fell 5.0 percent from July to August. Year-over-year listings were down 40 percent from August 2019. There has been a severe shortage of homes for sale in the Seattle area all year, even before the pandemic began depressing listings.

In Snohomish County inventory fell 16 percent month-over-month, and was down 60 percent from a year earlier.

Hit the jump for the foreclosure charts, which I continue to include for posterity, not because there are any really interesting numbers in them. 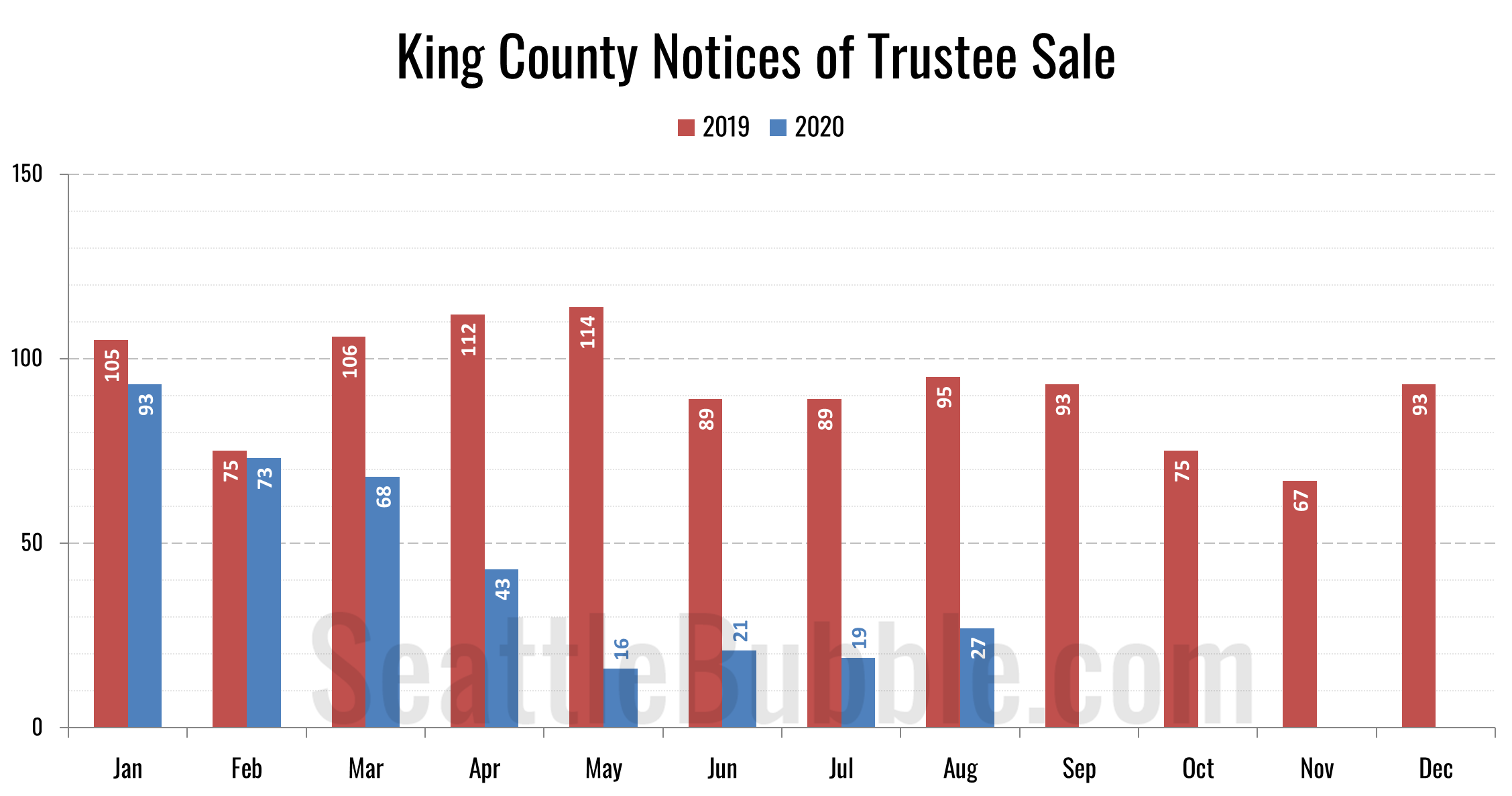 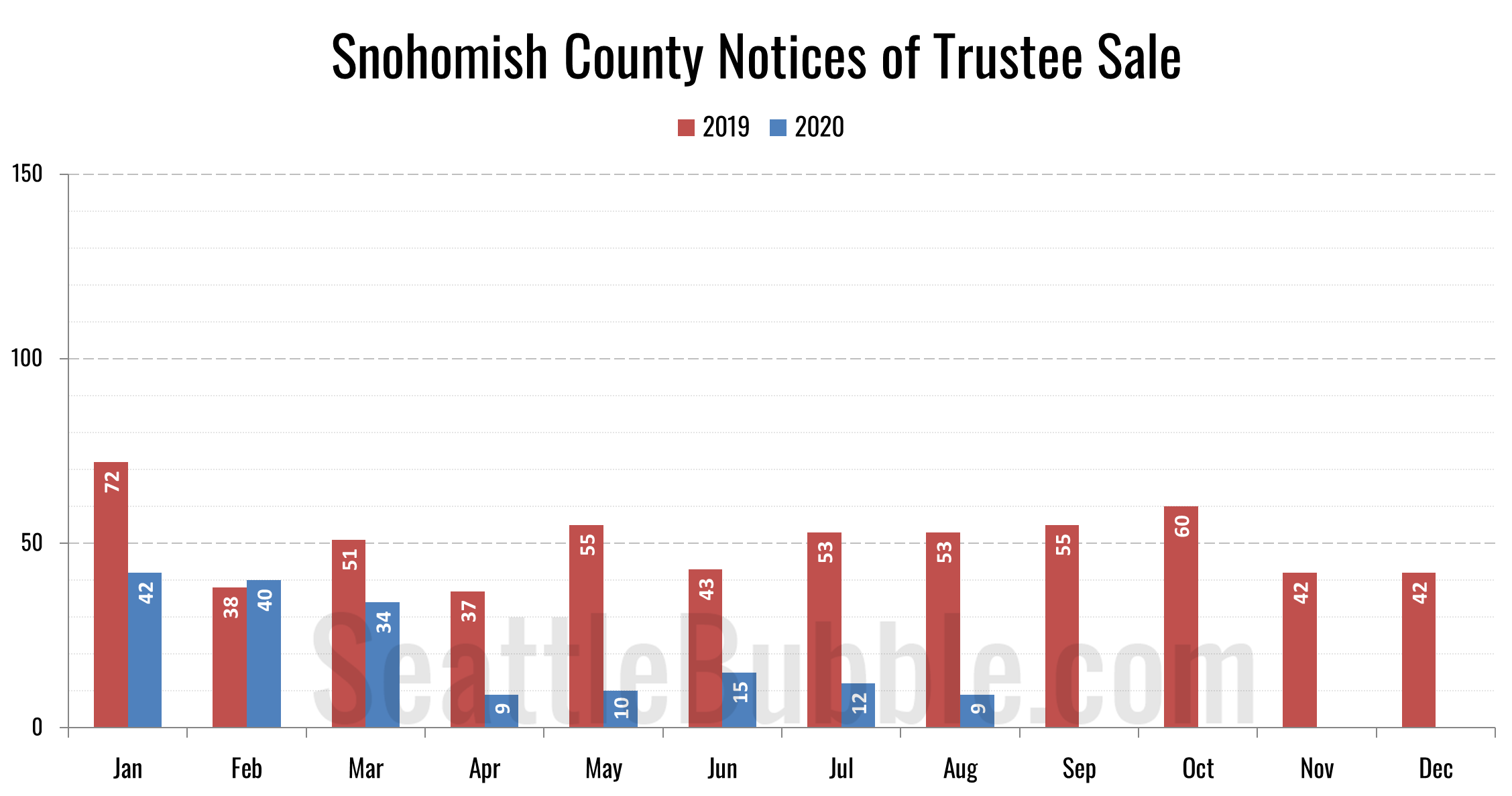 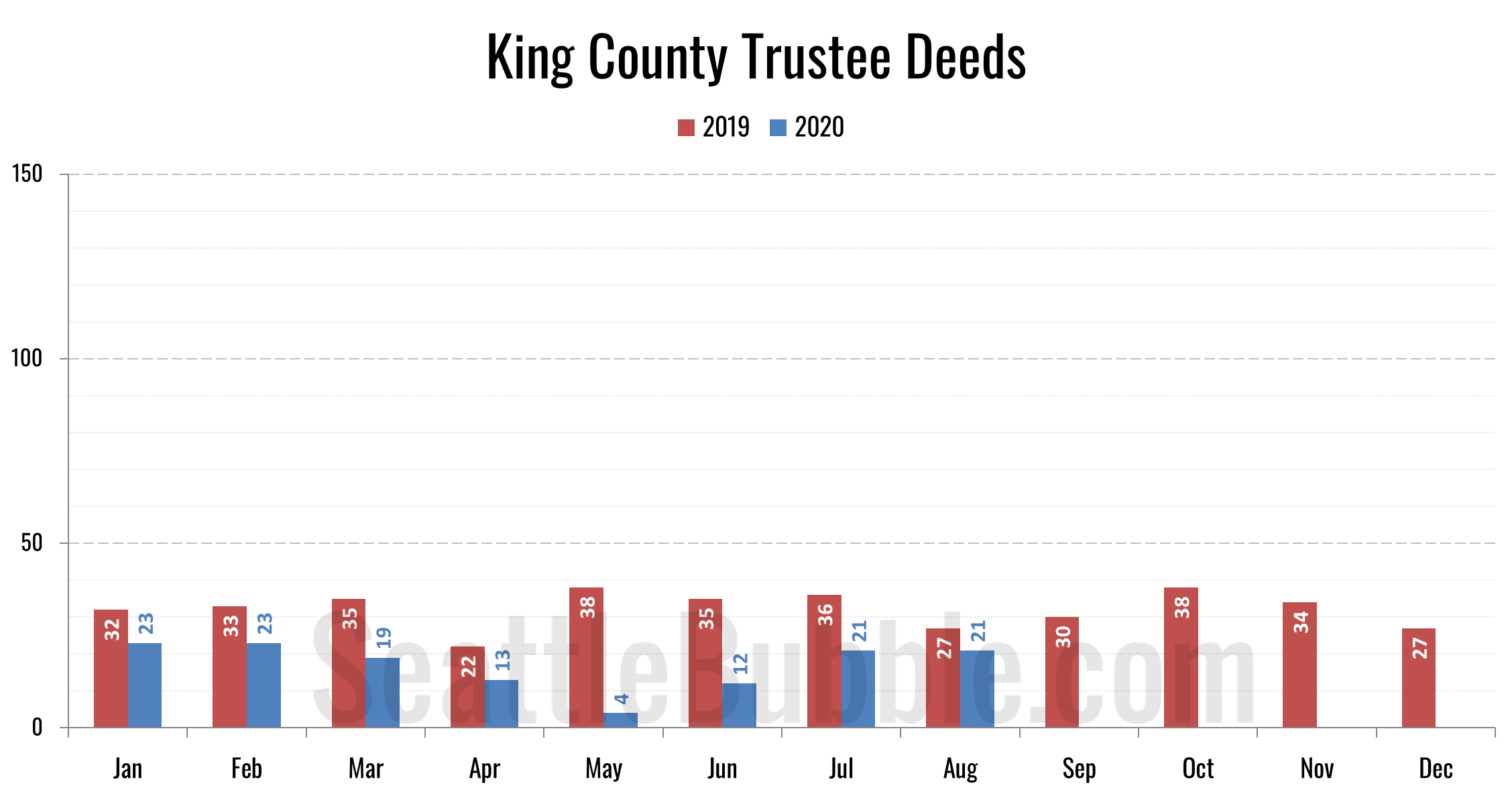 Trustee Deeds were down 22 percent from a year ago. Even with as strong as the housing market is, 21 homes were still foreclosed on last month in King County.