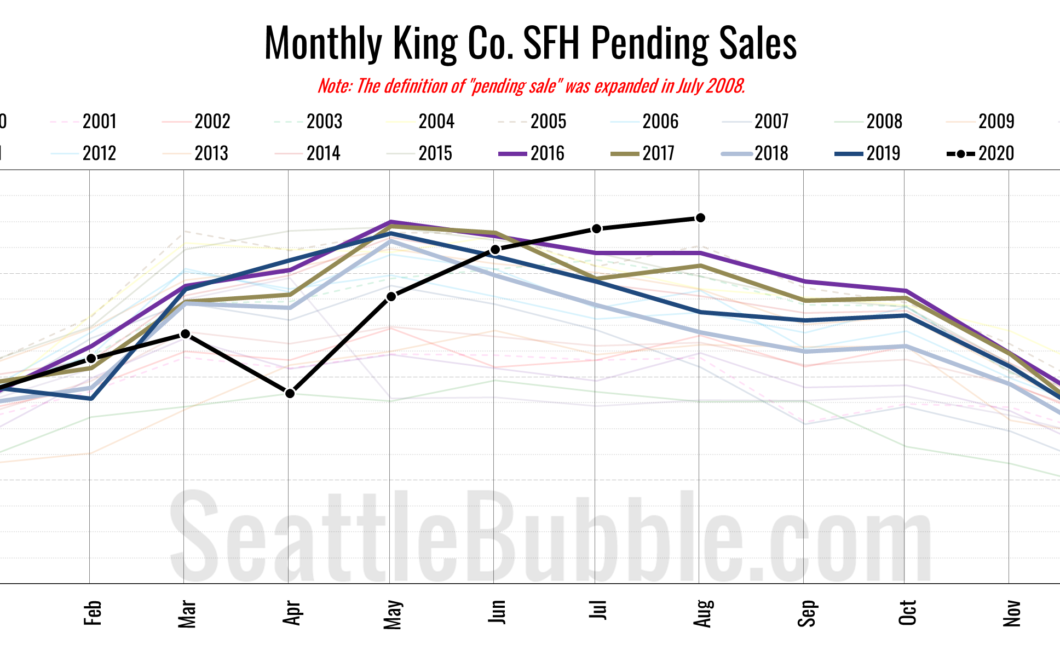 August market stats were published by the NWMLS on Friday before the holiday weekend. The King County median price of single-family homes rose over 10 percent year-over-year for the first time since May of 2018. Inventory is way down from a year ago, and pending sales climbed to an all-time record high.

Would-be homebuyers have more buying power, but also more competition for meager inventory
“In order for buyers to be successful in purchasing a home in today’s climate, they have to do some pretty illogical things,” remarked Wilson, the Kitsap regional manager and branch managing broker at John L. Scott Real Estate in Poulsbo. As examples, he listed waiving inspections, paying more than the house is worth, or agreeing to pay the difference in cash between the lower appraised value and the sales price. “These are counterintuitive to what we used to see with a negotiation process,” he lamented.

“The lowest number of homes for sale in more than 20 years combined with the lowest mortgage rates on record are resulting in the perfect storm of frustration for buyers – but they are still out in force,” stated Windermere Chief Economist Matthew Gardner. “The few homes that are on the market are being snapped up quickly, and this excess of demand is causing record-high prices for single family homes in the Puget Sound area.” He also noted rising demand for lower density housing in outer suburbs.

I still find it quite amusing that Matthew Gardner is now the Chief Economist at Windermere. 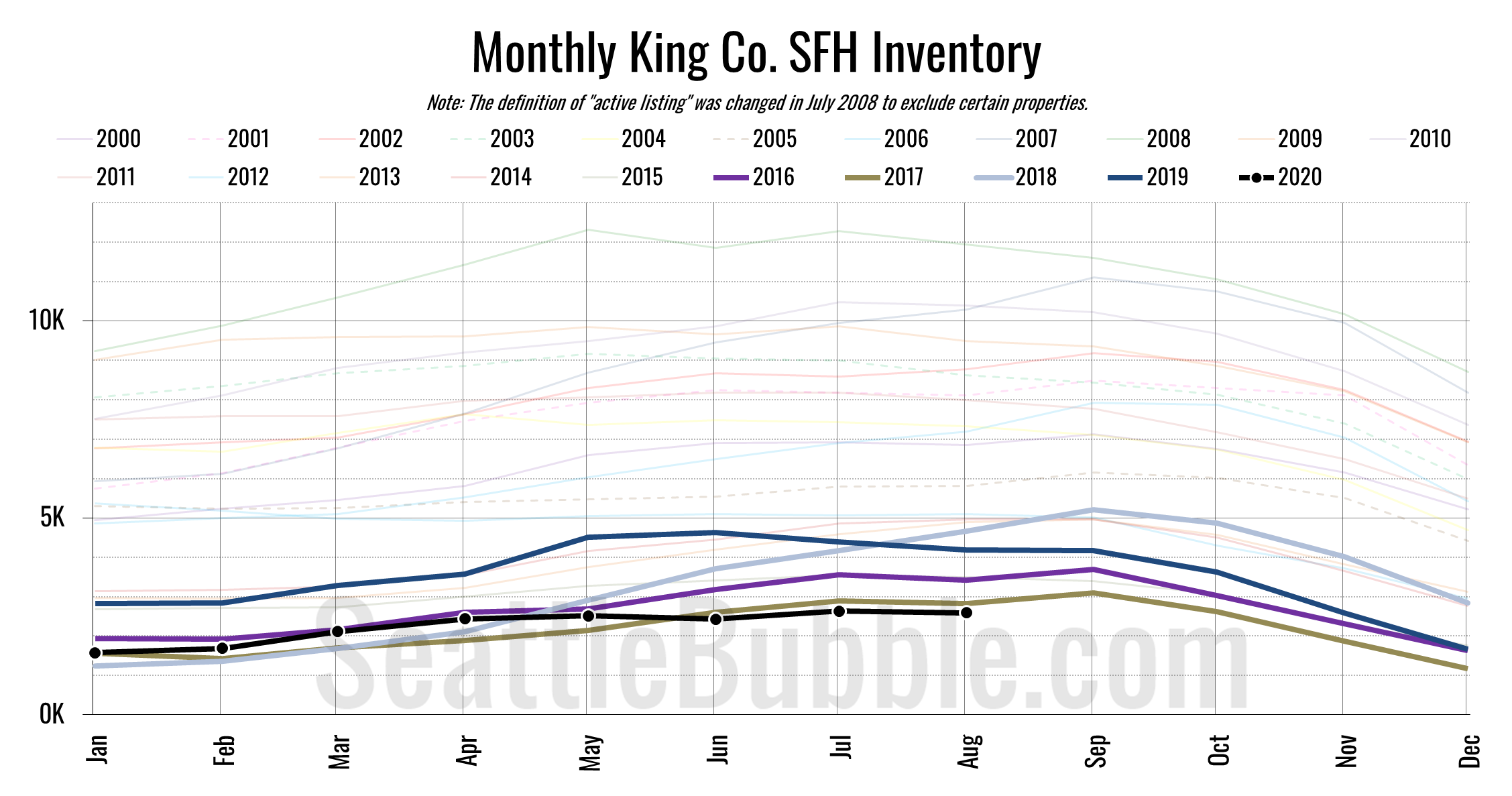 Inventory fell 1.7 percent from July to August, and was down 38 percent from last year. We’re not currently at an all-time low for the number of homes on the market, but this winter is shaping up to hit a new low unless something changes dramatically. 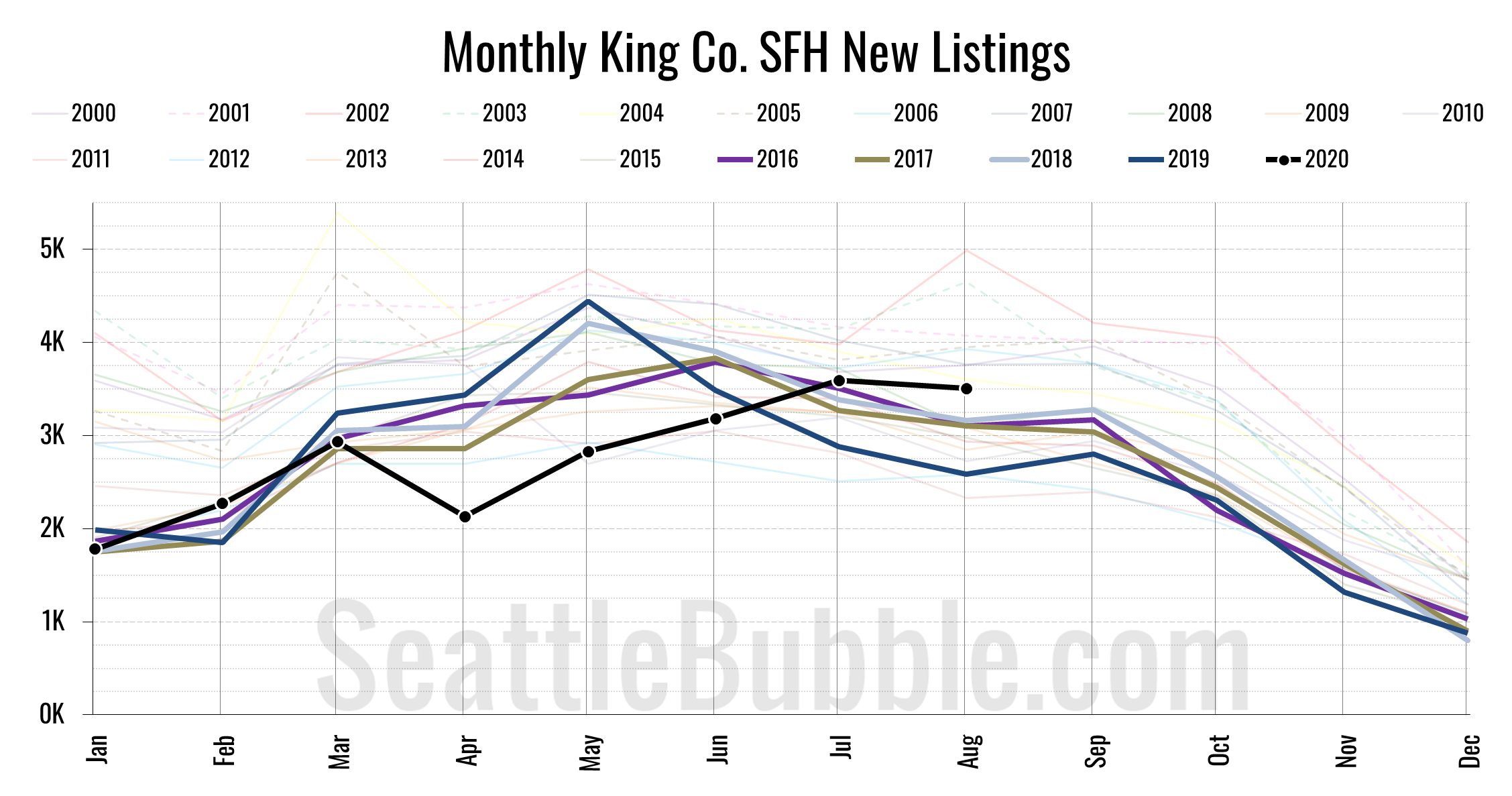 The good news is that new listings were up 35 percent from a year ago, and did not decline nearly as much between July and August as we see in a typical year. 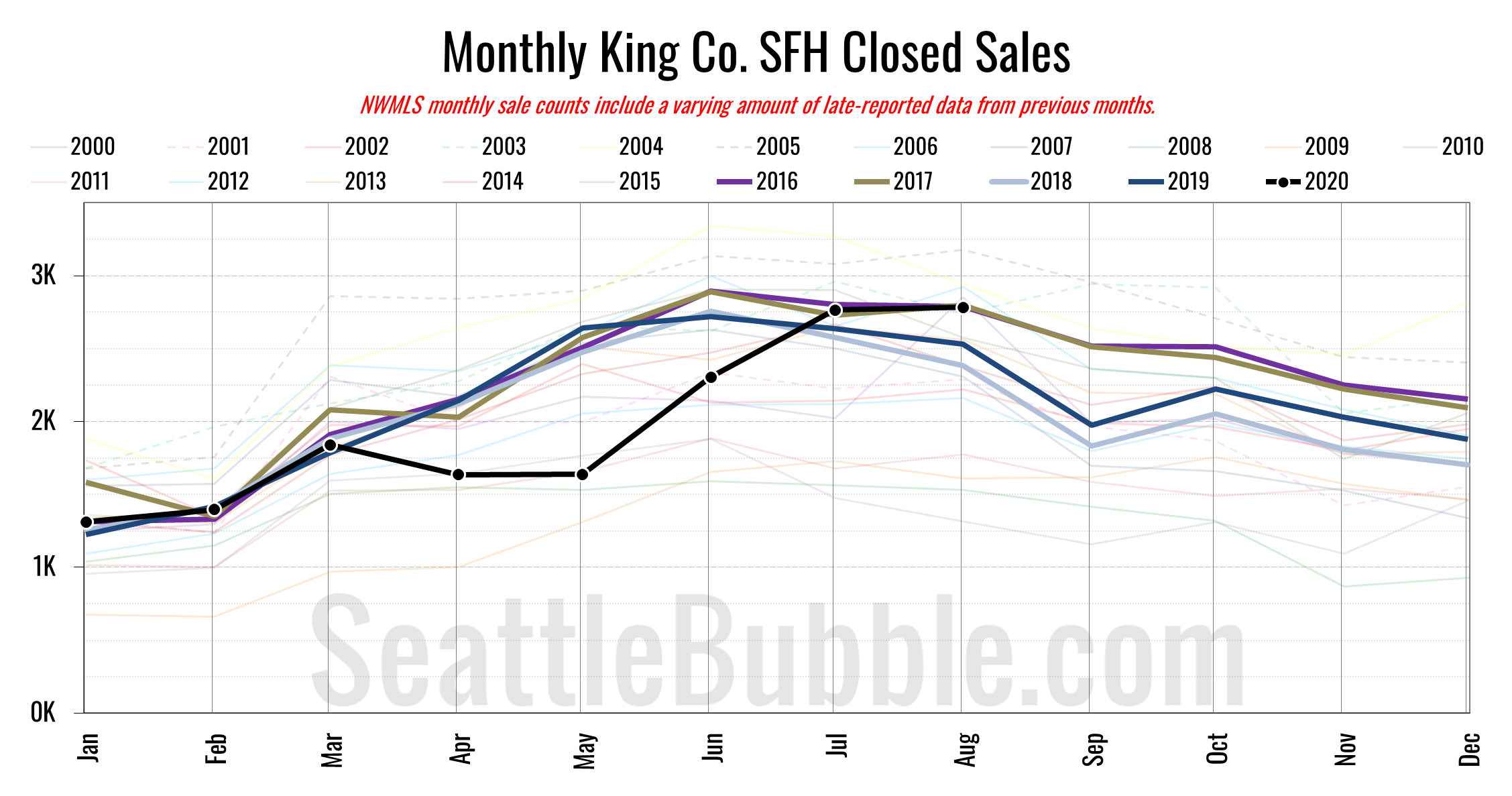 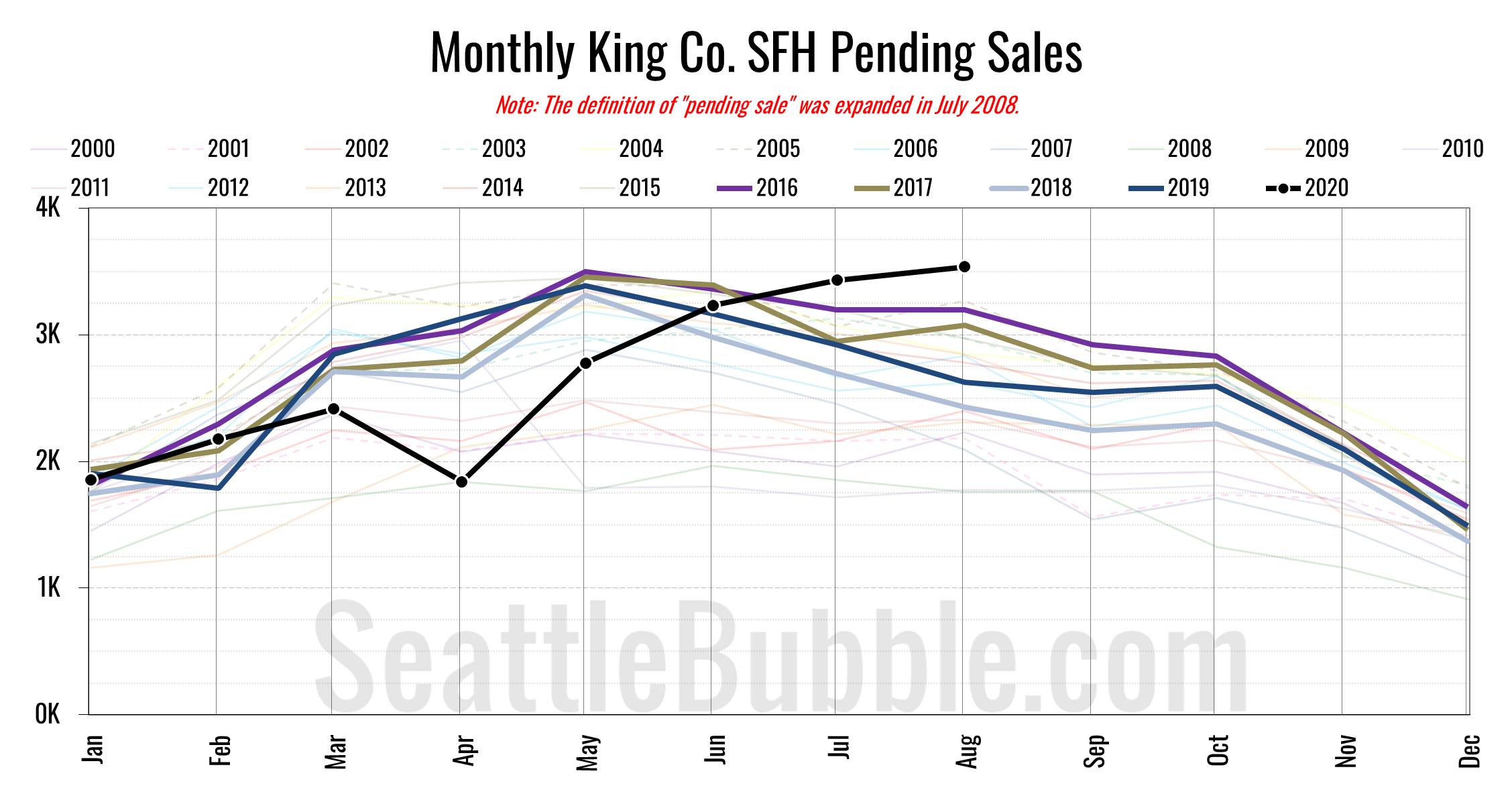 Pending sales rose 3 percent from July to August, and were up 35 percent year-over-year. No month on record going all the way back through 2000 has seen more pending sales than we saw in August. For Seattle-area homebuyers, the recession is apparently non-existent. 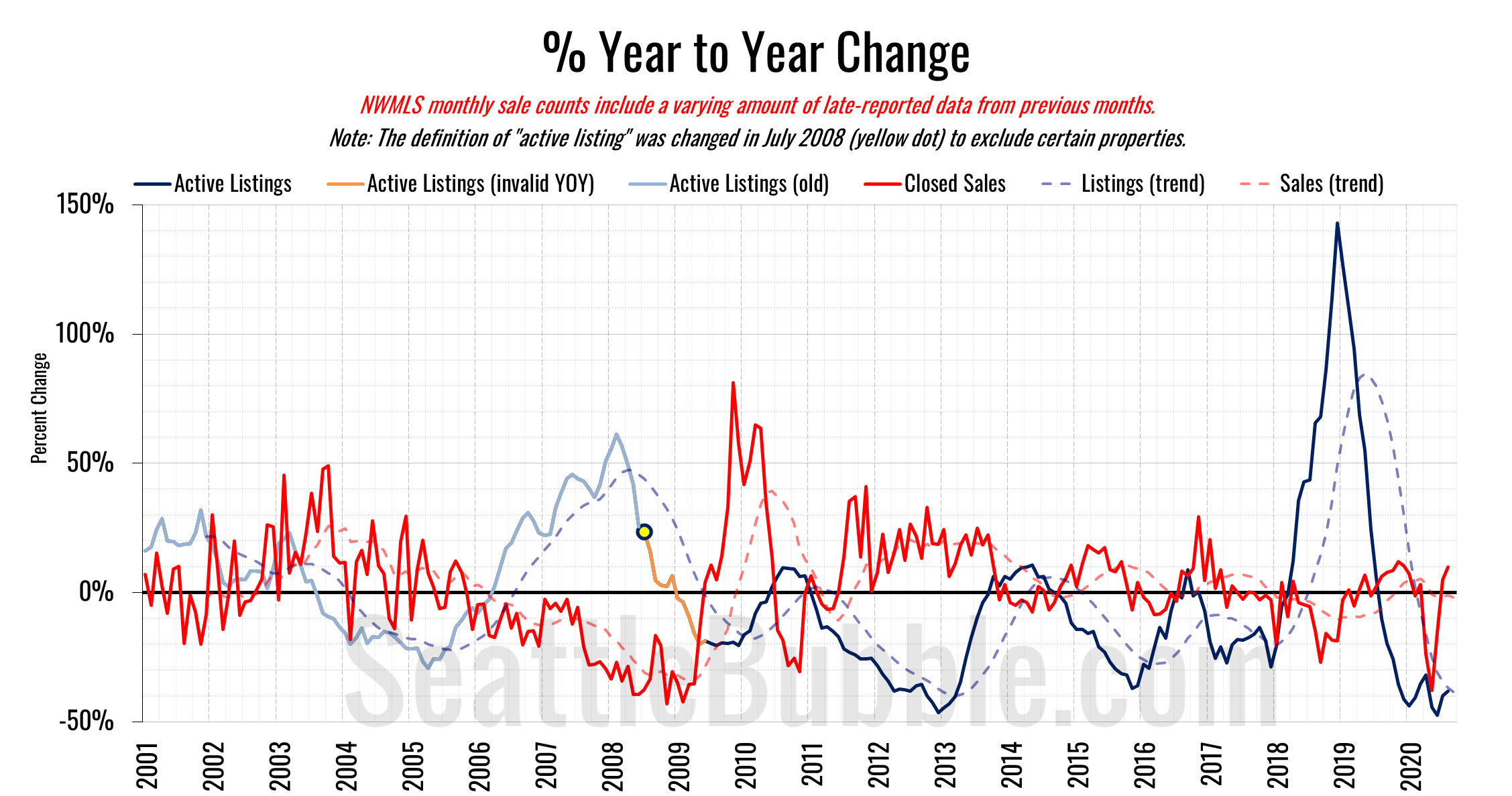 Not a pretty picture for homebuyers, with demand on the rise and supply falling. 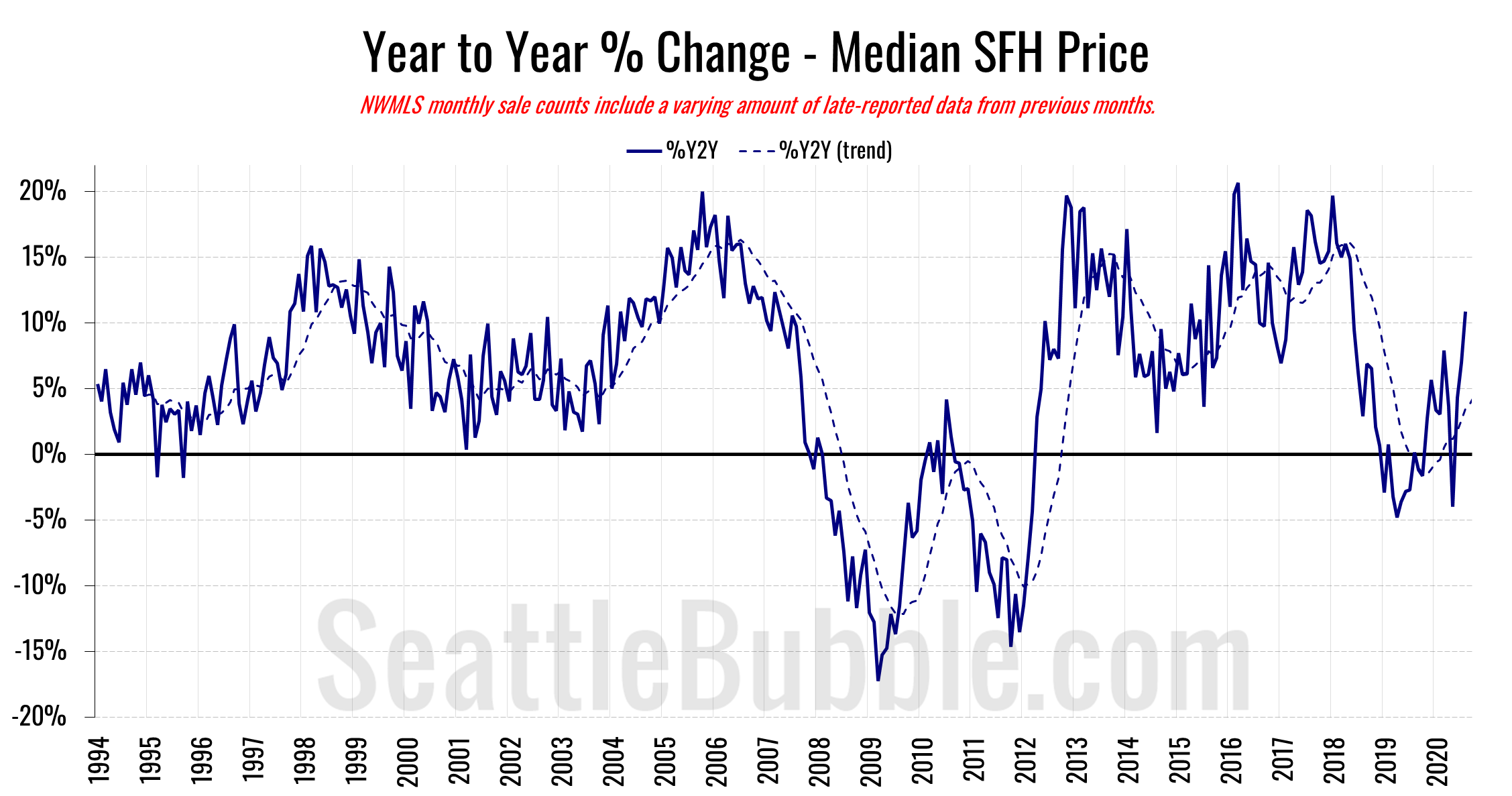 Year-over-year home price changes jumped up to over 10 percent for the first time in over two years. 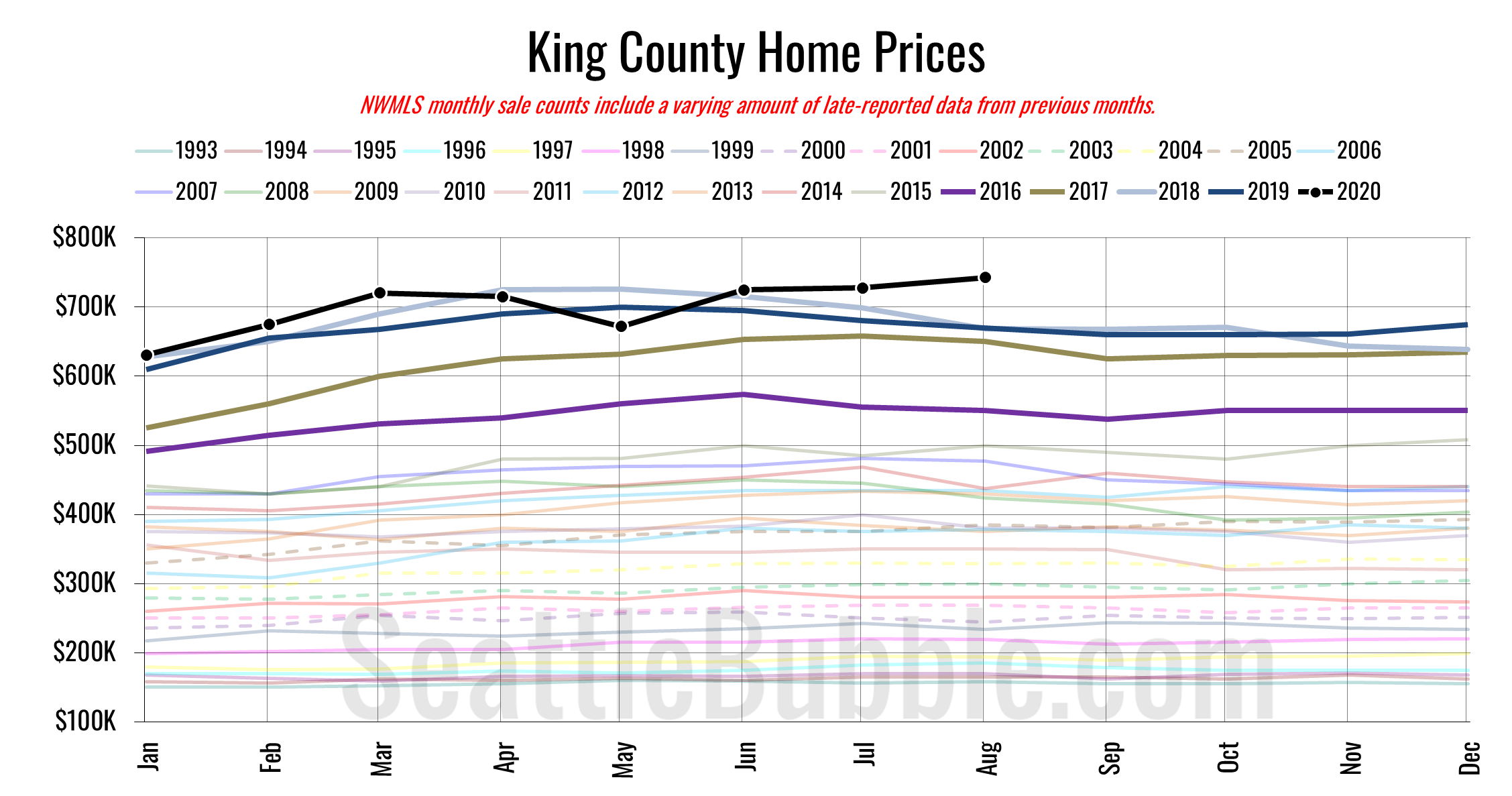