Time for our August update on Foreclosure activity in King, Snohomish, and Pierce counties. First up, the Notice of Trustee Sale summary:

As we predicted last month, Senate Bill 5810 seems to be resulting in a bit of a lull in foreclosure activity as the extra 30-day pipeline fills up. Keep in mind that the new law only applies to owner-occupied homes, with mortgages minted between 2003 and 2007. Still, I am surprised that there were as many foreclosures last month as there were.

Here’s a simple look at how August’s foreclosures compare to the same month last year in each of the three counties: 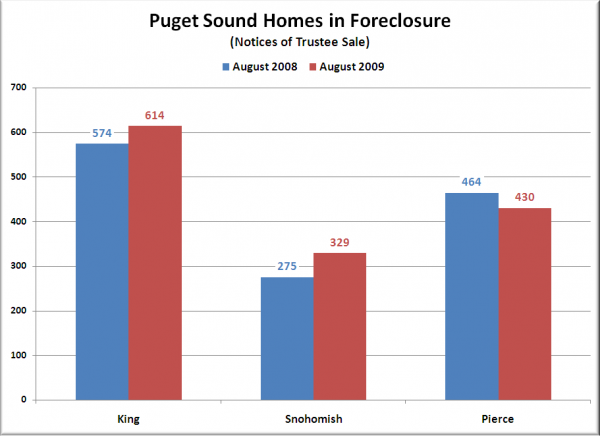 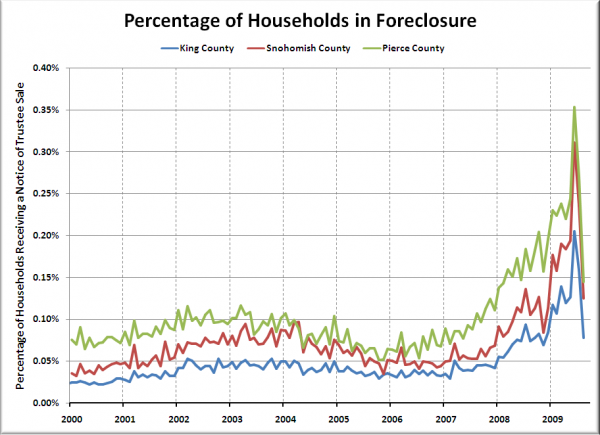 According to foreclosure tracking company RealtyTrac, Washington’s statewide foreclosure rate of one foreclosure for every 1,033 households was 30th worst among the 50 states and the District of Columbia (down from 13th last month thanks to SB 5810). Note that RealtyTrac’s definition of “in foreclosure” is much broader than what we are using.

Following are the usual charts of King, Pierce, and Snohomish County foreclosures from January 2000 through August 2009. Click below to continue… 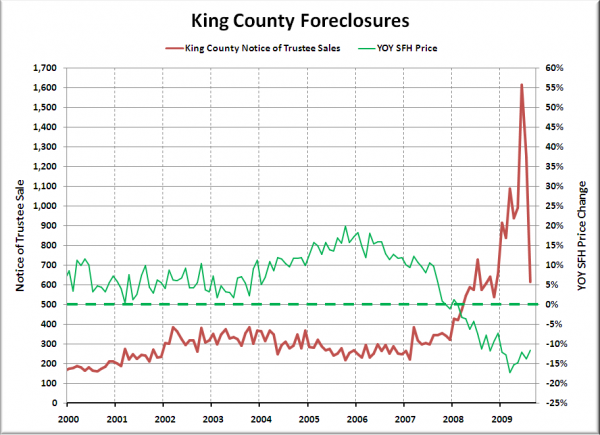 Down dramatically from the peak, but still at elevated levels. Will be interesting to see how it shapes up the rest of the year. 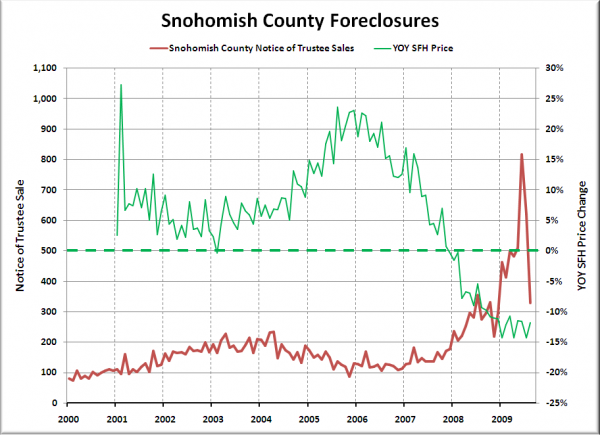 Pretty much the same trend in Snohomish County. 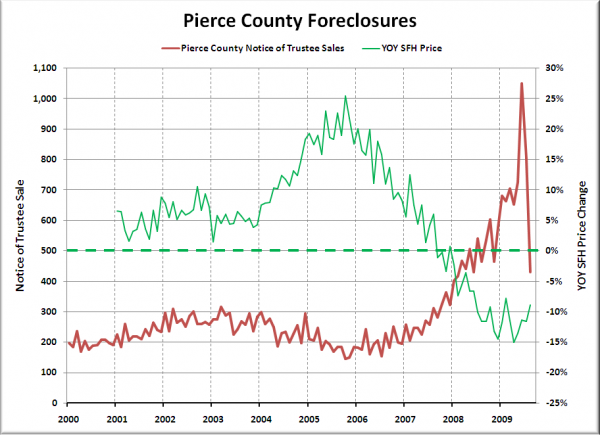